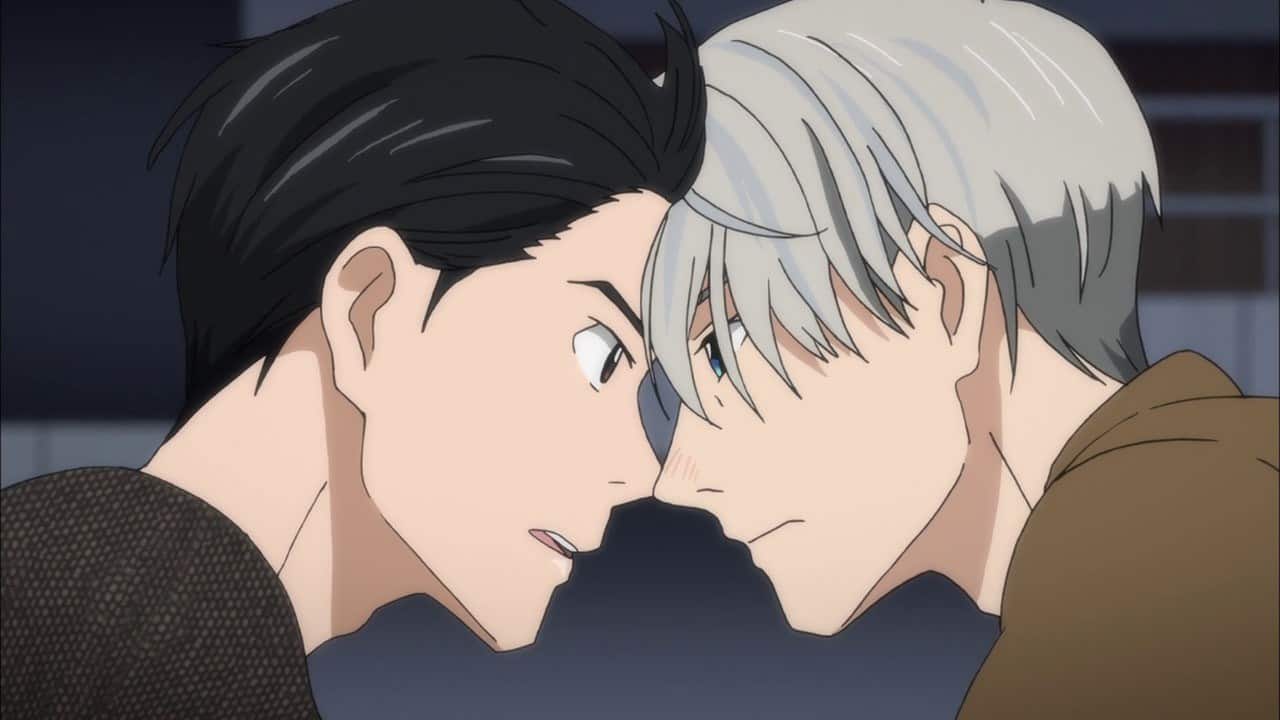 Yuri!!! on Ice is a sports anime franchise with original scripts written by Mitsurou Kubo. The anime and manga series is about figure skating and the television anime series was produced by Mappa Studios.

The official website for Yuri!!! on Ice the Movie: Ice Adolescence (Yuri!!! on Ice Gekijō-ban: Ice Adolescence), the anime film for the figure skating franchise, has released a trailer for the upcoming film. This teaser trailer was previously shown at a screening event for the original TV anime series in January 2019.

The trailer focuses on 17-year-old Victor Nikiforov, opening with the line, “There’s a first for everything”. A pigeon flies across the screen, leading many fans to believe that Victor must be at the Grand Prix Trophée Éric Bompard, which is known for pigeons flying around inside the venue. The trailer says it’s Olympics season.

Not much is known yet about the Yuri!!! on Ice the Movie: Ice Adolescence plot but it is expected to feature a young Victor at his first Olympics. The film is also expected to explore how figure skating takes over the young man’s life.

Four years ago, the first season of the television anime completed. The recent film news will reassure fans and clear up their doubts concerning the film’s production.

In September 2019, the production team announced that the film’s original 2019 opening date is delayed. The announcement, at that time, explained the reason for the delay as “in order to substantially scale up the content more than originally planned.”

In 2017, MAPPA, the studio behind the anime, released an announcement that a movie called Ice Adolescence would be released, with nothing more than a poster of Victor standing with Makkachin, his dog, in an icy environment.

After a long period of silence, which left fans doubtful about the movie, MAPPA suddenly released a statement last month apologizing to fans “for the circumstance and ask for generous understanding”. The statement was, essentially, intended to reassure fans that the production team was still working hard on the film.

The last episode of the 2016 anime ended with the teaser, “See you next level”; however, up till now, there hasn’t been any update for a second season and with the movie focusing heavily on Victor, there may not be enough screen time for Yuri.

We've added a teaser PV, which was exclusively released at last year's theatrical screening of Yuri!!! on ICE TV series, to YouTube. pic.twitter.com/tblADLgQBG

Yuri!!! on Ice was well received upon its release, swiftly rising to popularity in 2016. It was amply praised for its skating animation, realistic portrayal of mental health, and the romantic relationship between two of its skating stars, Yuri and Victor.

We hope the production process for the movie hastens up and we get to see our favorite figure skaters in 2021.