After 30 Years, “Flashback” Gets a Sequel!

The Netflix original anime, Yasuke, is a historical adaptation of the black samurai who served in the army of Oda Nobunaga and has been released globally. It is one of the most anticipated anime of 2021.

The anime is loosely based on 16th-century Japanese history and is directed by LeSean Thomas (Cannon Buster, Legend of Korra). It’s animated by Studio Mappa.

Please note that this review contains what may be considered to be a spoiler or two.

The animation and art style in this show is top-notch. We expect nothing less from Mappa. The environment, scenery, background imagery, and landscapes are beautifully crafted to depict 16th-century Japan in its full glory.

The fight scenes are vibrant and thrilling, leaving a bloody mess in their wake– exactly what to expect from a show about blood and honor. Mappa’s major use of 2D animation has a huge impact on the fight scenes, making them all the more serious and gory. 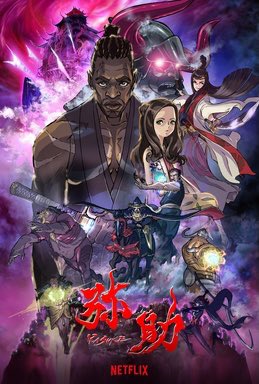 Each of the six episodes runs for half an hour, and Yasuke uses this to good effect.

The pacing is constant and the anime enlightens us on Yasuke’s past through the use of flashbacks. These flashbacks show Yasuke during his samurai days and the events that led up to his present condition.

The characters and voice acting are quite good. LaKeith Stanfield gives a very good performance as Yasuke (he actually doesn’t have a lot to say as Yasuke is a very reserved character).

The girl with powers named Saki and the rest of the cast also do well in their roles but characters like the robot and the Shaman bring no logical development to the show.

Moreover, it’s questionable that people are so surprised to see a black man but do not replicate this shock when they see a fighting mecha or a girl who can change into an animal.

Yasuke does bring up the deeply entrenched issues of racism and sexism and we can only imagine how 16th-century feudal Japan would have treated a black man– regardless of his skills as a samurai.

The sound in this show is amazing!

The opening and ending theme songs will keep repeating in your head long after the show is over and the fast-paced beats that grace the sword fight scenes add extra spice to the bloody scenarios yet to unfold.

The main plot of the series sees Yasuke act as a guardian to a girl with powers in a fantasy adventure storyline.

Make no mistake, this might be good in its own right but this show would have performed better if it just stuck to Yasuke’s past samurai life, as the “power issues” felt forced and unnecessary. The whole fantasy plot led to limits on the titular character, Yasuke himself.

Overall, Yasuke is a good series, worth the watch even though it fails to deliver on its promises. Additionally, the powered-up characters and that agonizing battle in the last episode serve to confuse the plot more.

Nevertheless, this is likely not the last we will see of Yasuke. A second season is highly probable.