The Ya Boy Kongming! TV anime premieres in Japan on April 5. A new trailer has been released for the series and it reveals and previews the opening theme song from the newly formed group, QUEENDOM.

The video reveals and previews QUEENDOM’s opening theme song “Chikichiki Banban.” QUEENDOM is a new music unit made up of hibiki and moka from lol, Akina and Taki from FAKY, and Maria Kaneya from GENIC.

Among staff for the Ya Boy Kongming! anime will be Osamu Honma (The aquatope on white sand episode director) with Yoko Yonaiyama (Umamusume: Pretty Derby) as the series composer and Kanami Sekiguchi (Shirobako) as the character designer.

Kaede Hondo stars in the show as the speaking voice of the musical artist, Eiko Tsukumi, but 96Neko provides the character’s singing voice. Ryotaro Okiayu costars as Zhuge Kongming. Other cast members include Shōya Chiba as Kabe-Taito, Hibiku Yamamura as Nanami Kuon (singing voice not yet announced), and Jun Fukushima as Owner Kobayashi.

The Tokyo Party Scene isn’t NEAR ready for the star general of the Three Kingdoms era, but he sure is ready for it! Get down, shake your thing, and prepare to laugh out loud with this historical fantasy timeslip comedy, Ya Boy Kongming! 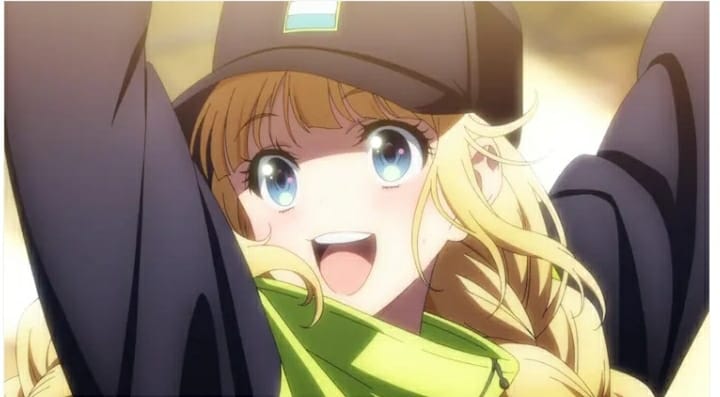 Is this an anime you’d go for?