There have been countless stories and articles going around hyping up people listing Pokemon Oreos on eBay for astronomical prices.

The fact of the matter is that this is a case of drumming up hype and creating clickbait articles to attract attention. These cookies (from what we’ve seen) aren’t selling, even the ones listed at $50. They’re either clearly jokes or some misguided individual looking to strike it rich?

In September, Oreo collaborated with Pokemon to release a limited edition line of their cookies with some Pokemon on them. There are 16 different Pokemon to find and they range from classic staples like Pikachu and Charmander to more picks like Grookey from the latest games.

And just like the games, some of the cookies have purposely been made rarer than the others, namely Mew.

Mew is the rarest cookie in the lineup, which has led to people searching for the rare treat and posting their prized find on eBay looking to make a quick buck.

Exactly How “Rare” Are the Mew Oreos?

We dug around, looking for a number or a stat or something to help clarify exactly how rare the Mew Oreo is. 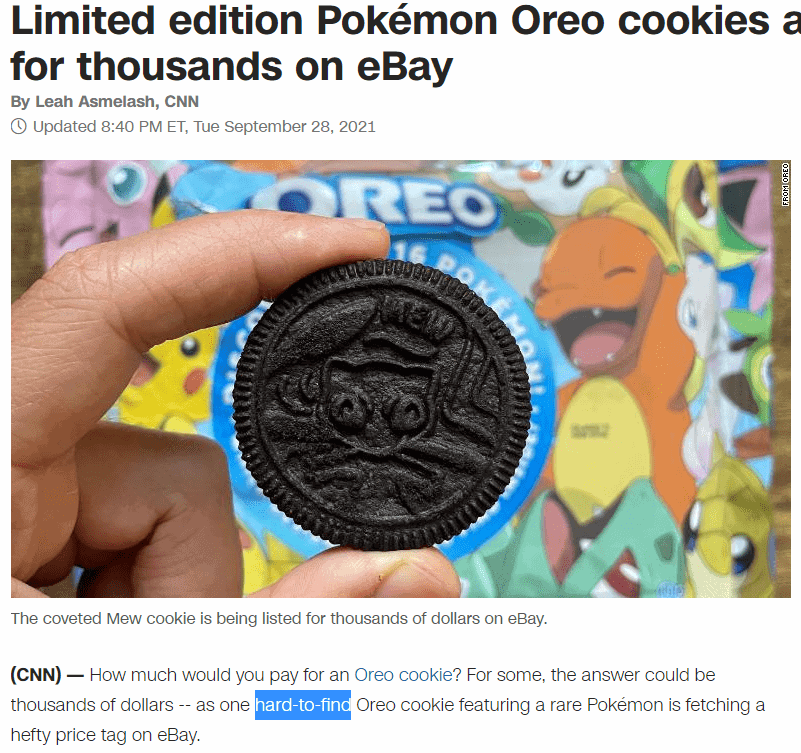 All we could find were hype articles calling it the “rarest” and “hard-to-find.” Reddit users claiming that it is “super rare.” Nobody seems to know exactly how rare this Mew Oreo is. Apparently, nobody even cares?

After all the hype for these Mew Oreos, it’s sad to see people jumping on the bandwagon hoping to make it rich with something that may not be as rare as they think.

All one has to do is execute a filter search on eBay for “Mew Oreo” at $100 or less, “Buy it Now”, and see literally thousands of people trying to sell their Mew Oreos for less than $100! 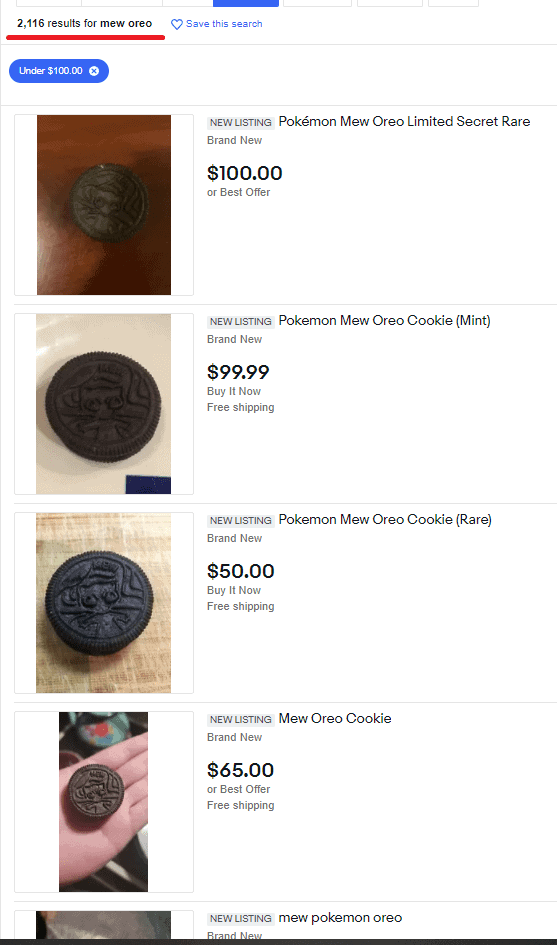 How can it be considered rare when thousands of people are selling for these low prices? A simple Google search yields countless Reddit posts of people patting themselves on the back for finding the Mew Oreo on their “first try.”

You don’t even know how rare it is, so why is this considered an achievement?

Nobody seemed to fact-check or look deeper into it. Now the pressure is on to sell these “rare” Mew Oreos at a high price before they start to crumble apart.

There’s also a posting of someone trying to sell an unopened box of Pokemon Oreos for a million dollars with no guarantee that there’s a Mew inside. 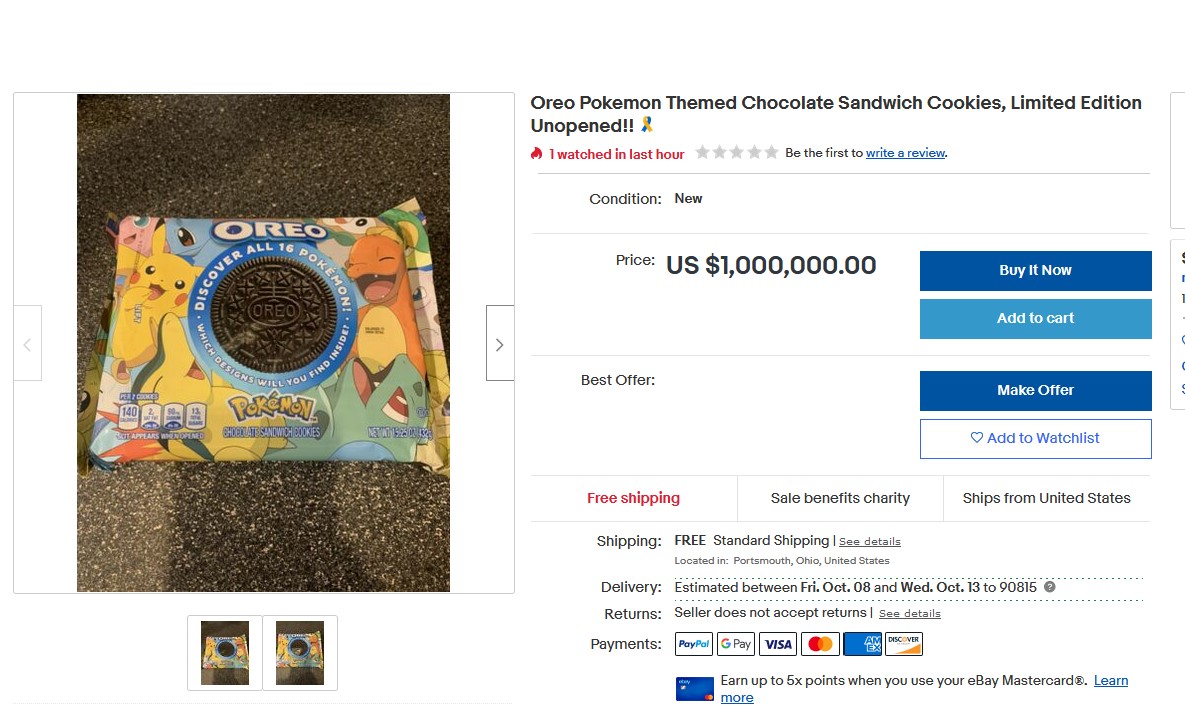 The poster is also pledging to donate 10% of the sale to St. Jude Children’s Research Hospital, which is incredibly nice of them to do (or could just be a marketing gimmick).

Despite what the articles may lead you to believe, not a single one of these $10K+ cookies has been sold. It’s all a big joke that people are naively participating in.

Funnily enough, this Oreo event seems to be a run-off of the Pokemon card craze last year.

If you recall, during the height of the pandemic last year, a ton of people were sitting at home doing nothing so they took to buying Pokemon cards. 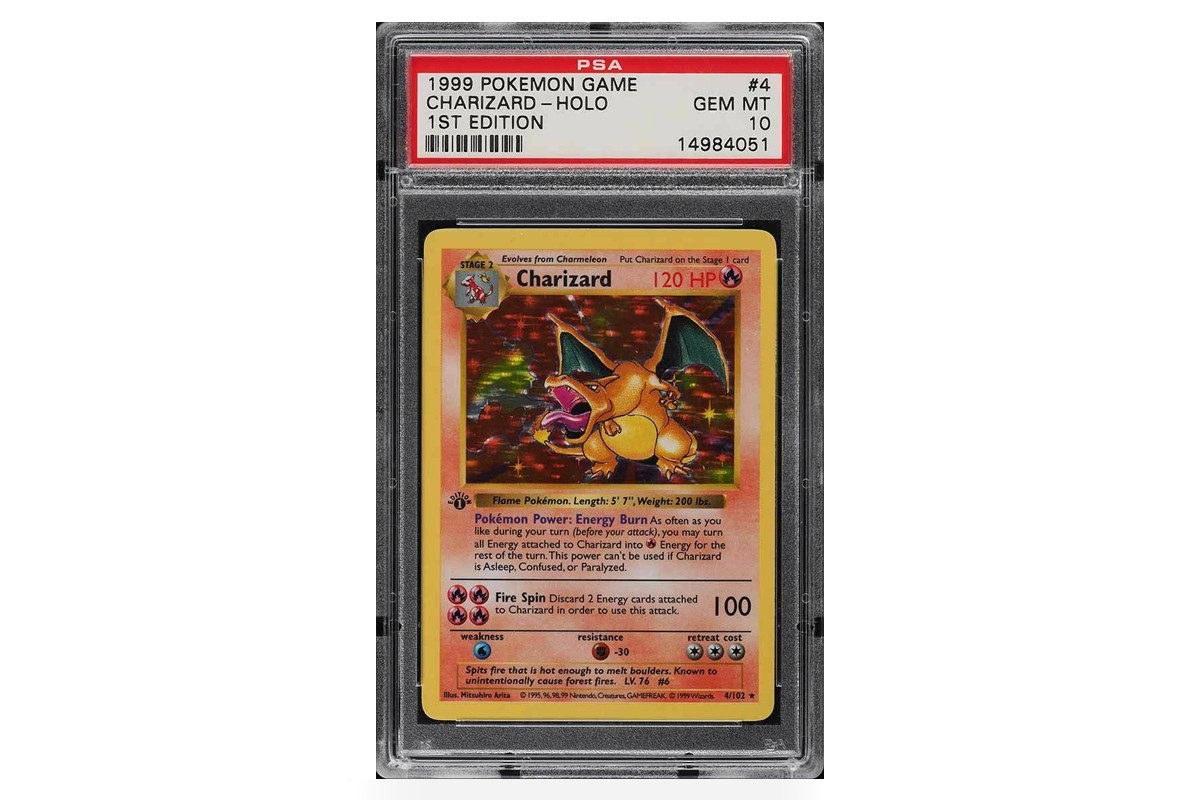 The collector’s market also went crazy as people were trying to sell their recently purchased cards for huge prices as well.

A shadowless first edition Charizard sold for $375,000 at auction and a special card depicting the president of the Pokemon company sold for nearly $250,000.

The card craze led to Target temporarily suspending Pokemon cards sales because people were literally getting into fights over them.

This is what happens when desperate people blindly follow some media hype in the hopes of getting rich quick.

Did You Get Lucky?

Found a Mew Oreo in your pantry? Are you going to rush off to list it on eBay for $10K+ thinking you struck gold? 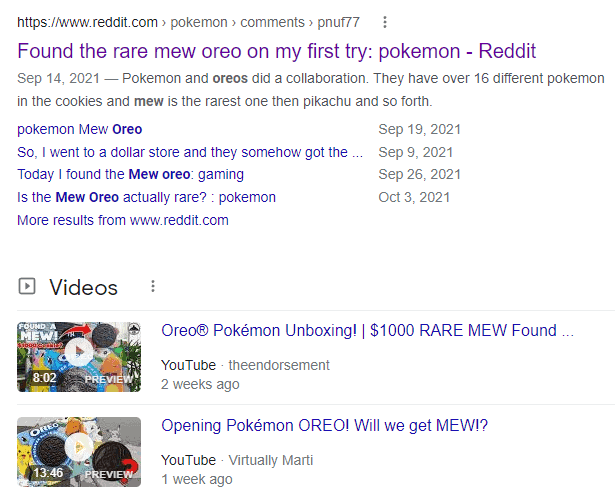 I think it would probably be more entertaining for someone to post a video of themselves eating it.

Now people are flocking to buy up all the Pokemon Oreo boxes without even knowing how “rare” the Mew’s even is. Sort of like a self-fulfilling prophecy, now you can say the Mew Oreos are rare, just by the fact that the Oreo packs themselves are hard to find!

YouTuber Jason Mazurek mentioned that he had to go to eight different stores to find a box of these cookies.

Disclaimer: This is not financial or Oreo advice.