The official website for the television anime of Kotaro Shono‘s World’s End Harem science-fiction manga has announced that the anime’s new premiere date is now January 7. This announcement came after a season-long delay.

A Tweet also confirms that the series will be streaming on platforms in Japan, both censored and uncensored. Crunchyroll will stream the raunchy anime, and it will resume from episode one.

From the previously released NSFW trailer (below) that was released, fans of this genre are in for a jolly ride next year.

The anime was previously slated to premiere on October 8, but it instead only aired the first episode as an “advance screening,” with the rest of the show delayed to January due to a need to “closely examine” the anime’s production.

Crunchyroll describes the anime as such:

The time is near future-Tokyo, Japan in 2040. Reito, a young man suffering from an intractable disease, vows to reunite with his childhood friend Erisa and decides to “cold sleep” to cure her illness. When he wakes up five years later, the world was undergoing a major transformation. The MK (Male Killer) virus kills 99.9% of men on the planet. The ground was a super harem with 5 billion women for every 5 men.

Only five men, “Numbers,” are resistant to the MK virus. One of them, Reito, is required to “mate” for the survival of the remaining women and humankind. Harem life waiting for the world after the pandemic. At the same time, Reito is involved in a global conspiracy over Numbers. Can he overcome the temptation and save the world?

Among the staff are Yuu Nobuta (High School Fleet, Kuma Kuma Kuma Bear) directing the anime at Studio Gokumi and AXsiZ. Tatsuya Takahashi (The IDOLM@STER Cinderella Girls) is in charge of the series scripts. 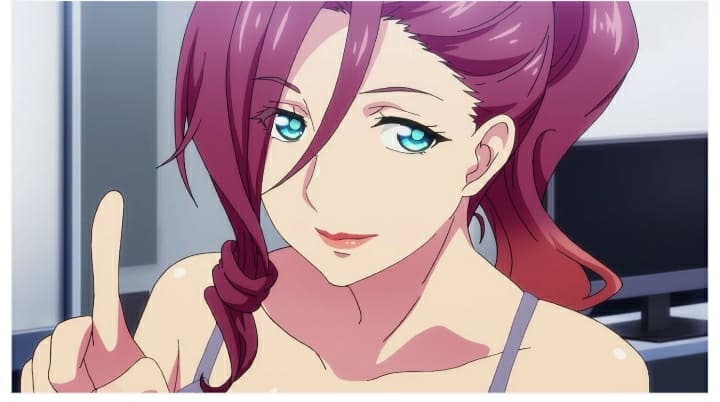 Isn’t this release exactly what you’ve been waiting for? For additional news, become a part of our Discord community, Facebook, and Twitter!