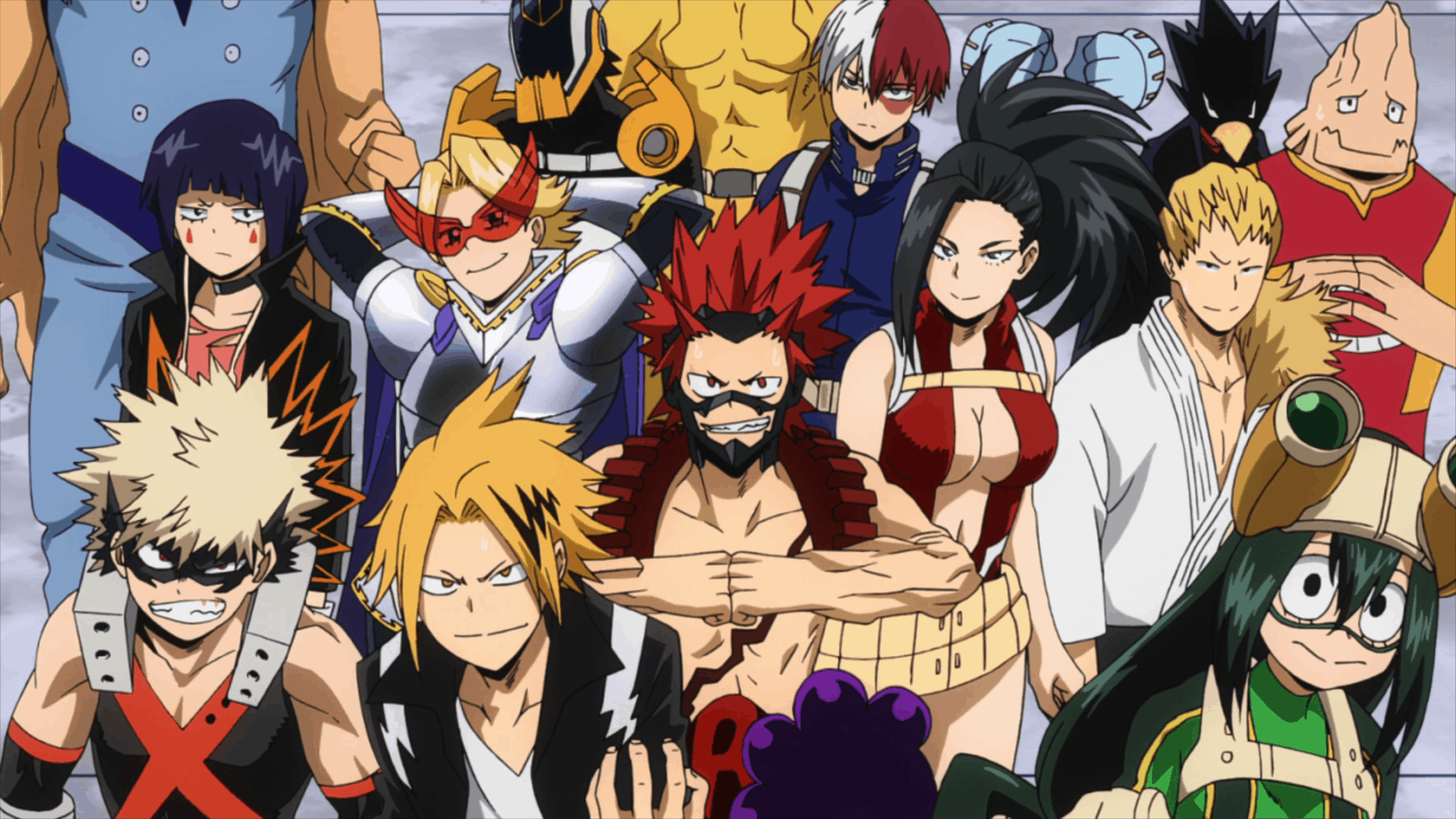 There are twenty students in U.A.’s Class 1-A, the main cast of Boku no Hero Academia. Take this quiz and find out who you are in addition to their Myers Briggs personality result!

You and your friends are invited to a party for heroes! What will you focus on at the party once you get there? 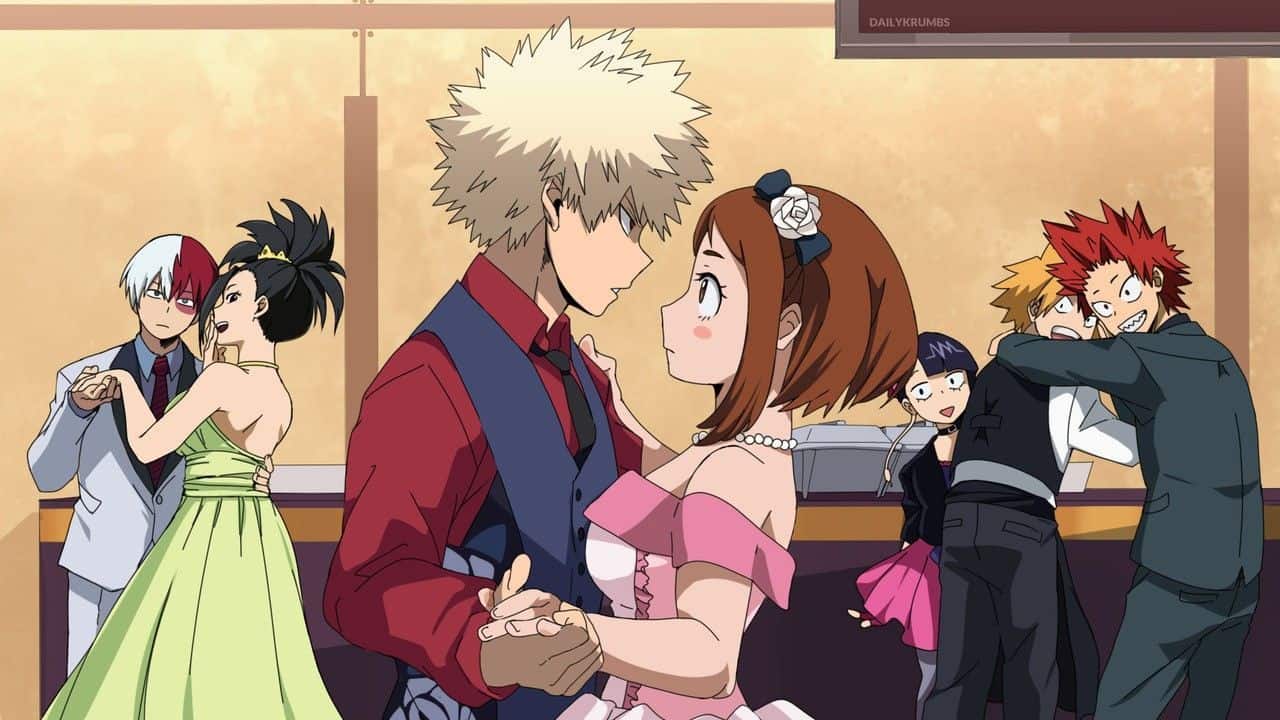 The party is suddenly crashed by villains! You try to regroup with your friends and prepare for the worst. How do you assess the situation? 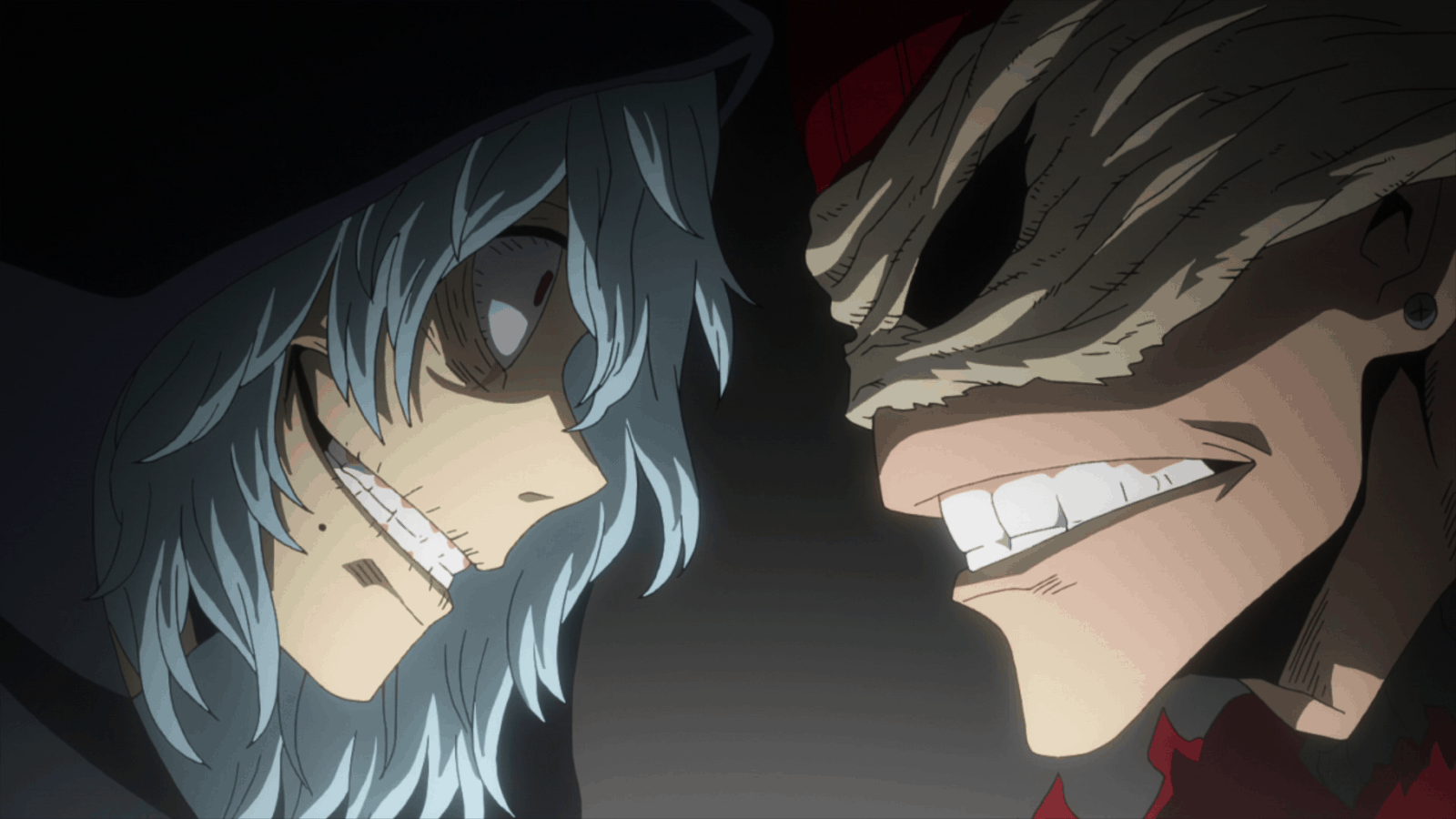 Your best friend attempts to take down the leader of the villain group, but they get knocked out cold. How do you react? 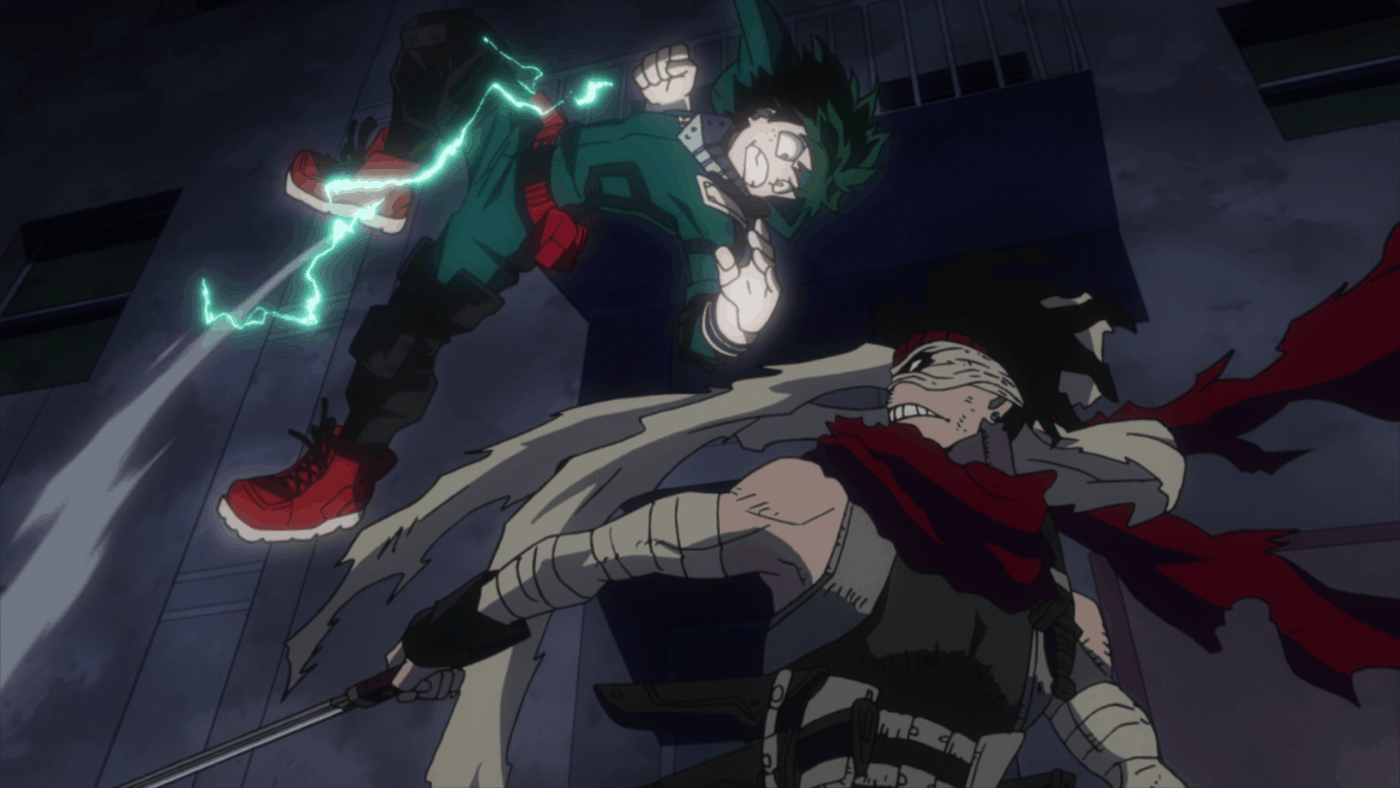 You successfully take down the villains and your friend is okay! The dance hall is a mess, but the food and drinks surprisingly remained unharmed. What do you do? 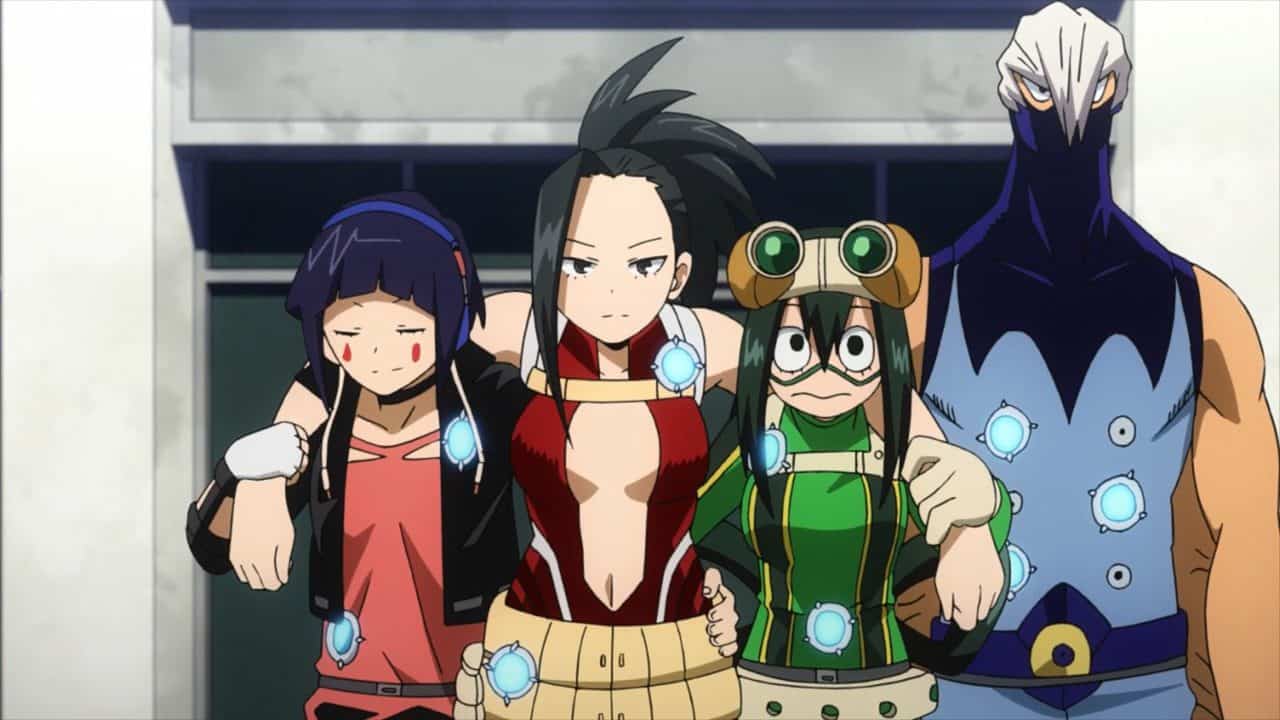 You get home late at night, exhausted from an eventful day. You get in bed and immediately fall asleep. What do you dream of? 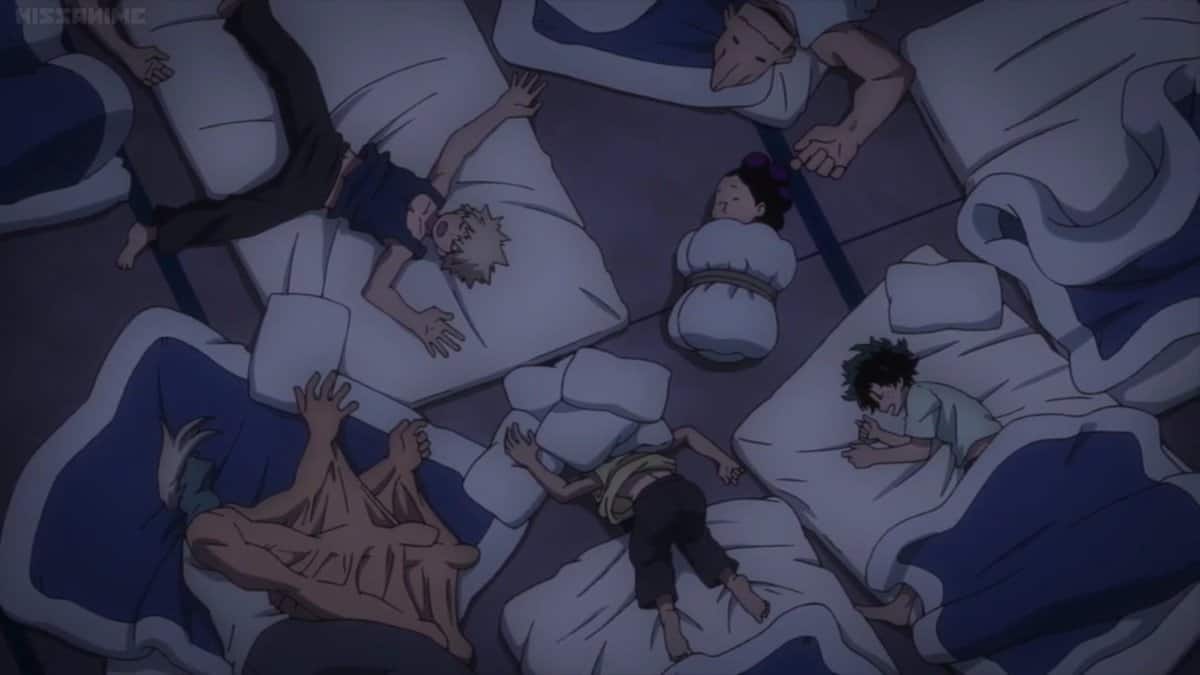 Which of the U.A. Class 1-A Students are you?
Yuga Aoyama / Can't Stop Twinkling (ESFP) 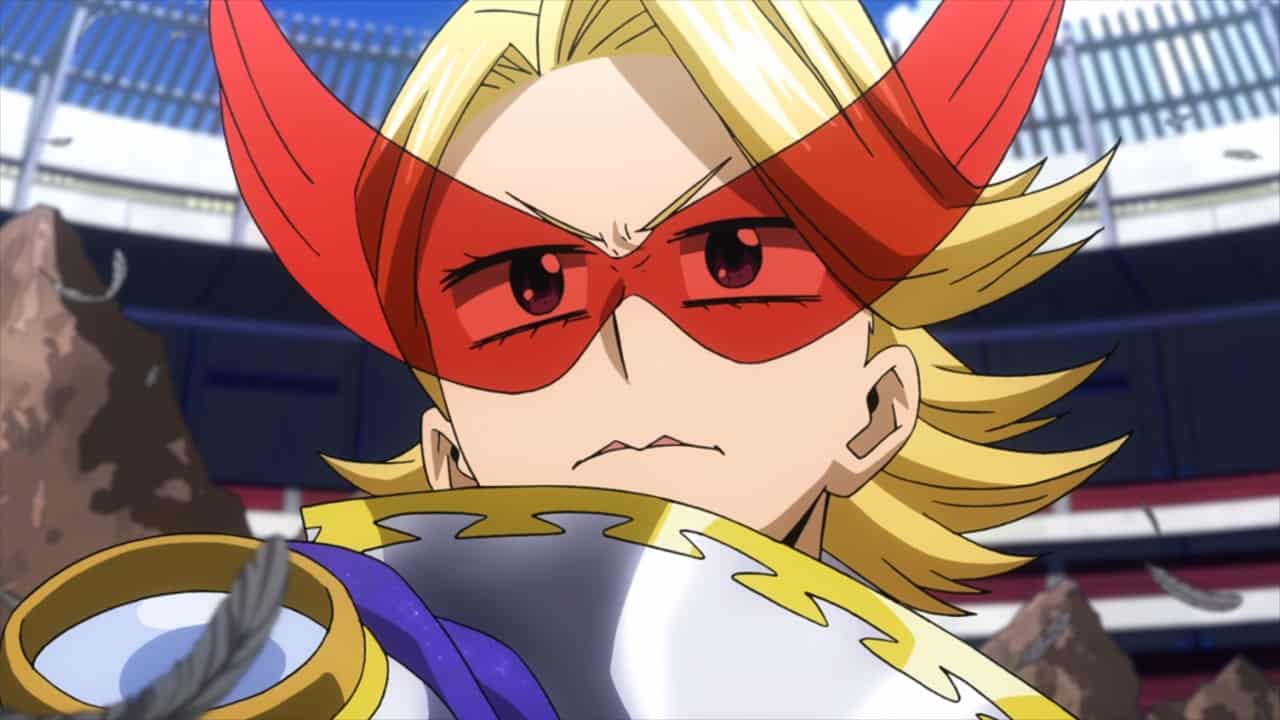 Although Aoyama may appear to be a narcissist and seems to be full of pride, he's quite the opposite. He's insecure about his own Quirk - Navel Laser - and feels ostracized because of it from "normal" people and heroes alike. Despite this, it doesn't stop him from craving attention with his flashy appearance, entrance, and Quirk.
Mina Ashido / Pinky (ENFP) 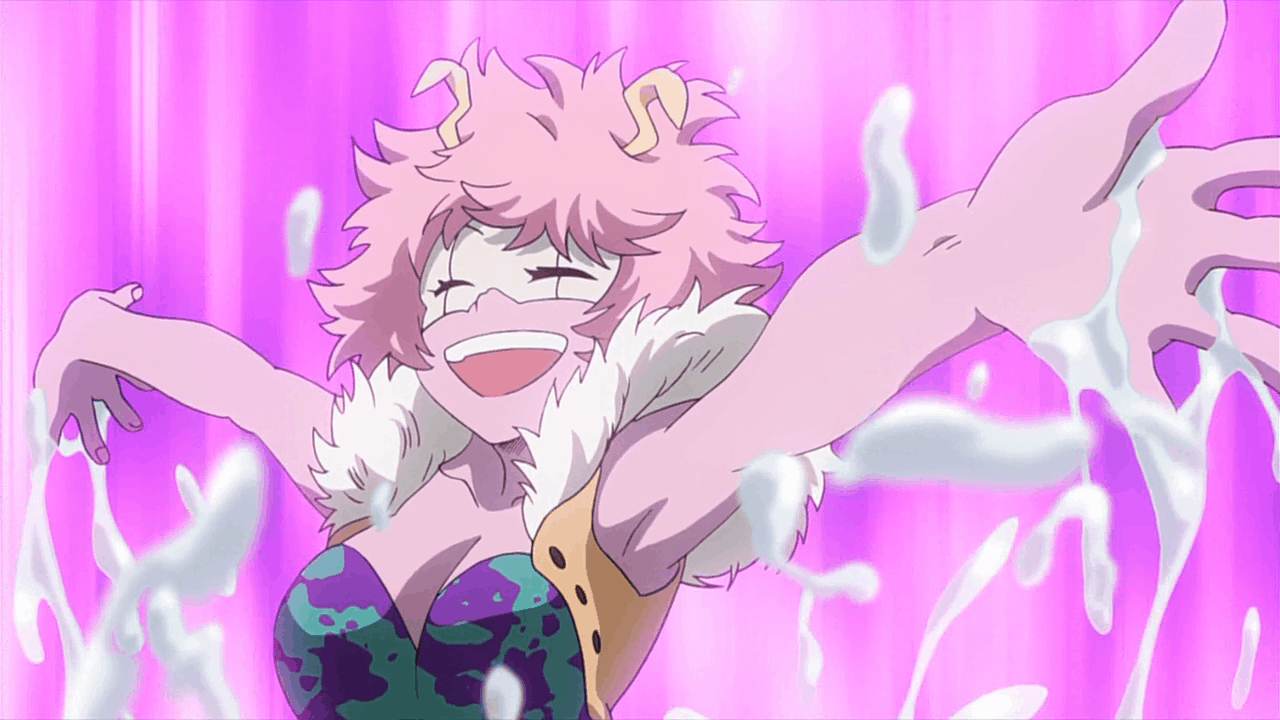 Ashido is sociable, energetic, and has an outstanding sense of fashion. She can dance and put a smile on your face, but may be seen as an airhead from time to time. Despite her cute, alien-like appearance, it's best to keep your distance when she secretes her Quirk - Acid. It might just get you severely corroded.
Tsuyu Asui / Froppy (INTP) 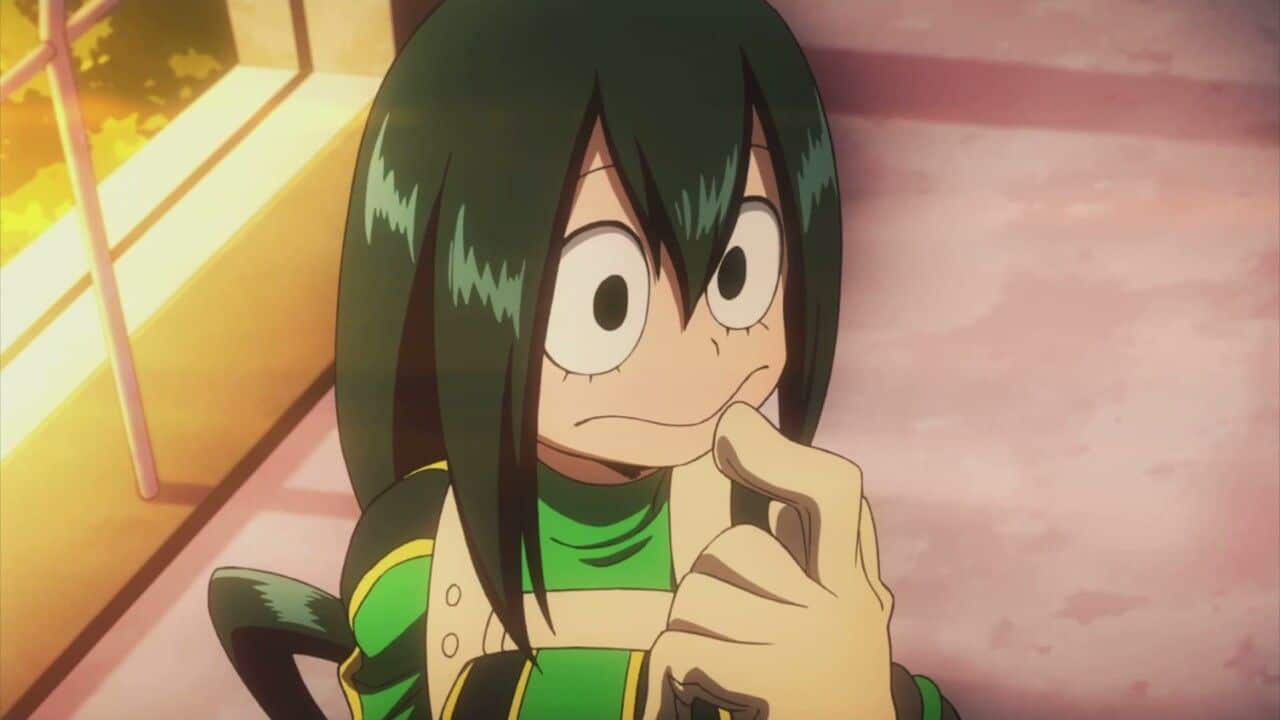 Tsu's Quirk - Frog - allows her to have the abilities of an actual frog and look like (a cute) one! Despite Tsu rarely expressing emotion, she is cool-headed under stress, observant, and straight-forward. Her maturity, responsibility, and better judgement renders her a great leader. However, she is still capable to breaking down due to bottling up emotions.
Tenya Iida / Ingenium (ESTJ)

Iida may come off too strong and over-dedicated as a leader, but he is more than capable of holding that responsibility. His Quirk - Engine - provides him with super speed similar to the rest of his family. In addition, he strives to live up to the Iida name by humbly protecting, serving, and maintaining order in society.
Ochaco Uraraka / Uravity (ESFJ) 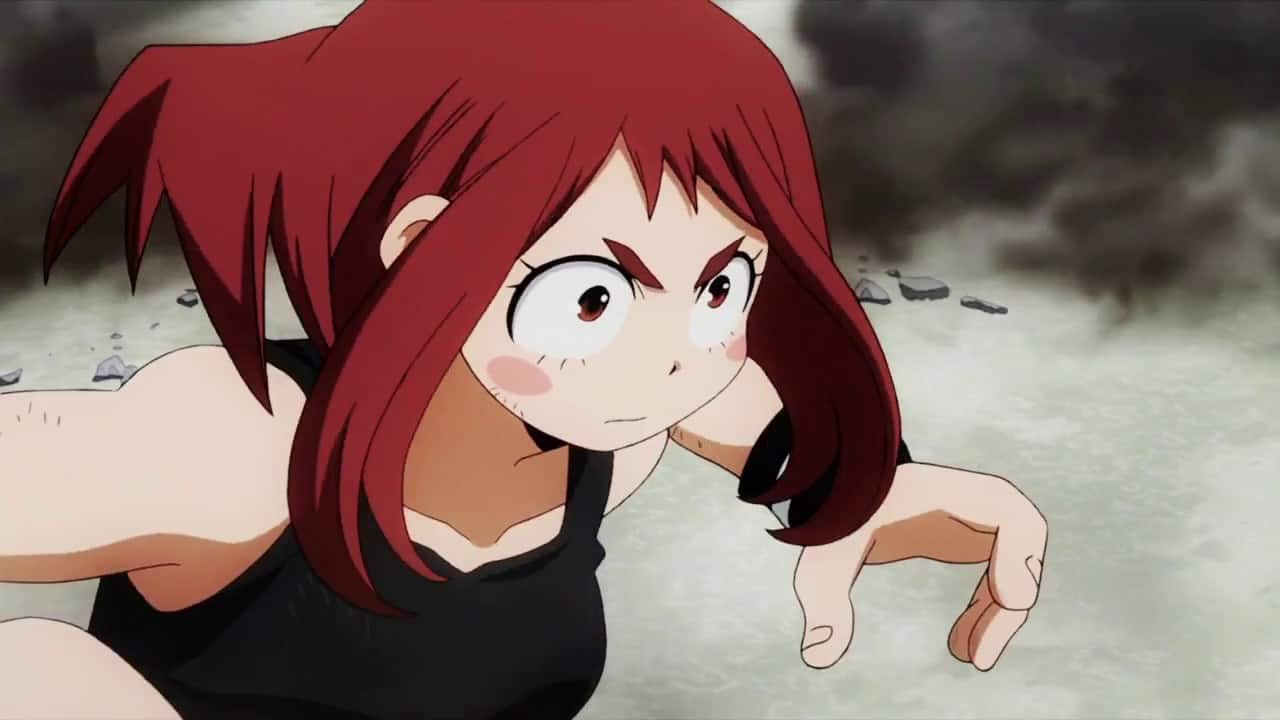 Ochaco radiates positivity, being a kind and caring individual. Due to her limitations with her Quirk - Gravity - Ochaco prefers a more defensive style of fighting and saving rather than a head-on offense. However, don't let her airheadedness fool you when she's able to silently strategize and be determined to hard-focus a target.
Mashirao Ojiro / Tailman (ISFJ) 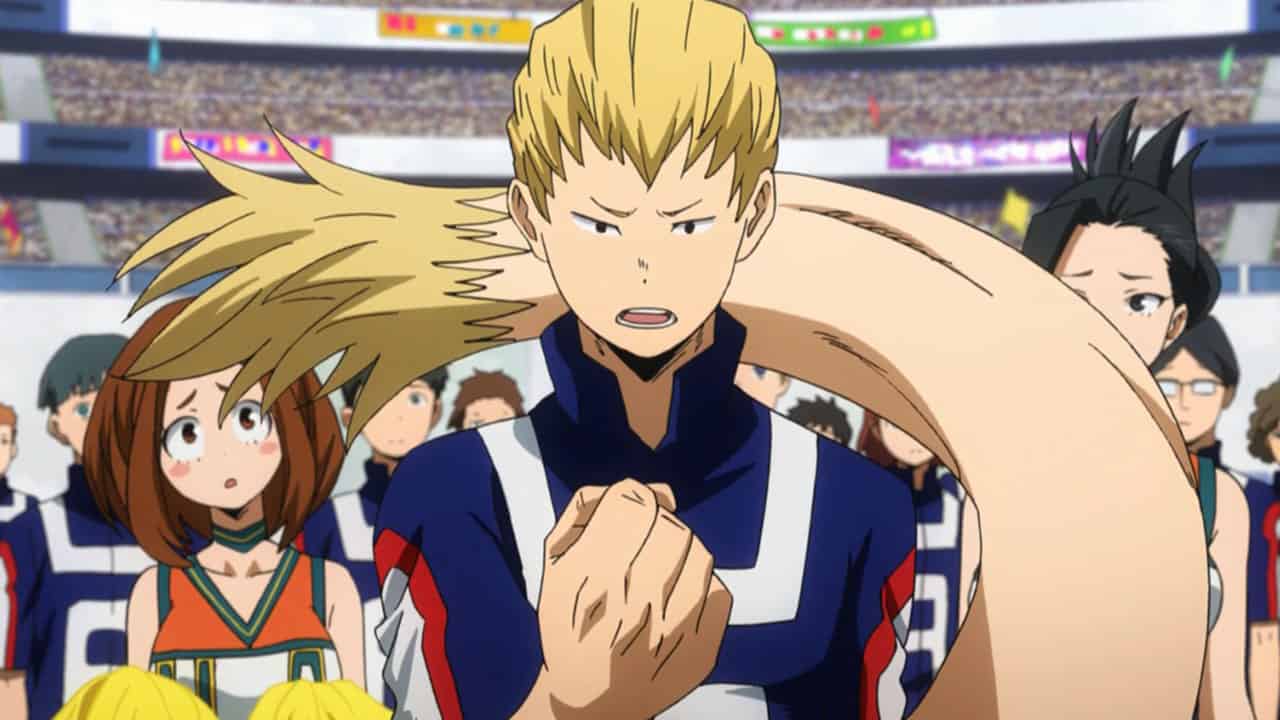 Ojiro is a timid and sensitive individual, allowing him to empathize easily with others. His is someone who finds true success depending on his Quirk - Tail - to accomplish a goal solely or as a team rather than only partially participating in a task. It is not in his nature to take credit for anything that he is not wholeheartedly responsible for.
Koji Koda / Anima (INFP) 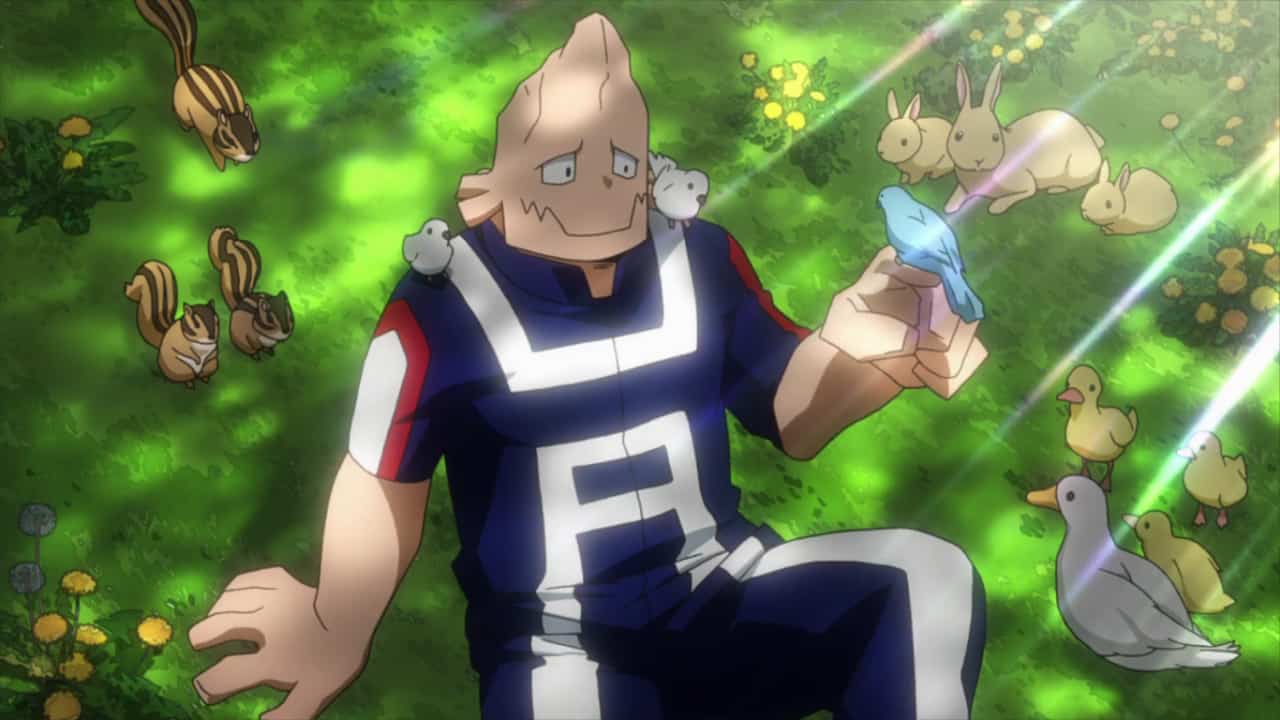 Koda may appear brutish, but is quite the Snow White himself in regards to his Quirk - Anima - that gives him the ability to speak and command animals. Seeming in tune with nature in his own little world, Koda is typically timid and rarely speaks, but he is never unkind to others. The only time you'll ever hear him screaming and running away is from bugs!
Rikido Sato / Sugarman (ISFP) 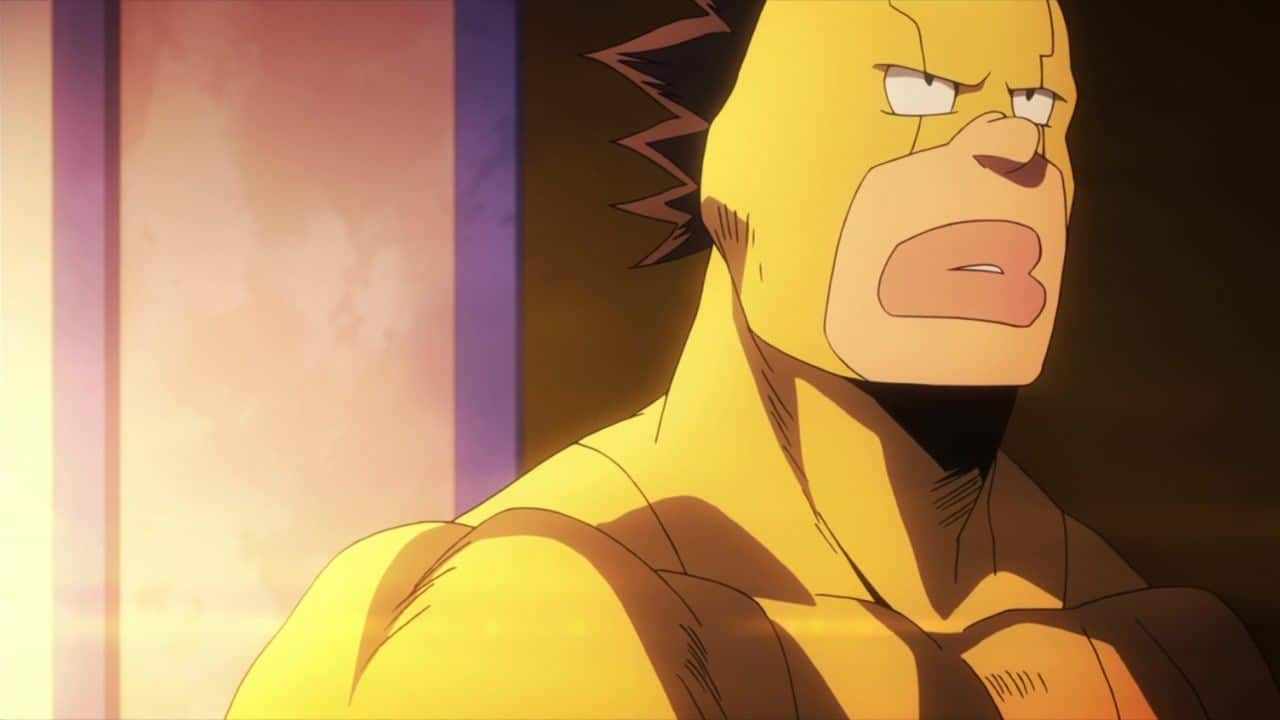 Despite Sato's brutish appearance, he has a pure talent for preparing sweets both for his classmates and himself. Humbling enough, he doesn't recognize his own talent other than that it goes hand-in-hand with his Quirk. Sato's Quirk - Sugar Rush - requires a large amount of sugar to be consumed prior to taking on his super strength.
Denki Kaminari / Chargebolt (ENTP) 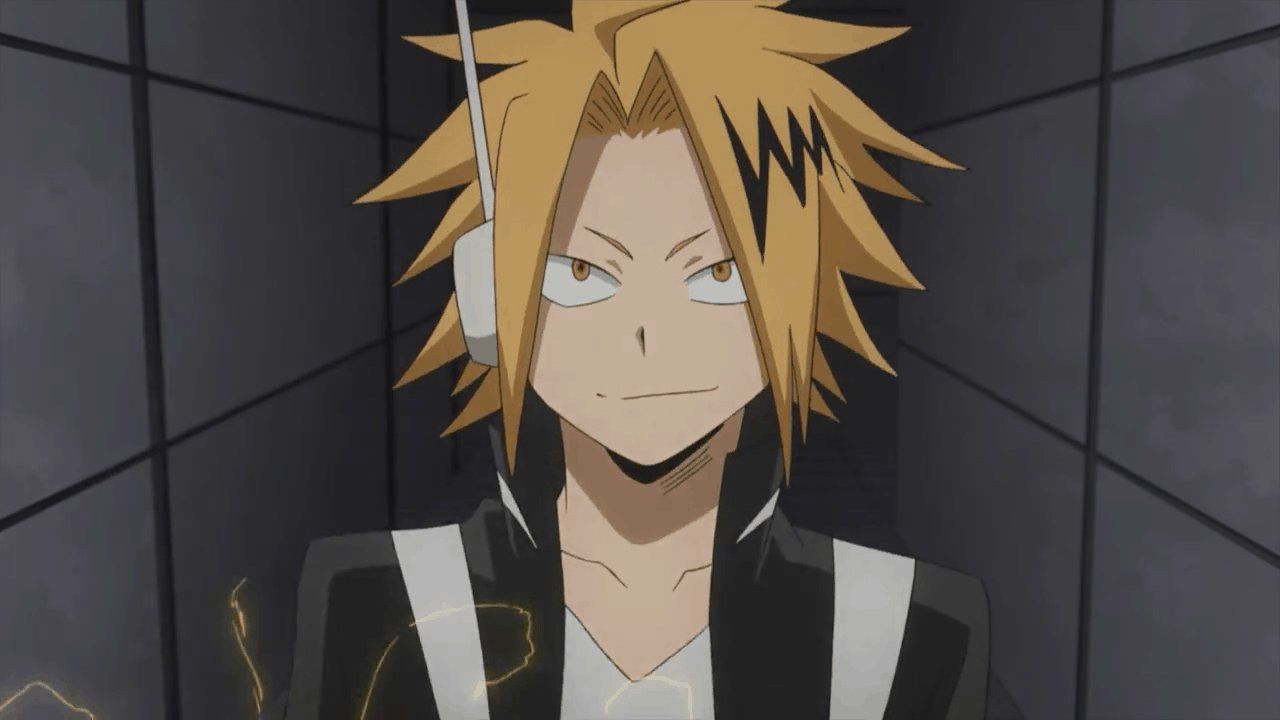 Kaminari tries to come off as a cool, smooth talker of the class, but he is also known to be the clueless goof. And even more so for an hour after the use of his Quirk - Electrification - past its limit. Despite his uninterest in academics and struggle to keep cool in stressful situations, Kaminari can confidently and intuitively strategize a plan prior to battle.
Fumikage Tokoyami / Tsukuyomi (ISTP) 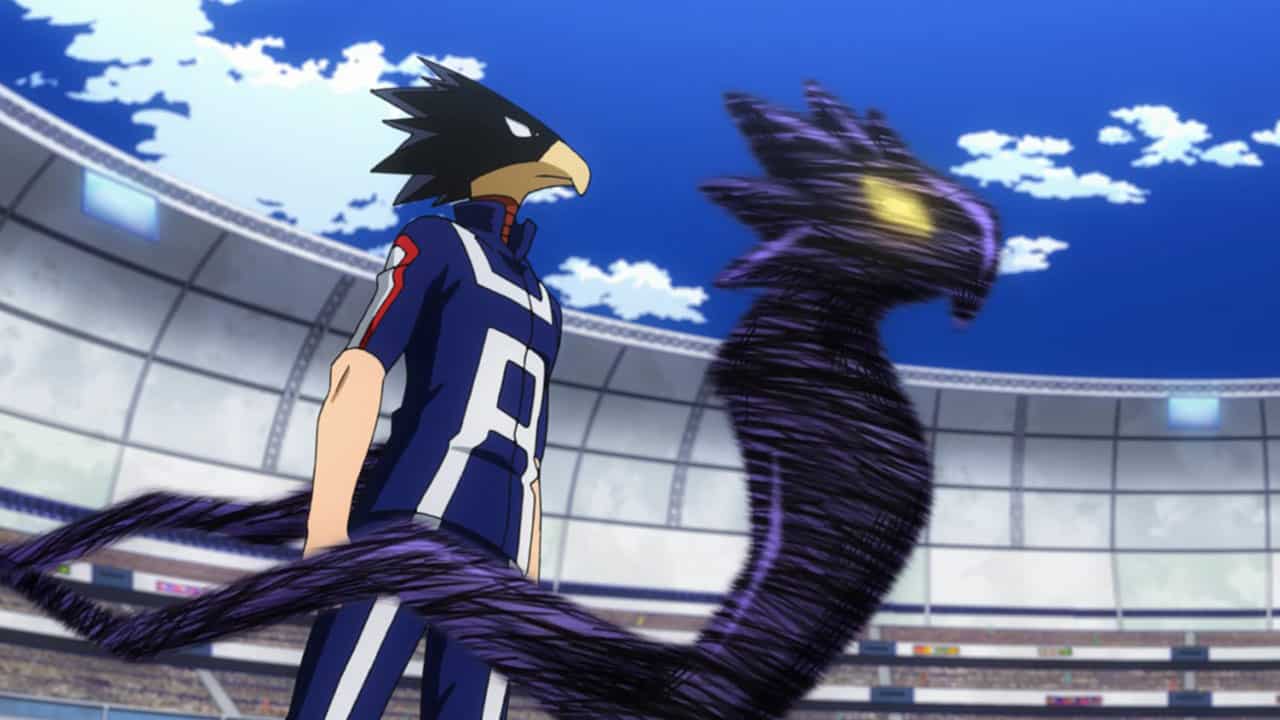 Uniquely a host to his own Quirk - Dark Shadow - Tokoyami is a soft-spoken, slightly insecure, and observant individual. He understands the limit and controllability of his Quirk as well as the damage it can deal under varying levels of darkness. In all seriousness, Tokoyami takes in any and all advice suggested to build himself up.
Shoto Todoroki / Shoto (INTJ) 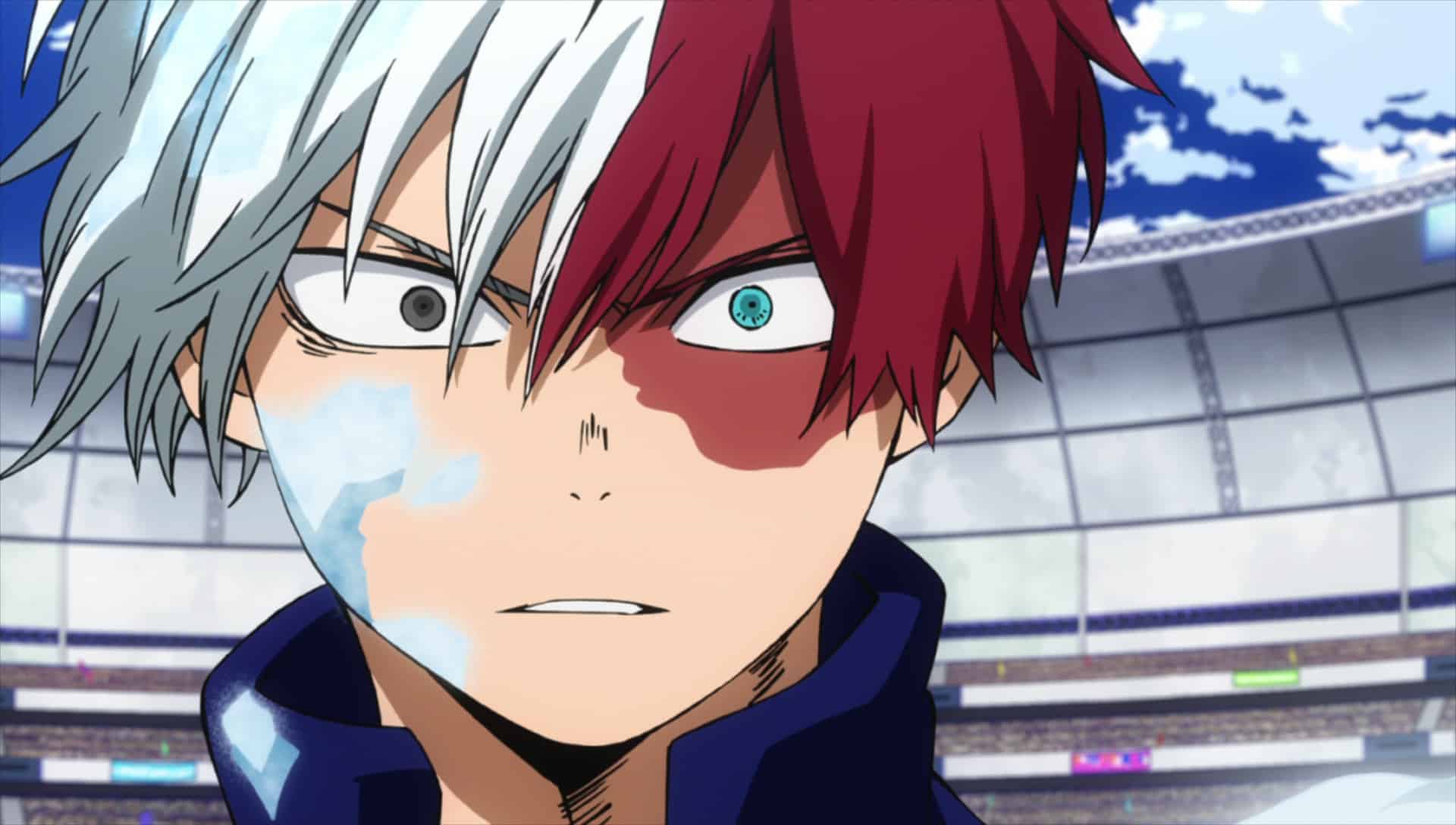 Todoroki has his downfall in being slightly arrogant, although he is still calm in composure, intelligent, and confident as a soloist during battle. His Quirk - Half Cold Half Hot - allows him to utilize both ice and fire elements, showcasing his capability of becoming a proper leader as well as one of the strongest in his class.
Katsuki Bakugo / King Explosion Murder (ENTJ) 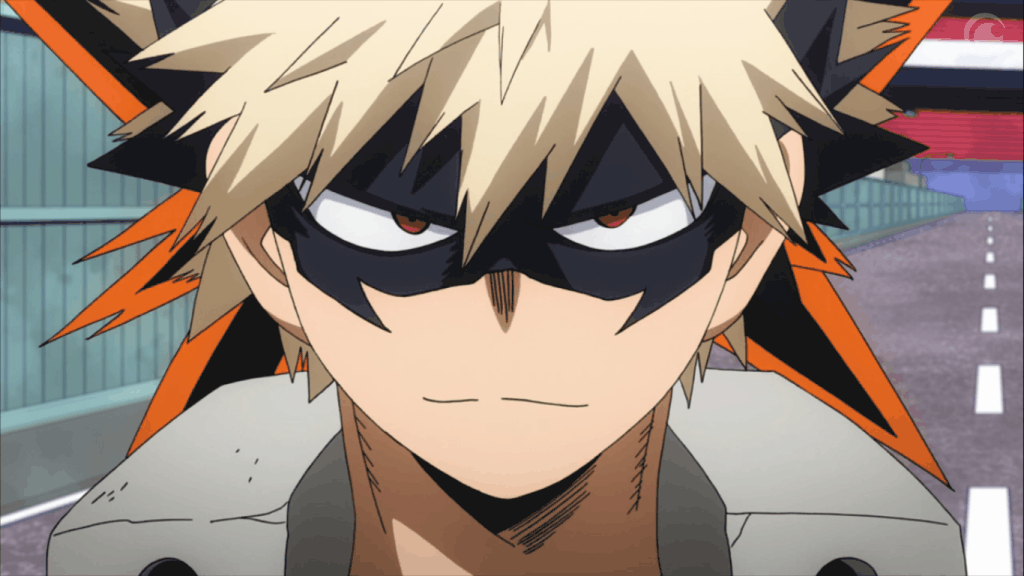 Bakugo currently has no alias, and may be known as Kacchan or Ground Zero. His is competitive, arrogant, and prideful, a true force of nature with his Quirk - Explosion. Despite his unpleasant nature, Bakugo still values honesty and has a sense of hidden humility underneath his overconfidence by never underestimating anyone's ability.
Izuku Midoriya / Deku (INFJ) 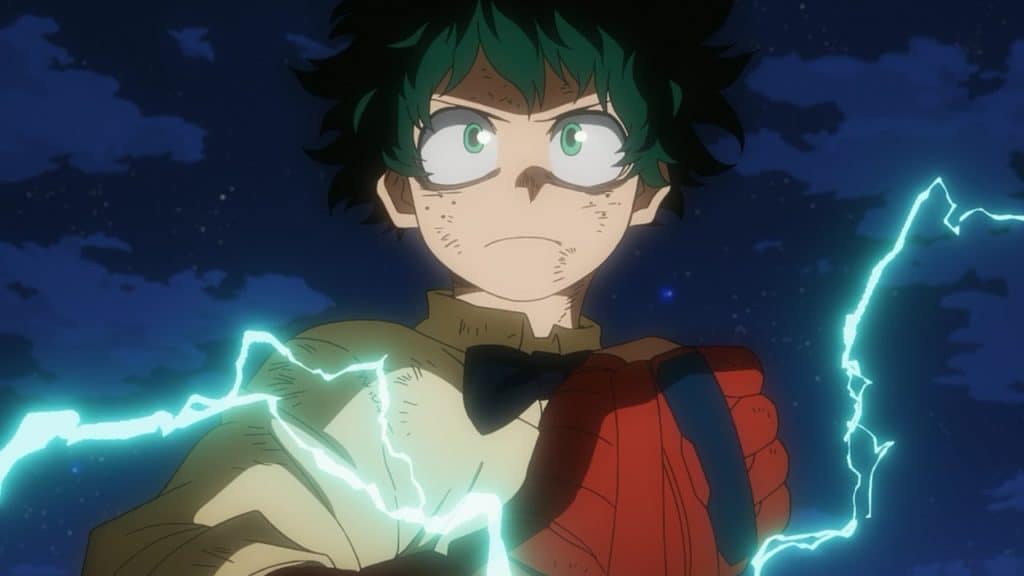 Diligent, humbling, and caring, Midoriya always fights for everyone as his Quirk - One For All - suggests. Although Midoriya is observant of everyone's abilities, his emotions speaks through his actions based on what he feels is the right thing to do mid-battle. Regardless, the lack of hesitation is what makes him a potential hero!
Minoru Mineta / Grape Juice (ESTP) 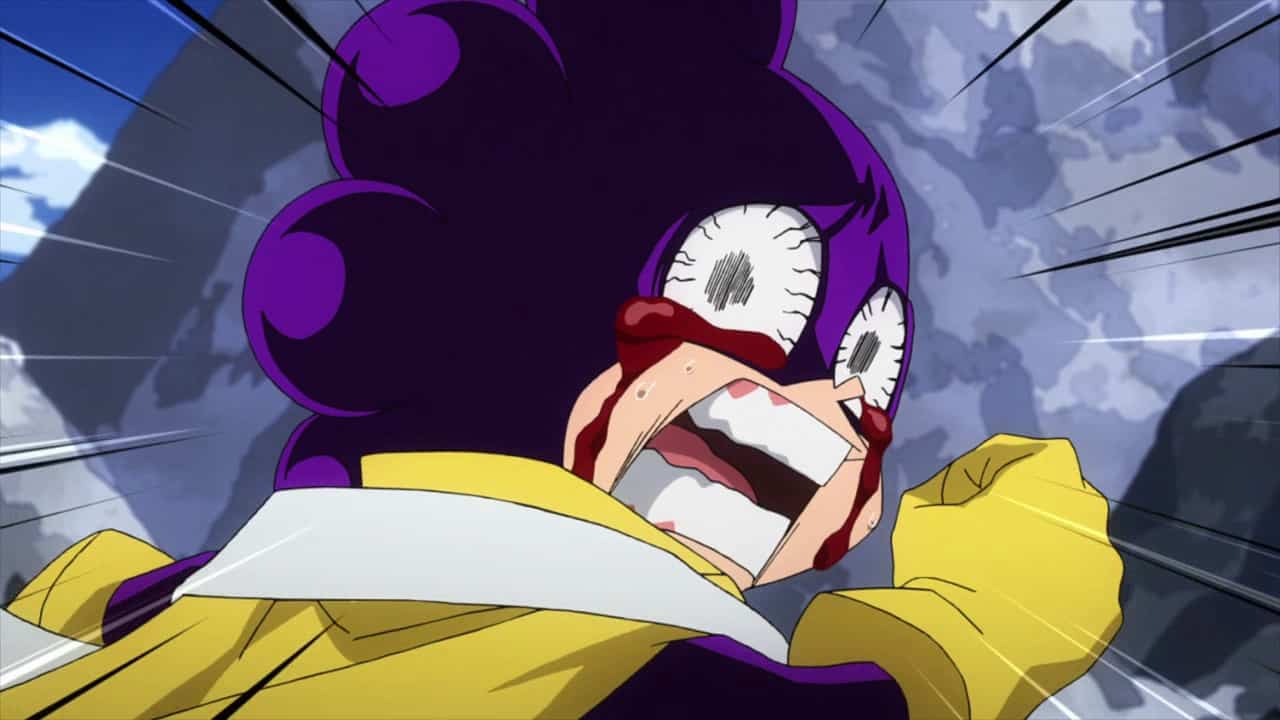 Mineta is a straight-forward pervert. And he may only want to be hero to gain fame with women, but he is still one of the most intellectual students and has an underlying confidence in situations of distress. Although his Quirk - Pop Off - has its limits when used impulsively, Mineta is very capable of planning in the midst of a battle.
Kyoka Jiro / Earphone Jack (ISTJ) 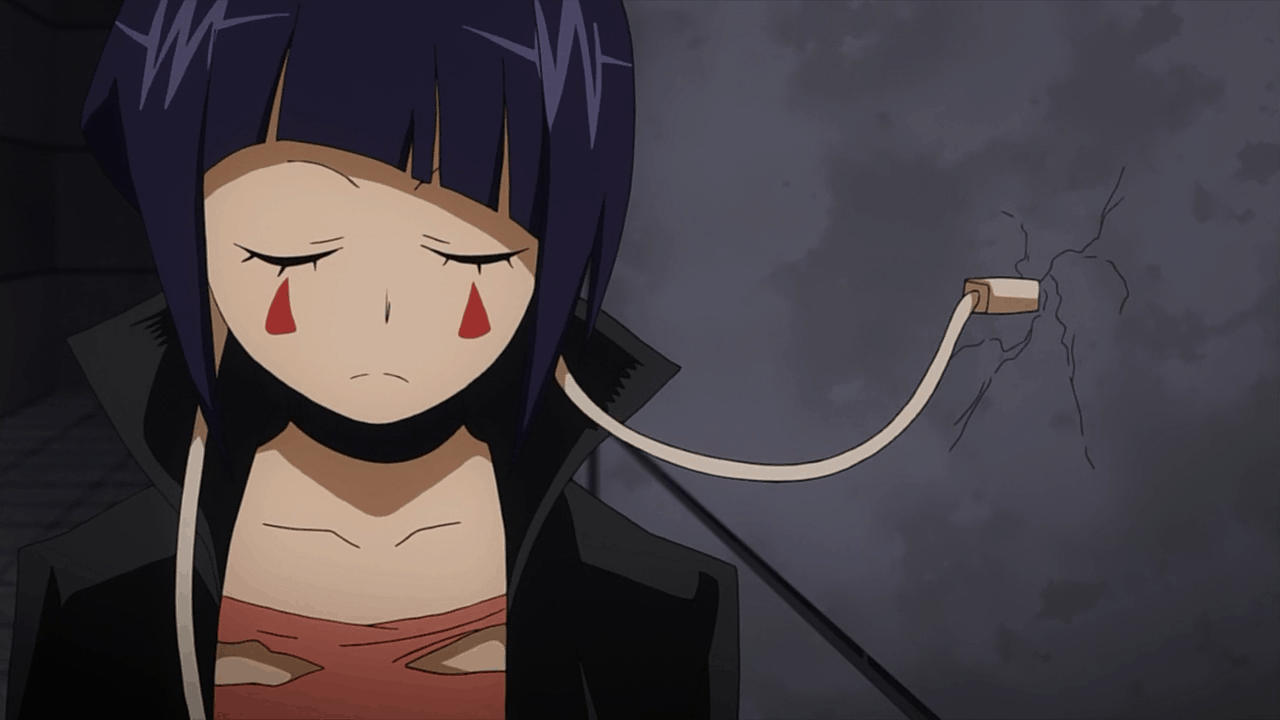 Although a bit of a tomboy, Jiro is still slightly insecure of her own musical talent and is self-conscious of her appearance. Additionally, Jiro may come off as uninterested and indifferent individual. But she is quite the observer when calmly coming up with a proper and organized plan, especially when utilizing her Quirk - Earphone Jack.
Eijiro Kirishima / Red Riot (ENFJ) 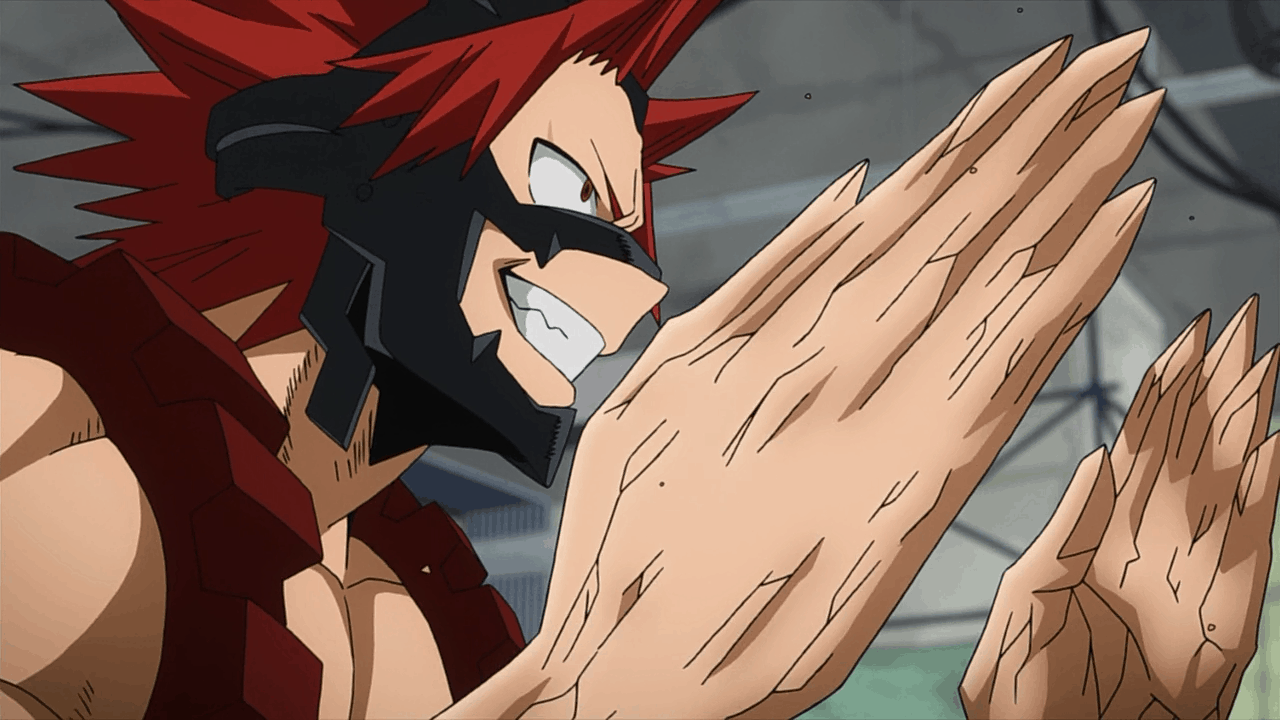 Kirishima is a very loyal, honest, and friendly individual. He has high regards for those whose Quirks are noticeably better than his own - Hardening - as he relies mainly on close combat. His is also very humble, to the point of self-doubt, and is aware of his Quirk not being on par with others.
Mezo Shoji / Tentacole (ISFJ) 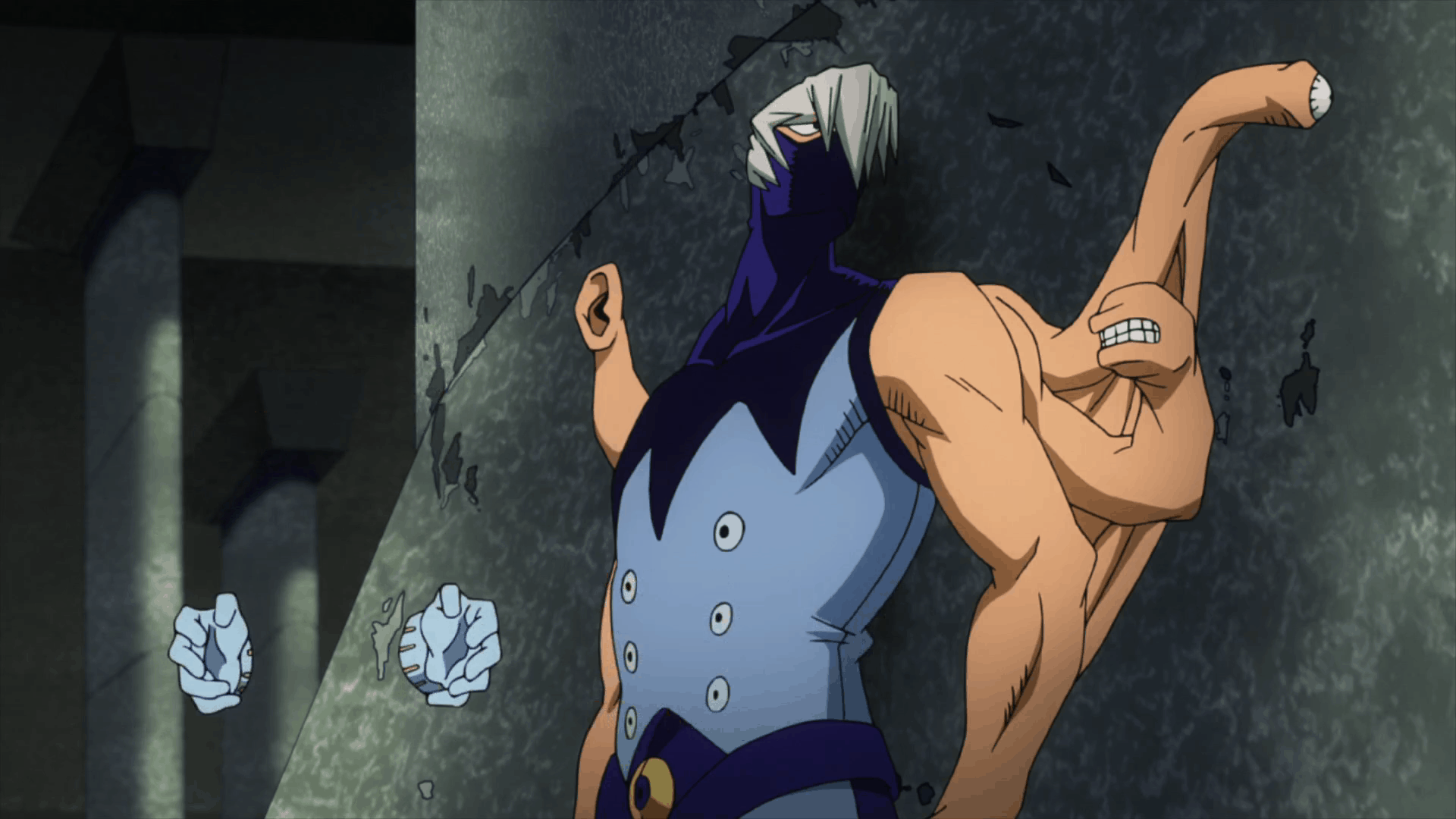 Shoji may appear frightening due to his extraordinary appearance and Quirk - Dupli Arms - that allows him to grow varying parts of his body on his tentacles. However, he has a sweet, caring, and reserved personality that demonstrates his maturity. His selflessness renders him capable of becoming a reliable and protective hero.
Toru Hagakure / Invisible Girl (ENFP)

Toru is the classic simple, cheerful, and sociable girl anyone can be friends with. She still gets embarrassed undressing in order to fully utilize her Quirk - Invisibility. Despite the limit of her Quirk only allowing her to fight close range or temporarily fazing her opponents by bending light, Toru has the advantage of stealth.
Hanta Sero / Cellophane (ENTP) 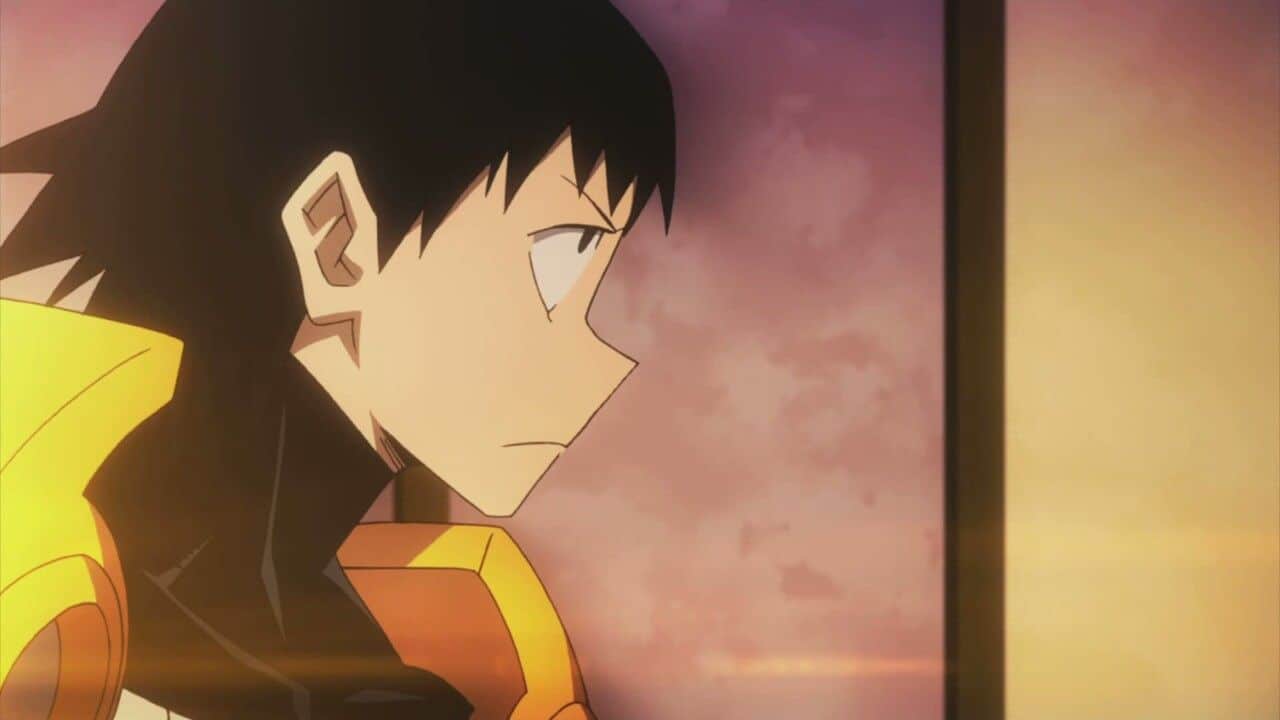 Sero is laid-back, friendly, and a bit of a jokester. He is one of the sociable individuals who has a slight desire for attention with the use of his Quirk - Tape - that is surprisingly durable despite its appearance and name. Additionally, he seems to remain level-headed in the midst of a battle or under stress, demonstrating his courage in aiding others.
Momo Yaoyorozu / Creati (ISTJ) 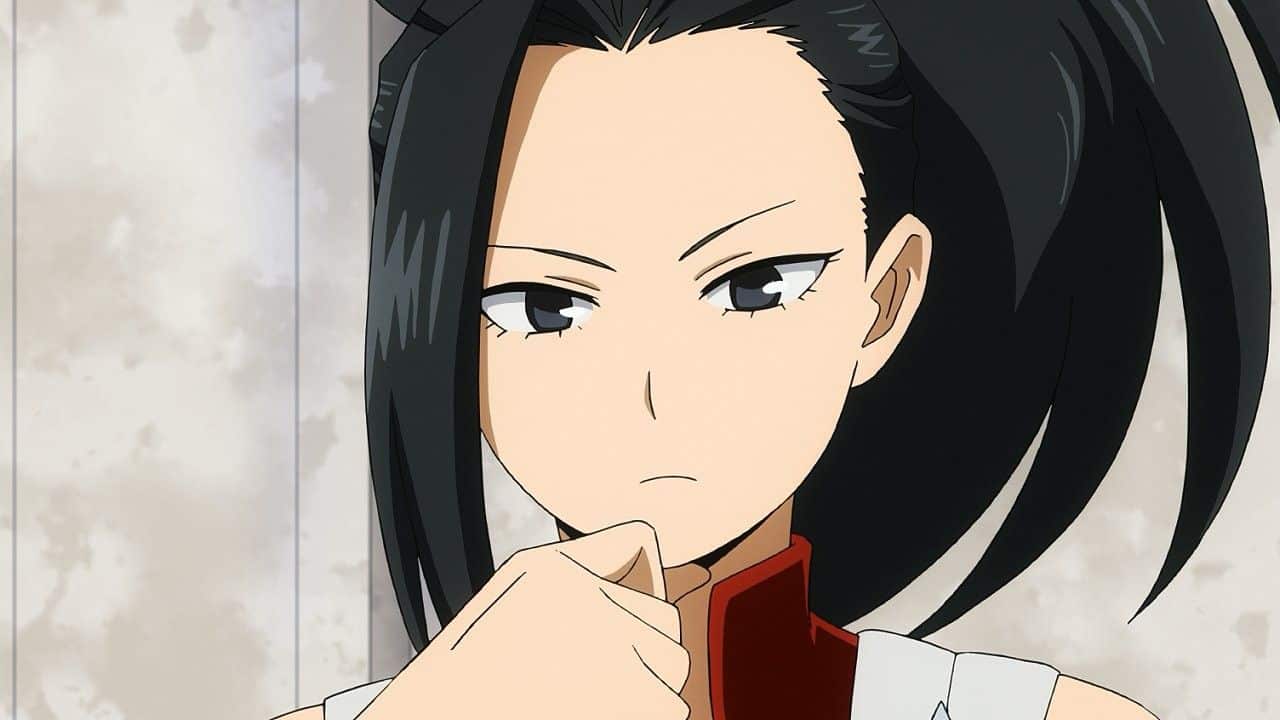 Yaoyorozu exudes confidence as a potential leader with her calm composure, pragmatic way of planning, and use of her Quirk - Creation - in stressful situations. She is practical as her Quirk requires exposed skin, selfless, and always wishing the best for others. And despite Yaoyorozu's revealing appearances, she is actually quite the prude!