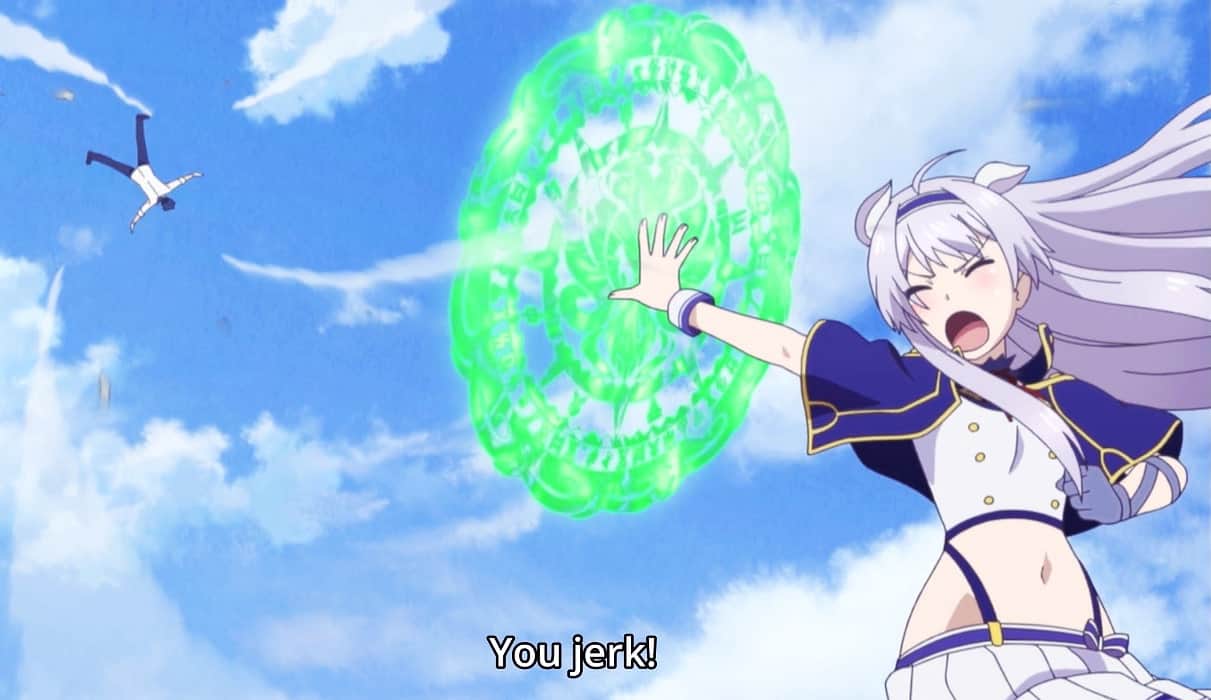 A multi-year study of the use and abuse of magic in fiction reveals several questions that are rarely, if ever, answered in the fiction itself. Certain things can be answered with basic logic, and sociology. Others must be explored in the realm of physics.

Magic, in its most basic conceptual form, is the direct manipulation of the physical world. Whatever system is in place for the characters to use magic, and whatever power source it relies on in the world, the end result is that they’re creating, manifesting, manipulating, or eliminating aspects of the physical world. For the sake of ‘balance’ or simply to create conflict, the power source is often limited and varies wildly from person to person. The main character will often have very high magic power, or some specific type. Occasionally they’ll have very little and the story will revolve around them making the best of that situation.

This magic power source is most often referred to as ‘mana’ or something similar. The word ‘mana’ originated in Hebrew referring to the universal food provided by God for the Israelites’ wandering through the desert. Some fiction prefers to avoid the stereotype of ‘mana’ and instead refers to it by another name, or creates a more material manifestation of the concept. Sometimes this power is sentient, or at the very least aware on some level. ‘The Force‘ from Star Wars and ‘Rukh‘ from the Magi series are good examples. Many of the classics, the original literature featuring magic, were Theistic. Essentially just as life comes from the Gods, so too would magic. Those in good standing would be blessed with magic in the service of their God.

You heat some water, without burning wood or using a machine, just deciding that now this water will be hot. Whether you use The Force, or mana, or ask God to do it, it’s all the same, and that is the most basic way to define ‘magic’.

Yes I include Star Wars in this, and yes The Force is just space magic. One of the defining differences is that The Force isn’t just the power source, it’s the power itself. The other is that it’s not a consumable resource. One does not ‘run out of The Force‘. This perhaps is the reason why the majority of force-aware civilizations in the Star Wars universe advanced beyond the limits of their own atmospheres.

What do you mean ‘Stuck in the Past’?

This brings us to the first real question: Why are so many worlds with magic stuck in the middle ages? If it could be as simple as the assumption that medieval fantasy worlds are better with magic, I could leave it at that. But there are plenty of stories in that kind of setting with no magic and more historical accuracy that are plenty entertaining. And what would Star Wars be without space magic?

The few fantasy stories which have both advanced (relatively) technology and magic have to work twice as hard to suspend disbelief. That or present a culture that is still operating at the medieval level despite the overall technological stature. In worlds like this, the application of magic is either completely separate from technology, or has been integrated with technology in some way. In both cases the overall culture is usually absent of both. The general public may be aware of them, but likely have limited or no access to either.

One deep exploration of this chasm can be found in Akashic Records of the Bastard Magic Instructor. It also explores the development, or lack thereof, of magic. I recommend it as further study.

I understand of course that this is done for the sake of entertainment. A story without struggle is hardly a story at all. But why are we so easily accepting of this as the status-quot? It’s the standard image of a medieval world with magic that we’re familiar with, and anything besides that is either a shock, or a novel concept.

In my quest for understanding I’ve found a fair few stories with magic and advanced technology. They do exist, but not in bulk, and they’re comparably obscure in the world of magic-involved fiction. Even in these worlds there is a well defined split between those with magic and technology, and those without.

Furthermore, the vast majority of worlds with magic are stated to have been in such a state for many years. Sometimes a flashback or history lesson can reveal that the society had been stagnant for centuries. Even with the availability and study of magic, the hard times of a medieval lifestyle, and of course the strife and struggle of warfare.

They say that necessity is the mother of invention, but realistically the demands of conflict generate more innovation than anything else. This is especially true in the case of power. Anything that uses, generates, or demonstrates power is developed to its’ maximum useful level in whatever era it’s developed in.

Projectile technology advanced from throwing rocks, to slings, to arrows, to bolts, and then to bullets. In Europe, arrows made the advancement from sharp sticks to hardened steel heads as the materials for the heads were developed. There wasn’t much development in arrows after that, until the crossbow demanded bolts. Not long after that, gunpowder was imported from China and of course the same process was emulated.

The gunpowder itself didn’t change much for several centuries, but the clumsy iron tubes became muskets, those became rifles, and eventually the pre-loaded cartridge was invented. Only after those had been perfected within the limits of black powder, was the powder changed. The desire for faster rates of fire and more reliable systems demanded a cleaner explosion. Smokeless powder was a significant leap forward, and allowed for a whole new series of advancements, which has continued to this day.

Now we look at the typical fantasy world with magic. They have magic, this power which allows direct manipulation of the world around them. Warfare, difficult living, strife, even the danger of monsters added to the mix for flavor. How then do they almost universally lack the ambition to advance further? Even the most powerful magic users in these worlds are learning and using spells that were invented at some point in the distant past and just exist now.

If anything, the availability of magic should drastically accelerate the development of technology. Keeping with the string of weapons development, the currently impossible dream of caseless ammunition in a firearm is easy with magic. It would be a simple matter to use a spell or rune or enchantment to generate an explosion on par with gunpowder. Even before that, it would be trivial to generate the motion of a bullet without an explosion at all. The chamber of a gun would be enchanted with a spell that imparts a set amount of linear motion on the projectile when the trigger is pulled.

Yet we see extremely powerful magic all over these worlds being used directly and without any thought for a more effective way to use it. Again one must ask: why the stagnation? Why is nobody experimenting with this power? Why is nobody making advancements in either power or function? Why is everybody perfectly content with the way things are?

The two most realistic explanations are as follows.

The characters in fantasy worlds who do experiment with physics are largely anomalous. I can think of only a few non-isekai anime where that occurs. Even the non-magic examples are rare, and the worlds where this takes place still exhibit the same mass cultural stagnation. To some degree this mirrors our own history. The path from rafts to ocean-going ships took most cultures centuries. But if they had magic might they not have simply explored via magical flight?

For those who tend toward innovation, simply knowing that something can be done is enough for them to find a way to do it. That raises the question of what would be the outcome if someone sent a modern physics textbook to Galileo. Assuming he could read it at all, would that not forever change the course of history? Even if the man himself couldn’t do anything with it, simply having the knowledge extant at that time would be a huge investment.

It also suggests a interesting isekai plot wherein rather than a person being sent to another world, perhaps some science does. Ever lost a package in the mail? You ordered a chemistry set or a physics textbook. Poof it’s gone! Ends up in a fantasy world where some kid picks it up and it changes his/her life. Somebody write that!

Of course, the characters in these worlds are just projections of both the reader and the writer. So the above examples say more about us than any of them. Their cultural stagnation is a byproduct of our willing acceptance of the medieval fantasy stereotype. We accept this stereotype for the same reason we accept any stereotype, it’s easy. It’s easy to think of a stereotype and everything it contains as a single unit, not unlike a compressed file with many files inside it. It’s both easy to write and easy to read a story based on that stereotype, because the entire world doesn’t have to be explained in detail.

“Attempting to get at truth means rejecting stereotypes and cliches.”
Harold Evans

At the risk of sounding like a literature snob, we’ve been spoiled by such easy reading the last few decades, in a self-feeding loop of dropping literacy rates. Not that I think all reading should be difficult and technical. But there is certainly value to be had in something that forces the reader to form their own ideas and images of the world.

Advertise with us
468
likes / shares
FacebookTwitter