The spy manga by Masafumi Nishida, Tadayoshi Kubo, and Kota Sannomiya will be inspiring a TV anime series. Kodansha announced that it is producing a television anime adaptation of Tesla Note manga that will premiere this year. The Tesla Note website also followed suit, posting a teaser video as well as cast and staff for the upcoming anime.

The trailer shows a train suddenly falling out of the sky. Intelligence organizations have theorized that this phenomenon is happening because of a crystal created by Nicola Tesla. The story centers on Botan Negoro who has trained as a ninja since childhood and has grown up to become a talented spy.

The Tesla Note manga launched on January 6 and is currently in its last arc. Kodansha will publish the manga’s first compiled book volume on April 16.

The cast and staff for the upcoming spy anime were revealed on the official website and they include:

Amongst the staff is Michio Fukuda (Nura: Rise of the Yokai Clan) as the director, Masafumi Nishida in charge of the series script, POKImari (Sorcery in the Big City) designing the characters, and Kaoru Wada (Inuyasha) composing the music. The Tesla Note TV anime is animated by Studio Gambit.

The anime revolves around Botan who has been trained since childhood to become the best ninja spy. She is now needed to protect the world as several anomalies are suddenly taking place. “Mission T” includes finding all the pieces of a crystal. This crystal was a project of Nikola Tesla. 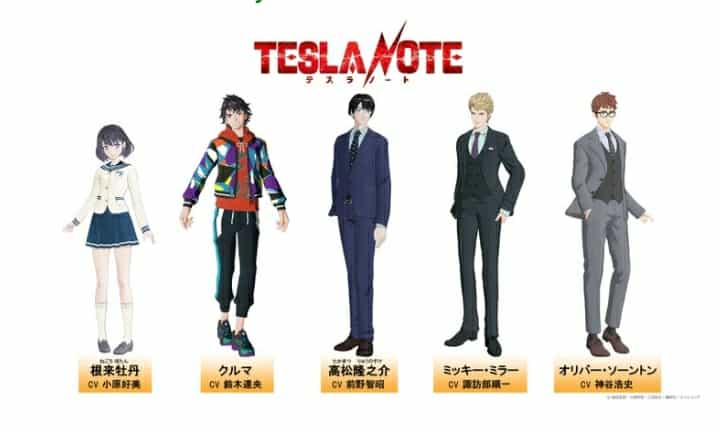 Botan and her teammates will have to secure the pieces before any other organization can possess them. The upcoming anime will be full of humor and quite thrilling to watch.

In other news, Nishida is returning to handle series composition for the second season of Tiger & Bunny in 2022.

Tell us what you think about the new anime for Tesla Note so far!

Advertise with us
241
likes / shares
FacebookTwitter