World-renowned Japanese watchmaker, Seiko, is still teamed up with the legendary Studio Ghibli in creating limited-edition watches based on some of the studio’s most popular films.

The watches Seiko has been creating with Studio Ghibli are a part of the company’s Presage series of watches, and this time, the newest watch is inspired by Laputa: Castle in the Sky in celebration of the movie’s 35th anniversary.

The limited-edition Laputa watch incorporates design elements from the film on the front and back of the watch such as the emblem that appears on the main character Sheeta’s pendant. On the top of the knob, located at the watch’s side, the actual pendant is replicated and on the back, you’ll see the castle in the sky etched in. 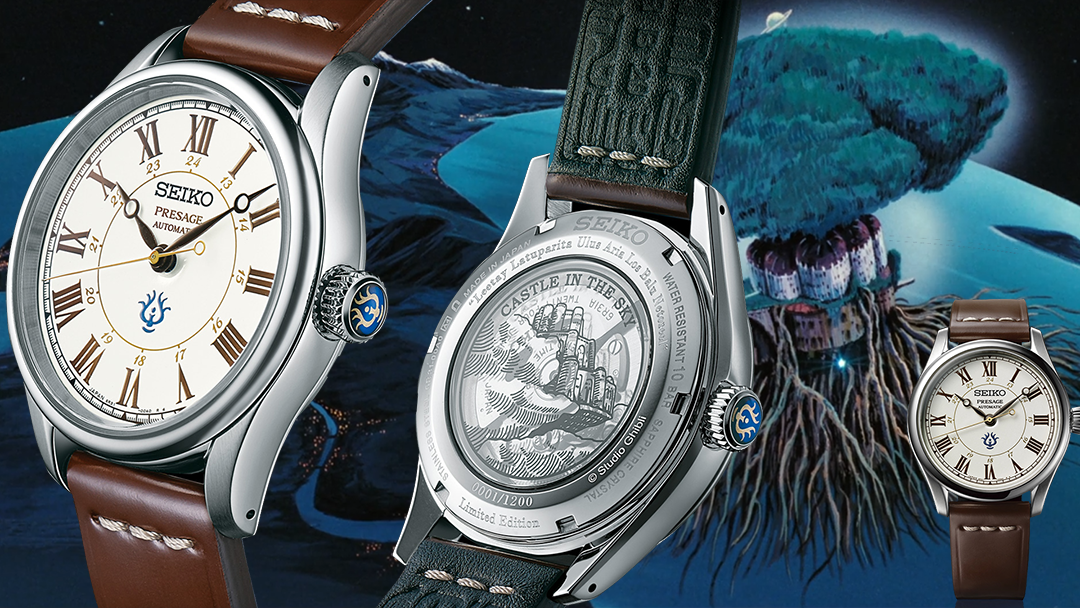 It may be difficult to read in the image above, but the incantation Sheeta’s grandmother teaches her in the film is also etched in. The box also comes with a message from Hayao Miyazaki. The attention to detail is second to none and will certainly delight fans of the movie.

Last June, Seiko released two Presage line watches based on Porco Rosso. Originally conceived as a collaboration between Studio Ghibli and Japan Airlines, the film eventually morphed into a full-length movie about the titular character and his high flying adventures. 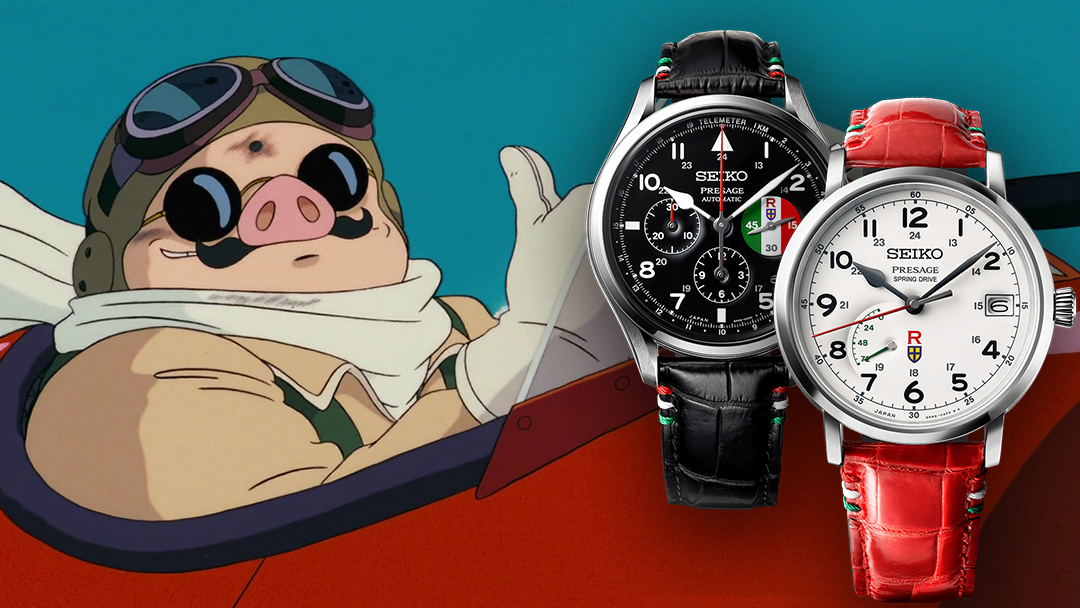 The movie is heavily influenced by early Twentieth Century Italian culture and aviation at the time. The design of the watch is inspired by the fictional Savoia S-21 plane.

The Porco Rosso watch also incorporates the Italian flag in its design, adding a nice flair to it. These watches are hard to come by and if you manage to find one, it’ll set you back around $4,000.

Kiki and Totoro Too

Seiko’s relationship with Ghibli didn’t begin at Porco Rosso; in fact, it has gone on much longer than that. The Presage line is the first of Seiko’s luxurious watches for the studio, but if you look at the company’s ALBA line, you will see a lot more Ghibli.

ALBA is a casual series of watches, compared to Presage watches. 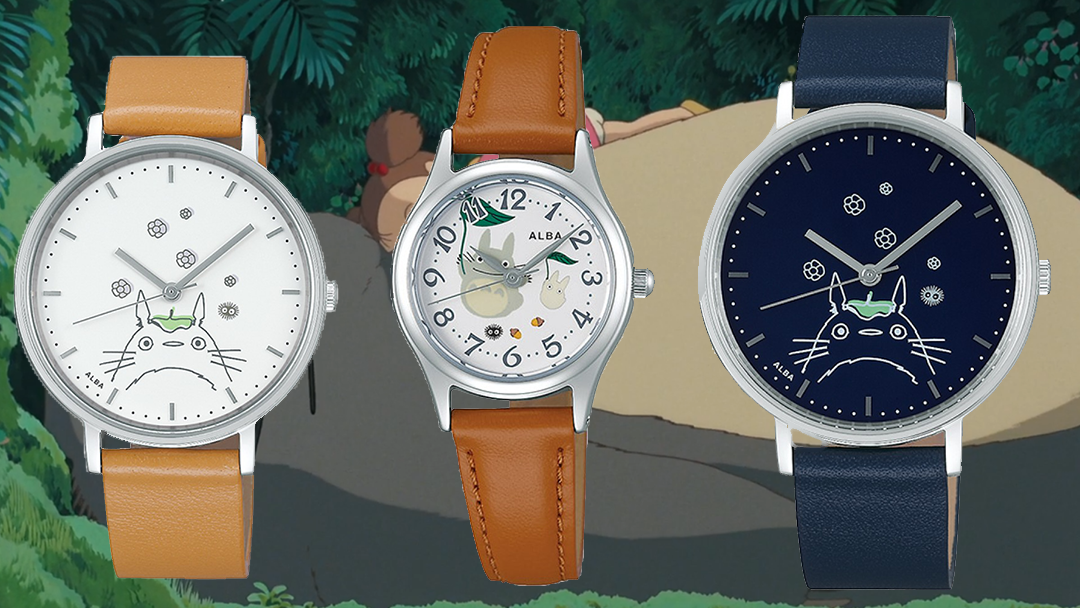 Back in 2018, ALBA released two series of watches based on My Neighbor Totoro and Kiki’s Delivery Service, both of which are much more affordable. The watches come in a variety of different designs and colors to fit your mood. 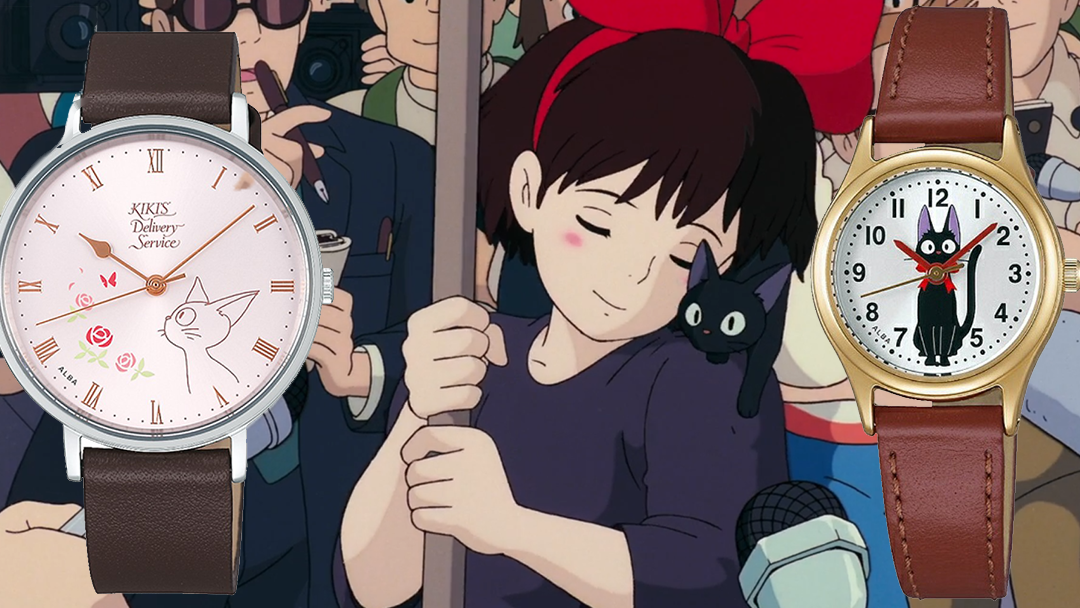 The Kiki watch incorporates elements from the movie such as Jiji the Cat in the watch face and pastel colors splashed through the line. The Totoro watches, on the other hand, take a more mature and minimalistic approach with dark blue and earthy tones.

The Kiki watches run around $50 while the Totoro ones are a bit pricer at around $75.

I assessed the Porco Rosso watches as top-notch but I think I’ll be buying the Totoro watches instead. Let’s just say that they fit my price range a lot better.

Are you about to splurge on Seiko’s Presage watches? Or will you select an ALBA watch?