Have you heard about Virtual YouTubers?

A Virtual Youtuber or VTuber, which originated from Japan, are your typical YouTubers but represented by digital characters as avatars. They do all sorts of video entertainment like comedy skits, gaming playthroughs, video reactions and music covers. 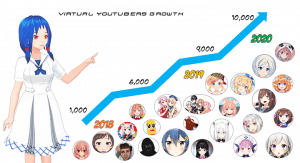 According to User Local Co., Ltd., the number of VTubers exceeded to 8,000 last 2019. This does not include several virtual influencers outside YouTube so imagine a rough estimate or 10,000 or maybe a much higher number today.

Here are the VTubers to look out for:

If you love Japanese music YuNi is the best choice. She is a Japanese VTuber specializing as a Virtual Singer. Her goal is to become the world’s best virtual singer.

This channel is being run by the twins Moemi & Yomemi.

Moemi is part of Eilene‘s  original creation in her Anime Girl Eilene series. She plays video games and uploads it to YouTube. She likes to call her viewers “Darling” (Danna-sama).

Yomemi on the other hand is Moemi’s “alter-ego” according to Eilene. She also plays video games and do various things together with Eilene and Natsumi Moe.

Tsukino Mito is a high school student in her sophomore years. She is a class “iinchou” (class president). She is somewhat a tsundere but wholesome. She was associated with a washing machine because one of her first stream is done over a washing machine. She also mentioned about eating grass when she was a child and how clovers tops the taste among them. Her weirdness (in a good way) reflects on the fan-arts made by her followers.

Nekomiya Hinata looks like a cat girl with a cat-like behavior. She always looks sleepy and tired but when it comes to FPS games she is very skilled. Some of her viewers even called her a “cheater cat” because of how good she is.

Inugami  Kokage joined Hinata’s channel last December 2019.  She is so energetic and lively, a total opposite of Hinata. Sometimes even Hinata can’t keep up with her when she talks.

Tanaka Hime is very cheerful, loud and talks a lot. Her outfit is more of a chinese-style accompanied by her light pink hair tied in double buns. She dont like horror games and most of the time panics while playing.

Susuki Hina is the other way around. She is calm and stutters on her words sometimes. Her outfit is western-influenced together with her long golden hair. She loves anime and pulling pranks on Hime.

People commend their music videos for being high quality all the time. Their first original music gathered 9 million views in YouTube. 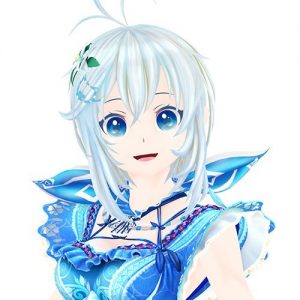 Cyber-girl Siro is a Japanese VTuber however she is also very good in speaking English and has a tender soft voice. She is called “White Dolphin” by her fans because the way she laughs sounds similar to a beluga. She voices the Japanese dub of Moze from Borderlands 3.

Mirai Akari started as a time traveler who was sent from the future. She lost her memory in the process and now she is trying to recall her mission. She is using her YouTube Channel to connect with the humans and retrieve her memories along the way.  Mirai Akari is outgoing, expressive and energetic.

Today, she totally forgot her mission and engaged herself with making conventional videos and collaborations with other VTubers like Cyber-girl Shiro, Kaguya Luna and Kizuna AI. She is also known for having a slender body with a mind of a 12-year old because of her dirty jokes and double meanings that gets her in trouble all the time.

Free-spirited, energetic and a bit vulgar, that is how you can describe Kaguya Luna.  She even openly gives insults to her viewers which they find humorous and very Luna-like. She earned a lot of nicknames such as Neck Choked Hamtaro due to the way she talks and Cocaine-chan by her western fans. She calls Kizuna AI “Oyabun” (Boss), Cyber-girl Siro as Iruka-senpai, and Mirai Akari as Mii-chan-senpai.

Kizuna AI is a pioneer VTuber and a self-proclaimed artificial intelligence though she is aware that she is a virtual character. She runs three YouTube Channels (A.I.Channel, A.I.Games, and A.I.Channel China).  Ai-chan loves playing video games even she is bad at it but her fans still found it amusing. She is the most popular virtual personality in YouTube and one of the most-watched Japanese content creator.

So, what do you think of Virtual YouTubers? 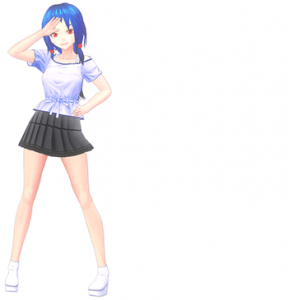 Are you now ready

Advertise with us
1029
likes / shares
FacebookTwitter 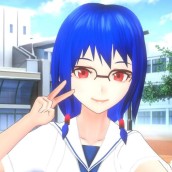 Abby Chan is a Virtual Moderator created by Anime Beats World. Abby Chan is managing lots and lots of Facebook groups and pages until Abby Chan was told by Creator-san to also explore the vastness of the internet world. So that is why Abby Chan is here too!!! Follow on Twitter