The anime is based on Kotoko Ayano’s novel of the same name.

Takuya Yamamura is returning to direct the film at Kyoto Animation. Yamamura is also writing the script, with supervision by the television anime’s scriptwriter, Michiko Yokote.

The TV anime for Tsurune aired on Japan’s national broadcaster NHK from October 22, 2018, to January 21, 2019, and streamed on Crunchyroll. Crunchyroll describes the series as such:

When Narumiya Minato joins Prefectural Kazemai High School, he is quickly invited to join the archery club by the club’s advisor, Tommy-sensei. His childhood friends Takehaya Seiya and Yamanouchi Ryohei swiftly agree to join, but Minato is hesitant at first. Because Minato is the rare student with experience in archery, Tommy-sensei orders him to give a demonstration, which Minato does… except his arrow doesn’t hit the target. It is revealed that Minato has developed a terrible dysfunction regarding archery.

Top 7 Most Relaxing Modern Anime as Ranked by Japan 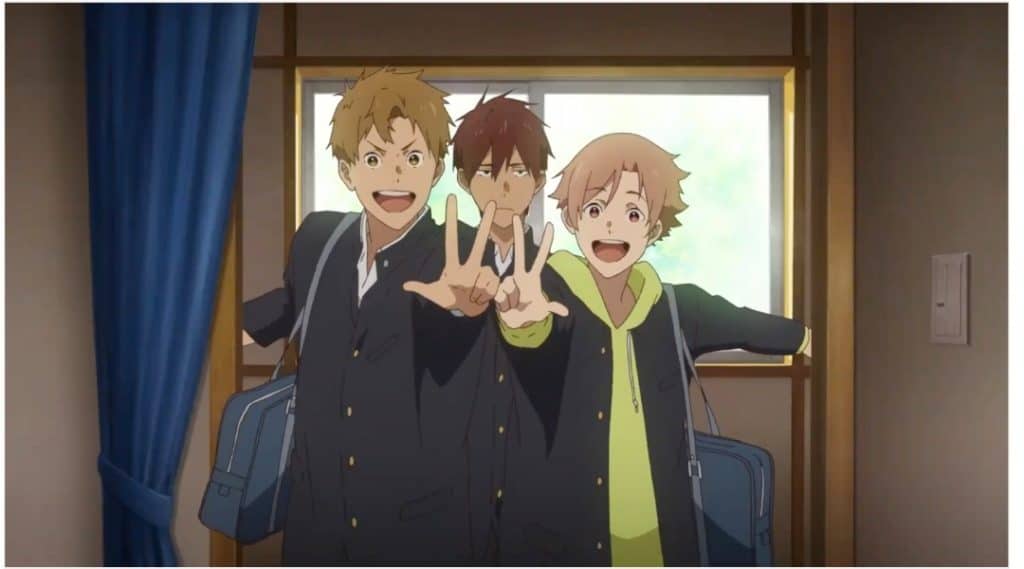 Participating theaters and the retail site Major will begin offering the second batch of advance tickets — MoviTicke Cards, each in a bundle with one of five randomly distributed “flower visual portraits” illustrated by character designer Miku Kadowaki.

Tell us your thoughts on this movie!