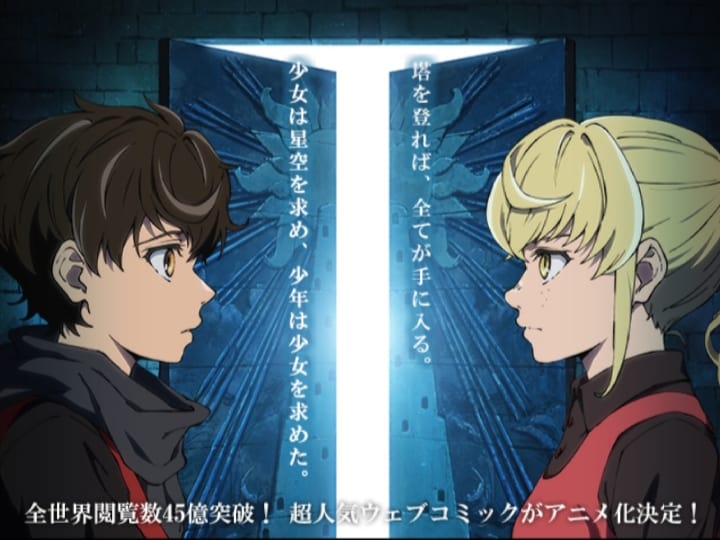 Winners of the Crunchyroll 2020 Anime Awards

It is an exciting time for anime fans, as the renowned Tower of God manga will finally be getting it’s long awaited adaptation.

The adventure fantasy web manhwa / manga illustrated by Lee Jong Hwi (이종휘) has gathered over 4.5 billion views worldwide while being translated into about 28 different languages.

You can read it on Webtoons.

The website has already released a visual teaser that shows the two major characters – Bam and Rachael. Premiere has been confirmed for spring with Japan and the United states having simultaneous releases. The wait is finally over.

What is it About?

For those who have not read the manga, Tower of God tells the story of a young boy – Bam, who has lived the majority of his life trapped under a mysterious tower.

His only companion being Rachael, the only person he has had feelings for. With Rachael climbing higher, Bam needs to climb to the top as well, floor by floor.

The young man faces a lot of obstacles, through the mysterious nature of the tower, and the intelligent lifeforms that inhabit the tower, but he must overcome his rivals for his love for Rachael.

It has been confirmed that Aniplex subsidiary, Rialto Entertainment will produce the animated television series, however the exact release date is not known.

Anime and manhwa fans, let us know how excited you are about this news!

Advertise with us
751
likes / shares
FacebookTwitter