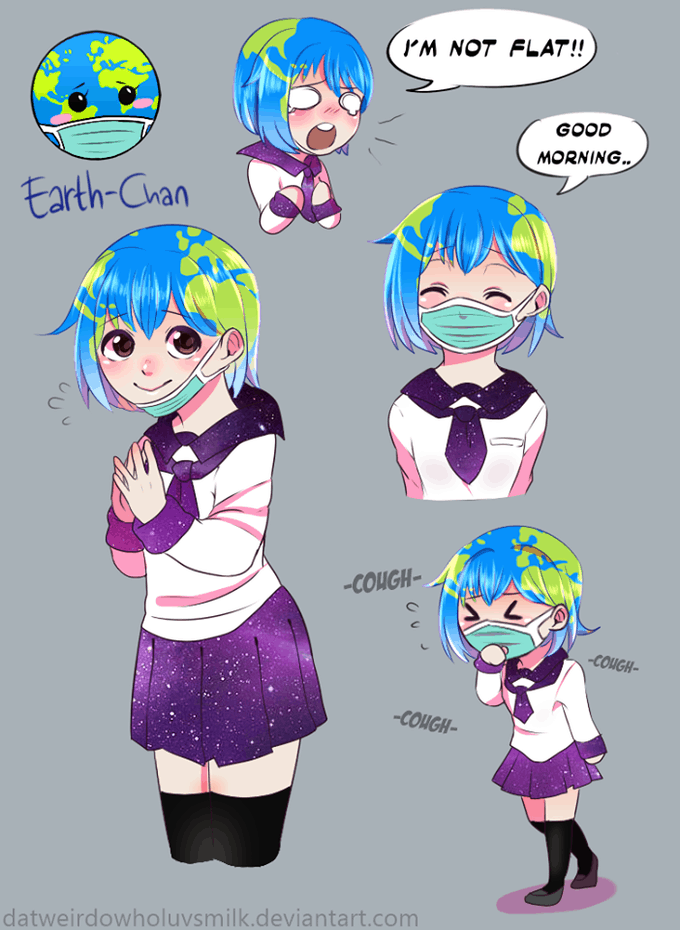 Overnight Hairstyles: Because There Is Life Outside The Hot Rollers

For us folks who lives with the internet every single day, memes are like breathing for us. A dank meme here and a dank meme there. And before the year ends, join us as we take a look back on these dank anime memes that put smiles and even cringe on our face. 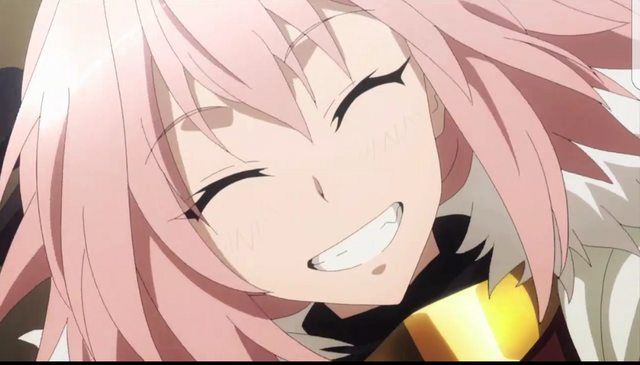 Thanks to Fate/Apocrypha’s Rider of Black, who topped the Japan’s Summer 2017 Best Girl, the traps once again have their share of giggles and cringes this year.To the folks who don’t what traps are, are you living on a cave?! I mean, traps are beautiful and cute anime girls, except that they are really dudes. 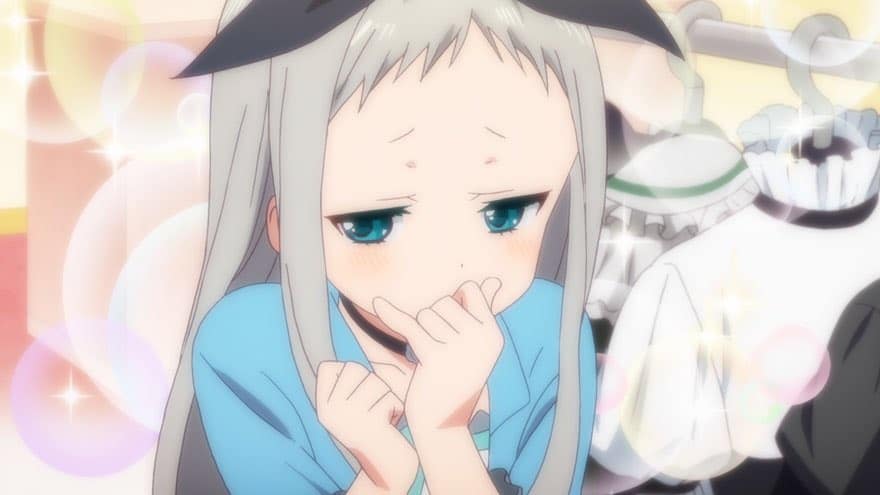 Thus, reviving the immortal question, “Are Traps Gay?” and the affiliated question likes “Does Liking Traps Make You Gay?”. And I would like leave the answer to you coz traps are really not my cup of tea. :V

Is That a JoJo Reference? 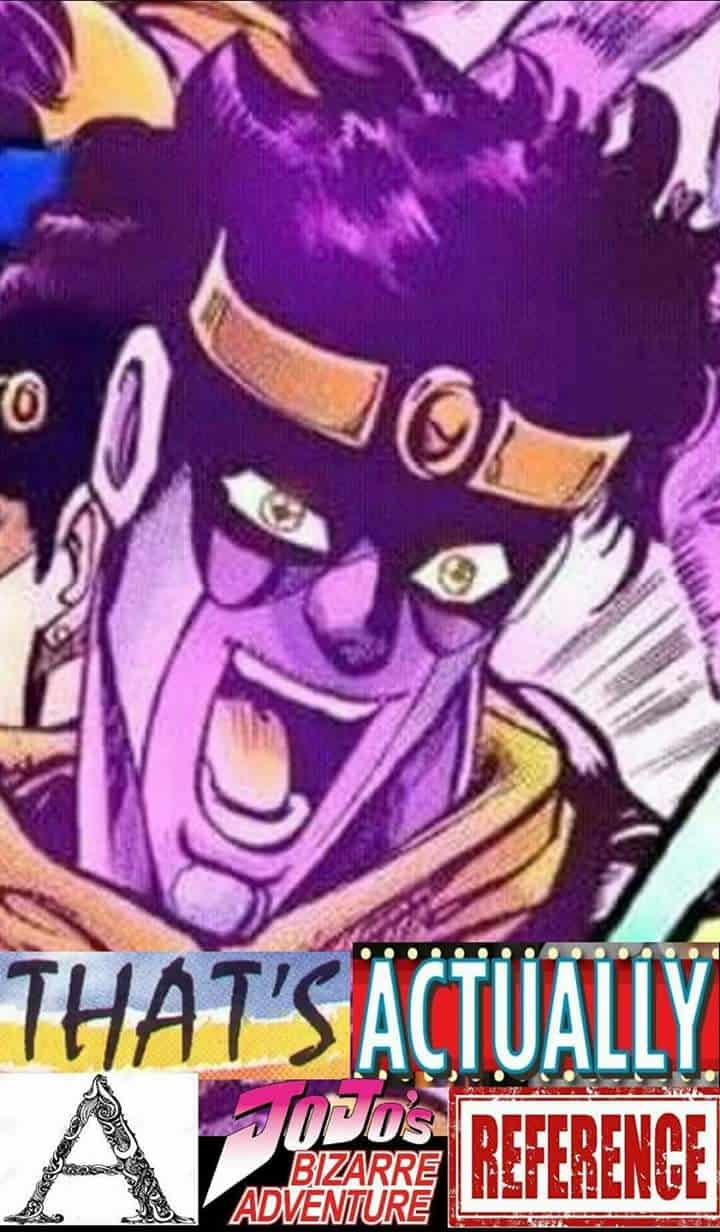 Who doesn’t love JoJo’s Bizarre Adventures?! This is a manly anime for manly otakus out there who won’t stand everybody’s wishywashiness. Honestly, it is really a great punchline if one of your friends just spoke words you heard from JoJo and object with a manly pose. 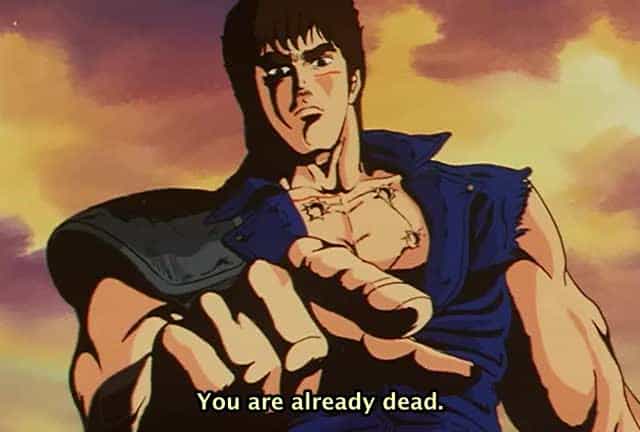 This catchphrase meme is indeed old and classic, hailing from the ‘80s anime series Fist of the North Star, and has been around the net for years. And possibly because of the popularity of the JoJo, Kenshiro rose once again to repeat those same cool and deadly lines.

Omae Wa Mou Shindeiru or “You Are Already Dead” in English is Kenshiro’s final words to his victims after unleashing his deadly signature move HokutoHyakuretsu-ken. With sheer badassery that eventually became a comic relief after several years. Hence,  giving birth to this meme that enjoyed total popularity this year.

KannaKamui, the loli Ainu dragon from Ms. Kobayashi’s Dragon Maid is one of the most memorable characters in the series. And this reached to the point that she became a meme herself because of her cuteness. But it seems the Rule # 34 doesn’t let her escape.-_- Time to call the police.

Kidding aside, how can you resist this adorable ball of moe cuteness.

Look at her cheeks. 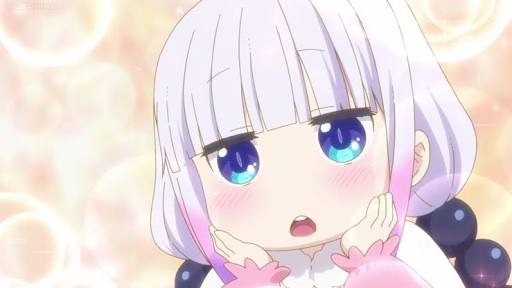 Look how she chomped stuff randomly. 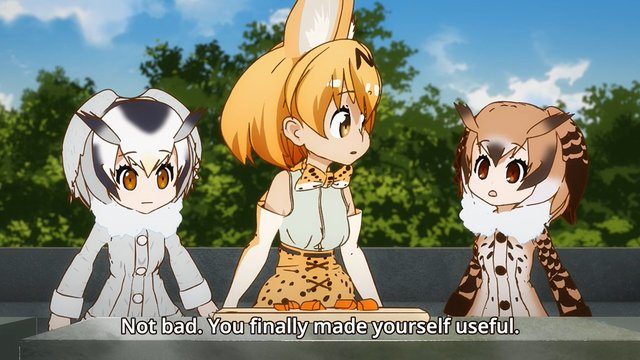 Who would have thought that an anime adaptation of a gaming failure will gain a cult status this big?! Despite its poor CGI and the childish nature of the show, it managed to catch the hearts of anime fans with its relatively dark theme. 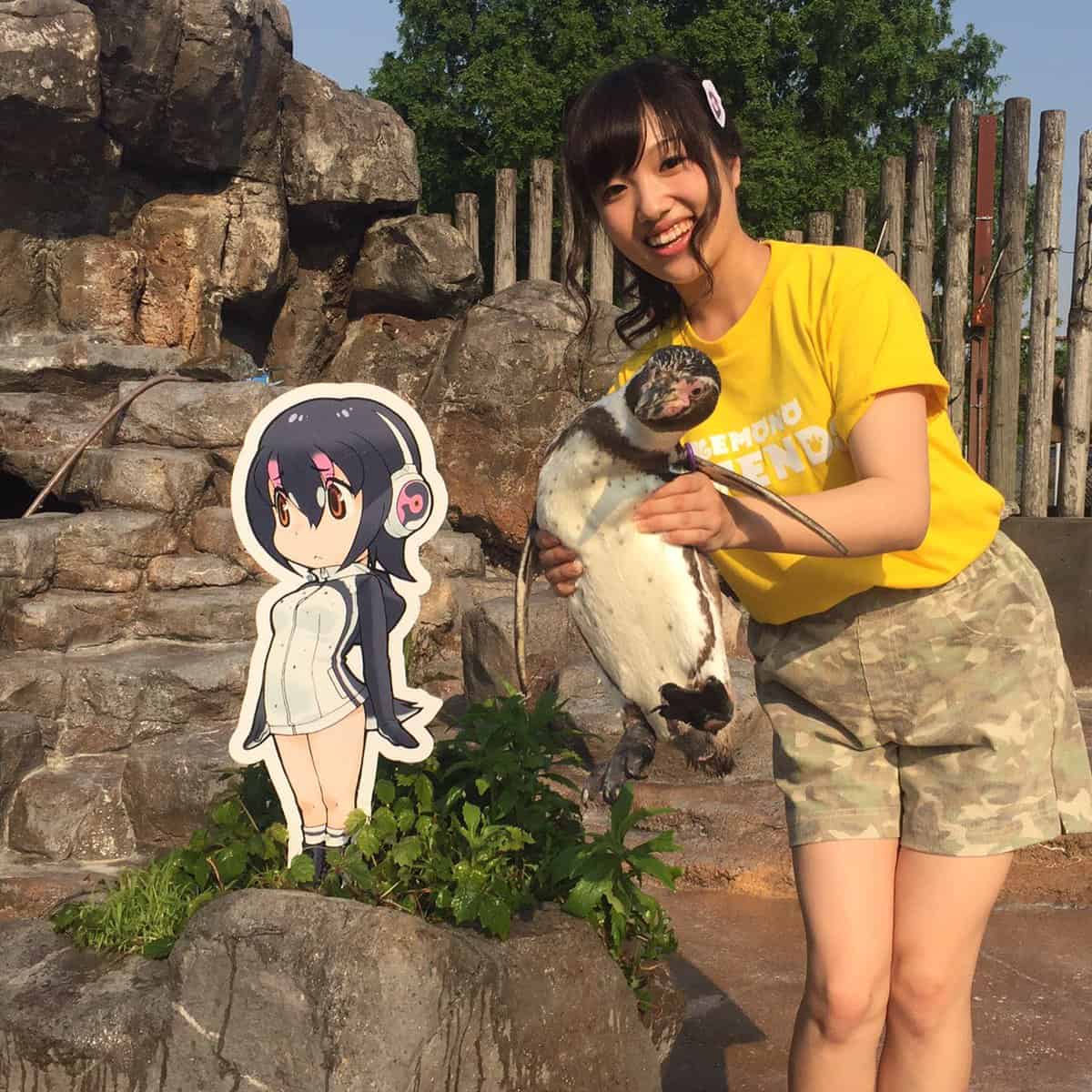 And that’s not all, even a penguin, the all-popular Grape-kun, “fell in-love” with aKemono Friends cardboard cut-out of the penguin character, Hululu. Thus,it gives us hope that there is no dimension or vector that will forbid us from loving our waifus and husbandos. Unfortunately, Grape-kun passed away last October,but for us fans his love is eternal. 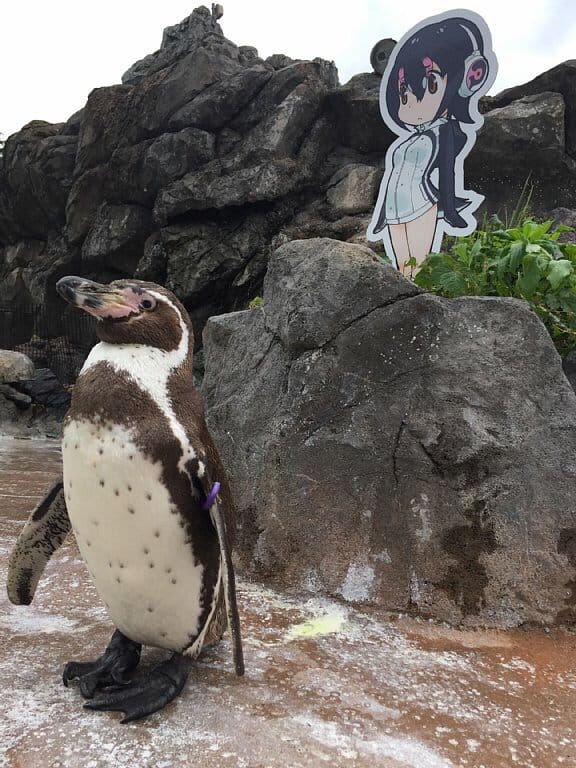 Ah, I See You’re a Man of Culture as Well

This single screenshot is indeed a meme of its own, expressing a sophisticated taste on a certain interest after a remarkably funny dialogue. And you might ask, where does this meme came from?

It came from the 9th episode of the 2nd season of Arakawa Under the Bridge originally aired on November 28th, 2010. After a 4-chan user took this as a reply on a thread, this slowly paved its way to meme status that it has today.

Wait, you love yuri? Ah, I see you’re a man of culture as well. 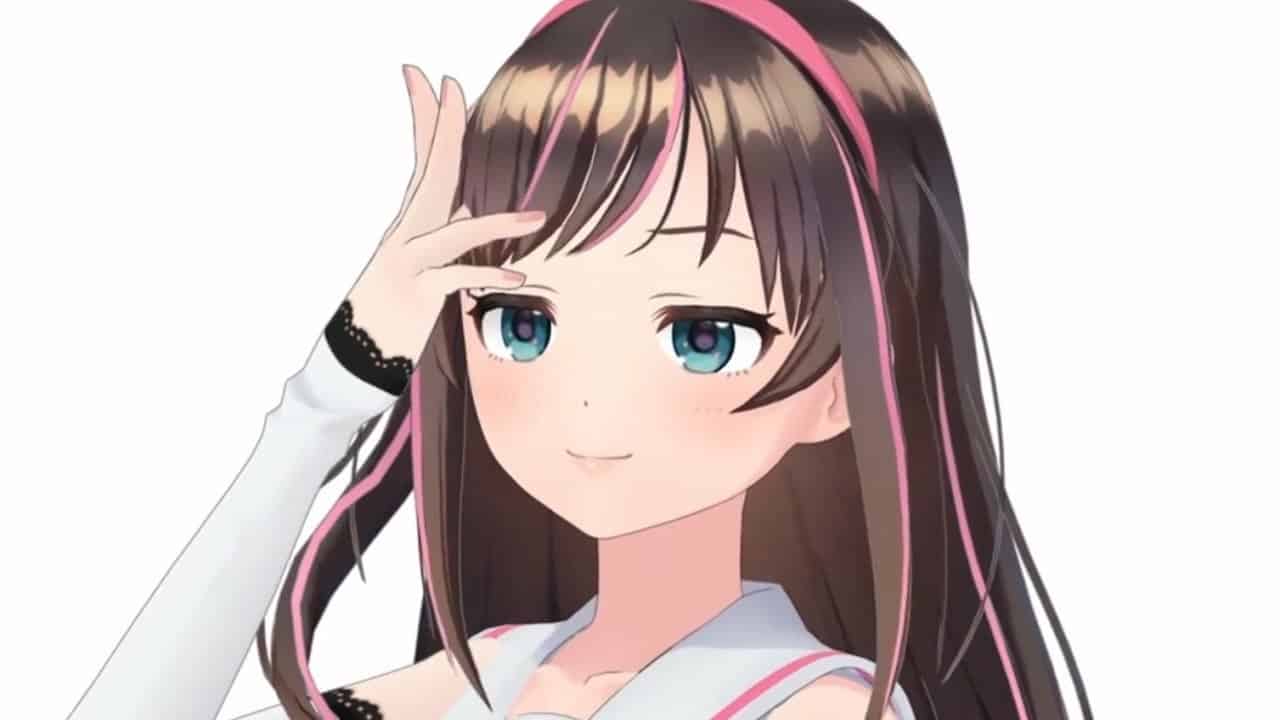 Only a caveman doesn’t know who Ai Kizuna is! Ai Kizuna is an adorable and energetic “virtual YouTuber” whose usual contents are Let’s Play and vlogging videos. 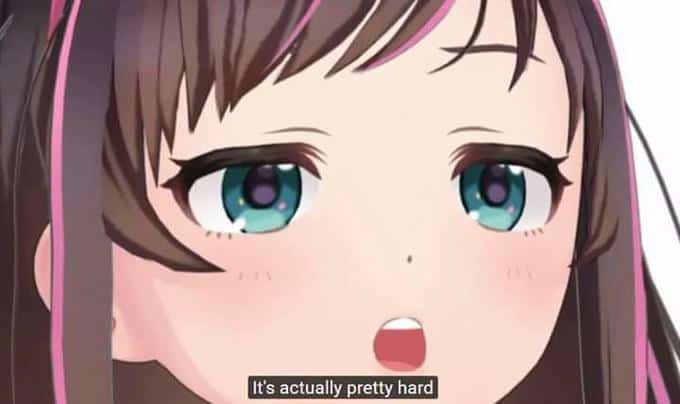 The premise of having a 2.5 d girl playing games and visiting anime pilgrimage sites via Google Maps is both amusing and refreshing at the same time. And really good that fans made quality memes out of her. 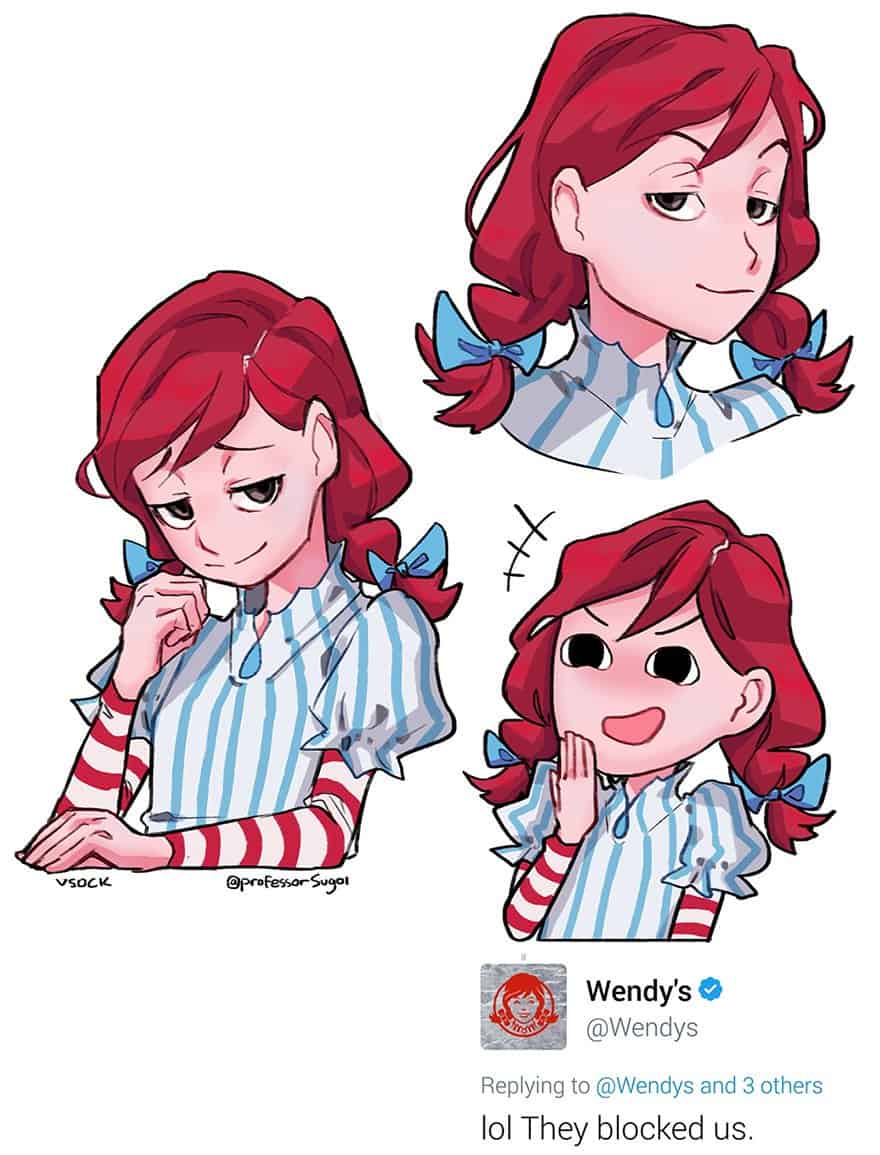 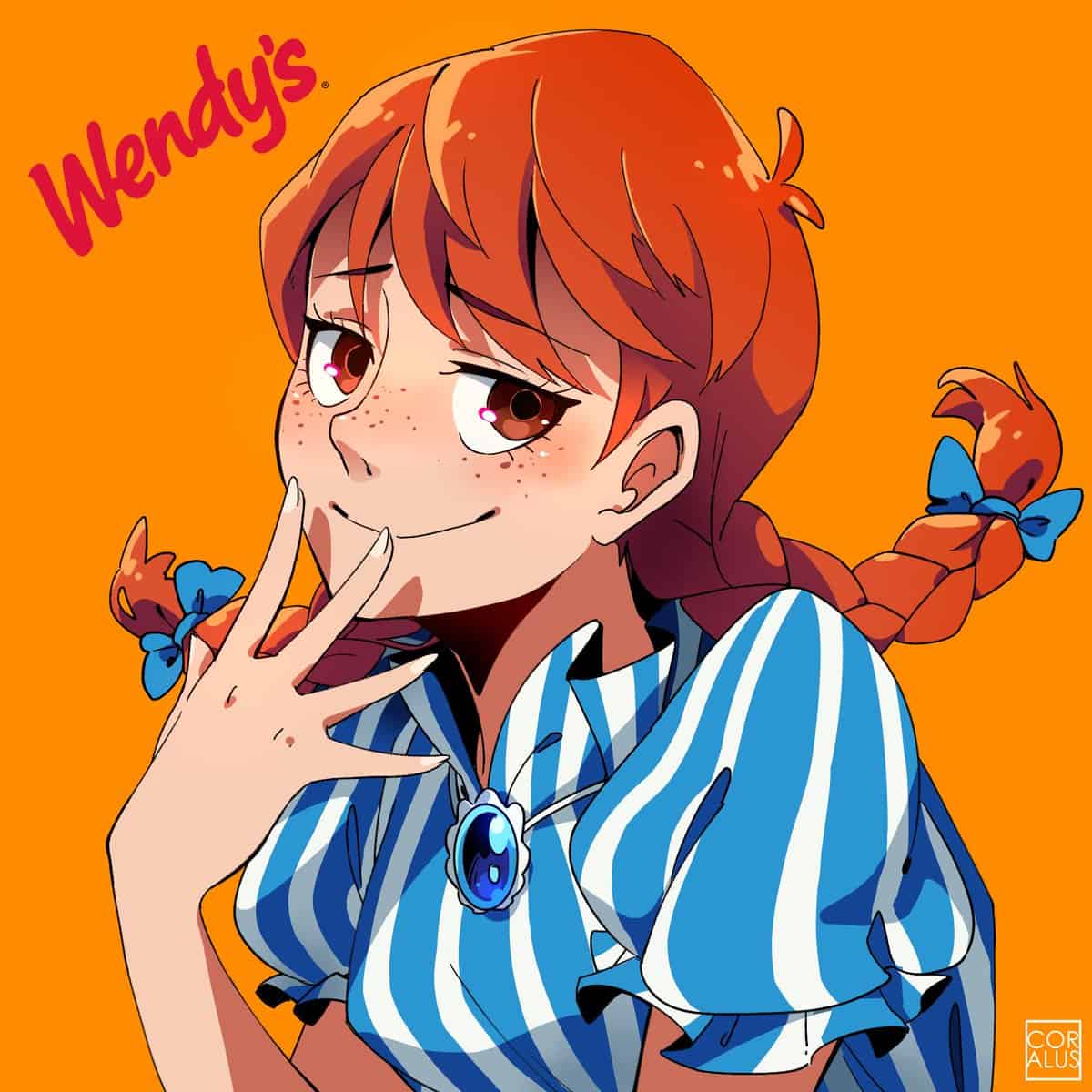 Her legend started with a simple “smug response” Amy Brown (then Wendy’s social media manager) replied to a disgruntled customer. And from there, the “savagery” is personified and became the Smug Wendy’s, a.k.a Wendy-chan, we all know today. 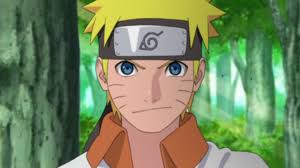 After years of fighting, protecting the village of Konoha and the bonds he made, and ultimately becoming a hokage himself, NarutoUzumaki is degraded by the internet memery as Boruto’s Dad.

This piece of meme started after Crunchyrolltweeted this one below. 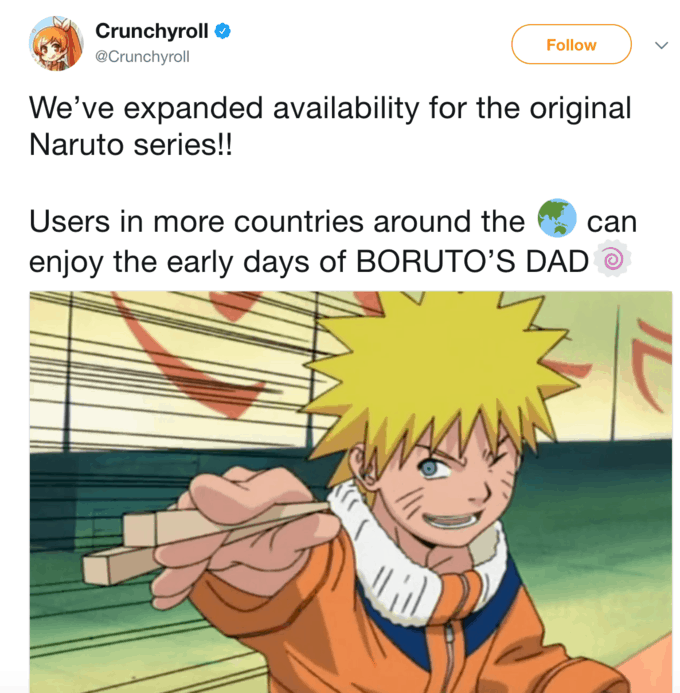 Several dank memes later, I would like to say, GG internet. GG. 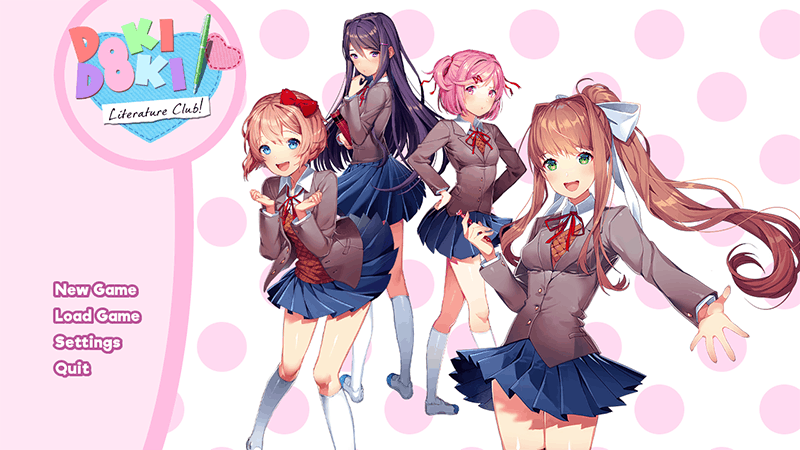 Doki Doki Literature Club, or DDLC as it is fondly called, is nightmare fuel disguised as a generic harem moe visual novel. And for a really short game like this, given the immense impact it has for its players, there’s no doubt it raked awards that no other game like it will achieve. 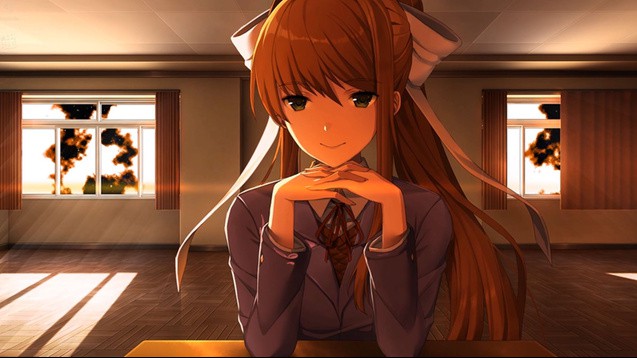 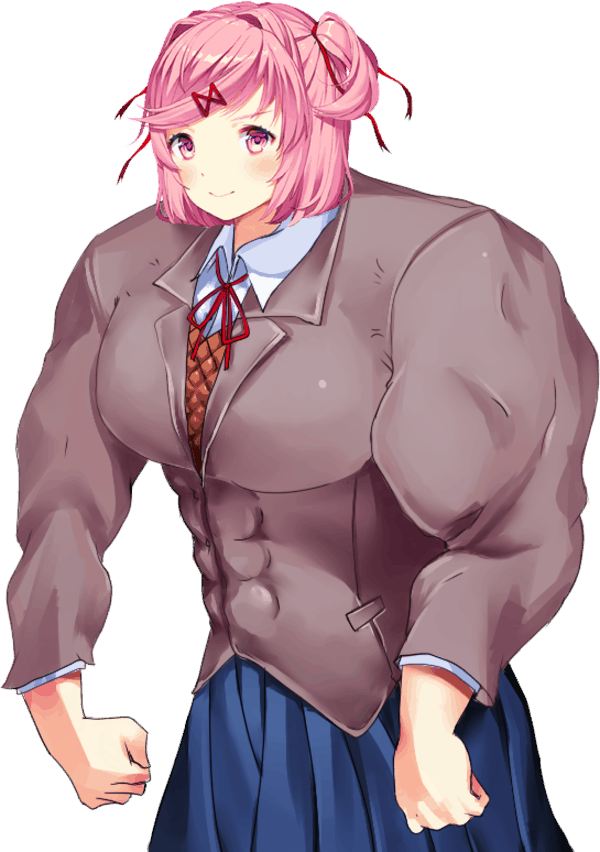 Upon reaching cult status, its followers increased so do its fanarts, ranging from lewds to black humor. It’s really a shame if you don’t know this game and you better play it, fam. 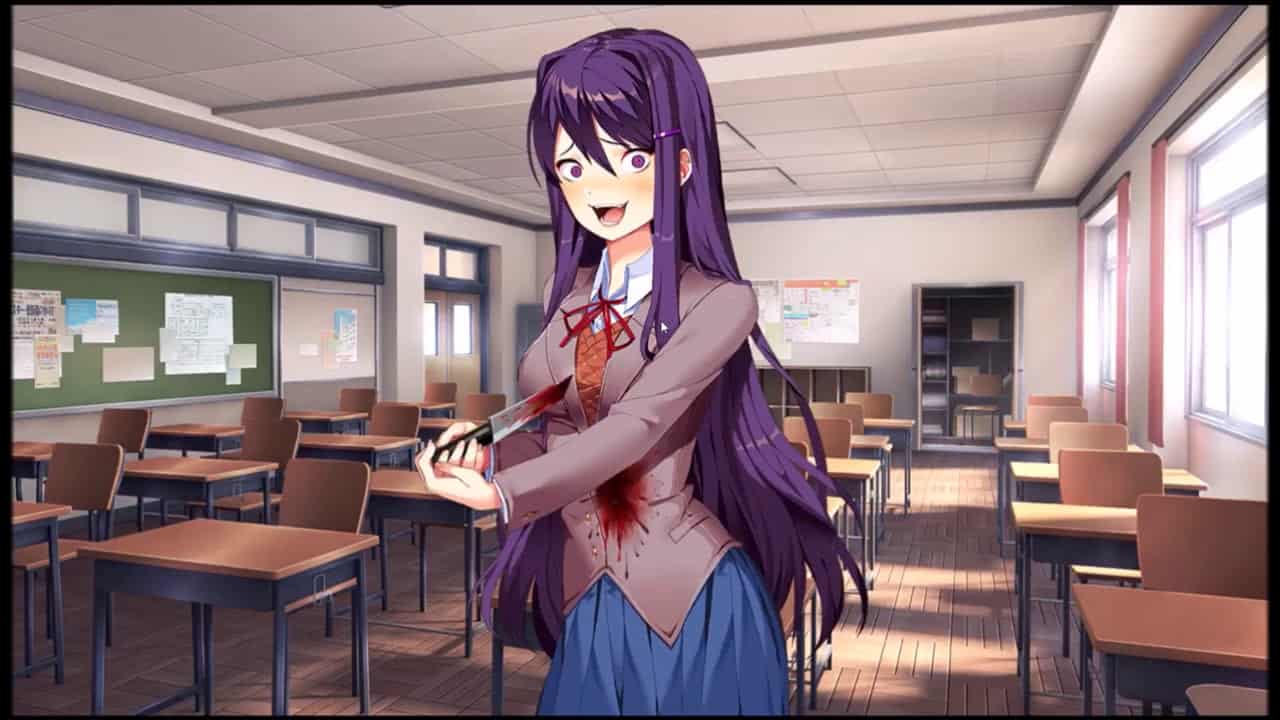 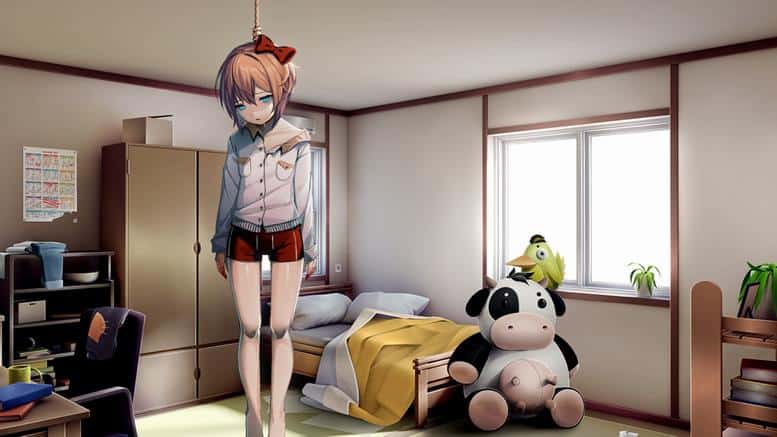 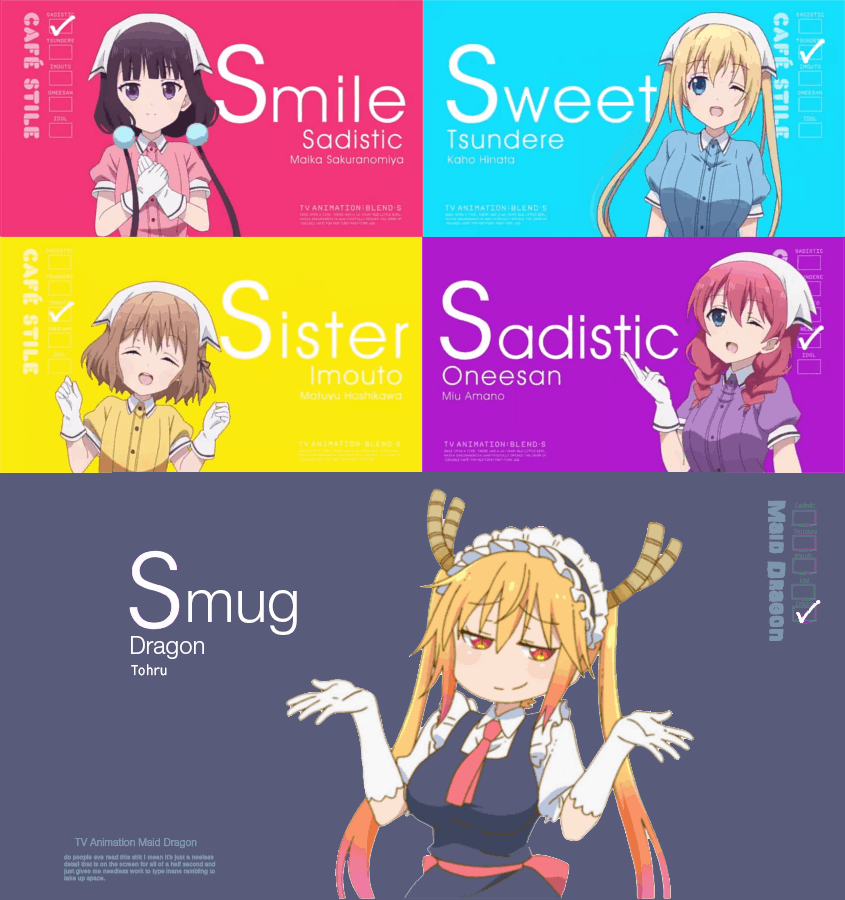 This anime of Fall 2017 otakus enjoyed this meme template of Blend S based on its opening song. Thus, starting the “S” Stands For? memes. And for Hideri? S for STAHP. 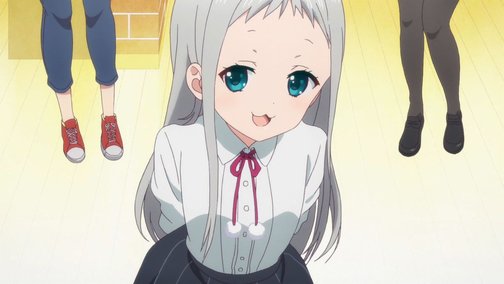 Honestly, the first part of the OP is really catchy that there’s no doubt it really has this meme potential. 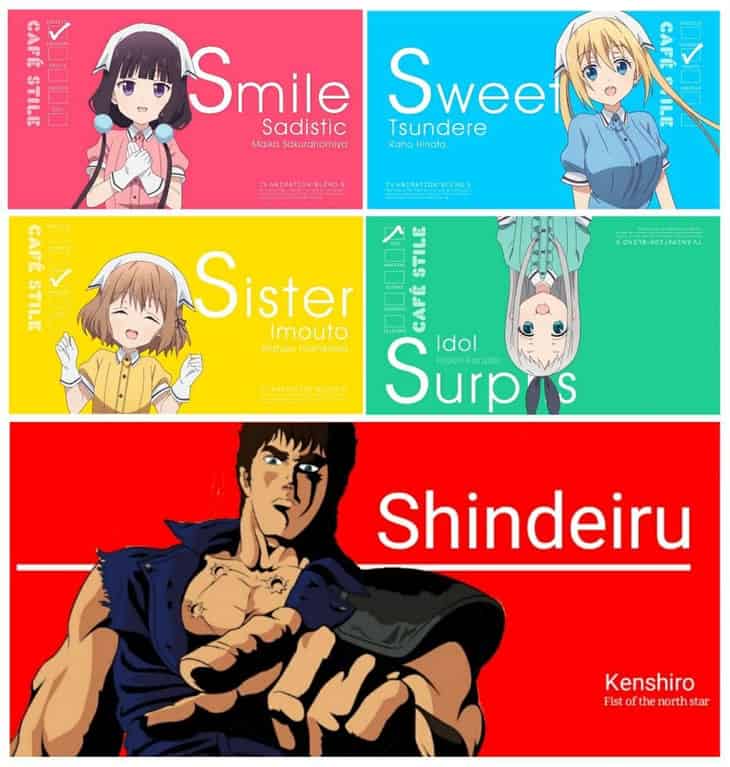 Okay… The anime fandom has moe anthropomorphized several stuff, from ships, to animals, to fast food chains, and even countries, it seems that humanity won’t just stop there. They won’t stop that they even made Earth itself a kawaii high school girl, Earth-chan. You might ask, “Who the hell started this?” 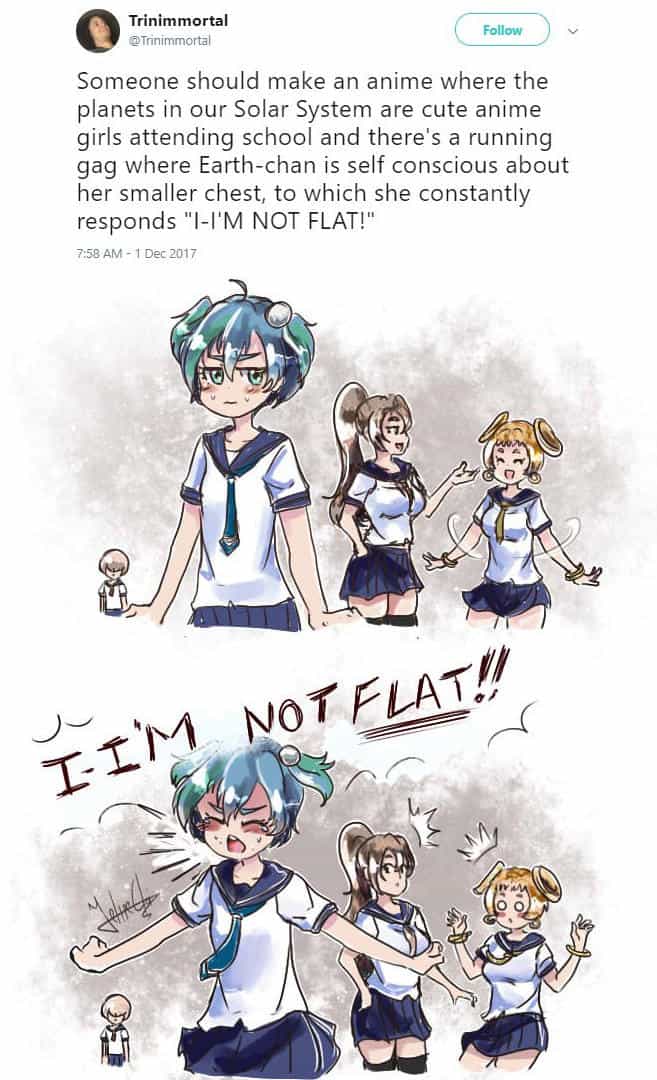 And as expected, the internet follows with this amazing gallery of Earth-chan making several of our kind as instant environmentalists. 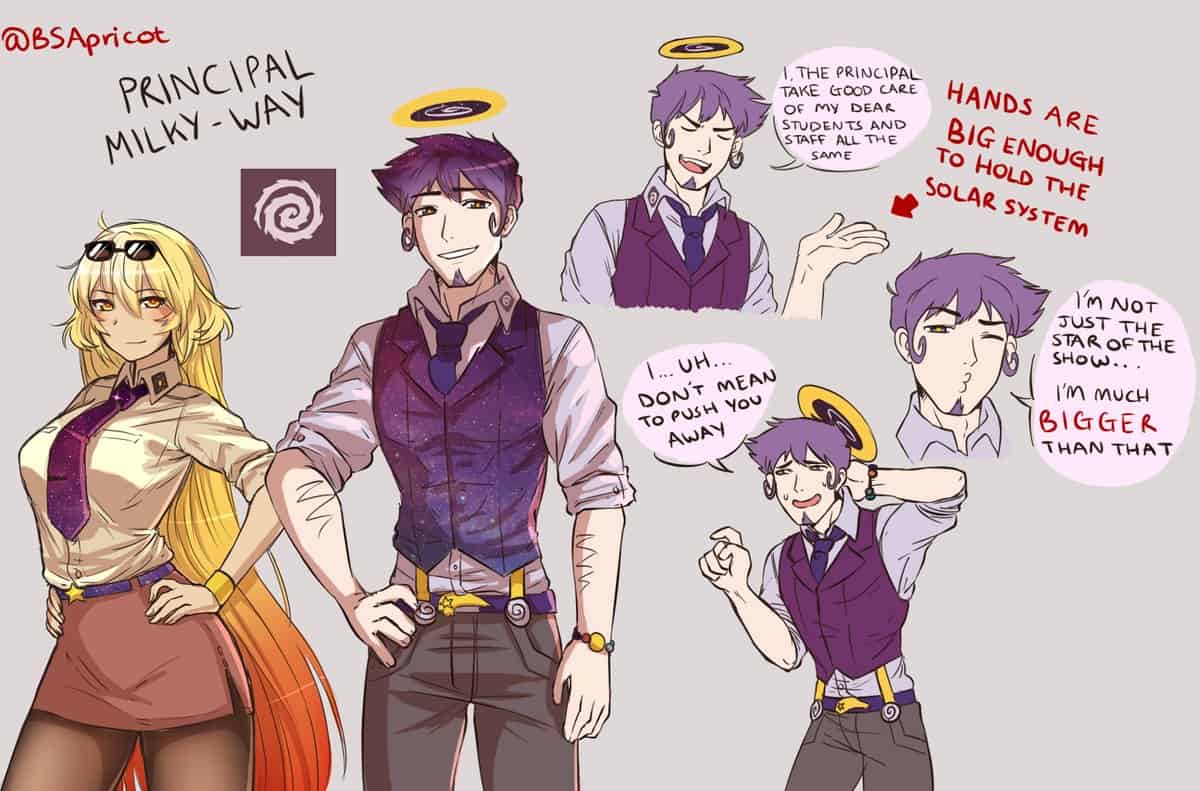 You think the fandom stops there? YOU’RE DEAD WRONG! They even made the whole solar system, and even the whole universe part of the Earth-chan canon. There’s no way learning astronomy can be this fun. XD

This year indeed gives us quality memes that brought us really good times. I hope next year will give us the same or even better anime memes to enjoy. And from Anime World, we would like to say Happy New Year!!

Advertise with us
672
likes / shares
FacebookTwitter

Top 15 Furries The Need Busting Out From Area 51