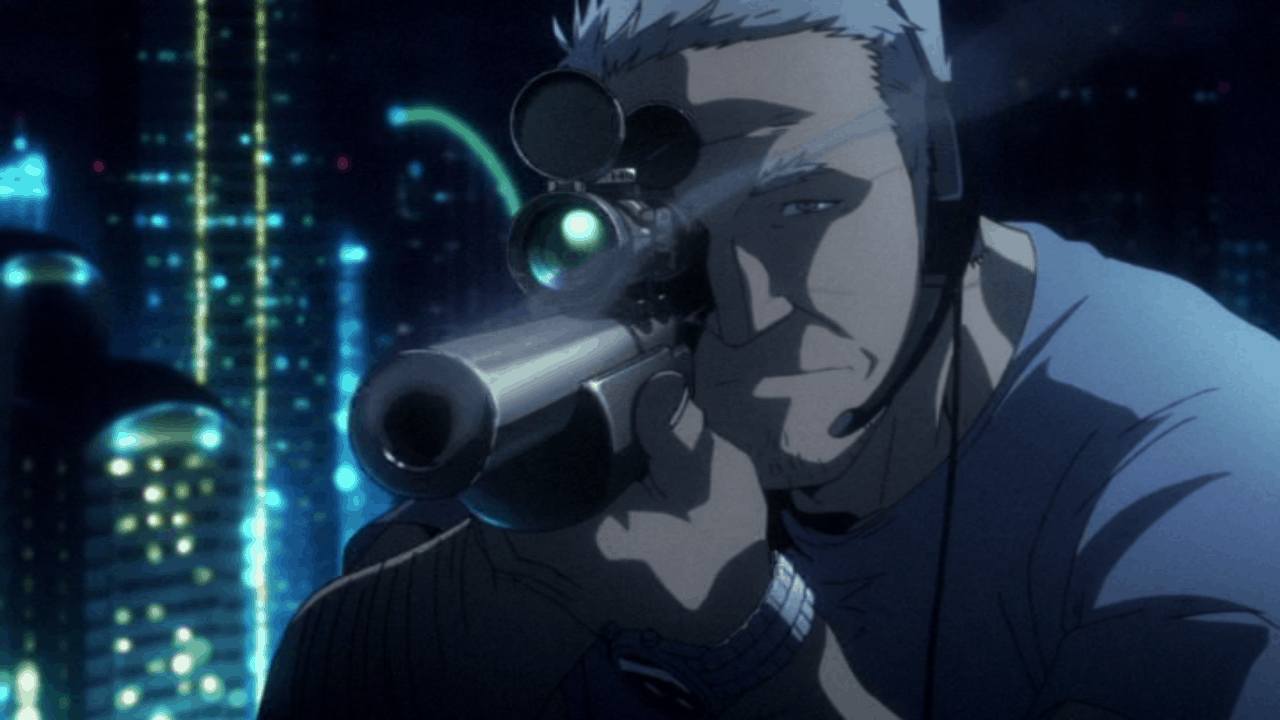 When anime finally chooses to incorporate heavy gun action into its plot, what follows are bloody scenes, fear as cold as the metal coatings of the gun, and breathtaking gun-slinging action, especially when the character wields two guns while keeping both hands occupied. 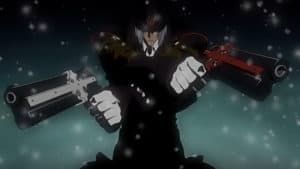 Gungrave is an anime based on a third-person shooter video game. It is animated by Madhouse Studios and special attention was paid to its action scenes throughout its 26 episodes.

The series began in October 2003, ending in March 2004. The way the anime is set up, the first half and second half feel like totally different anime as the series takes a sharp turn from gang/crime syndicates to a post-apocalyptic approach.

The story focuses on Brandon Heat and Harry Macdowell as they join “Millennion” and rise through the criminal underworld. 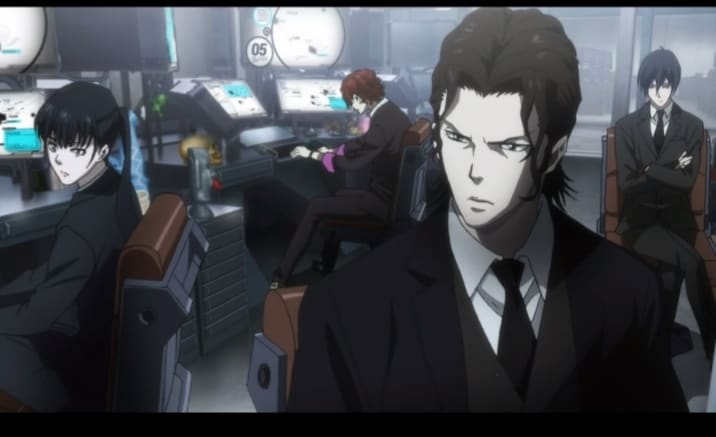 This 22-episode series is one of the best mystery/psychological thriller animes out there. It is animated by Production IG and aired from October 2012 to March 2013.

The anime is set in a futuristic Japan where everything is controlled by a system – Sibyl System. All citizens are assessed by this machine, a process that determines whether they are fit for society or not.

The story revolves around a new recruit, Akane Tsunemori, who becomes apprehensive of the system after an incident. Psycho Pass features a special kind of gun known as “Dominator”. 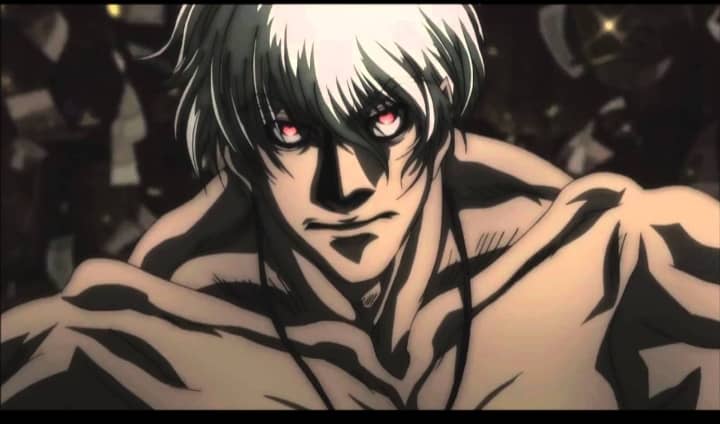 This action anime has a pretty dark theme. There are moments of horror and gore which are brought to life perfectly by the different studios. Helsing Ultimate is an OVA… animated in parts by Satelite, Madhouse, and Graphinica.

The 10-episode OVA ran from February 2006 to December 2012. Helsing Ultimate is artistically violent and leaves no room for questions concerning how far it is willing to go.

With Nazi vampires running around, and a group of excellent shooters trying to stop them, the show is packed with flying bullets from all angles. 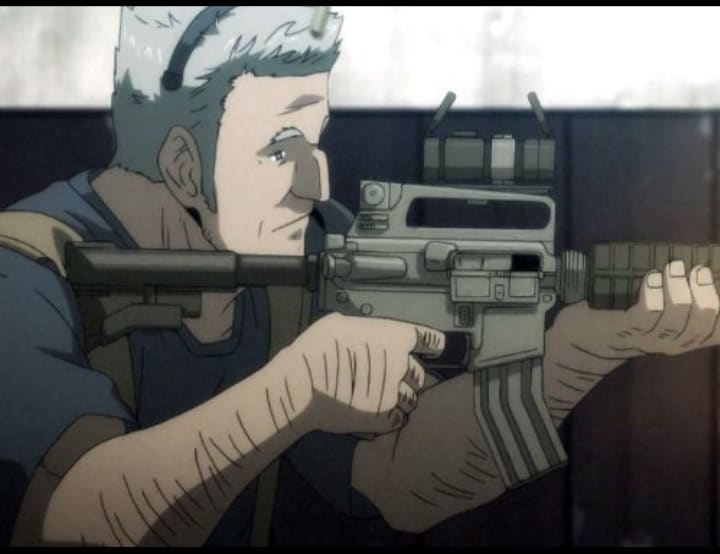 Jormungand is an excellent anime series with several amazing gun battles and it is fun to watch several of its characters struggle with conflicting life philosophies.

Jormungand follows the life of a ruthless arms dealer who, ironically, is on a quest for world peace. She meets an orphaned child soldier and their lives intertwine.

The 12-episode series aired from April 2012 to June 2012. This Seine anime is perfect for anyone looking for action-packed thrills. As it features an arms dealer, the anime features a number of real-life gun models and highly exciting gunfights that bring the blood and gore. 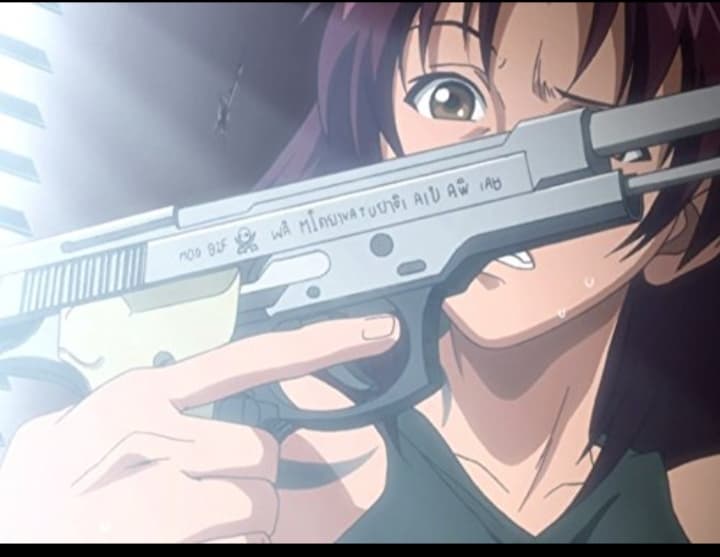 Roanapur! That’s the city where all sorts of evil goes down. Roanapur is home to all gangs and mercenary groups. It is a big player in the black market too.

In this anime, we follow the Black Lagoon crew through each episode as they take on gangsters, assassins, Nazis, and even the Yakuza. Revy is a two-handed gunslinger who leaves holes on anything while Okajima, who was just an ordinary businessman at the beginning of the series, is the moral compass of the crew.

Here we come to the end of our list. Notable mentions are Golgo 13, Gunslinger Girl, Trigun and Phantom: Requiem for the Phantom.

Which of the five anime shows is your favorite? State in the comments below~

Advertise with us
430
likes / shares
FacebookTwitter