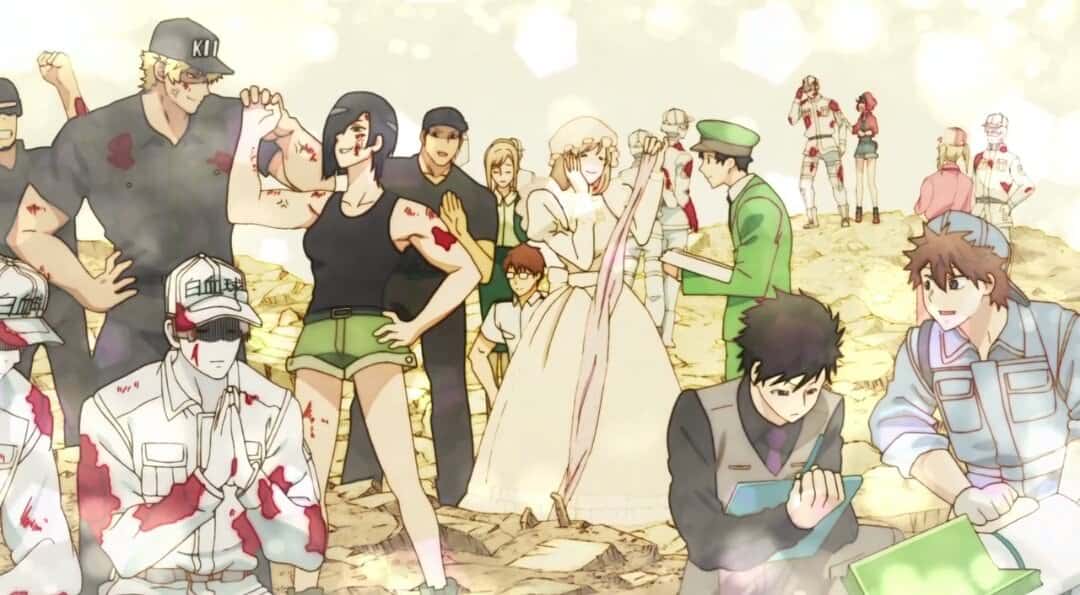 Red blood cells, white blood cells, and bacteria! Sounds like a cheesy educational series that you would snooze to during a boring lecture. But wait, what if half the cast were waifus? Adorable loli’s?! Jojo references?!?!

Cells at Work! is an educational manga and anime series personifying the lives and jobs of the cells residing in a human body. Despite the numerous waifus, lolis, and Jojo-referenced male roles portraying as individual and specific cells, the facts and circumstances stand accurately true. So what about each and every characters’ design and personality trait?

Here are some facts about the best girls from the show you may have not known:

A bit of an airhead, clumsy, and easily gets lost. Best part about her though? Red Blood Cell strives to the very end to do her best at her job. She provides oxygen to their appropriate destinations throughout the human body. And regardless of her lack of sense in direction, she never fails to deliver!

A hematologist, one who studies blood, may suggest that the main character herself may be a sickle cell due to her being constantly lost as a reenactment of what a sickle cell typically does. But hey, what a unique waifu to have when she is the only one of all the red blood cells to actually have red hair!

Why are Macrophages crazy scary despite their angelic and calm demeanor? At one point, the main Neutrophil demonstrates the phagocytic effect, which is the devouring of bacteria and other foreign matter. Well, Macrophages are known to be the biggest eaters, wolfing down on not only bacteria but OTHER dead cells as well.

Care for a particular waifu who knows how to house-clean, carry a gigantic weapon AND a huge appetite? At least she’s very caring and mother-like to the rest of the (living) cells.

Steer clear from this waifu if you absolutely hate the Spring season. Mast Cells are responsible for most of your allergic reactions from pets, food, plants, etc. These reactions typically occur immediately, hence her haste and panic in overproducing an unnecessary and unwanted amount of histamines.

Mast Cell is not inconsiderate of others’ feelings, as she still wants the best for you. The coffee-loving scientist merely follows the rules of her job seriously. With an inaccurate measurement of what is actually required… Just don’t call her a Fat Cell, and you’re good to go!

She protecc. She attacc. But most importantly… She T H I C C. Natural Killer Cell, NK for short, rid of cancerous and other abnormally formed cells, and viruses mainly. A fun, yet disturbing, fact is the way she would kill said subjects not demonstrated in the show. NK cells induce apoptosis or lysing of other cells. In simpler terms, they force said cells and viruses to kamikaze on their own.

NK Cell is a cold, competitive, and condescending individual. She may not be everyone’s cup of tea, but she notably packs a punch. Despite her brash behavior, she is one of your best protectors in the long run. I mean, the last thing anyone would want is to develop cancer, right?

Eosinophil is another rare waifu that only exists in about 1 to 100 white blood cells (coming from someone who actually has to manually count them under a microscope multiple times). She’s quiet, gets embarrassed at the slightest compliment, and humble. Eos, for short, regulates the allergic reactions (less significantly than the Mast Cell) that occur throughout the body and mainly fight off parasites. So why the pink attire?

Under a microscope, eos are the only white blood cells that contain reddish-pink hues (called granules) that are typically released to induce that allergic reaction everyone experiences. Needless to say, don’t let her silence and lack of presence catch you off guard.

How could we forget these tiny, adorable (totally not-waifu-able) loli’s? They may not be waifus (halt the FBI, we’re still good here).

But Platelets definitely have a notable mention. So why are all Platelets loli’s? The prominent fact is that they are the smallest sized cell in the human body. Makes sense.

Well, here’s another fact most would find depressing. So if you’re not ready to read this, be aware the following statement is a morbid and tasteless thought. Platelets have a lifespan of 8 to 10 days. So what can we say that by the end of the 13th episodes these precious Platelets would be?

Let me not remind you about what Macrophages do.

The former fact is preferable and simple, it may seem. 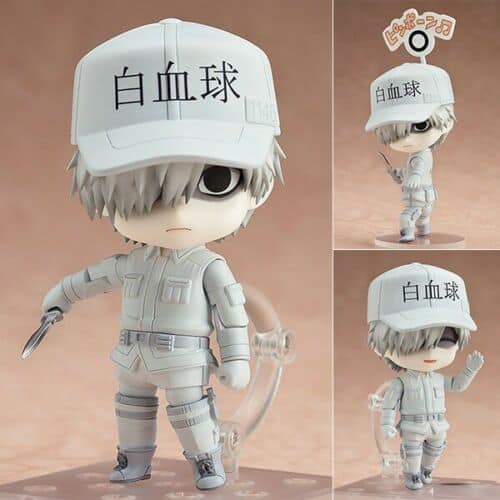 Check out some sweet figures!

Advertise with us
702
likes / shares
FacebookTwitter