Swords are awesome. Who among us didn’t grab a tube or a long stick and swung it around, striking cool poses. And that love of swords has been a staple of anime since its very beginning.

So I thought it would be fun to count down the strongest swords in anime, but these weapons go beyond the physical. These swords have the powers of time and space and the potential to destroy the world.

Starting off small we have Laevatein, which is half sword and half magical supercomputer. The weapon comes equipped with all these crazy forms from a basic single-edged sword to a bow that explosive mana. Speaking of which, it functions like a gun as you can insert cartridges to add exploding magical energy for that extra oomph.

I start to watch Mahou Shoujo Lyrical Nanoha for the 2nd time, I watched it way back to June 2015 and hearing the opening and ending theme song still good as I remember it pic.twitter.com/1a6zFwXgSl

Also, it can talk, but Laevatein only speaks German, so there’s a language barrier there. And if you consider the movie continuity, Laevatein can cut through mechs and fire supersonic arrows.

Going old school is Future Trunks’ Sword from Dragon Ball. When it first appears, the sword has a cool showing when it slices Mecha Frieza in half. It goes truly insane when it used during Dragon Ball Super to kill Fused Zamasu when he overpowers Goku and Vegeta.

Trunks basically killed a god of the universe with one strike. And if you want to go even further, Trunks’ sword gets infused with the power of light, darkness, gods, and time in Dragon Ball Heroes to defeat a more powerful god.

The strongest sword in Bleach belongs to the former captain commander of the Gotei 13, Captain Yamamoto, and his Zanpakuto: Ryujin Jakka. Or rather, his Bankai called Zanka no Tachi. Ichigo’s Zangetsu is also pretty powerful, but he only achieves those feats with some help and doesn’t endanger the world.

Zanka no Tachi, on the other hand, is hotter than the surface of the sun. It has the potential to totally annihilate the Soul Society by being on for too long. It has the power to resurrection all the people Yamamoto has killed and use them as his undead army.

Zanka no Tachi was on a whole other level and could only be stopped by another broken ability.

Admittedly, I’m technically cheating with this because it’s not so much a sword as it is a beam of energy. But it’s so cool and characters call it a “sword” that I’m adding to the list.

What’s so special about Kuwabara’s Dimension Sword is that can cut through anything from space, time, and other dimensions. 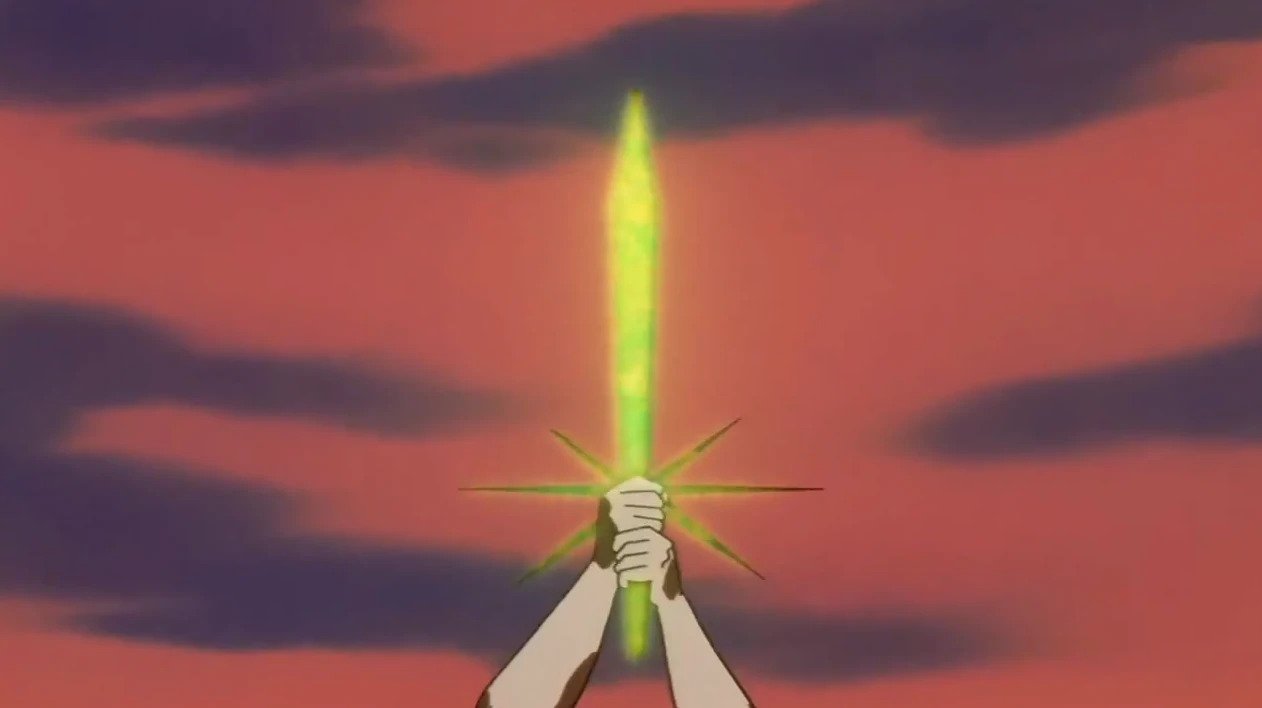 As a weapon that cuts through anything, it’s impossible to defend against. Even Zanka no Tachi can still be cut down, but you can’t do that with the Dimension Sword. The blade is even useful in creating portals for travel and has zero problems arising after.

The Sword of Rupture, Ea is by far the strongest sword in all of anime. And it’s weird too because Ea doesn’t look like a typical sword. It’s more like a wand since it spirals into a point and has a sharp tip. But the power in Ea is immense.

Holding within it the secrets of the universe, Ea created the world by cutting it from heaven itself. It’s the oldest weapon in the world with the ability to destroy the Earth, space, and time. When Gilgamesh swings the sword, everything is totally destroyed.

If you like swords, check out these replicas of Tengen Uzui’s katanas from Demon Slayer. I also recommend you check out the first teaser for the Black Summoner adaptation.