It’s almost Valentine’s Day, the holiday where weebs are forced to come to terms that our waifus and/or husbandos are not real and never will be.

But don’t fret. If you ever feel lonely, watch these anime to learn what being in love with your waifu/husbando is like. These are the Top 5 Romantic Anime to watch for weebs.

Kicking off the list is Nana, a series about two girls who are both named Nana, chasing their dreams in Tokyo. The girls don’t fall in love with each other (yet), but they do go through their own relationship problems.

The beauty and love in Nana come from the affection that the two girls have for one another. Plus, it’s a show that deals a lot with the problems of being in love and how your friends are always there for you. There are no rules that say that Valentine’s can only be celebrated by romantic couples, right?

Also known as My Love Story!!, Ore Monogatari!! is a show that tons of people will undoubtedly relate to. It’s about this huge, muscular high school student who doesn’t have a lot of luck with women. Instead, every woman he meets ends up falling in love with his best friend.

That is until he meets Rinko who is this beautiful, sweet girl. The appeal of the anime is just how damn cute everything is. The characters are so charming, their personalities so sincere even if the events aren’t,  and the comedy hilarious. It’s an all-around feel-good story where you root for the main guy.

Tatami Galaxy is a weird one. It’s a show that follows an unnamed college student, known as Watashi, at Kyoto University who goes through different universes to see how different his life would be if he made different choices. Throughout the series, the student becomes close to Akashi, an engineering student who shares a lot of tender moments with our protagonist. 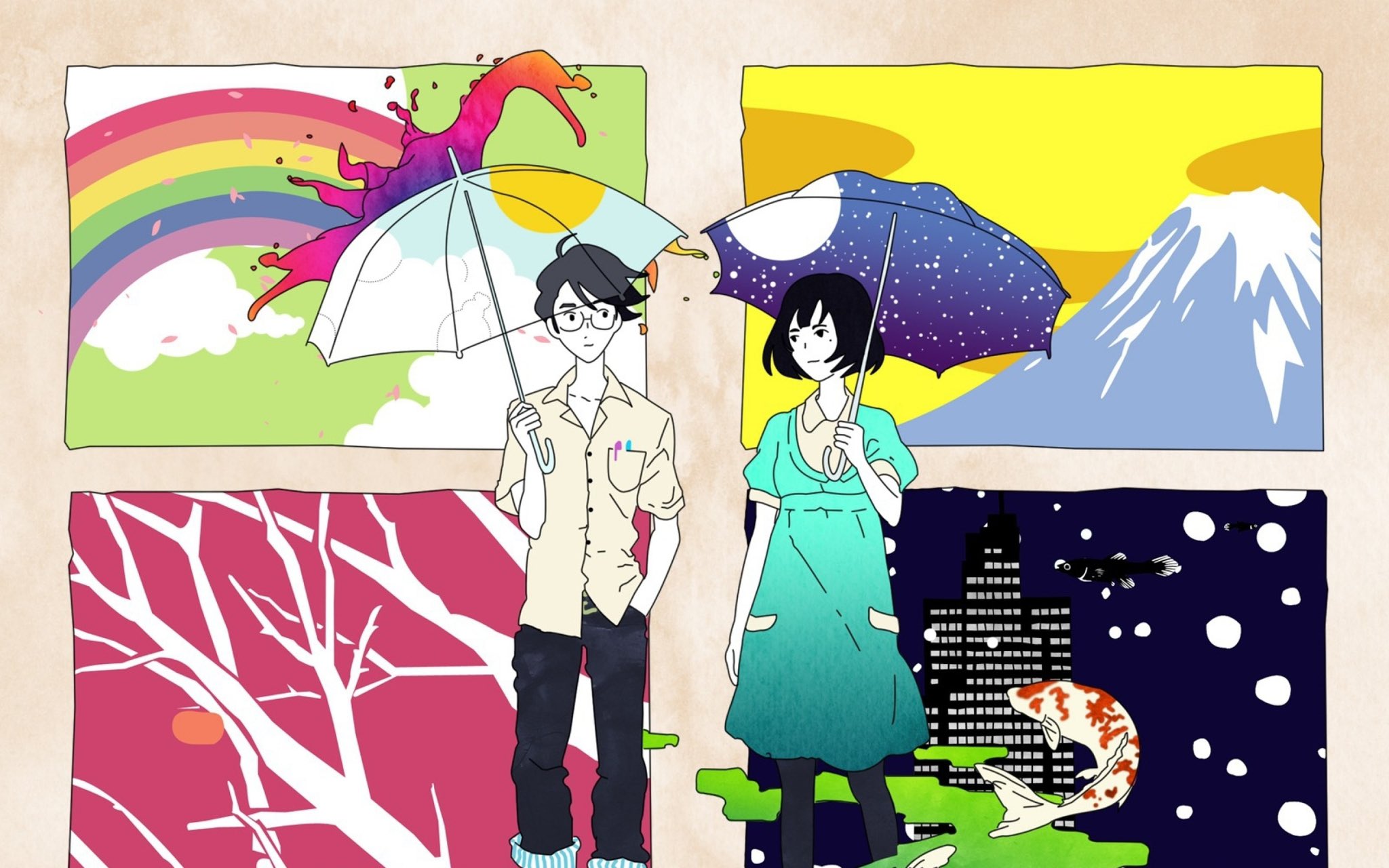 Even though Watashi goes through multiple timelines in his journey of self-discovery, it always ends with him going back to his true love Akashi. Tatami Galaxy also has my favorite opening of all time.

It’s hard to pin down what it is about Toradora that makes it so good because it’s a lot of different things going on at once. I mean, it’s not a wish-fulfillment show where you’re supposed to relate or over the top, but it does its job well.

The show is about breaking down the barriers we put up for society and showing our true selves to the ones we love. The main characters Ryuji and Taiga do not like each other, but little by little, they learn about the other person and fall in love.

Their romance feels natural, like how two people in real life fall in love.

Even though many of Jun Maeda's works have been considered disappointing by the community, his work on Clannad will forever endear him to me as an artist. No other work has accurately portrayed the emotional struggles I faced at the time while also inspiring me to overcome them. pic.twitter.com/sN56MeNT5p

It does such a good job at building up emotional tension and takes you through a roller coaster of sadness and happiness. I haven’t seen this show in a decade and yet I still how beautiful it is.

If you’re looking for some romantic anime to watch, you’re in luck for this year as there are two big ones coming. The first is Not Just a Cutie, which is about a girl who turns from cutesy to heartthrob sexy in the blink of an eye and the shenanigans that ensue. And the other is My Stepmom’s Daughter is My Ex, a comedy about two students who used to date now have to live with each other since their parents got married.