Anime has some of the most mind-bending sci-fi stories of all time. It can be a pretty tricky genre as writers and directors have to create worlds that are probably beyond their understanding and characters who are smarter than they are. But when successful, the shows blow you away and leave you stunned.

So here’s a list of five of the most mind-bending sci-fi anime.

Cowboy Bebop stars a group of bounty hunters who hop around the inner solar system catching bad guys and the show is mixed in with one-liners and the greatest anime soundtrack of all time.

But in between the goofy antics, we get to learn about the dark and mysterious past of the characters. We delve deep into philosophical ideas and the meaning of life. The main cast often asks themselves whether it is possible to find a purpose in life beyond simply surviving.

Where do you even begin with Neon Genesis Evangelion? It’s a series chock full of philosophical questions, moral dilemmas, mental illness, and more. To oversimplify, the show is about a small group of teenagers who have to pilot giant robots and defend the Earth from alien invaders.

In between the fights is a second story about troubled teenagers dealing with feelings of inadequacy and depression. It’s an anime that forces the audience to look into a mirror and ask themselves if they’re happy with where they are and questions mankind’s place in the world.

Vivy: Flourite Eye’s Song is the most recent entry on this list, having aired earlier this year during the Spring 2021 season. It quickly became a hit with a ton of people running to the internet to talk about the show’s themes. Vivy is about the first sentient android tasked to help stop the upcoming robot apocalypse, facing challenges and hardships along the way. 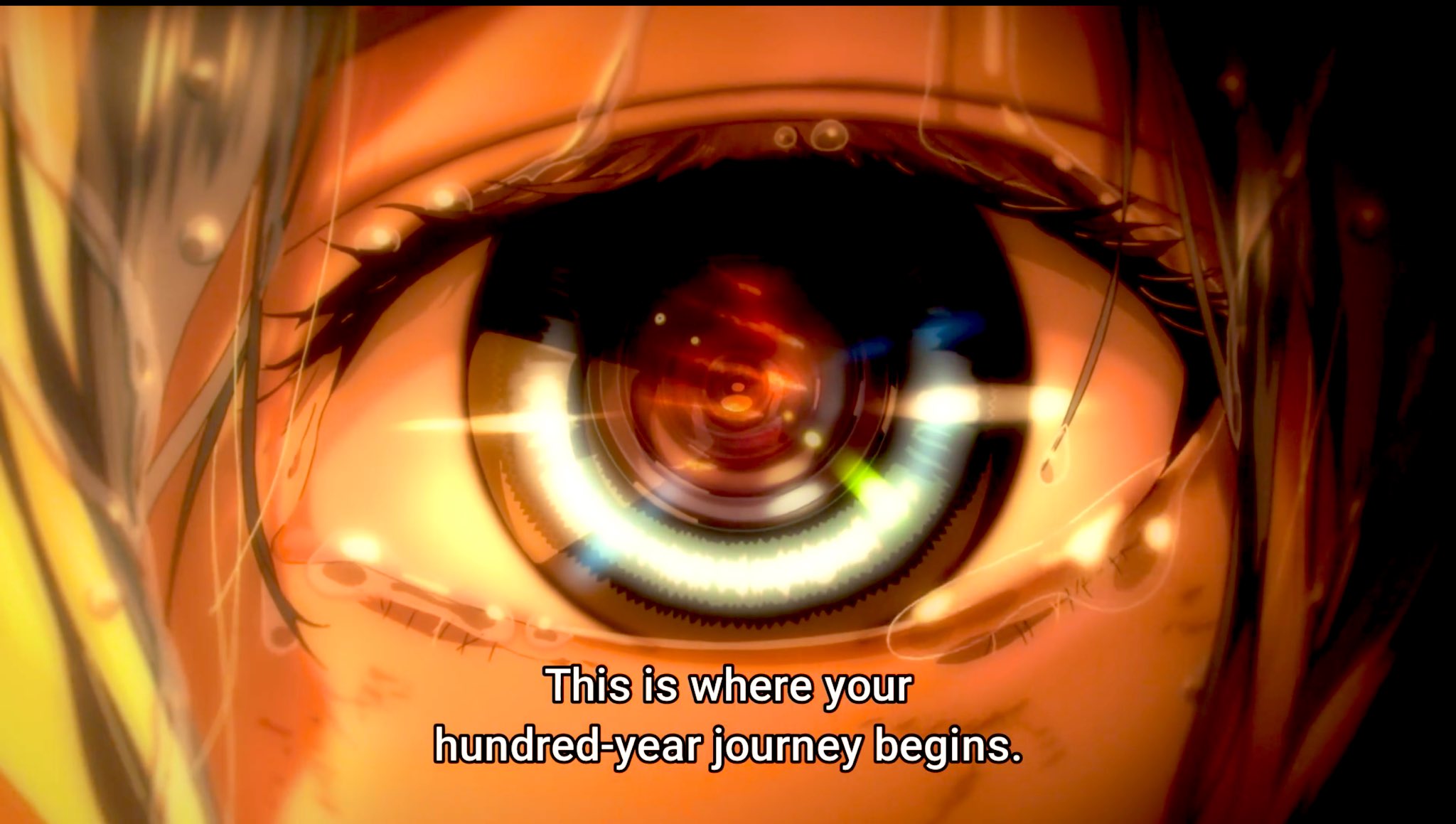 The majority of the episodes tackle concepts like robotic civil rights and the meaning of humanity. Vivy is a show that forces its viewers to confront their individual purpose in the world and what it means to sacrifice for the greater good.

Psycho Pass is set far into the future in an authoritarian dystopia where a vast computer network scans the mental state of every single person to determine how likely they are to commit a crime. Think of China’s social credit system idea, but way worse.

In its three seasons, the series explores futuristic problems like living in constant fear and the stress that comes with it. It also raises the question if it’s morally acceptable to target people who have a high chance of committing a crime when they haven’t done anything. Questions like these are the norm in Psycho Pass.

Serial Experiments Lain is the epitome of weird anime and sticks with you forever. It’s about a young girl named Lain who connects herself to The Wired, a virtual world made up of all the world’s networks, from telephone lines to the internet and beyond. She goes on a spiritual journey to find what it means to be conscious and what reality is.

It’s a really trippy series as the line between reality and virtual blurs in the anime. Lain gets lost in the process as she tries to connect the world around her, only to fall deeper into virtual reality.

It’s one of the best anime series I’ve ever seen, but not for those sensitive to existential dread. It’s a wild ride.

Which of these do you like best? Let us know.