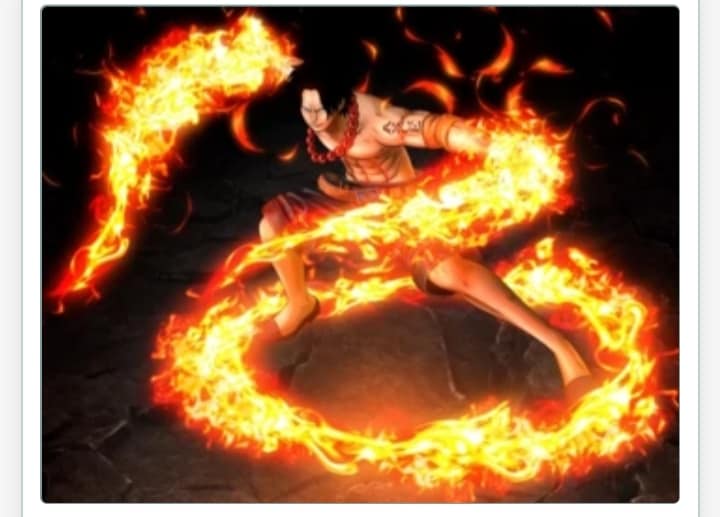 The destructive power of fire is unrivaled, a lot of Anime heroes and villains wield fire manipulating the flames to very high levels that leave viewers amazed.

Anime characters that use fire are in most cases are very powerful and cool.  They are notably dominant, out spoken, and brash with fiery personalities. This list will reveal the most amazing fire users and also tell us a little about them.

It will be quite difficult making a list from weakest to strongest due to the different growth phase these characters undergo, so here we go with our awesome top 5 fire users.

Captain Yamamoto is an old man with abs, he is the leader and founder of the Gotei 13 and is also the captain of the soul reapers of the soul society …. What a man!

Yamamoto Genryusai has the strongest fire type Zanpakuto known as Ryujin Jakka, even without his Zanpakuto he is still a master swordsman being able to take on multiple high opponents with just his bare hands.

Turning his Zanpakuto into a blade of ragging fire and engulfing his whole body in intense heat to enhance his attacks are just a few of his numerous abilities. This gramps isn’t one to mess with.

There is only one master of the unique flame alchemy and his name is Roy Mustang. Popularly known as the flame alchemist who wears special white colored combustion gloves.

Colonel Roy is creative with his power, from transmuting sparks with just a snap of his fingers to shooting large fire balls ….. Nothing is ever too hard or impossible for him.

His fire ball techniques is so accurate that he often enjoys showing off  by shooting flames without looking. Roy Mustang is deadly when he is serious as well, he actually destroyed two immortal homunculi by burning away their philosopher’s stone in the anime Full Metal Alchemist.

The legendary leader of the feared Uchiha clan and co-founder of Konohagakure, Madara Uchiha is a legendary fire user. Even among the highly gifted Uchiha bloodline, he is also known for his high chakra reserves.

Madara has great affinity for the fire style as well as a host of other techniques that make him almost invincible.

The legendary Uchiha can produce a gargantuan wall of flames that requires high rank water users to counter his attacks. His dragon fire technique of fire balls have overwhelming destructive capabilities, and his ash technique can burn opponents as well as obscure their vision.

Ace received his fire power from eating the devil fruit known as “flame-flame fruit” (Mera Mera no Mi). This gives him the body to turn his whole body into flames, allowing attacks to phase right through him.

His ability to turn his body into flames gave him the nickname Fire Fist Ace. Son of the late pirate King Gol D. Roger, he can propel massive fire attacks just by punching. Ace is knot only highly intelligent but he also possesses the physical strength powerful enough to destroy a ship.

Natsu is not just a fire user, he eats fire and gets stronger from the fire he eats! Natsu has the power of Fire Dragon Slayer magic, making his attacks on par with an actual dragon. Apart from breathing fire from his lungs, he can also release fire from different parts of his body.

Natsu’s fire is hot enough to melt metal. He unique fire techniques are called Dragon Gods Brilliant Flame and the Crimson Lotus : Exploding Flame Blade. Like all shonen protagonist, Natsu is strong willed and cares deeply about all his teammates and friends.

Did we miss any of your favorite fire users in Anime? Let us know down in the comment who you think should make the list as the best flame wielder!

Advertise with us
664
likes / shares
FacebookTwitter

Top 10 Most Epic Frenemy in Anime