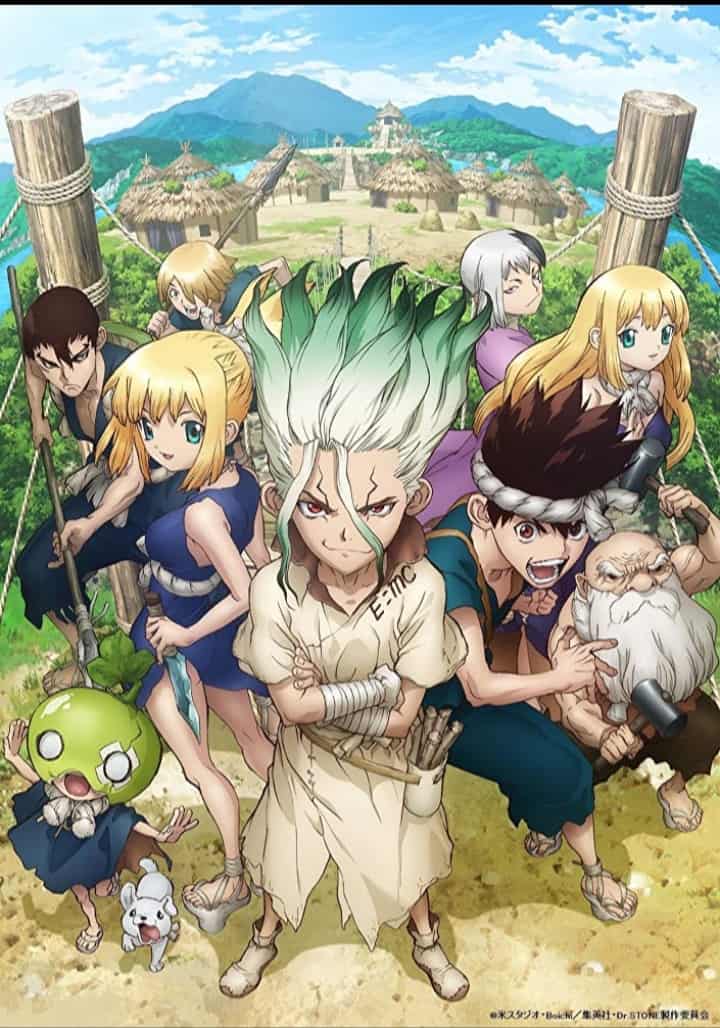 While we wait for season 2 of the highly regarded scientific anime Dr Stone, we can only reminisce about how good the first season was and the great invention of Senku.

Dr Stone is set in a post apocalyptic world, 3700 years after the gentrification of the human race. It is now left for the scientific genius, Senku Ishigami to revive the world and bring mankind back to it’s glorious civilisation.

Amidst the comedy and adventure in Dr Stone, we get to witness Senku invent a lot of amazing things.

In a new population with poor civilisation it is quite easy for people to fall sick. That is the case of the princess Ruri. It is discovered that Ruri has knowledge from before the petrification.

The ingredients he needed for the sulfa drugs were Chlorosulfuric acid, Ammonia, Aniline, Sodium Bicarbonate and Acetic Anhydride

With the discovery of Suika and Ginro being near sighted, it becomes important for Senku to create lenses to improve their sight and creativity.

In their upcoming battles to take over the village and war against Tsukasa, eye sight will be very vital as it could be the difference between a loss or a victory – life or death.

Senku employs the skills of Kaseki the craftsman to help blow the glasses to perfection. Further leaving them in awe of the beauty of science.

Senku’s popular quote about the kingdom of science entering the age of energy came after the invention of this important machinery.

Surprisingly this wasn’t totally a Senku invention, as it was a product of Chrome’s efforts.

With the production of cellphones stalling and the tiresome work the kingdom of science citizens had to perform, they needed an easier way to carry out operations

Chrome and Kaseki build a water wheel at the river side, this allows Senku produce the much needed energy that he and the villagers required.

In a world where all humans are petrified, Senku has to find a way to melt off the stones from the bodies of his specie. After deep analysis he believes that the nitric acid in bat guano played a part in his freedom from petrification.

Over a year of series of tests, Senku and Taiju finally produce a liquid that could cure petrification. It was made by combining the miracle liquid from the cave with alcohol distilled from wine.

With the kingdom of science needed more workers from the village, what better way to entice them than through food?

Senku spices food with a little bit of salt, bringing joy to the village as they are amazed by this new taste.

The genius goes a step further to make ramen and also build a ramen cart, this further endears him to a few of the villagers, serving as a source of nourishment to both the kingdom of science and the village.

Which invention do you think was the best from season 1 and what other inventions are you hyped to see from season 2? Do let us know.

Advertise with us
289
likes / shares
FacebookTwitter