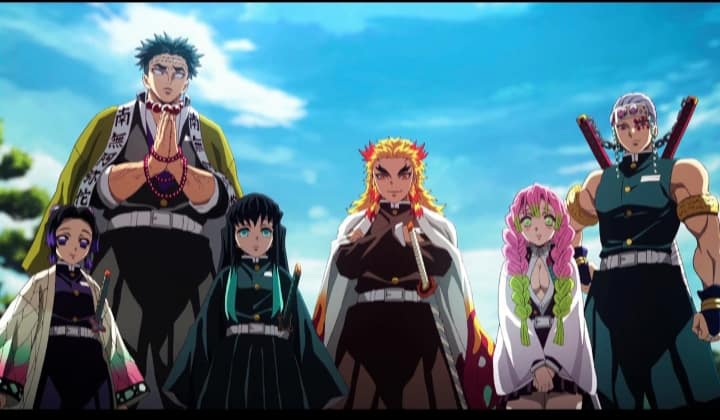 What to Expect from Animanga 2020

Over the years in the history of Anime, we have witnessed a lot of great clashes between characters of varying powers. At times we have been left thinking about what could have been if certain characters had been in a showdown.

Today we discuss the top 5 Anime fights that didn’t happen, in the hope that we don’t get starved of other subsequent battles.

A battle straight out from the Naruto series, it is quite easy to see how this didn’t occur as they both lived in different times.

However Anime fans would no doubt have been in for a treat, if the master of genjutsu, a genius of the uchiha had come up against Minato Namikaze, the 4th Hokage.

The clan killer mastered the sharingan at the age of 8 and got into the anbu at 11. In his arsenal he possessed the Amaterasu, Tsukuyomi and a sussano that could attack and defend with the Totsuka blade and Yata mirror.

The 4th Hokage popularly known as konoha’s yellow flash was well renowned for his speed. The creator of the Rasengan single handedly wiped out a thousand iwagakure ninjas in the third shinobi war.

Minato was a master of the flying thunder God technique, highly skilled in sealing jutsu and adept in barrier jutsu. He used a special type of kunai in battle.

Black clover fans will no doubt feel hard done, that they couldn’t see a proper battle between lumiere and his friend licht. Lumiere Silvamillion Clover was the first Wizard king while Licht is the leader of the elfs.

Lumiere famed for his light magic, attacks in a burst of light shaped as swords. He was shown to be fast enough to fly across the clover kingdom in short time. He possesses a four leaf grimoire and can sense mana from a mile away.

Licht is a master of sword magic and reinforcement magic, he has also been shown to perform forbidden magic. As the leader of the elfs, he has large amount of magic power, with a speed that rivals lumiere he is also a great swordsman.

Hunter x Hunter provides a great battle that didnt happen. Mereum popular known as the King of the chimera ants being in a death match against Gon, the boy with limitless potential and an extraordinary prowess in Nen would be something fans would pay top dollar for.

Mereum, born as the ultimate biological weapon has powers that exceeds even that of the royal guards. He can consume Nen users to increase his powers. His speed,reflexes, stamina and durability are unmatched.

God’s ability to focus intensely makes him unique from other hunters, he is a master Nen user. He has enhanced intellect, strenght and senses while also possessing quick healing abilities

2. The Hashiras vs the Upper moons

Nothing would have been better than a free for all fight between the two strongest groups in Demon Slayer, 2019 most popular anime.

The hashiras, being the pillar of the demon slayer Corp, consist of the strongest slayers. All members of the hashira possess demon slayer Mark’s that enhance fighting attributes as well as full focus breathing that provides power and stamina.

The upper moons are the higher echelon of the twelve demon moons who all serve directly under Muzan. They are so powerful that in a 100 years they haven’t lost any member.

A full showdown between the hashira and the upper moon would most likely end in the upper moon’s victory nevertheless it would have been a great fight.

Tomura Shigaraki became the leader of the league of villains after his master All for one was defeated. Tomura possesses great physical and analytical skills as well as his decay quirk that allows him to fight against so many pro heroes.

Chisaki Kai was the leader of the Shie hassakai group, as a yakuza who was very ruthless and his dismemberment quirk – overhaul made him feared through out Japan. His powers even garnered attention from the great All for one.

Advertise with us
897
likes / shares
FacebookTwitter