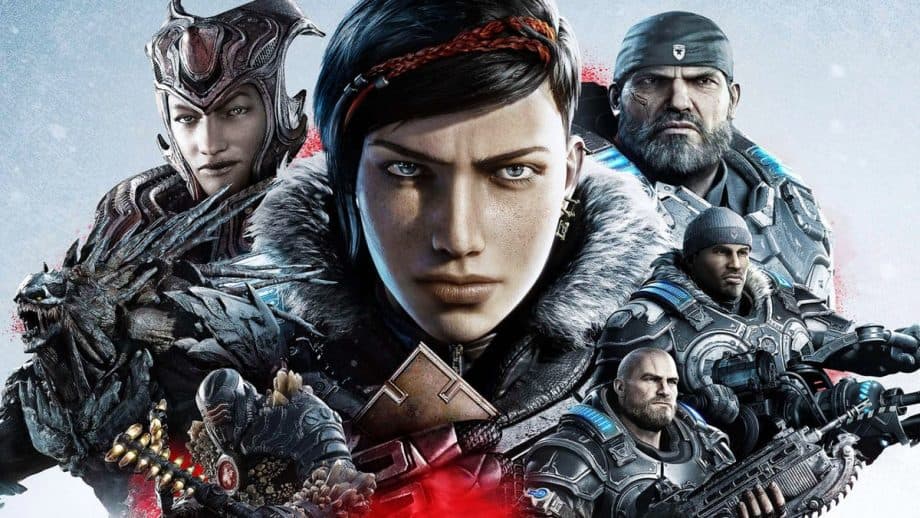 There is nothing more refreshing than seeing an old school game rendered and modernized to fit in the display that was unthinkable at that point in time. Although I never played the original, I’ve played classics such as Mighty Final Fight and TMNT. This reminds me so much of those games.

For strategy lovers. People who have got the chance to play it, they are indeed going to love this game.

Basically, the fun version of No Man Sky. I haven’t played the first one yet. But this clip did get me excited for the second one. It seemed like in the whole game you’ll get to explore space by just being in the ship.

This trailer had everything people love about the game. The blocks, the water, the clear sky, the reflection, the indoor lights, the soft shadows on the ground, or the wall or on another block. All of this adds many reasons to purchase an RTX graphic card.

Another game with the magenta all over it. It basically looks like a zombie game in a cyberpunk world.

It’s like Bloodborne meets Dark Souls multiplayer. The game looks fun and the enemies look intimidating. The amount of weapons they showed in the gameplay footage are insane. The character progression system reminded me of the one in Salt and Sanctuary.

The environment and the stages do carry this gloomy feeling around them. It was like getting lost in the world of Skyrim without any soundtrack playing in the background.

It’s made by the same people who made Lords Of Fallen, which was a decent game as long as someone doesn’t put it next the Dark Souls series. Lords Of Fallen was the first Souls-like game to enter the market. It was a good game even with its massive flaws.

The plot of the surge was really intriguing at the beginning. The game kicks off with showing your character on a wheelchair visiting a tech company, and he looks like the short kid from Full Metal Alchemist. And it goes Dark Souls from there.

The Surge 2 looks more or less the same with more rage quit, more uninstall moments, and more existential crisis thoughts when you die from a boss to a double-digit number.

Every gameplay video needs context to make the player know what is going on. This video does exactly the opposite of that. This looked like a mismatch of Titanfall, Overwatch, Destiny, and those awful transformers games.

The highlight of this game is that you can project holographic emojis to other characters.

Marketing for this game has been good, so far, while 30% of it focused on the technical aspect of the game. The FPS and hand-to-hand combat may look generic but the level of design and environment speak for itself. It is unique to the core, and the environment of this game reminded me of the Limbo world and Devil May Cry.

Although, the design stood out to me the most, but I can’t say the same to the combat of this game. It doesn’t look that impressive. Let’s hope there is a good amount of weapon variation and different usage of her powerful abilities. So far, from what I have seen, she is acting as a Jedi under a leather jacket.

One of the anticipated games from everyone who played the original. The graphics and world design look impressive, and it is following the new age trend where the color cyan and pink take the bulk of the world’s lighting. That is something you expect in Watch Dogs, not in Vampire the Masquerade.

The door animation sucked vampire balls. The developer should play some Resident Evil 4 to catch up to what’s already been done well a decade ago.

NPC in this world don’t utter anything when they see your character around them, so this makes them look lifeless which overall hurts the genuineness of the world.

Missing soundtracks. Putting more weights on to the authenticity of the world is a good choice but the game becomes boring after 30 minutes of a playthrough, where the only sound you hear is the sound of crickets when you walk over the grass field.

I can’t be only one who was thinking this was Superhot 2. I’m gonna lay everything about this game in a wine testing professional manner. When I took a sip of this game, I got a little bit of Dishonored and there was a strong smell of Mirror’s Edge. But right in the middle, I savored the sweet taste of Superhot.

If you are familiar with the trial and error games such as Hotline Miami, Katana Zero, and Superhot, you are gonna love it. With that comes a warning of Violence. That’s because you die in these game due to 7 pixels on your right of a blind spot since you thought it was part of the environment.

There is a chance you will scream out of your lung.

This is something people should be excited about. The first one had a good story-line, memorable characters, dark environment designs, solid A+ soundtrack (especially right around the end when SIX embraces her power). Everything about this told a tale.

Some of the levels in the first game portrayed sin Gluttony to a well-done point. The amount of disgust you’ll feel is tantamount when you dodge a fat guy’s hand as his other hand will be busy carrying a portion of food from the table to his mouth. Defeating the main boss was satisfying because she was one of the people who couldn’t take no for answer.

They even followed the main storyline by dropping a good 4 hour DLC content. That added so much to the lore of this game, and you’ll get to explore the same place but from another side and a different perspective.

This game is gonna be a console seller if it’s done right. Microsoft is riding so much on this and Halo. It scares me that they have nothing else to sell to the consumer on why getting an Xbox is a better choice than a PlayStation.

This year at Gamescom, we got to see a story trailer for Gears 5. While everything looks great, let’s hope they add something different to stand out from the previous entries. Gears of War broke into the game industry by introducing a chainsaw underneath a gun.

Let’s hope in Gears 5, they add a bolt cutter or something to make it different.

London has become a surveillance authoritarian place, so who better to take control of it than the people who hack those surveillance cameras and write Twat government on the wall next to the camera.

You can be anybody in this game and they have their own unique story. What they showed on the trailer is:

Based on the Ubisoft games I’ve played in the past, this mission is gonna go like:

All the possibilities that could’ve happened, lost to the ether. She could’ve been faking because she knows that you work for the resistance. The reason why she lied to you was because the government has something special that belongs to her. While recovering the special object she leads you to the enemy’s territory because they rather focus on the alive part of the assassin contract than dead.

After they kill you, it’s up to you to take the revenge on her and her gang by being another member of the resistance. As she approaches you again on the street saying the same old line but this time you are prepared for it.

If you are old enough to remember a game called The Most Wanted, that’s where the true fun lied in beating the crap out of K9s and then hiding in the stadium to strike cooldown after a billion bounty on your head. That was tasty.

The reboot of Modern Warfare was indeed a great idea. The infinite warfare was going nowhere, and World War II felt as if it was made to compete with Battlefield 1. The only choice they had was to make a sequel to Ghost. But not even Activision is evil enough to bring the dog back from the dead.

The reboot looks good as seeing Captain Price’s mustache is the only thing I remember from playing the MW series. Every Modern Warfare game was unique and the introduction to the solo play (SURVIVAL, MISSIONS, RAMPAGE) made those game surpass whatever other FPS games had to offer at the time.

Hope this game will bring back the trolls from the old MW’s multiplayer to the stage again.

Great move from Nintendo. Capitalizing where the track still looks fresh left by the movie that came out this year. Like bringing a surfboard to the ocean to ride the wave, after watching the gameplay I can clearly say they managed to ride the wave for a long time without falling.

I thought it was gonna be one of those Fantastic 4 sorts of game, where every other character has a circle underneath them to let the player know about their character’s position. But this turned out to be decent with great visuals and has all the characters people love in the movie and doing the things you think they do after the credits rollover.

This game sure is hell-bent on making you feel like a delivery man in a Mediterranean land. All the other clips before this showed Norman Reedus playing Norman Reedus carrying stuff on his back. But in this trailer, you’ll get to see him reaching the end of the delivery road by using his personal ladder and getting paid for it.

I’m pretty sure there is gonna be a challenge in this game to deliver the products in 10 minutes to get a baby with golden tongue so it doesn’t start screaming every time you take fall damage.