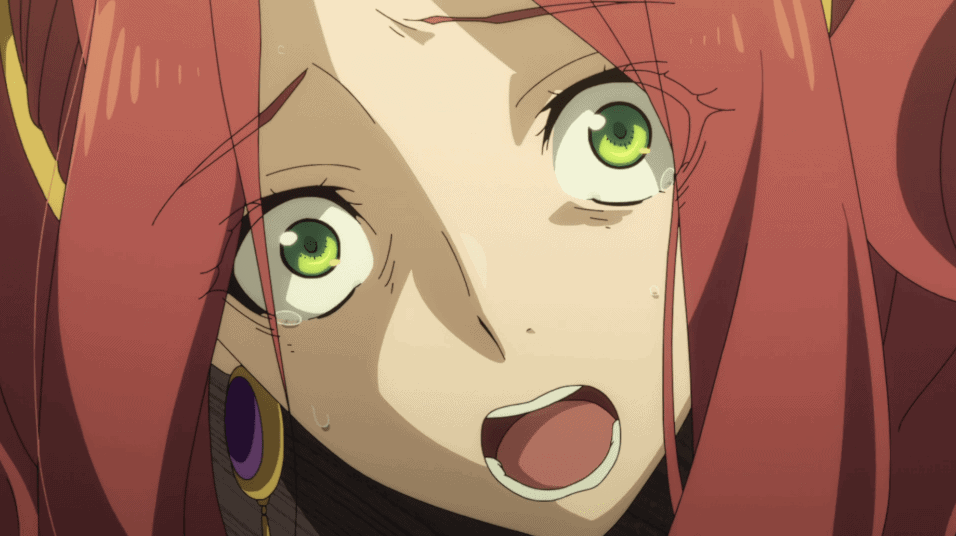 What one scene can you leave on replay and never get tired of rewatching? Something that will always give you chills regardless of knowing what will happen next? Whether it’s a whole episode or a short scene, the satisfaction it provides you is endless.

Can you really pass up the opportunity to ever watch either Mugen or Jin in combat? The two are foils of each other in personality and fighting style, and neither seem to be superior over the other. In the end, it really just boils down to personal preference – the typical cookie cutter samurai Jin or the unorthodox style that Mugen brings to the table?

The journey that Fuu brings these two along to find the “samurai who smells of sunflowers” showcases multiple trials and situations the trio face. But nothing beats the first encounter between these three, and most specifically Jin and Mugen’s fight.

Let the tears roll and your heart ache once again. Kaori Miyazono never fails to tug at that lurking depression in the back of your mind. Not only are the scenes of this anime beautiful and accurately rendered, but they bring some sort of appreciation for human life and classical music.

Even if you’re not a fan of classical music, you can’t help but become just as entranced as the crowd with each and every performance in the series. Most especially the first one you witness where Kaori takes it up as a challenge against a few dumbfounded judges to recreate a significant piece of art into her own.

You never expect a magical girl show to be this dark. Never expect one of the cutest beings to be the most vile creature to ever live on Earth. No words can express the amount of hatred you accumulate, for what Homura Akemi had to commit onto Madoka Kaname because of Kyubey.

All you want to do is collect all the duplicate Kyubey’s, and set a daily routine to personally torture and kill this thing. Gather a group who feels the same way and call it a religion.

What’s more depressing than realizing that the one thing you loved doing was the one thing that defined you as a person? And in turn you lose the ability for that passion due to an accident? Onna, or Chiyuki when you find out later, is revealed to be a professional figure skater at a young age.

She commits suicide after an accident that discontinued her passion, and eventually her life. This was more of a bittersweet type of relief to watch her skate once more after the shroud of mystery behind her past has been revealed. And to see some kind of reaction from Decim, however small, was truly a moment to take in.

11. Reverse Cliché for the Reverse Harem

Who doesn’t love a wholesome ending where the two main protagonists of a slice of life-rom-com get together in the end? Everything falls out of place when Haruhi Fujioka nearly loses Tamaki Suoh to some wench we know nothing about. She falls out the carriage she uses to chase Tamaki, and the moment when he decides to choose Haruhi is gameover.

A good wholesome happy ending is a satisfying happy ending. Especially when it comes to choosing the one you truly love over someone who just seems to be better for your future based on status and money. Say no to the latter everyone, say no… Walk away. BE HAPPY!

You thought Food Wars was here for the epic shokugeki’s? Well you thought wrong. The intensity of the matches between chefs are notably entertaining before, during, and after. But what trumps all of these in one go? What could possibly be better than the eye-appealing, mouth-watering, food-making scenes?

Foodgasms. The momentary bliss that sends every character’s body into nirvana after one bite of whoever’s (typically Soma’s) food. And let’s not forget the clothes ripping off just prior to these scenes. Witness and experience the best foodgasms they experience! It is advised to turn the volume all the way up.

Karasuno High has had its up and downs, and plenty of trials and errors. All of them have their own quirks, and each game has you biting your nails till there’s nothing left to chew on. The final match between Karasuno High and Shiratorizawa Academy was the most nerve-wracking match, no doubt.

However, the match between Karasuno High and Aobajohsai High (personally) was the match we were all waiting for. The players had history together, and the intensity is almost palpable with every spike, block, and close calls. And nothing can be more gratifying than watching a close rematch, and the sweet victory against a personal rival after the first season.

The Flame Alchemist, Roy Mustang, deserves more than a mere mention. And another name that’ll make you shed a tear? The man who wholeheartedly dotes on his wife until his daughter is born. You can’t ever forget him – Maes Hughes. Now for a name, a sin, that’ll make your blood boil – Lust.

The moment you utter Lust’s name, I hope all you can imagine is having the most outstanding barbeque. Gone wrong. Very very very wrong, but in a right way. Because Mustang serves up the best and most satisfying overcooked meal you can ever imagine.

Speaking of sins, here’s one you’re bound to actually like! Everyone has a favorite amongst the Seven Deadly Sins. But how can you not like the Pride of them all, Escanor, even just slightly? This skinny and seemingly weak bartender will cause more trouble during the day than at night.

Escanor doesn’t have a temper but, as his designated title suggests, he is simply full of himself. And the best part? He delivers. No bluffs. No joke. This man, when the sun is up, will slaughter you with a literal flaming sun or with his axe just as large as him. If you ever think no one can beat him… “Who decided that?”

6. The Drill That Creates the Heavens

C’mon, you know you want to chant it. One more time. For Kamina’s sake. Kitan’s sake. Nia Teppelin’s sake. She’s only for fan-service. Getting back on track, this series can’t go unnoticed. There are multiple scenes that can satisfy your needs, and for a mecha anime at that.

From alluring and colorful scenes, to epic mechas, all in outer space. The final battle between the entire team against the anti-spiral is so intense, this poor man’s PC started to drop frames mid-battle. When you fight for humanity, for struggle, for life, you have to end it in a big bang. Now say it with me. GIGA. DRILL. BREAK!!!

Nothing is more satisfying than watching a cringey antagonist get pummeled and lose their wits. Ryuko Matoi and Nui Harime’s first encounter with each other is unmistakably unforgettable and hilarious. You can’t help but want Nui to die in the end for all the trouble she’s caused everyone especially Ryuko for killing her father.

Although she doesn’t die immediately, the humiliation of having her arms sliced off is both hysterical and gratifying. And even more so when each mutilated arm have been intentionally stepped on by Ryuko. I mean, why not make it funny while at it? “Because Trigger.”

When will you watch another anime with decently choreographed fight scenes that aren’t just single shot cutscenes? A man who, in exchange for his hair, can knock you out in just one punch? You’d be wanting to do 100 push-ups, 100 sit-ups, 100 squats, and 10 kilometer running every single day!

In all seriousness, Boros was probably one of the more respectable opponents that Saitama faces. Never underestimated or overestimated, but was never a match to begin with in the first place. All it takes is One Serious Punch.

Remember a time when Subbed, Dubbed, and Manga people co-existed? Yeah, me neither. Until you witness the ultimate move that everyone’s been waiting for to be unleashed by one of the most iconic heroes of all time, All Might. It was a wonder if we’d go down all fifty states before reaching this one.

But facing One for All when All Might’s on the last bit of his strength? Even if you aren’t American, you’re filled with some sort of patriotic pride when All Might prepares for the punch we’ve all been wanting to see. You can’t help but want to chant along: “UNITED. STATES. OF. SMAAAASH!”

B*tch, please. May your adventures from now on be as delightful as your adventurer name, Slut. I’m sorry, excuse me, B*tch is one pathological liar who wishes to only gain for her selfish wants and needs. And none of them are even comprehensible or justified! But we all witness what we truly wanted in the end.

The secret is that justice to a lot of us means torture for the wicked ones. Some even death. But we’re also a twisted generation who seeks dark humor where utter humiliation is sometimes the number one source of satisfaction guaranteed. A sort of payback for the troubles, lies, and cringe that B*tch obviously puts Naofumi and company through.

1. The One Piece You Needed To See

It is difficult to hate any one character in One Piece as most of them in turn become a good guy in another arc. But even the bad guys can be likeable to an extent. Most Celestial Dragons however are down right despicable. When one of them, an irritating spoiled brat with no regards to any kind of humanity, decides to nearly kill Hatchan, you lose it.

And so does Luffy. The build up of hate for this Celestial Dragon was so short, but with his punchable face it was more than enough. The reaction you witness when Luffy slowly walks over to the Celestial Dragon, pulls back, and straight up fists the man in the face was so satisfying to watch that it most likely took all your hatred with it. Nothing is more fulfilling than finally having it the way you wanted it to be.

Seryu Ubiquitous’s death is more a moment of justice, but satisfying nonetheless after whom she’s killed in the series.

When Kaneki was being tortured and finally had had enough when he grew his white hair, you knew sh*t was about to go down.

Spandam being mercilessly humiliated after all that he puts Robin through was just as satisfying as our #1 on the list.

Advertise with us
2879
likes / shares
FacebookTwitter