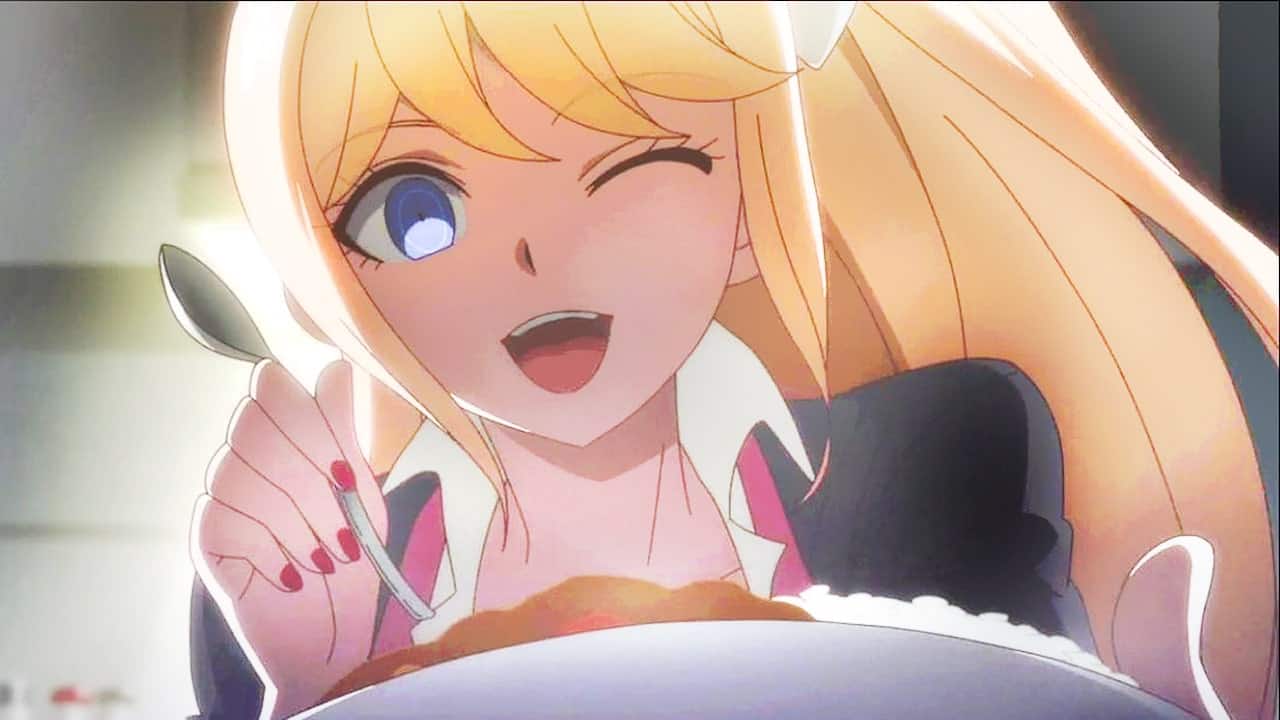 You just want someone you can trust and love knowing that they, rest assuredly, will never fail you? Even the stupid, useless, goddess Aqua can be that someone.

Now mind you, the following women are all wonderful candidates as potential waifus fit just for you! Just remember not everyone is perfect. Now go ahead and select… Your poison.

15. You Had Me At Tentacles

Kaede Kayano is kind-hearted, witty, and a top-notch actress! This grass-head lady friend can have you sold in a blink of an eye. She absolutely loves pudding and making it, so share her yours and you’re likely to put a bright smile on that pretty face of hers.

Unless… She has some sort of hidden agenda devised all along to assassinate you in revenge for her sister’s life. Kaede implanted tentacles into her own neck and endured the pain for years. Isn’t she just a determined little waifu?

14. She’s Not Myne Anymore, But She Can Be Yours

What a lovely spectacle. A true divine beauty she is, and a decent mage at that. Who doesn’t love a spunky redhead? She can be yours at a cost for absolutely nothing! A free waifu, you ask? Sure! Take this Slut on adventures. Feed the B*tch whatever you want.

Just make sure to keep an eye out for her. She does tend to lie here and there. And over exaggerate the situation. Can be manipulating sometimes…? Wait! No! Where are you going?!

Nina Einstein. Obsessed Princess Euphemia. But with enough love, she can truly turn a new leaf! Just not with tables, please. She’s quiet, kind, and very intellectual. I mean, she invented the FLEIJA, which totally isn’t capable of mass genocide. Not at all.

Okay, okay. Nina only loses her mind when she loses someone she really cares about. That’s not such a bad thing, right? C’mon, she’d totally kill for you!

Tomoko Kuroki is more experienced that you can imagine. 50 years of dating. 100 boys within that time. She sure has the upper hand and you may seem like she’s out of your league. Virtual guys count, right? The girl’s sexually curious and I’m sure you’d totally be down for that.

If you can only handle her fantasies and tolerate her overreaction as a result of her over imaginative fantasies, then you’ve earned yourself quite an eccentric, mentally stable waifu!

Kaede is not one, not two, but THREE in one package! You guessed it! She has two other identities named Lucy and Nyu. Both quite opposites where the former hates humans and the latter more sexually, but innocently, curious. Kaede overall is timid and keeps to herself unless comfortable around friends.

And no, do not mistake her horns for cat ears. Probably best not to get on her bad side. She did lose her dog to some scum. Just imagine you’re dating John Wick!

Shiro is undeniably a bundle of joy! And chaos, if you’re dealing with the Wretched Egg. Shiro was experimented on for enhancing or perfecting the immune system, especially useful since she’s also albino. But one thing’s for sure, you can feed her as many sweets as she pleases and she will love you forever.

But don’t worry about the Wretched Egg that shows up once in awhile. They’re actually quite reliable and can fend off folks who you get off on the wrong foot with you. Or her. Charming, isn’t she?

Seryu Ubiquitous is committed, loyal, and very independent. You can rely on her to do what you need and want her to do. She has a very strong sense of justice and will do anything to seek it and deem it fit onto others as a consequence. I mean, who likes bad guys anyways, right?

Did I mention she also has a puppy? It’s name is Koro. He’s a sweet little guy, but does have sharp pointy teeth so just be careful it doesn’t nip you. Or an arm… or two.

Pudding can cook, bake, and act! She most definitely can fend for herself, and she’s both cute and sexy. She’s your cookie cutter tsundere, and will absolutely dote on you despite hating you for liking her back. Pudding’s quite capable of herself, but maybe not so much her emotions.

If you don’t mind the beautiful third eye that can look deep into you memories, which also allows her to edit said memories… Soooo you’re good, right?

Himiko Toga is the waifu you want! Need! MUST HAVE! Toga will love you the instant she meets you. Almost to the point of wanting to know so much more about you. And maybe becoming you… Only for a little while! And it just takes a little bit of your blood. Nothing too serious. Not like you need it.

The girl’s always smiling, most likely because she’s happy to see you. In pain? No no no, she’s not that sadistic. Just a little bit. Nothing that you can’t handle.

Rize Kamishiro is never one to disappoint. She’s a total bookworm, and loves to have dates in quiet and cozy places such as Anteiku. They serve up the best kind of coffee even you’d be begging for more. Careful though, Rize is a bit of a maneater.

And when I say a maneater, I literally mean that she will devour you alive. Because dead meat is essentially rotten meat to her kind, ghouls. I-ta-da-ki-maaaa-su~

Ahh, the infamous Yuno Gasai. The face you see in the definition of yandere. In her defense, the girl has gone through some trauma in her childhood being caged like an animal and whatnot. Mental check? She’s not that crazy. Just highly obsessed over a boy who clearly doesn’t deserve he true love.

However affectionate Yuno may be, beware that she’s willing and able to kill for you. Quite literally and immediately, too. All she wants is love, so text her about everything everyday, okay?

Roberta isn’t your typical house-maid. Although she’s probably more than capable of maintaining a household and serving up… a ton of bullets. To your face. At least she’s fully trained in combat and never hesitant to take on anyone who messes with you or her. That’s a plus to be a former assassin, right?

Just don’t make her lose her temper. That just goes for most women. So some helpful advice?  A happy waifu is a happy laifu. Adhere to that.

Midari Ikishima isn’t as pathetic as she looks on her initial profile picture. She’s actually quite an adrenaline rush to be with, especially if you’re up for a game of russian roulette. Or really any game where part of you is truly up for stake. Are you willing to bet on your life?

Of course! Ikishima is totally worth it. You go big or go home with her. Just uhh… Don’t mind the gun she carries around. She gets off of that.

2. Higurashi Ain’t The Only One Crying

Sonozaki Shion, another beautiful grass-head. And she has a twin, Mion! So if you have someone who’s just as interested set up a double date! They’re quite the opposite in personality, however. Shion definitely needs someone new in order to rid of her long lost love, Hojo Satoshi. Totally not obsessed. Or crazy.

Well, Satoshi’s sister Satoko is still alive. But Shion can’t seem to stand the girl, much less forgive her for being “cursed.” Maybe you can convince her not to kill Satoko? Maybe?

Junko Enoshima, the Queen of Despair if you’d like to call her that. Whether if it’s someone who’s suffering or if she’s the one causing it, Junko seems to only care for the intense joy that it provides her. And for what? No justified reason whatsoever. So why choose her to be your waifu?

…You know what, it’s probably best you steer clear of this one…

Advertise with us
3396
likes / shares
FacebookTwitter

Higurashi: When They Cry Gets New Manga