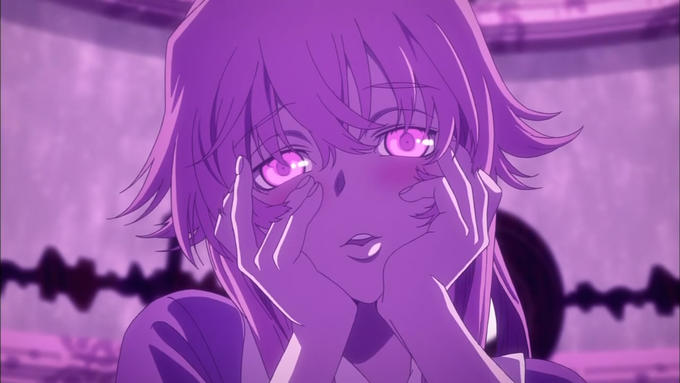 Is anime just meant for kids?

The argument stands strong like the quarrel between anime versus manga, subs versus dubs, etc. “Anime is for kids” is a statement that triggers many weebs and otakus alike. Although, many have established valid and justified points for that side. View some of the most reasonable points as to why anime is for kids by John C here.

But what occurs when faced with reasonable points? How does the other side of the argument counter? By listing the darkest animes NOT meant for kids. It proves nothing other than providing the opposing side with examples of anime that are simply Rated R – too gruesome, dark, sexualized, hyper violent, etc.

The verdict? It merely depends on the targeted audience. The appeal of an anime may be viewed by anyone, and there are simply no restrictions as to whether one specific anime is meants for kids or not. What you deem appropriate for your age or the age of a child as an adult varies from person to person.

Without further ado, here is a list of the top animes that start off seemingly normal but eventually turn into a dark, twisted series.

**WARNING: THE FOLLOWING IMAGES MAY BE EXTREMELY VIOLENT**

Devilman Crybaby reminded me of a darker and more adulterated version of The Devil Is a Part-Timer! It’s more violent and crude in many ways that no child should be watching at a young age despite the lighthearted name for the series. The story follows a crybaby himself, Akira Fudo, who brandishes the Devilman name after a failure of demon possession by Amon.

Kill la Kill is an over-the-top masterpiece made by Trigger, an in-your-face series that is non-stop action packed. It comes off playful with the ridiculousness of the skimpiest outfits to the downright nude scenes. I mean, who doesn’t love a little if not a lot of fan-service?

Yet, you wouldn’t want an 8-year-old watching barely covered up boobs or nonchalant aggressive scenes depicting near murderous tendencies, right? Not like I watched Saw or Final Destination at age 10 -cough–

Meet Decim and Chiyuki in Death Parade, the judges of souls brought to the afterlife with the potential of making it back as a reincarnated life or lost into a void of nothingness. With each passing soul comes a background story while the arbiters pose a challenge in the form of a game to these souls.

There is no good or bad. There is no winner or loser. Both souls can reincarnate or be sent away. Some of what you may believe to have been a pure and innocent soul may even be sent to the void. It’s simply based on judgement and personal values rather than any kind of religious act or good deed. But to a kid? It may just seem like fun and games.

Yes, it’s pretty cool to watch a kid be an assassin and to seem so mature and intelligent at a young age. It’s like the Fornite dream come true. But Gunslinger Girl Henrietta and company aren’t normal. They’re trained killers for a secret organization.

I mean, what better way to kill unsuspecting targets than with elementary school girls more than capable of risking their lives to carry out a mission? But hey, anime is for kids. Right?

Everyone in Akame ga Kill! dies. Except Akame herself. I don’t want to talk about this show anymore…

What’s that about not trusting a pink-haired sociopath and psychopath? Oh, you thought I was going to mention our beloved yandere Yuno Gasai? Meet Lucy and Nyu (aka Kaede). Not necessarily human, but a diclonius species rather.

Similar to Yuno, this one being literally kills with her mind and invisible hands. And when I mean kill, I mean mutilate. She’s not crazy. She kills mainly for herself rather than for someone she’s irrationally obsessed with.

As a prequel to Gai-Rei (the manga), Gai-Rei: Zero delves into the backstory of Kagura Tsuchimiya and Yomi Isayama. Although not overly violent, it’s still painfully true to emotion and disturbing to see supernatural spirits naked to the human eye of normal humans.

What’s more terrifying than being killed by an invisible entity out of nowhere? But that gruesome part is covered by the awesomeness of having a third eye, yeah? No.

8. Zombieland Saga Without The Idols

Twist and turns. Unexpected outcomes and a delusion meant to break the minds of an audience who thought this was just another slice-of-life anime. School-Live! starts off normal with a fun School Living Club and its perky members. But what happens when the city becomes infected and outrun with zombies during a school day?

You obviously fight for survival. Until you learn that the crazies are inside the building with you as well, but for justified reasons due to trauma. You’re fine though if the school was meant to be an actual safehouse from an imminent (and intentional) release of a biological weapon. Right? Right?!

That wasn’t supposed to be a racial slur, just a pun on American Psycho. Because that’s exactly who Ray (Rachel Gardner) and Zack (Isaac Foster) are in Angels of Death. Nothing innocent about these two except for their past selves and their traumas that lead up to their first murders.

It’s quite a psychological series. Your choices may or may not coincide with theirs. And you start to question your own morals a bit or maybe your sanity.

Take a simple kid’s game and turn it into a life and death situation. King’s Game takes Simon Says to a whole new level, in which you die instantly or in a torturous manner if orders weren’t followed. So you ask, the orders aren’t that bad, right? Hahaha. They seem innocent and fun at first, but the stakes are raised and the tasks become challenging.

So what happens to the winner? Like I said, life or death. You continue the game with another group (like spreading a virus) until you reach another victor (which could be you again). You’re stuck in a never ending loop unless someone wants to die a hero and end the game along with their life.

Shadow Star, also known as Narutaru, begins like any Pokémon or Digimon show. An adventure with starfish-shaped dragons similar to your lovable pocket and digital monsters. It starts with Shiina Tamai and her dragon, Hoshimaru. They develop a close relationship and find others who have their own dragons. What could possibly go wrong? Everything apparently.

A normal high school life. A quiet family at a shrine. And a routine stop at your favorite coffee shop every morning. But by night? Killing Elder Bairns. Other than the last point, Blood-C comes off as a regular slice-of-life anime with a small twist. Until you reach the end and find out every “friend” you know are just paid actors.

They’re merely there for the money, and are utterly disgusted by you and the fact you’re a monster who requires blood hidden in your coffee and marshmallows daily. And you don’t even know it! Until all hell breaks loose one day, and these monsters come out to play – to rip and devour the limbs and guts of your “friends.”

If you’ve not seen this short series, give it a go. Corpse Party is rather gorey and more depressing than it is scary. Despite it sounding like a fun Halloween event, Corpse Party is not what it sounds like. But more what you’d visualize. It is exactly what the name intends.

You will see ghosts. Mutilated corpses of those who died. And you are tortured in the same manner until you figure out the order of events. But you’re not guaranteed to live even after learning what happens. What makes this an anime for kids?

Too soon? Bad joke? Well, it’s not too far off from what you do to farm cows for their high grade meat in Japan. Just take it to the next level and take the highest IQ of children as the best grade and finest dish for monsters. While you toss out the lowest.

All this while you’re raised and brought up to think that you were an orphan, and adopted when someone was finally sent away. The Promised Neverland quickly turns south the moment you discover the fate of those who leave the farm.

It’s fair to say that the more recent seemingly innocent genres that include Magical Girls are not so innocent anymore. Every contract formed with that deceivingly cute mascot for magical girl powers holds consequences and higher stakes now. It takes a toll on your life if not requiring others and their life. And it seems it’s always divide by territory or district in Japan.

Magical Girl Raising Project initially poses as a fun online game until it becomes both a competition and a survival of the fittest to become a god or game master for the next round. People are chosen at random from varying ages and even genders. Their real selves are masked by their personas of their own choosing.

Magical Girl Site doesn’t hold back the trigger. It starts off with torment, bullying, rape and molestation. All potential victims (females only) are chosen to become a magical girl. They each are given a mysterious “weapon” (also cute) that hold varying abilities.

The consequence? Your life span decreases after each use of your weapon and even more so using multiple weapons at once. But what’s the point when the Magical Girl Site states the world has a time limit and only one of the magical girls can survive? What’s the point when the owners of the site start assassinating the girls one by one?

And a major shout out to Puella Magi Madoka Magica for (re)instigating that old genre while putting a twist to their own crooked and warped reality for these adorable magical girls. What better way than to trick the audience with an innocently childish opening and then kicking it up a notch that these girls are still mortal? Killable?

Some anime and manga are meant for children. Some are most definitely not. It depends on what you deem is age appropriate, how mature a “child” really is able to handle violence and death, etc. Just because it’s animated doesn’t necessarily mean it’ll always be innocent.

Advertise with us
5376
likes / shares
FacebookTwitter