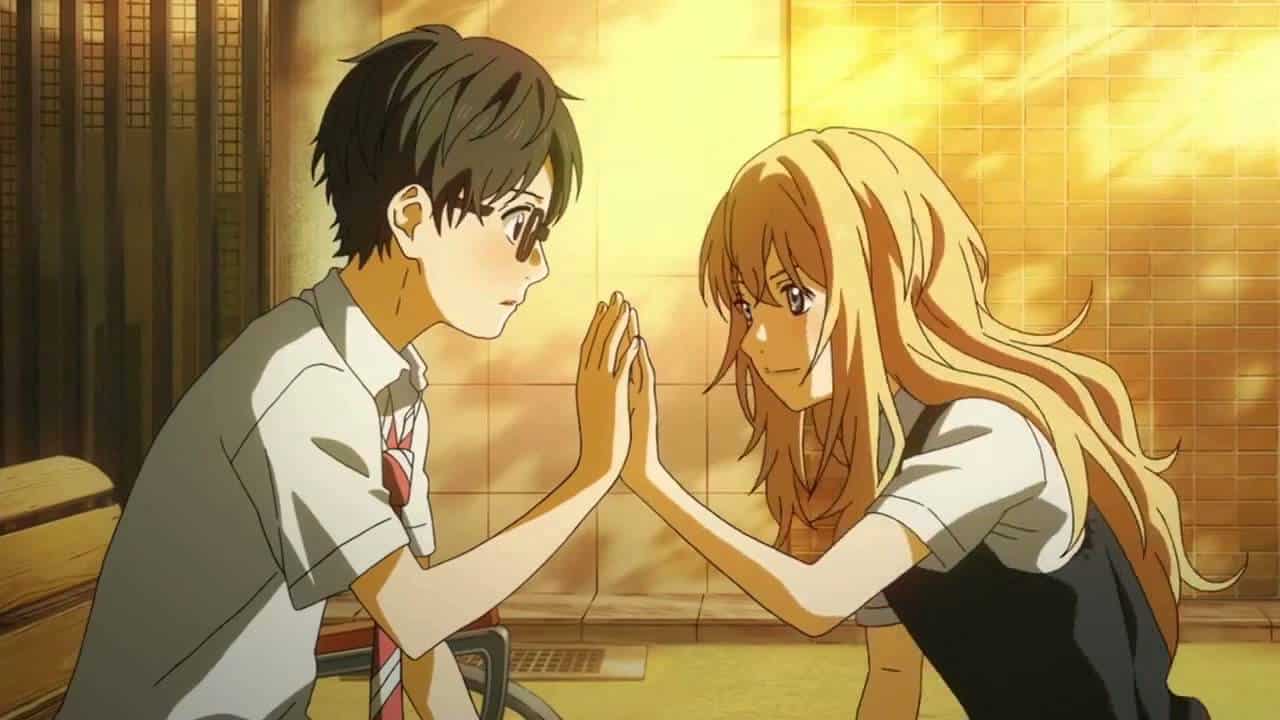 Top 12 Romance Anime to Enjoy This Valentine’s Day. Everyone needs a little love in their life. Whether it’s a casual fling or full-blown love of your life type scenario, it’s good to let people in every now and then. That’s right, yesterday is Valentine’s Day. Yes, Valentine’s Day is upon us and we can already feel the love in the air. This is that magical time of year to be in love and get as cheesy and romantic as you can possibly get.

Enough talking, let’s just jump right into it and take a look at our Top 12 Valentine’s Day Anime. Enjoy! 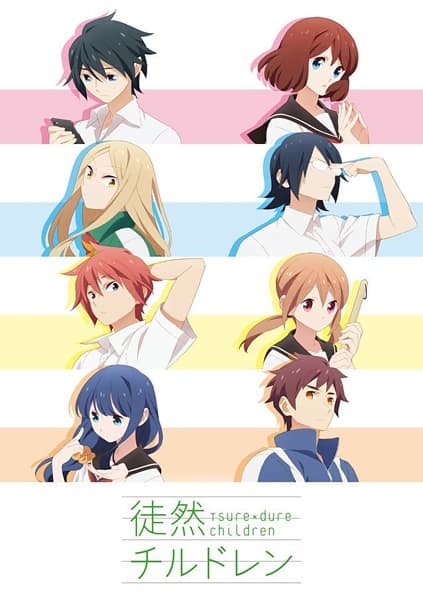 Tsuredure Children is an anthology depicting the various forms of young love between various couples. From being unable to confess their feeling too awkward dates, young love can be extremely cute! 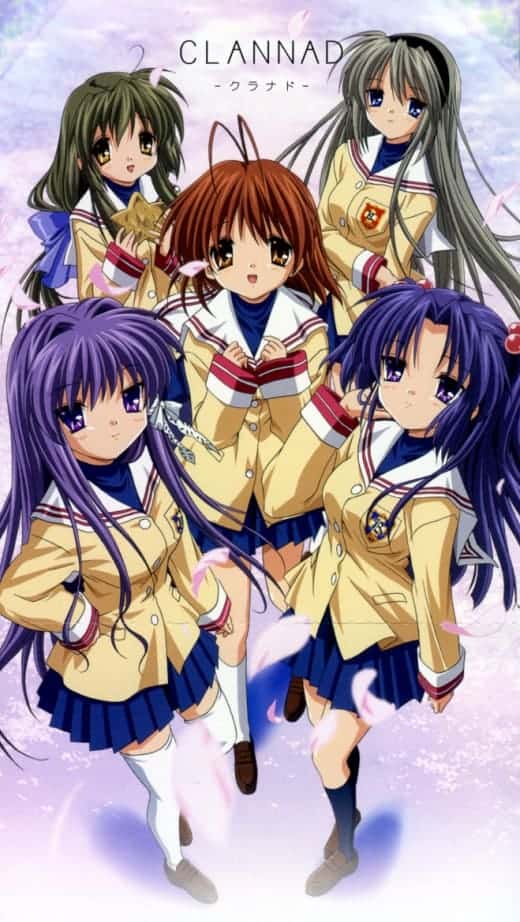 A boy who lacks confidence in himself and thinks that is good for nothing (Tomoya) slowly falls in love with his counterpart (Nagisa) who exclaims things that she likes in order to motivate herself, we explore the depth and development of their love throughout the story as it even progresses to their married life. 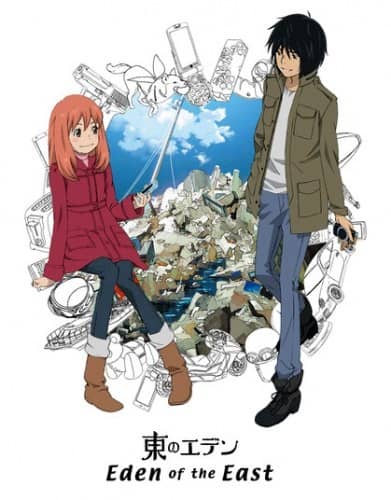 Higashi no Eden is a fantastic story that combines love, mystery, and adventure. Saki is a young dreamy girl from Tokyo who travels to America to meet the White House. She gets in trouble with the police for trying to get past the gates at the White House Garden but is saved by a young man with a gun in one hand, a cellphone in the other, and no clothes. 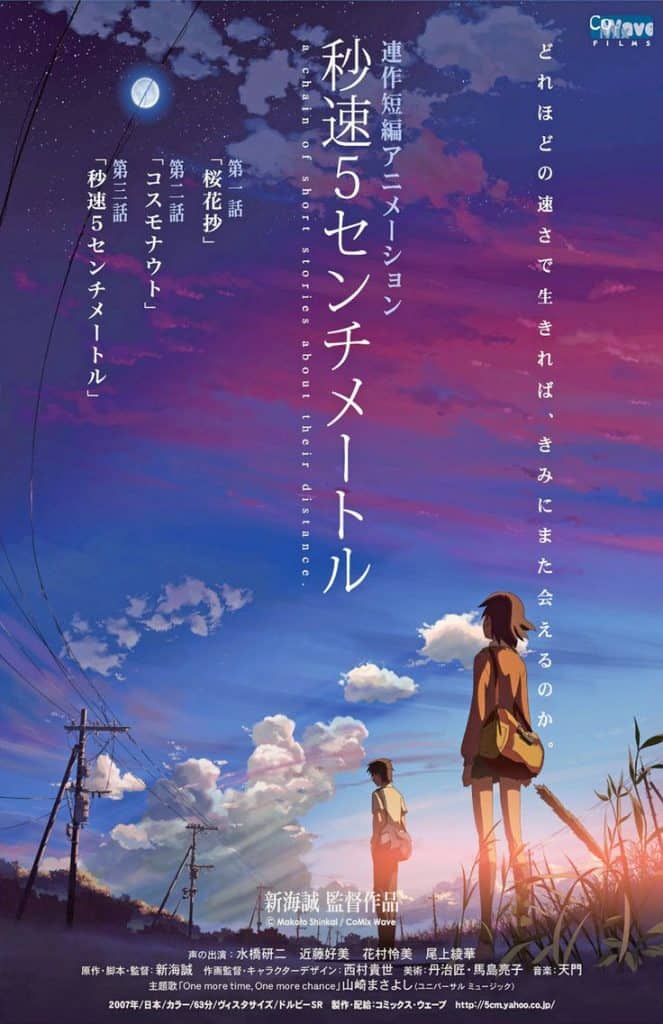 It’s a beautiful love story about two children, Takaki and Akari, who become really close to elementary school. As time goes by though, their families move to opposite parts of Japan and the two drift apart, keeping in touch less and less with the passing of years. Their feelings for each other seem to never fade away. After all, distance means so little when someone means so much. 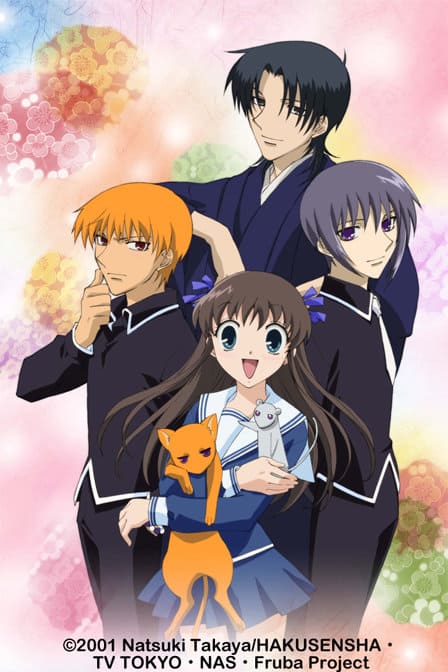 After losing her mother in an accident, Tooru decides to live in a tent in the woods out of fear of burdening her family and parents while her grandfather’s home is being renovated. Cousins Yuki and Shigure over to take Tooru in after her tent is buried under a landslide. Upon arriving in their home, Tooru learns that hugging a member of the Souma family turns them into a zodiac animal. 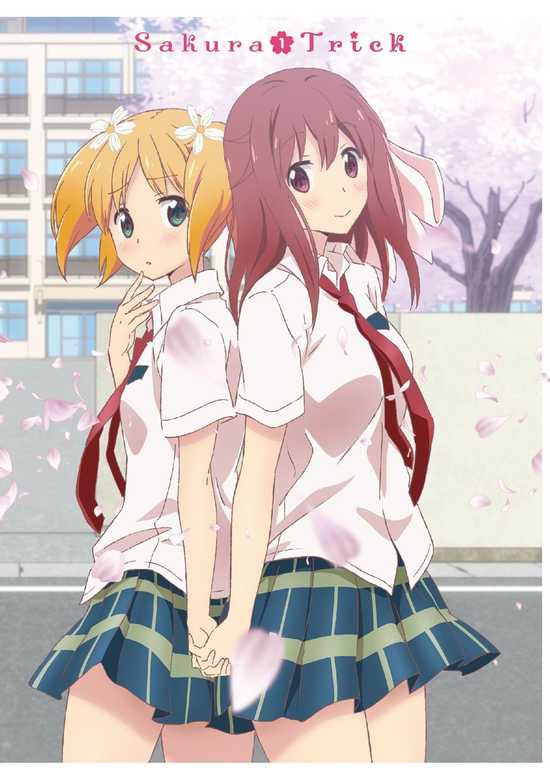 Love is in the air when the story of Sakura Trick begins. Haruka Takayama and Yū Sonoda were inseparable during middle school, but a twist of fate puts them on opposite sides of the classroom. they share a kiss in a vacant classroom after school one day. After that one kiss leads to many kisses. The two begin to realize that the relationship they share has changed completely. 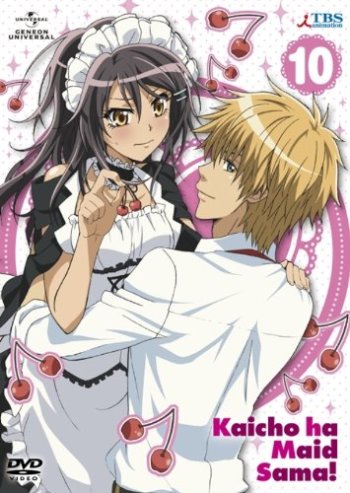 Maid-sama is a love story so full of clichés that you’ll be surprised to know you’ll surely like it. The main character, Misaki Ayuzawa, is the first female student council president at what used to be an all-boys high school. She loathes men and so she rules with an iron fist. However, she keeps a little secret she can’t let anyone at her school know. 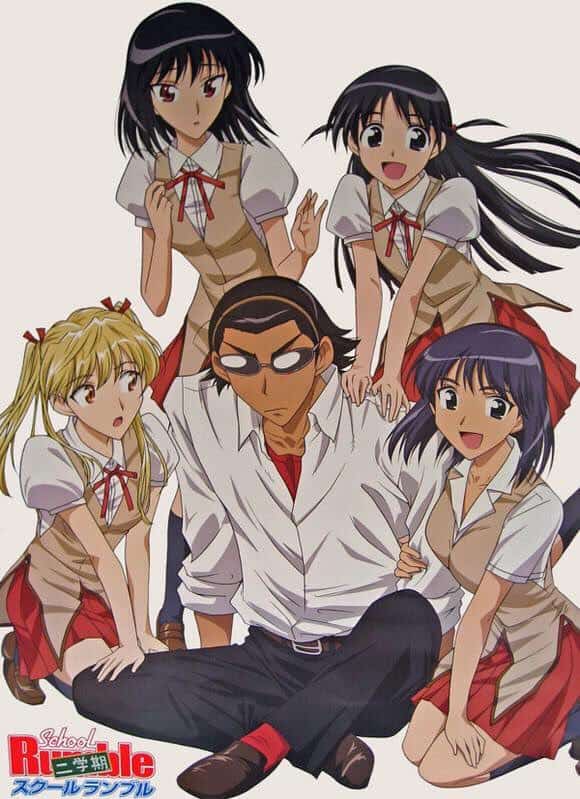 School Rumble has a huge cast of characters with their own romantic situations that often results in a ton of misunderstandings. Our hero Harima Kenji is in love with airhead Tsukamoto Tenma, and Tenma is in love with oddball Karasuma Ouji. I won’t say much, but seeing these two seemingly incompatible people in awkward, cute, and silly moments is one of the best things about School Rumble. 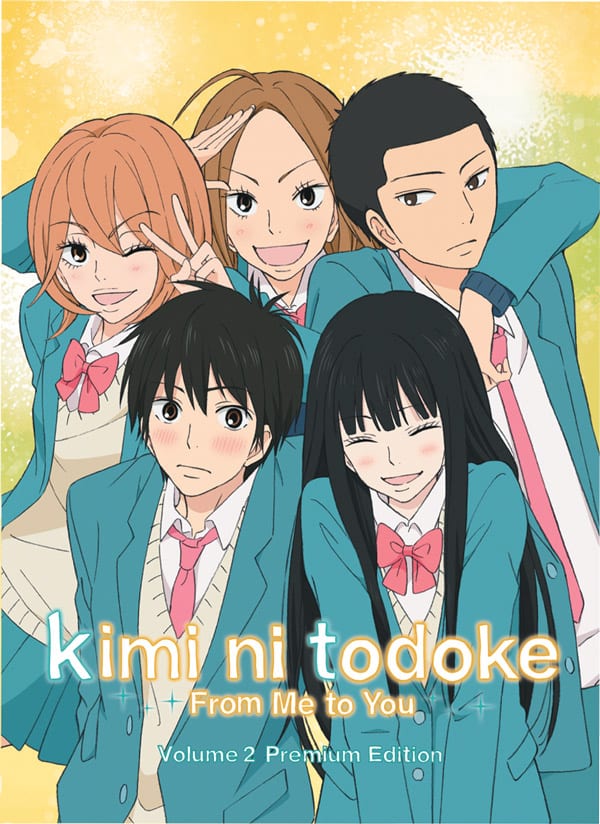 Sawako is a timid and sweet girl, but she is completely misunderstood by classmates because she resembles Sadako from The Ring. While longing for a normal life, Sawako takes solace in admiring Shouta and she is shocked when he starts speaking to her! Shouta’s simple action begins to turn Sawako’s life around as other classmates begin opening up to her.

3. Your Lie in April 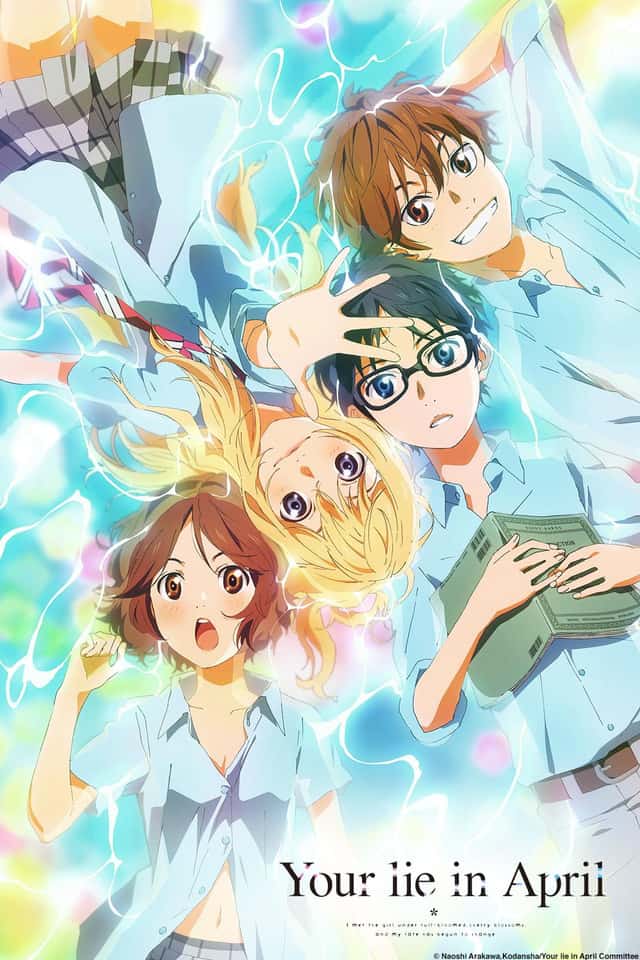 Music can impact our lives in amazing ways. This romance anime portrays this beautiful message through its main characters and their journey to let go of the past and strive to grasp a brighter future. Any true romantic will most surely enjoy the sound of puppy love ringing throughout the entire series, filled with both passion and despair. 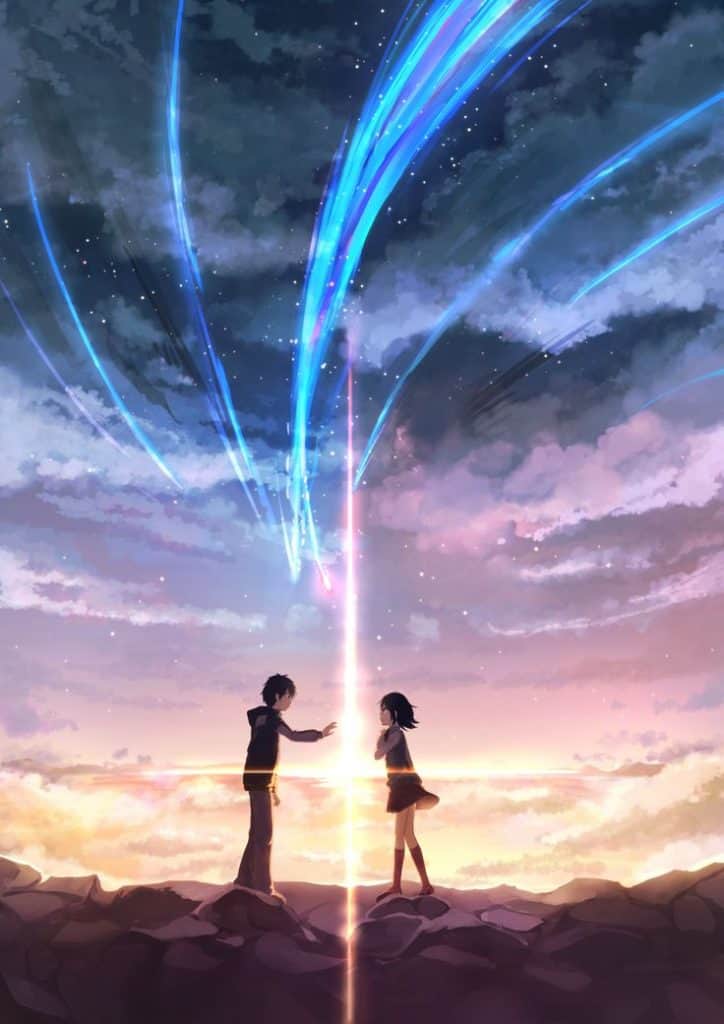 Mitsuha Miyamizu lives a peaceful life in the countryside. Taki Tachibana enjoys all the excitement of life in the heart of Tokyo. What would happen if the two unlikely high school students were to swap bodies? Lots of confusion and embarrassing moments as it turns out, but that doesn’t mean that nothing good can come out of their strange encounter. Kimi no Na wa. is the heartwarming story of Mitsuha and Taki and their search for each other. 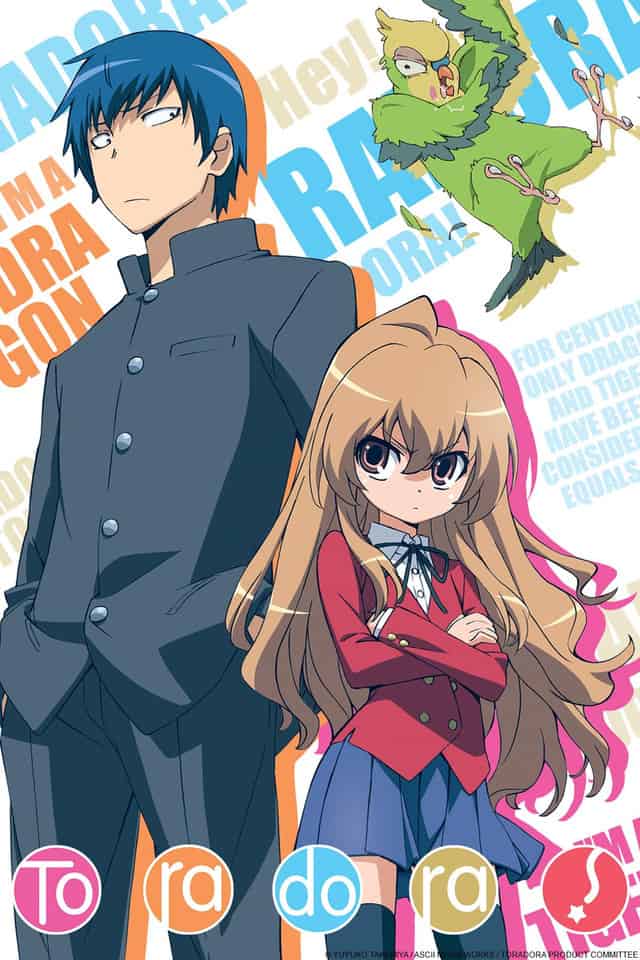 Toradora is one romance anime everyone can truly enjoy. From the beginning, the characters are fairly hostile to each other until their true feelings and emotions are revealed. Everything is executed perfectly here. Some elements may seem very cliché, (like every anime ever) but even those things are handled in a very brilliant way. You’ll get captivated by the story.

What kind of anime do you like to watch on Valentine’s Day?

Advertise with us
1952
likes / shares
FacebookTwitter