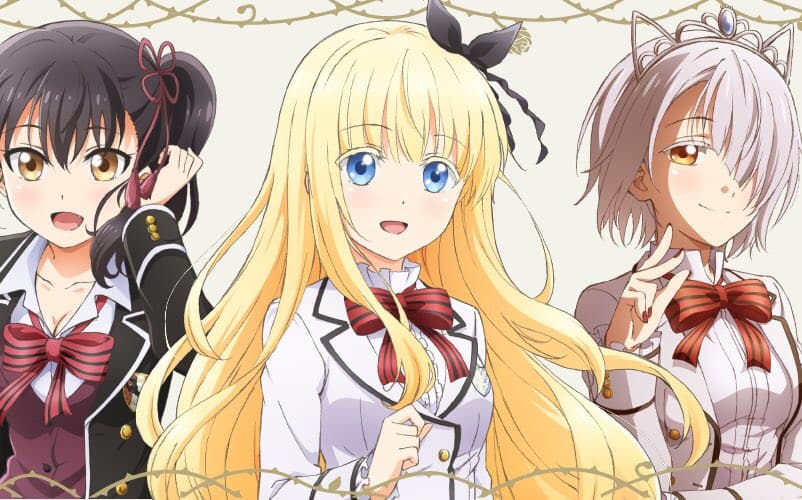 Top 7 Fall Anime Sequels to Put on Your Watch List

The leaves are changing colors and the weather is cooling down. You can smell it in the air. It’s fall. And you know what the means? New anime.

The fall season of anime is notoriously some of the best every year. This Anime Fall 2018 season is also no exception. There are also tons of new series coming up next and we are all excited to see what they have in store for us. We start the new school season, welcome the cozy weather, and tuck in for some indoor TV time with fervor and enjoy the hell out of the onslaught of awesome anime.

Don’t worry, our Otaku fan we are here at anime world got you covered, Check out our top picks for this fall season of anime.

12. Conception: Please Have My Baby

On his high school graduation day, Itsuki’s cousin, Mahiru, tells him that she’s pregnant. Just then, a gate of light emerges and transports the two into the world of Granvania. In this land, “Impurities” have been causing a disturbance to the Stars, ultimately plunging Granvania into chaos and disorder. And Itsuki, now revealed to be one who is fated to meet with the “Star Maidens”, is seen as Granvania’s last hope and was thus given the task to produce “Star Children” and combat the “impurities”. And unless the task is complete, Itsuki may never be able to return home.

11. The Girl in Twilight

In a city like any other in Japan, lives a group of girls who were brought together by Asuka Tsuchimiya, a girl known for her cheerful personality. They form the group “Crystal Radio Club” and perform various rituals; including one many considered to be an urban legend. However, when several events coincidentally fall into place, things get serious quick. To find out what sort of trouble the girls have gotten themselves into, check out The Girl in Twilight when it premieres this October.

10. Rascal Does Not Dream of Bunny Girl Senpai

A mysterious outbreak called “Puberty Syndrome” is causing girls to disappear in plain view. However, Sakuta is able to see a classmate named Sakuta as a Playboy bunny girl — which causes the two to investigate this mysterious phenomenon. Sakuta decides to seek an answer for this mystery, and as he explores, he learns about Mai’s secrets and meets people who share the same phenomena as Mai.

Following the success of the first season, Golden Kamuy will make a return with its second season, starting on October 8, 2018. Judging by the good reception with the first season, we can expect the same quality from this next season. Other than that, there are not much to say about this series except than: be patient and enjoy this series as a whole. Things will only get better and better.

The highly anticipated anime Goblin Slayer will make its TV debut this fall. There is a man who’s dedicated to the extermination of goblins and he’ll use any means to achieve that goal. One day, he comes across a priestess whose party is attacked by a pack of goblins. Rumors of the Globin Slayer’s feats begin to spread. But it is a dark story nonetheless and Dark Fantasy fans should not miss this anime.

It has been 4 years since the last season of Fairy Tail anime back in 2014. And on Oct 7 this year, Fairy Tail fans will get to see its final season which is likely to adopt the final arc of Fairy Tail originally a manga. The final season will continue to follow the unlikely duo of Natsu and Lucy as they search for their former teammates to convince them to rejoin the guild. However, this is easier said than done. New enemies will test the mages in unbelievable ways. Their incredible powers and prominent personalities will inevitably cause a big clash that our heroes must overcome if they ever plan to rebuild guild.

Romeo Inuzuka and Juliet Percia are rival heads of different dormitories at a prestigious academy. Despite being sworn enemies, Romeo risks his reputation when he confesses his feeling for Juliet. The couple may be in love, but they must keep their relationship a secret from their classmates until one day the two lovers can openly express their true feelings. This anime is just like nisekoi, if you like School Romance with a little bit of harem in it I bet you like this anime too.

Despite the not-so-successful reception of the first Tokyo Ghoul re season 1, the anime in overall still receives huge popularity. Furthermore, there are still lots more going on after the first season and this second season is expected to cover the rest of the story. Tokyo Ghoul: re Season 2 will pick up where the season one finale left off. It appears the latest adaptation will be the final one and will conclude Ken Kaneki’s story. Personally, I didn’t have time to catch the 1st season of Tokyo Ghoul re, people keep telling me the 1st season is not so great, and boring too. I hope 2nd season will do the better than the 1st one.

Yuu has always loved shōjo manga. Whenever she reads the romantic stories, she dreams of receiving a confession of love one day that’ll sweep her off her feet. She finally gets it when a junior high classmate confesses his feelings to her. Unfortunately, she feels nothing. Still confused by her emotions, Yuu enters high school. Once there, she meets beautiful student council president Nanami. After watching the student leader maturely turn down a romantic request, Yuu becomes so inspired by her demeanor that she asks Nanami for help. However, who would’ve known that the next person to confess their feeling to you would be none other than Nanami herself. Perhaps Yuu’s perfect romance tale will finally begin.

The long-awaited third season of A Certain Magical Index will hit small screens soon, and fans couldn’t be happier. The series follows Kamijou Touma, a resident in Academy City who, unlike most of the city’s esper population, lacks magical abilities. Well, unless you count his right hand which possesses “Imagine Breaker,” a skill that neutralizes any other powers. Outside of this ability, Touma leads a pretty normal life. That is until a girl called Index unexpectedly shows up at his apartment. Hiroshi Nishikiori returns to direct the series along with script supervisor Hiroyuki Yoshino and lead character designer Kiyotaka Haimura. The magical adventures of Touma, Index, and the other magicians will continue this fall.

This is the third installment of the Sword Art Online franchise, as we can expect this third installment of this franchise also have full of excitement, action, and adventure. Only this time around, our hero will step into a virtual medieval world called “Underworld.” The company behind this new virtual world, Rath, wants to develop a new technology called the Soul Translator by creating digital copies of newborns’ souls and putting them in Underworld. To help them achieve their goal, they hire Kirito to raise the AIs as naturally as possible. But first, they erase Kirito’s memories. Once in Underworld, Kirito meets Eugeo, a young boy who exhibits human-like emotions despite being an NPC. As Kirito searches for a way to log out of the virtual world, his buried memories start to emerge, especially the name Alice, a name that he should never forget.

The legendary anime series finally back on track with its fifth season: Jojo’s Bizarre Adventure Golden Wind. According to the original manga, the story will continue with Jotaro asking Koichi to come to Naples, Italy to investigate a man called Haruno Shiobana, whose real identity turned out to be Giorno Giovanna. Afterward, the story turns towards Giorno and focuses on his path on rising to the top of the Passione mafia group, thus, making it a mafia band of honor.  Jojo’s Bizarre Adventure Golden Wind is definitely not something anime fans should miss.

What anime are you most excited for this fall? What would you add to this list? Let us know in the comments below!

Advertise with us
140
likes / shares
FacebookTwitter