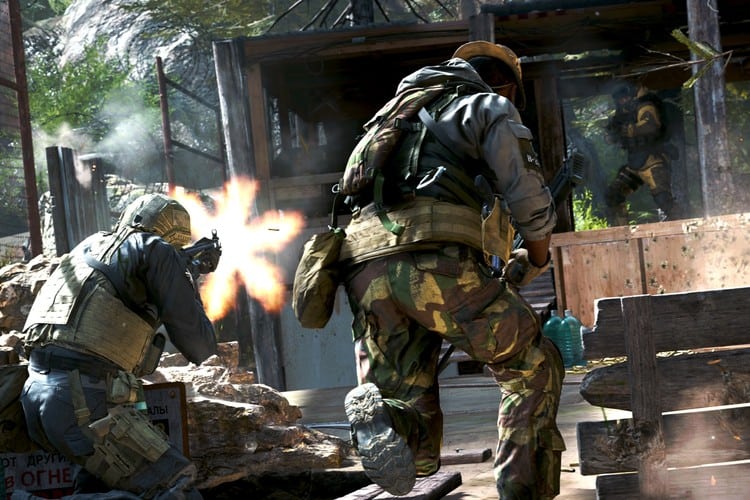 These game presented refreshment of the same old mechanic, which why people love the game in the first place than to appeal to a group of new people so they can sputter on the internet. Loose understanding of the previous game sometimes hurts the experience for the people who expect “More of the same”. 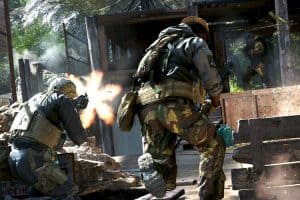 Let’s jump into the list of games coming out this year. Hopefully, that will get rid of the bad taste left by the new Wolfenstein. Listening to the characters of the game, made me feel like I’m playing the section in Darksouls. Where you’ll have to walk a long way just to get your asskicked by a boss.

Another game from Remedy Entertainment. The mind behind games like Max Payne, Alan Wake and the unfortunate boring mess Quantum Break. This game really looks promising and hopefully, it will bring back the magic of the Max Payne series. Where the story didn’t rely on the live-action cutscenes. If they were gonna implement it anyway then make it look good as it did in Devil May Cry 5.

One Sentence: It’s being developed by the company who made Fallout New Vegas.

This is a Microsoft game. You can tell its a Microsoft game by what Microsoft think a game is. XBOX started with Halo. Where mouse-clicking takes the center stage by not forcing you to sit through cutscenes after cut scene to treat the gamers 15 minutes of gameplay. HALO was the game forced the players to play games than listen to an AI explaining how the Covenant is really bad. Let’s hope gears 5 follows what made HALO great.

Hollow Knight is one of the greatest souls-like game out there now. This game successfully captures what makes souls game great without putting more emphasis on the roguelike experience that other game developers see dark souls as. It’s as same as spiderman games recreating the action of batman games without paying any attention to the characters and the atmosphere build through them.

The soundtrack of the game and the carefully designed levels that captures the hollowness of the town it once was but they are gone to the inevitability of darkness. Only the player can change the world with the sole determination to kill all the bosses and take their money for a weapon upgrade.

Can’t wait for the sequel. If you haven’t played it, go for it. Check out Salt and Sanctuary if you want to take another dive into the world dying depression.

6. The Legend of Zelda: Link’s Awakening

The remake of the original. But it’s a good kind of remake not *cough Bioshock *cough. They really improved the graphics and it does look adorable. It kinda looks like Captain Toad: Treasure Tracker.

This game has over billions of guns. Which is a lot compare it to the previous installment of the franchise which was borderlands 2. Which had over 17 million guns.  Let’s hope there is some sort of achievement for the people who get their billion gun. A gun to rule em all.

It does look like a good star wars game but it is being developed by EA. A story-driven star wars experience, Which they always wanted to make before they made battlefront. Then EA scrapped it for the loot box experience of star wars. The graphic does look good But EA is making the game. The gameplay looks fun, loved in once scene the guy throws his lightsaber at enemies. But EA.

This game will have a hard time convincing people who have given up on the franchise after the disasters that was battlefront series.

Shooting demons from hell with a double-barrel shotgun upgraded to fire 4 bullets without a reload is the best experience DOOM 2016 gave it to me. Hope they crank it up to 6 this time. This game understands the mind of a gamer. No cutscenes just room filled with demons and you and your chainsaw, 2 types of shotgun, assault rifle, plasma gun, gauss cannon, and the massive BFG. Which has the blast radius of a KI attack in dragon ball z.

It goes without saying, this new Call of Duty game is much different from what we have seen in the past.

They completely rebuilt COD from the ground up and put a major emphasis on “realism” and being “operator.”

This is looking to be very exciting!

One of the best thing about the mind of Kojima. That it may not have the power to conjure a sensible story but it knows the deep meaning of fun. MGS V was full of that. Where you can Fulton extract a goat while being inside of a cardboard box while a woman with stripper clothing watches your back with a sniper rifle 300 meters away. Now that’s called a perfect videogame.

Disclaimer: These are the games I viewed as the games will have a strong impact on 2019 in my personal opinion. None of these games were sponsored or paid to be on this list.

Which one of these games grabbed your interest with a grappling hook? Let me know in the comments below.