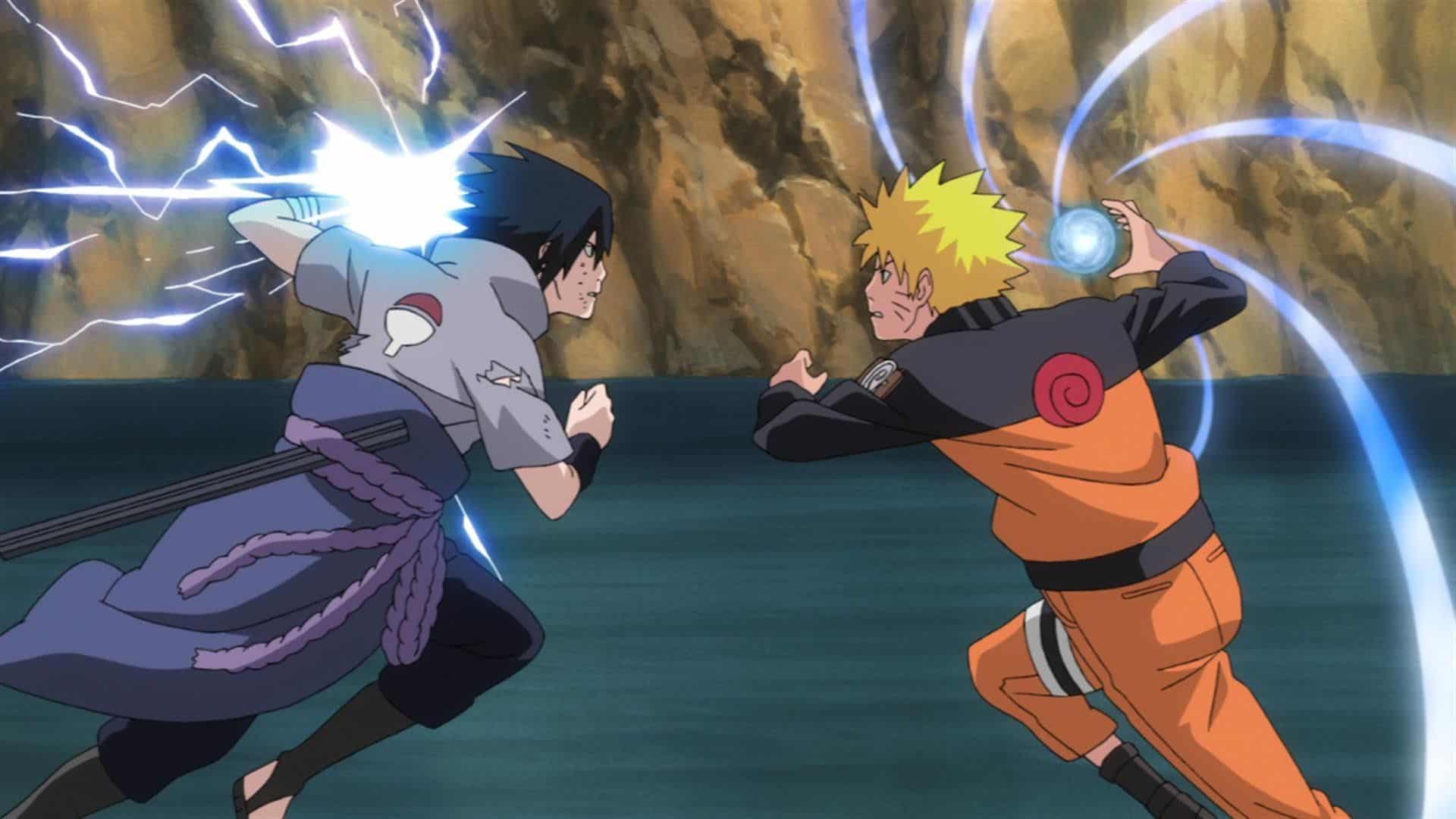 Criticisms of the Battle Rifle and how it Ruined Halo Multiplayer

Something about two likable leads who just can’t get along keeps us on the edge of our seats. What doesn’t change, though, is the fact that besides everything, they end up cooperating and helping each other, clash but never leave the other behind. 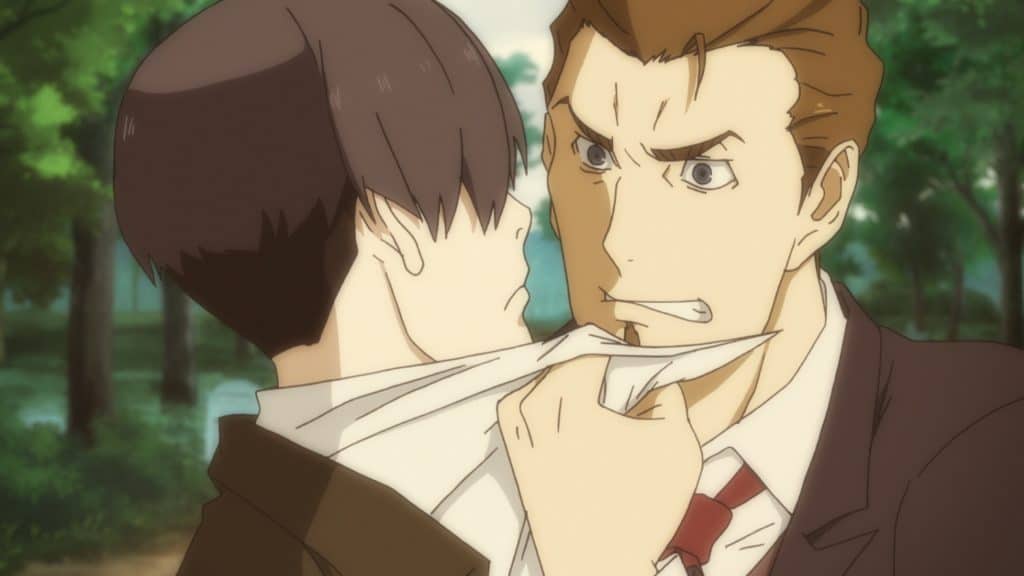 Nero Vanetti, in spite of being the don’s son, has a cheerful personality and is the exact opposite of Angelo. Of course, Angelo went through a lot during his life and that’s probably what turned him into a silent man never able to express his true feelings, not even in front of his childhood friend Corteo. He decides to befriend Nero and manages to do so. Not only he manages to become Nero’s most trusted underling, but their relationship grows, so strong that he declares himself to be Nero’s brother.

Despite their growing closer and their bond, though, Angelo can never forget what Nero and his family did. So, these frenemies’ relationship is constantly on the verge of falling apart, whenever Angelo remembers the true purpose of his getting closer to Nero. And for revenge calls for revenge, and death calls for death, their story will end up leaving all the viewers speechless. 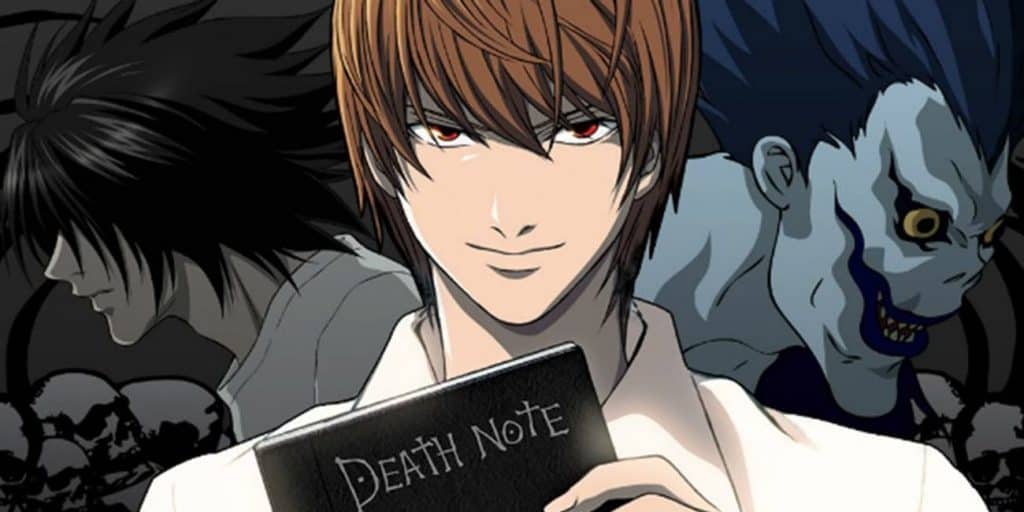 Light was a university student, and L was the world’s greatest detective. L and Light were at each other’s throats since the beginning of the series. But they still had mutual respect for the other, not because they wanted to, but because there were so darn good at what they both did. Light became L’s obsession, while L only wanted to beat him in his own game somehow.

Light and L are both absolute sociopaths, but in a different world, their brilliant minds, strong convictions, and complete inability to empathize with the people around them might have made them true allies. Good and evil don’t really matter to these two; they’re just two lonely prodigies trying to validate their own egos by “winning” over everyone else. 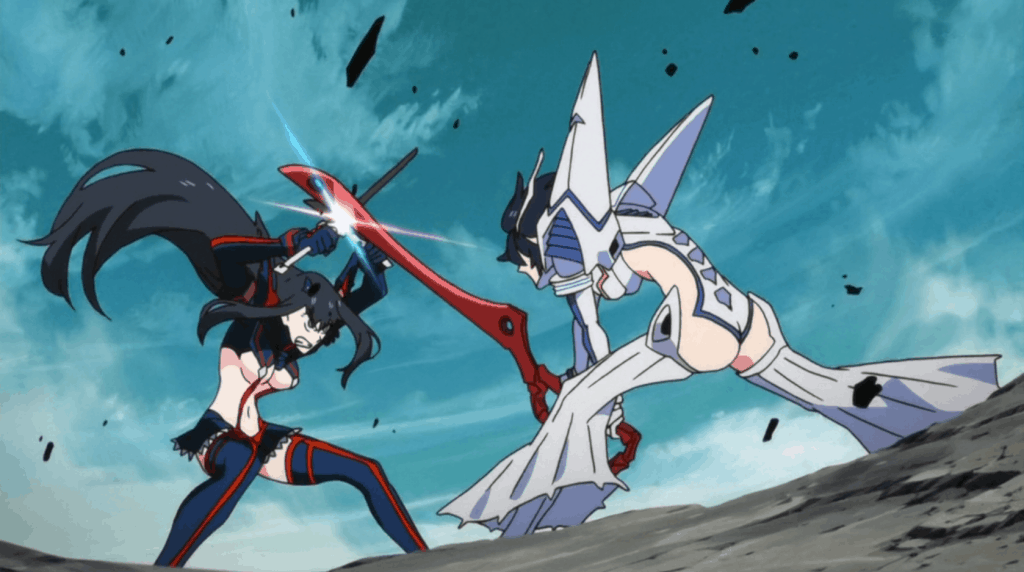 These two were separated at birth thanks to their super villain parents, and even though their father reformed before his death, he still had to abandon one child to his wife’s evil plot in order to raise the other. While Ryuko has a heap of daddy issues to work through, Satsuki is overloaded with mommy issues of her own, so both of them must learn to embrace the bizarre and imperfect makeshift families they’ve made along the way instead.

Ryuko might have a complex over showing the world her body, but Satsuki’s the one who refuses to open up about her feelings, and both of them are strong enough to inspire dozens of eager weirdos who want to love them for who they really are. After all the insanity has died down, Satsuki and Ryuko have no reason not to pick up the pieces from where they left off as sisters. Ryuko has the Mankanshokus to take care of her, Satsuki has bonded more with her Elite Four comrades, and now that they’ve all become friends during the final battle.

With Lupin and Zenigata we probably have the most classic example of friendly enemies. Even though Zenigata chases after Lupin, they frequently end up cooperating. And every single time Lupin fakes his death, Zenigata unavoidably finds himself in sorrow. 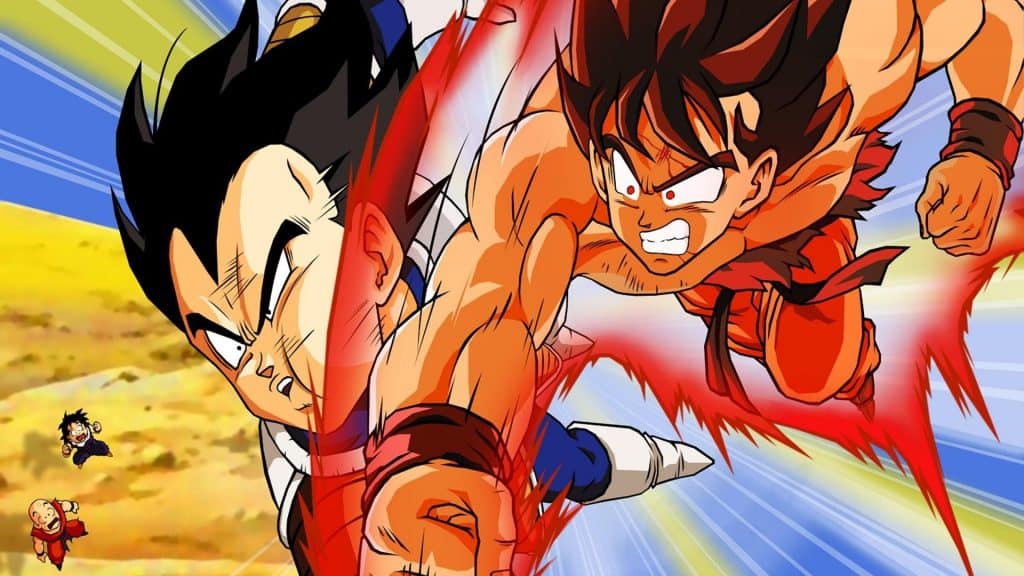 In the beginning, Vegeta considers Goku as a third-class warrior. When he realizes his strength, though, he just can’t believe it. Vegeta, the prince of the Sayian, is defeated by Goku and soon his indifference and arrogance turn into open hostility. We could actually write a poem about these two, but we will just say that their rivalry goes on during all the show, until something changes.

In fact, after saving the Earth together, Goku will start considering Vegeta as a friend. Vegeta, even though he will still consider Goku as his only rival, will put aside the hatred and after a long time he will start to consider Goku, and the other Saiyan, as something similar to friends and comrades.

5. Zoro Roronoa Vs Sanji from One Piece 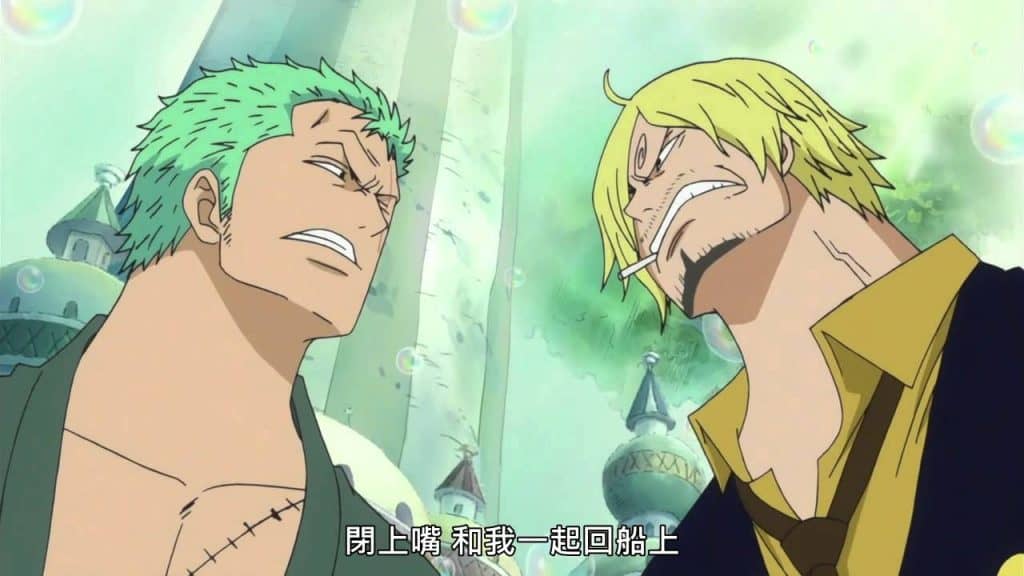 Zoro and Sanji are probably the most important and powerful members of Luffy’s crew. They are on the opposite sides in basically everything: Zoro is serious, unfazed and distant, even though he loses his temper almost immediately; while Sanji is a ladies’ man, constantly thinking of a way to have Nami and Robin notice him.

While Zoro is a swordsman, Sanji uses his legs to kick asses. Despite their rivalry and their stupid fights that end up being comical, the flip side is that they have a brotherly mutual trust and care, even though they would never admit it and when they fight together, they become basically unstoppable. 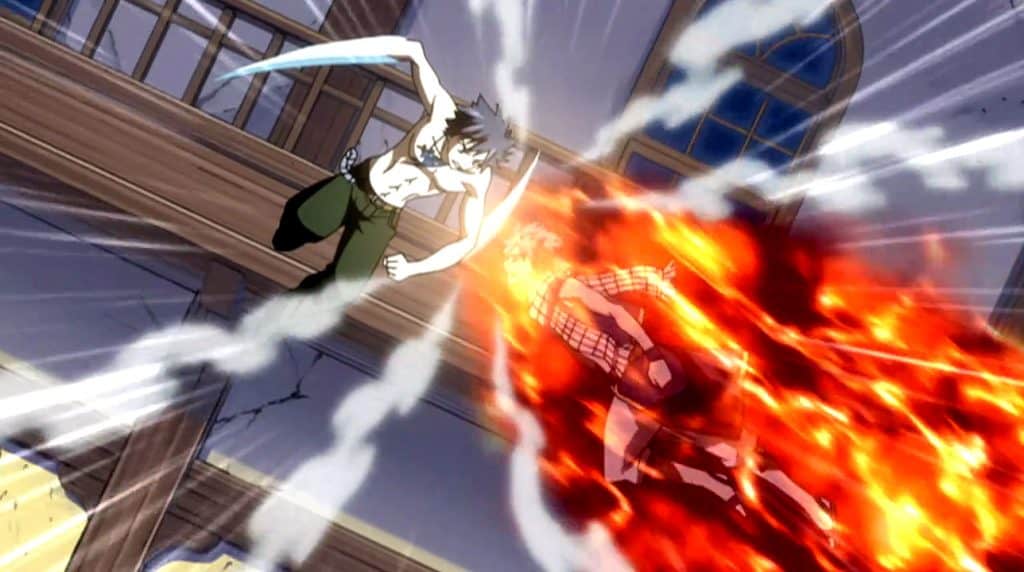 This is what keeps drawing them apart. For their younger years, they kept fighting over trivial stuff. Yet, they are together in their fear of Erza, who has always been the only one able to stop their arguing. This frenemy duo shares a competitor, and yet deep friendship. The bond between Natsu and Gray is very strong, so much so that they will do anything to protect the other.

3. Guts Vs Griffith from Berserk 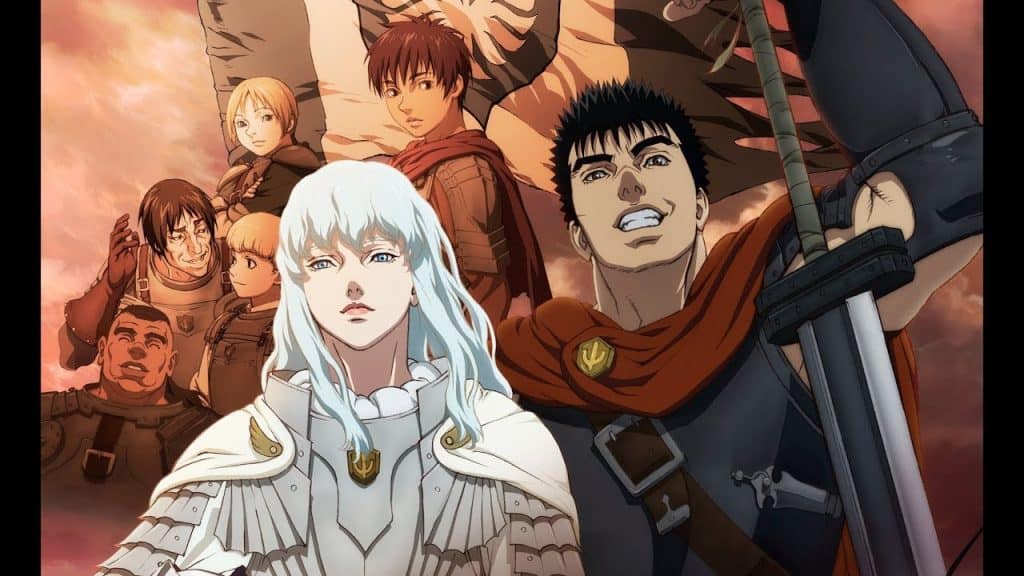 Like most anime rivals, Guts and Griffith weren’t looking for friendship when they found each other, but unlike in most other anime, becoming friends would be the worst thing to happen to either of them. In finding true kinship with one another, Guts’ ambitions were elevated while Griffith’s were lowered, allowing both of them to consider a new future for the first time.

One where they fought side-by-side as equals and died in relative comfort alongside the woman they both loved. Sadly, even though both men may have needed this kind of “normal life” to be truly happy, Guts and Griffith both reject this future out of their own personal fears. 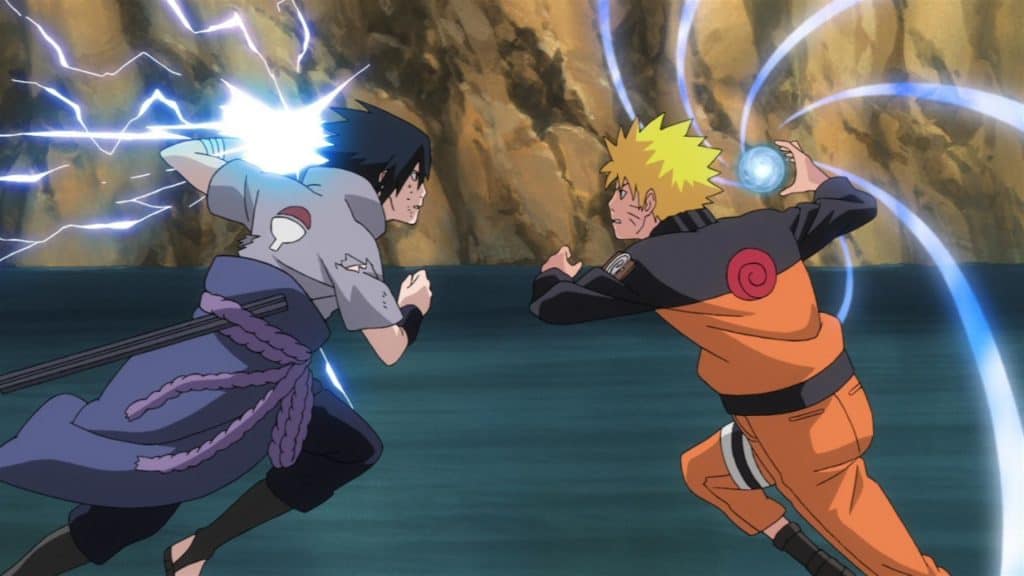 Naruto is just more honest about his feelings than Sasuke, but they’re both looking for approval and a sense of belonging in the world. While Naruto is blamed for the destruction of his own village and wants to prove he better than all the cruel rumors surrounding his past, Sasuke is mostly pitied for his past but secretly blames himself. The genocide of his clan was perpetrated by his own older brother, the one ninja in his family whose power seriously outclasses even Sasuke’s.

While Naruto may be jealous of the attention and support Sasuke gets for his talents, Sasuke can’t see past the inferiority and betrayal he feels over the loss of just one person’s attention and support: his brother Itachi. Naruto and Sasuke both have a lot of issues to overcome before they can become two very different types of leaders in their world, but they just can’t help wasting time by fighting each other! 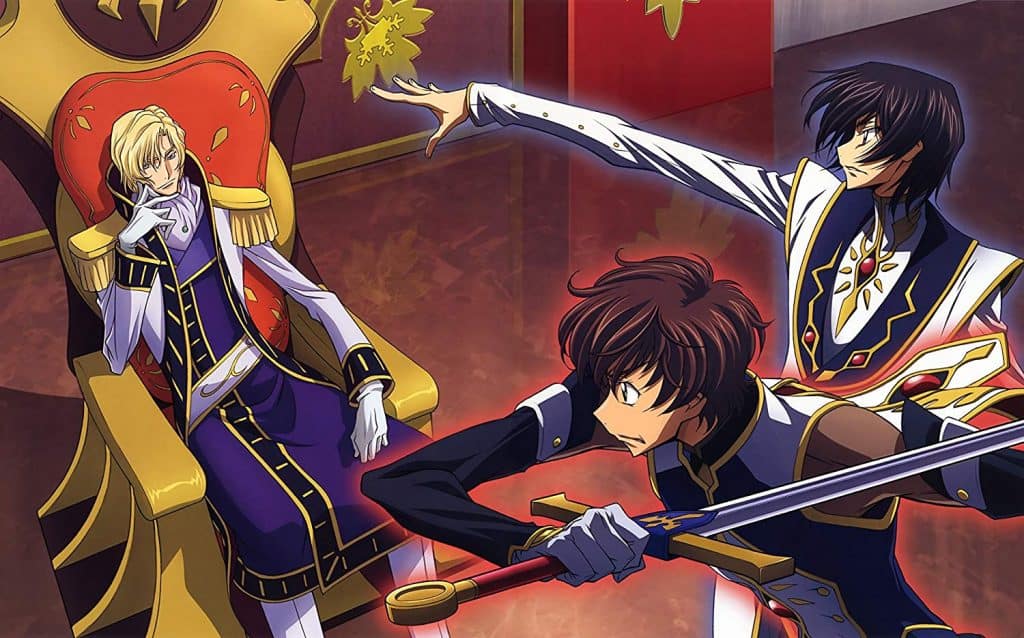 Lelouch and Suzaku’s beliefs mostly seem to stem from daddy issues, leading them both to become enormous hypocrites with similar problems to their own detested dads. To a certain point, their ideals will go on the opposite sides, and they will end up being enemies.

Yet, the fact that Suzaku is the only true friend Lelouch has ever had is something that Lelouch himself realizes. In fact, he will kneel and pray that Suzaku takes care of Nunnally, his sister because he trusts Suzaku with his life. In the end, they will figure out a way of cooperating and keeping their friendship in spite of everything.

So, what are your favorite frenemy pairings in anime?  Share your most memorable rivalries with us in a comment below

Advertise with us
692
likes / shares
FacebookTwitter