Do You Love Your Mom and Her Two-Hit Multi-Target Attacks? Anime Coming Soon

Wreak havoc, my weebs. Do you want an unconventional weapon of mass destruction? That is if you can wield it in the first place. They make it look easy, and you’re likely to break yourself before you can wreck anything.

WARNING: Any and all mechas will be excluded! Transformers are already overpowered against mere and unworthy mortal beings. Pathetic humans. Instead, included in this list are weapons that are physically wielded. So here are the top 10 weapons that will most likely carry you than you carrying it:

Naofumi Iwatani is the Shield Hero everyone in town seems to despise on baseless accusations. After what seems like an eternity of ostracization, Naofumi’s pent-up wrath towards the Royal Family manifests into the self-explanatory Shield of Rage.

The Shield of Rage is the first form in the Wrath Series. And although the Shield Hero’s main purpose is to protect, the Shield of Rage can also be used offensively. Simultaneously using the ability Iron Maiden on a Shield Prison entraps the victim into a dark and excruciating demise. 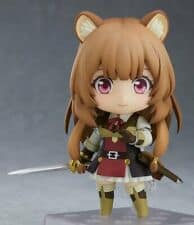 No one typically calls instruments bats, but if you use them like one you may as well just swing it like one. The Rickenbacker 4001 is the electric bass guitar that Haruko Haruhara uses. It is nearly indestructible, although can still break with enough beating, but is still no normal guitar regardless.

Presumably, the composition of all the bats in FLCL might be made of some stronger metal material. Ordinary guitars are hefty enough as it is though, so swinging one of these bad boys (and being victim to it) will cause the damage tenfold over. Did I mention you can fly with it, too?

8. Chainsaws in the Victorian Era?

Quote me: The remake of Texas Chainsaw Massacre shall be placed in the Victorian Era with Jack the Ripper as the main star, portrayed by Grell Sutcliff. The Death Scythe varies from each Grim Reaper, typically some sort of gardening tool (yes, a lawn mower Death Scythe also exists).

Grell uses his chainsaw Death Scythe not only to view human memories and retrieve souls, but also wields it in close combat. They essentially cut through anything other than itself or other Death Scythes. Or if you’re Sebastian because plot armor. 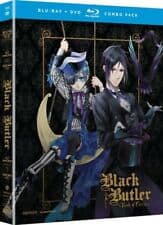 Unlike the rest of the weapons in this list, the Dominator still deserves to be listed as a ridiculously made firearm. It reads your psychological data, renders you safe or dangerous in varying degrees, and determines the proper consequence based on that reading.

The intricacy of how the Dominator works will surely make you question what happens to those that malfunction or simply doesn’t read psychological data correctly. The effects can be devastating, so would you trust the judgement of some artificial intelligence or human judgement?

It is known that the grass-head with no sense of direction in the Straw Hat Crew is physically strong despite lacking any Devil Fruit powers. He wields four- I mean, three swords and can defeat a Zoan Devil Fruit eater. In the Water 7 Arc, Zoro is unexpectedly handicapped with Sogeking.

Their battle resumes with the two handcuffed to each other, and with Sogeking assuming the position of a proper katana. What’s more impressive – Sogeking holding his form that long or Zoro easily wielding Sogeking? As if wielding three swords wasn’t impressive enough already.

No need to say a prayer if you ever meet the end of the Punisher. Nicholas D. Wolfwood isn’t your typical preaching priest, and is (or was) in fact an assassin. The weapon is a combination of a machine gun (front), rocket launcher (back), storage for pistols (side arms), and a temporary shield (entire body).

Ryuko Matoi not only slashes her way through enemies with her Scissor blade, but slays it with Senketsu equipped as well! The fanservice, fast-paced-in-your-face action, plots and subplots. Kill la Kill will make you wish you had this unconventional weapon of choice to wield. Until you find out that the other half belongs to Nui Harime.

Although unconventional, its build is not completely impractical. Scissors are sharp as it is, no matter the size. A full-blown katana length? You’d probably slay in style and arts-and-crafts all at once. Become the nudist we all strive to replicate those in the series!

Another… scissor weapon? Yes. The Cutter of Creation: Extase is wielded by Sheele. It is just a step better than the Scissor blade above in that it is more durable and can act as a shield whilst still being able to cut through nearly everything. Regardless, it remains an unconventional weapon amongst the others used in the series.

In addition to its physical abilities, Extase can also reflect its blades to emit a blinding light that can temporarily stun everyone except Sheele. And the cherry on top? It has a panda face that holds the two blades together, or perhaps it is just merely there for aesthetics. 3D Maneuver Gear (3DMG) will have you yelling just that flying all around town. Or if you have a full blade stuffed in your mouth as Levi Ackerman has demonstrated. Although 3DMG allows full mobility, it requires actual structures or some sort of edifice for the user to grapple on to.

Furthermore, you’re given a finite amount of gas and plug-in blades to maneuver and fight off Titans with, respectively. Utilizing 3DMG requires total skill and proficiency in order to navigate let alone take down Titans. Can you just imagine weight of it all?

And personally, do NOT get me started on how ridiculously long it takes to put on the belt straps. And how it cuts off the circulation in your legs while walking around. How inconvenient they actually are. Here’s proof for those who haven’t experienced the struggle. 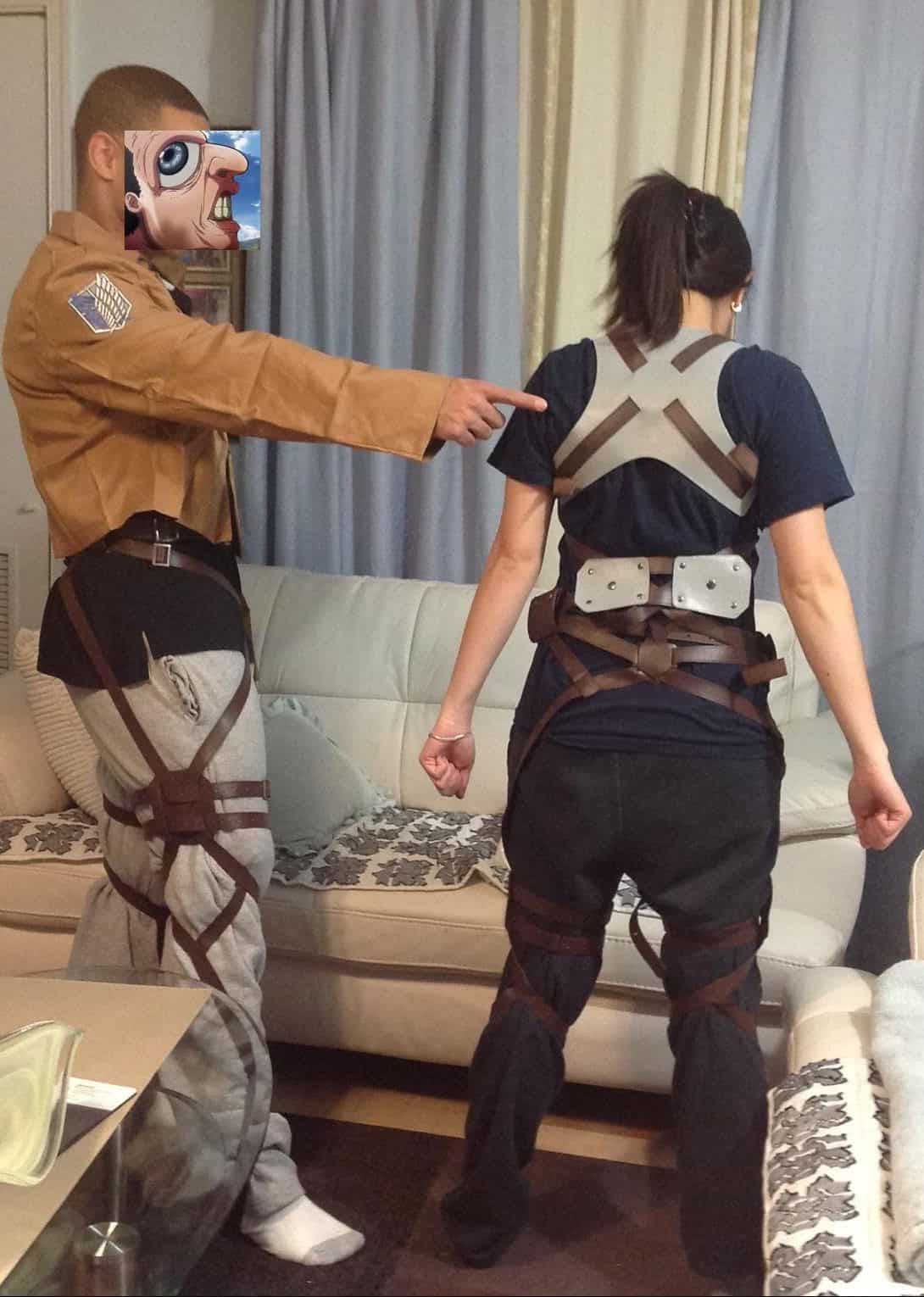 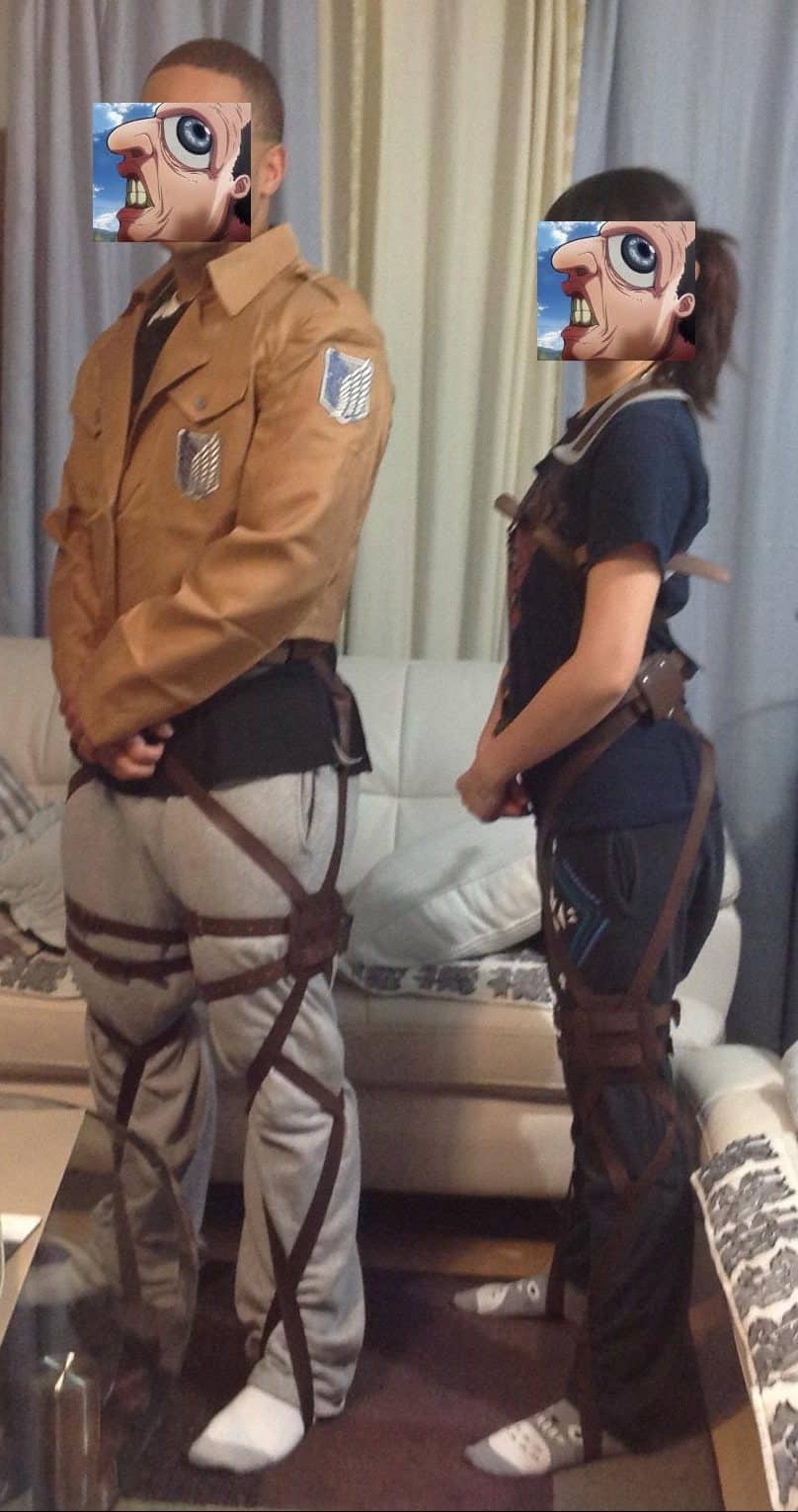 1. The Beast and The Blade

When it comes to wielding the largest and heaviest sword without the use of magic or mechas, no one comes close to Guts and his Drgaonslayer. Every other sword seen thus far is seen wielded easily from the get-go. And unlike others, you experience and witness overtime the hardship the man has gone through to be able to wield a monstrous creation.

Additionally, the Dragonslayer is so enormous that it sometimes can barely fit within two pages of a manga. And sorry Shield Hero fans, Guts wears and handles the Berserker armor better.

These may not be physically wielded weapons but are worth mentioning solely based on the ridiculousness and ingenuity of the idea.

What do you think is the most ridiculous weapon made in anime thus far?

Advertise with us
698
likes / shares
FacebookTwitter