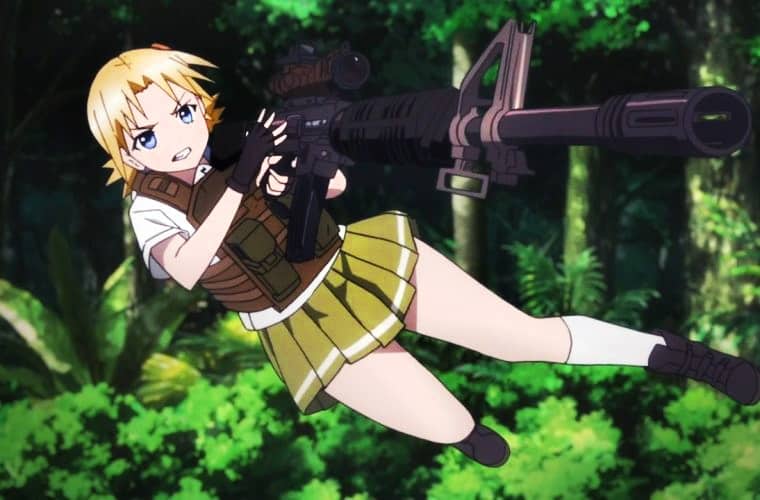 20 Years Later, Rurouni Kenshin Is Back!

Are you into girls with guns? How about 2D girls with 2D guns? Great! Here’s 10 anime to try out. 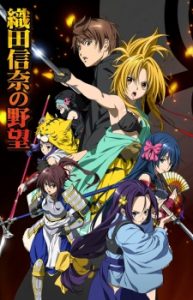 The once bloody chapter of history of Japan will never be the same as before as gender bent warlords and generals  set the Land of the Rising Sun ablaze with steel,blood, and cuteness. You read it right, with cuteness! Just like how Japan loves gender bending and traps, the infamous figures of the Sengoku era have not escaped moe-dification.

This series follows the the story of a 17-year-old high school student Yoshiharu Sagara from the present times who found himself  on an alternate universe of the Warring States Period of Japan. After being saved by Kinoshito Tokichiro, who later died, he met the “Fool of Owari”, Nobuna Oda (the female counterpart of Nobunaga Oda) and became one of her retainers. Armed with the knowledge of the Sengoku Era, will Yoshiharu prevent her fall at Honnou-ji and prevent her newly found master from doing the sam,e mistakes of her historical equivalent? 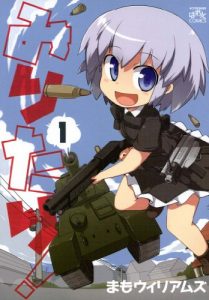 This anime is honestly nothing but laughs and moes. So you can just relax while watching this. The series starts when Souhei Yano’s normal life is shaken and literally bullet riddled with the arrival of 1st Lt. Lutgalnikov and 2nd Lt. Haruka. The duo was given the task of protecting him from Grania Republic who then sent a deadly loli assassin Sergeant Shakirov. Caught between a series of crossfire, will Souhei find peace when even his oen house is a battlefield? 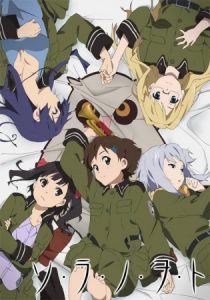 On the distant future, most of the Earth we know today has turned into barren no-man land and took several steps back on some aspects of technology. And day after day, the tension between Helvetia and the neighboring Roman Empire has grown worse over the years of unsettled conflict.  The story follows the first year of the military recruit Kanata Sorami on a military outpost at the town of Seize on the outskirts of the country of Helvetia. Having her dream of playing the bugle with her, she savors and appreciates the beauty of life along with her comrades despite the world itself is slowly crumbling. 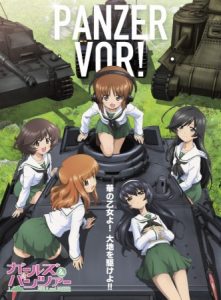 “Senshadou”, a traditional sport where WWII tanks are utilized in elimination type mock battles, is considered one of the highest pinnacles of being a true lady. A woman skilled with tanks are seen more attractive, cultured and appealing to the society, especially for men. And there is no wonder why they hold world championships on the field of senshadou for the past several years. 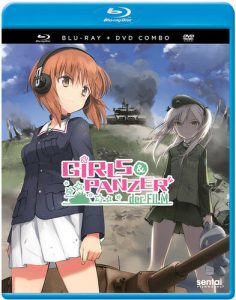 Descended from the line of expert and well-known senshadou specialists, Miho Nishizumi is quite a prodigy herself. But due to an unexpected accident that happened over a senshadou event, she quit and vowed never to step on that field again. That’s why she enrolled at Ooarai Girls High School where the sport is abolished for years. But everything doesn’t turn as expected when the school administration revived the tankery program, pushing Miho back to senshadou. But now is different. She’s not alone anymore and with the aid of her new friends, she was able to overcome her past and face her family with a renewed resolve for the Nishizumi-style of senshadou. 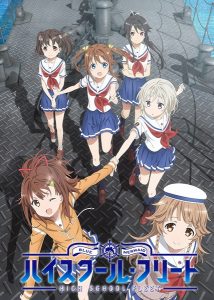 Can’t get enough of Girls Und Panzers? How about these?  Let’s have these cute high school girls sail on the high seas with WW2 warships? You know, that’s the wonder of anime, nearly everything is damn possible. *wink* With the majority of Japan, and of the whole world to some extent, submerged  beneath sea level due to active tectonic plates, this maritime nation began to rely on specialized fleets to secure safe sea routes for their flourishing marine industry.  And this is spearheaded by the Blue Mermaids, the honorable and highly skilled women whose lives devoted on protecting the seas. 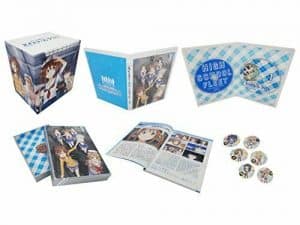 After few years, two childhood friends, Akeno Misaki and Moeka China, reunited and take their first steps on making their dreams of becoming one of the Blue Mermaids. Though, their reunion is short-lived because they are assigned on two different warships for their training exercises. Aboard the destroyer Harekaze, the vessel Moeka commands, everything is going smoothly until unexpected engine and navigation failures stirred almost all of the ships on the training fleet into trouble. With sudden turn of events, having the battleship Musashi lost, the ship Misaki commands, and several commissioned vessels in hot pursuit, the crew of Harekaze have to work together and deal with their differences to survive amidst the unforgiving and treacherous sea. 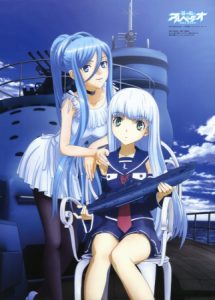 When it comes to most military moe animes, one of the recurring themes that you may notice  is a post-apocalyptic world, where mankind is almost decimated thanks to some kind of alien forces. And this series falls on the same category, with the Fleet of Mist, alien life forms for whatsoever reason took the likeness of WWII ships, cutting off all vital sea routes of humanity. Despite mustering all of their combined strength, the humanity is still severely beaten down by the enemy repeatedly with no hope of even winning a single encounter. 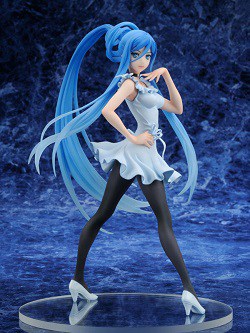 But everything changed seven years after the enemy’s first appearance with the fateful meeting of the captured vessel of Fleet of the Mist, submarine I-401, and a young cadet, Gunzo Chihaya. And here comes the twist, aboard the submarine, a humanoid life form woke up and claimed she is the vessel itself and eventually offered her assistance to mankind. From here starts the odyssey of Chihaya with his crew aboard the alien vessel to unravel the mystery of the Fleet of the Mist and the sudden disappearance of his father. 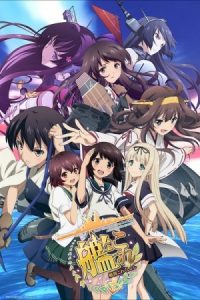 Previously, we have ships commanded by roughly a class of high school girls, and another one with aliens imitating WWII warships. And we all know that the creativity of Japan is to infinity and beyond. For the sake of military moe, they literally have girls donned with ship armaments on their bodies. They are the freaking moe-dified ships themselves literally.  And honestly, that’s so brilliant if you play the game itself. 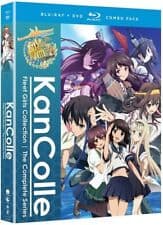 Based on an online browser card game popular in Japan way back from 2013, humanity is in near annihilation with the appearance of the Abyssal Fleet. To counter the threat and regain the lost territories tightly guarded by the enemies, a special naval base is established.  And instead of conventional battleships and carriers which are “undeniably ineffective” against the new threat, the kanmusus, girls who have the spirit of WWII Japanese warships with them, are given with this vital mission. And the anime series starts with the arrival of destroyer Fubuki on the base and her exploits to become a strong kanmusu. She dreams to fight along with the one who saved her from near annihilation, the carrier Akagi. 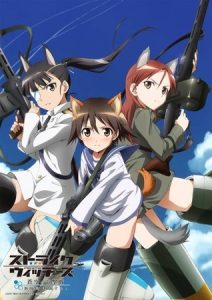 Before we have Arpeggio of the Blue Steel and Kantai Collection sailed on the seas, the Strike Witches had soared through the skies to defend mankind from the impending threat of alien invaders known as the Neuroi, which mysteriously appeared over the continent of Europe in the alternate version of 1939, destroying everything within sight. But five years later, humanity starts to fight back as the witches from the 501st Joint Fighter Wing based on the British Isles scored a string of victories against their nemesis. 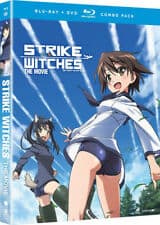 Utilizing these innovative leg mounted machines, the Striker Units, and wielding devastating arsenal of weapons, not only their will to regain peace back to their homelands will be tested, but also their bonds and confidence with each other. 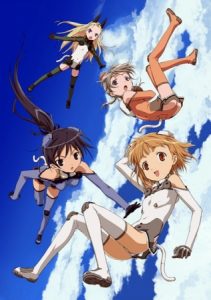 This series has pretty much recycled the idea of Strike Witches but the show itself is worth giving a shot. Set in the near future, Earth find itself decimated after an all-out attack from alien creatures known as Worms. The war itself took toll millions of lives, and most of them are young men.

Slowly the score is being settled as three young girls equipped with a mecha unit called Sonic Divers heralded the re-emergence of hope and the end of the reign of terror by the alien species. 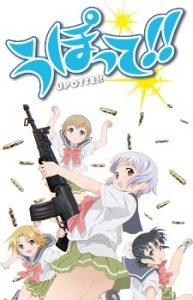 The military moe has once again taken another level with firearms anthropomorphized into school girls. With high caliber cuties ready to aim and pull the trigger piercing your hearts with their unforgiving bullets, you might reconsider owning a gun or a rifle.

At Seishou Academy, these “gun girls” attend school every day and train on firing range in hopes of finding the right servicemen for them after they graduate. And coincidentally, Funko (FNC), found her “soul mate”, none other than newly recruited human instructor of the academy, Genkoku. Will she able to aim his heart and later become his “personal weapon”? Or will everything fall in vain?

Advertise with us
873
likes / shares
FacebookTwitter