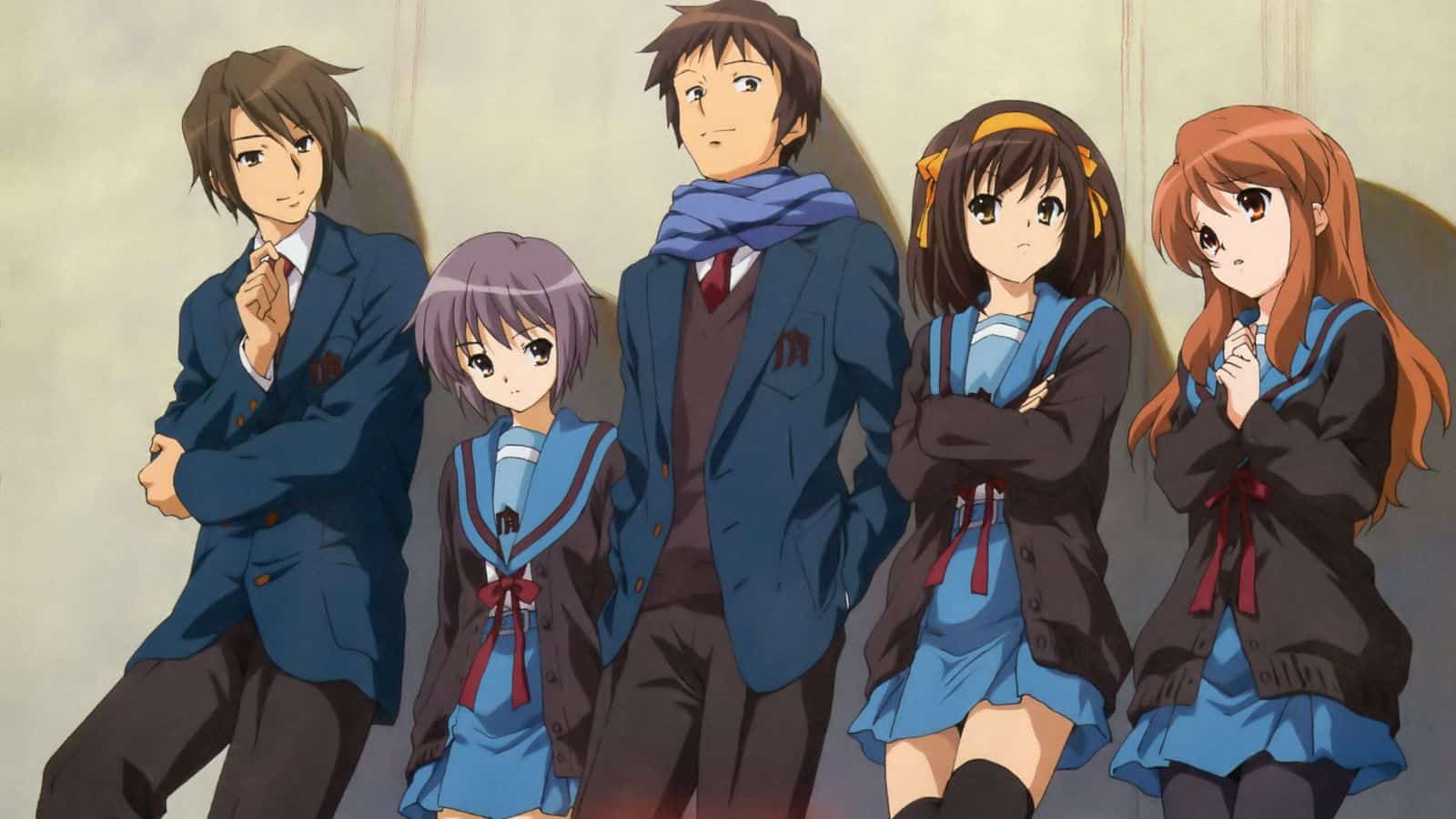 It’s not surprising or even uncommon to come across an anime generally light novels that you think could have not only been better for the second season but is actually in need of a Sequel. Whether this is a feeling brought on by a rushed ending or a lack of good character or plot development, you’re always left feeling hollow. Like something that should’ve been there simply wasn’t.

Here are some popular anime series that need a sequel. 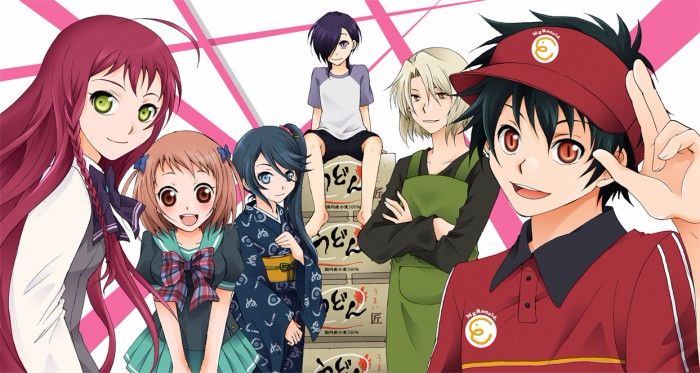 The Devil is a Part-Timer! is another comedy that took the anime world by storm. But it only got twelve episodes back in 2013 with no more to come. When Satan is transported to the human world along with his nemesis, Emi. They’re both forced to adopt the ways of humans so that they can reserve their magical powers to someday return home. Satan decides that being a fast-food employee is the way to go, and he quickly becomes a force to be reckoned with at his local MgRonalds. Funny and unique, I’d love to revisit MgRonalds to see how far it’s come! 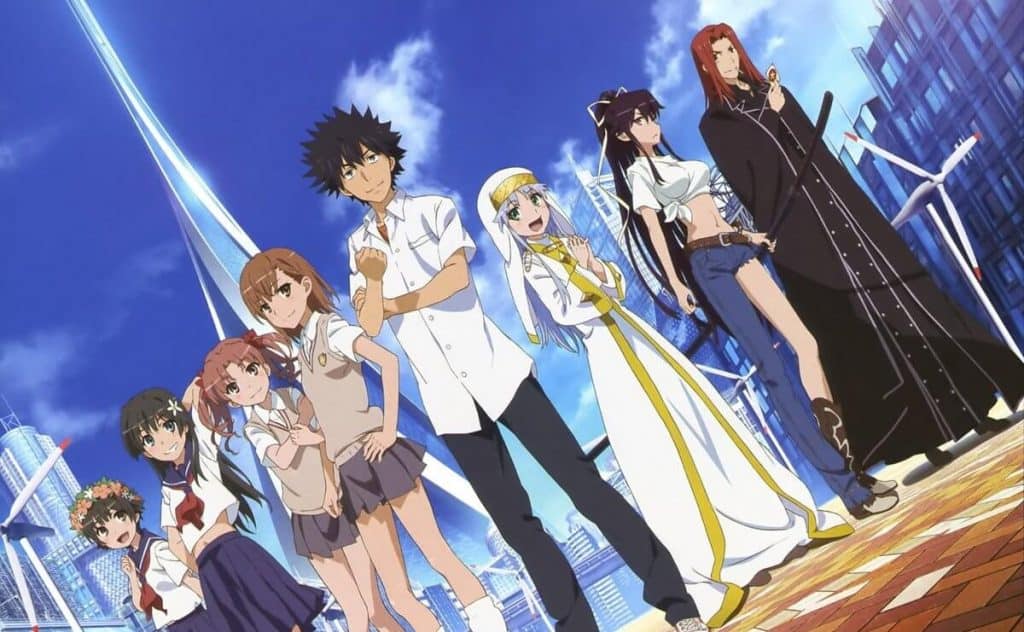 A Certain Magical Index is a Japanese light novel series written by Kazuma Kamachi and illustrated by Kiyotaka Haimura, which has been published by ASCII Media Works under their Dengeki Bunko imprint since April 2004. A Certain Magical Index is set in a world where supernatural abilities are a reality. I still have some little hope we would have a season 3 one day I don’t lose hope. Lately, a lot of old anime has got sequels. Jigoku shojo, Overlord, and a reboot of Kino no tabi. So stay positive. Well, i am… we will definitely get a new season.

8. Kyoukai Senjou no Horizon (Horizon in the Middle of Nowhere) 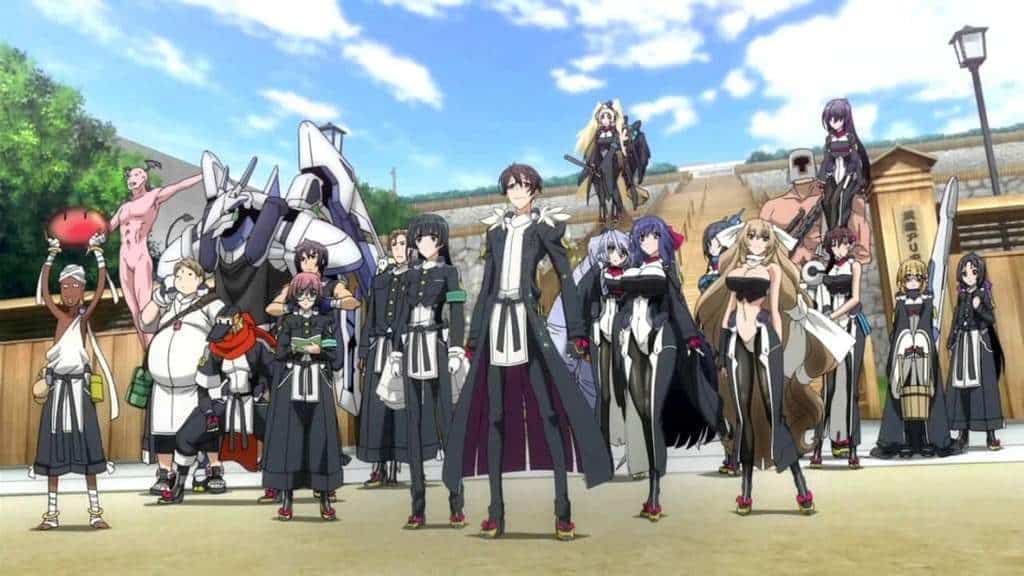 This is honestly one of the few series out there that deserves continual sequels. Great storyline, great characters, and great entertainment value. There are tons of novels; everyone who did even a little bit of research knew Horizon wouldn’t end at the end of season 2. I really hope for a third season. 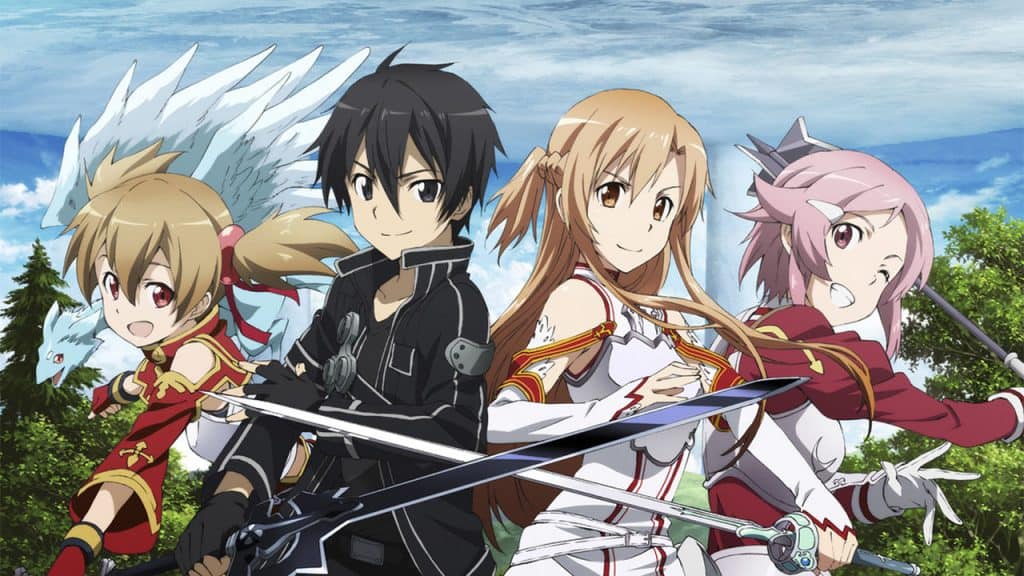 Love it or hate it, there is no avoiding the fact that Sword Art Online is one of the most popular anime of the past few years. Sword Art Online unless they’re a masochist or suffer some form of mental illness. Fortunately, most of the choices are excellent and reasonable. Even with the anime that aren’t loved by all. it’s hard to be upset to see it on the list. 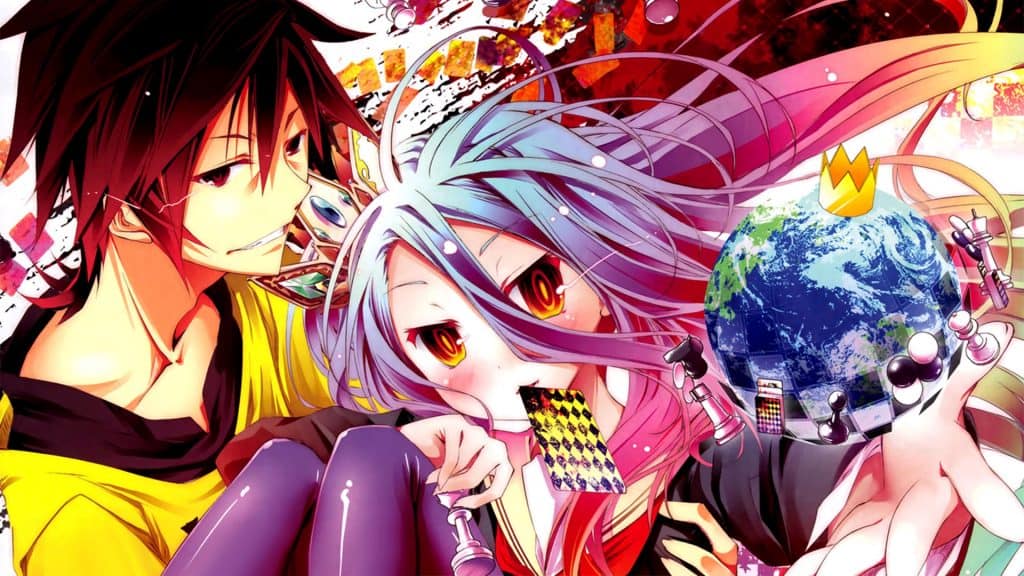 No Game no Life follows the 2 shut-in NEET siblings Shiro and Sora. They’ve mastered all games under the username “Kuuhaku”(blank) and are perpetually bored.They searching for a new game and a new challenge.One day a mysterious person challenges them to a game of chess. After a hard-fought game, they win, and receive an offer: “Do you want to come to my world?”  Thus embarking on an adventure in this new, exciting world. The fairy tale we all wish never ended only had 12 Episodes though, which is why it needs a second season.

Re:zero is most likely getting a Season 2. Re:zero is a hit in Japan and the author also expressed his wish to had his work animated. They probably will give the show’s popularity. After all, the original light novel is still on-going, so unless there isn’t enough material to adapt yet. It probably won’t be too long until a second season is announced. 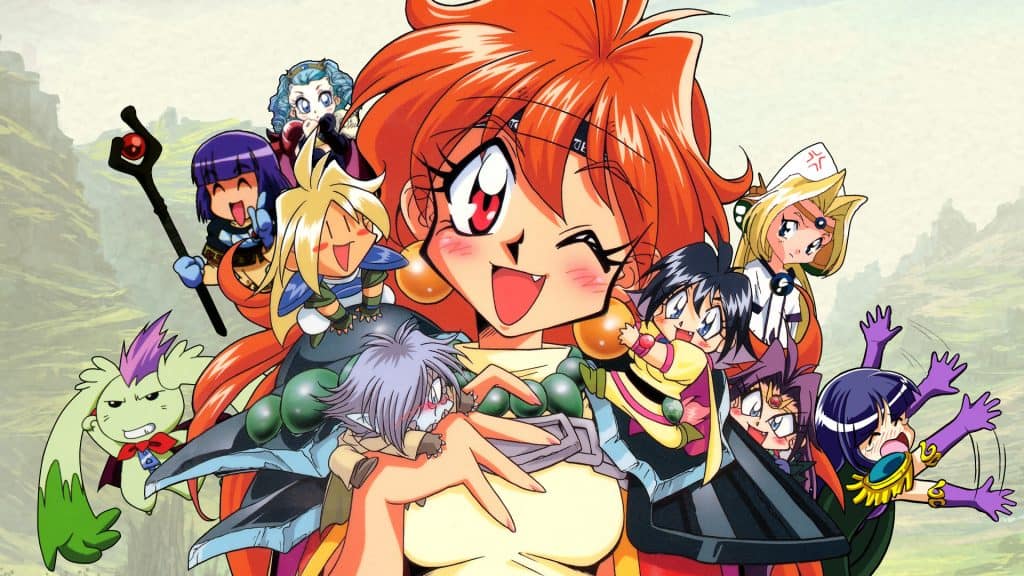 Legendary fantasy adventure series Slayers It may already have four seasons and seven movies, but it has proven itself astounding every time, making it well-deserving of another animated escapade. Not to mention, this amazing anime would be a real stunner if given modern art and animation techniques in the hands of JC Staff, who have had it exclusively under their care for over a decade. 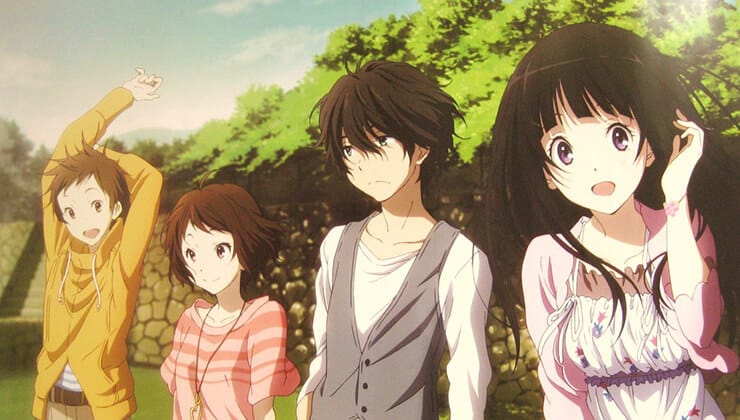 After finishing Hyouka I was wondering if a second season was possible, but I don’t know if it sold well or if there’s enough LN content. It is nice to get a second season because I felt that the last episode was so unsatisfying. Lately, a lot of old anime has got sequels. Jigoku shojo, Overlord, and a reboot of Kino no tabi. So stay positive. 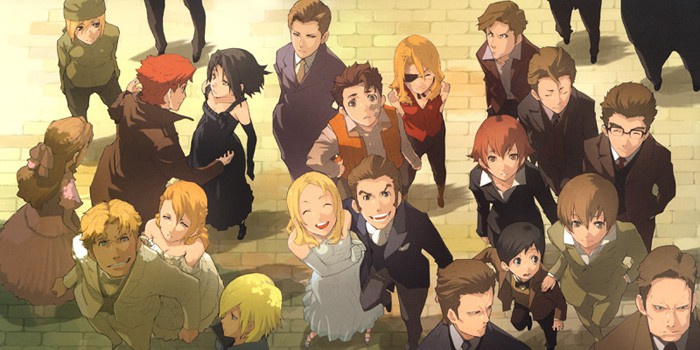 Baccano! is an extremely enjoyable show that has a full cast of wonderfully colorful characters. Everything from the theme to the setting and plot can keep you engrossed for the entire thirteen episode run. This show Actually has the best shot out of all the shows I’ll be mentioning to get a sequel. I don’t think you need me telling you how good this series is. It’s a very popular and well-received show even to this day.

1. The Melancholy of Haruhi Suzumiya

The Melancholy of Haruhi Suzumiya has been on hiatus for the past six years! So far, the last novel is titled The Surprise of Haruhi Suzumiya, and it was released in May 2011. This is honestly one of the few series out there that deserves continual sequels. Great storyline, great characters, and great entertainment value. The author note stating that the volume was not going to be the final story, and teased in 2013 that he had ideas for a new story. It’s 2017 and we haven’t heard word on a Season 3. I really hope for a third season. So stay positive.  And furthermore, my friends are dying to watch the season 3 of this show.

Advertise with us
956
likes / shares
FacebookTwitter

The Devil is a Part-Timer! Season 2 Releases Promo Video