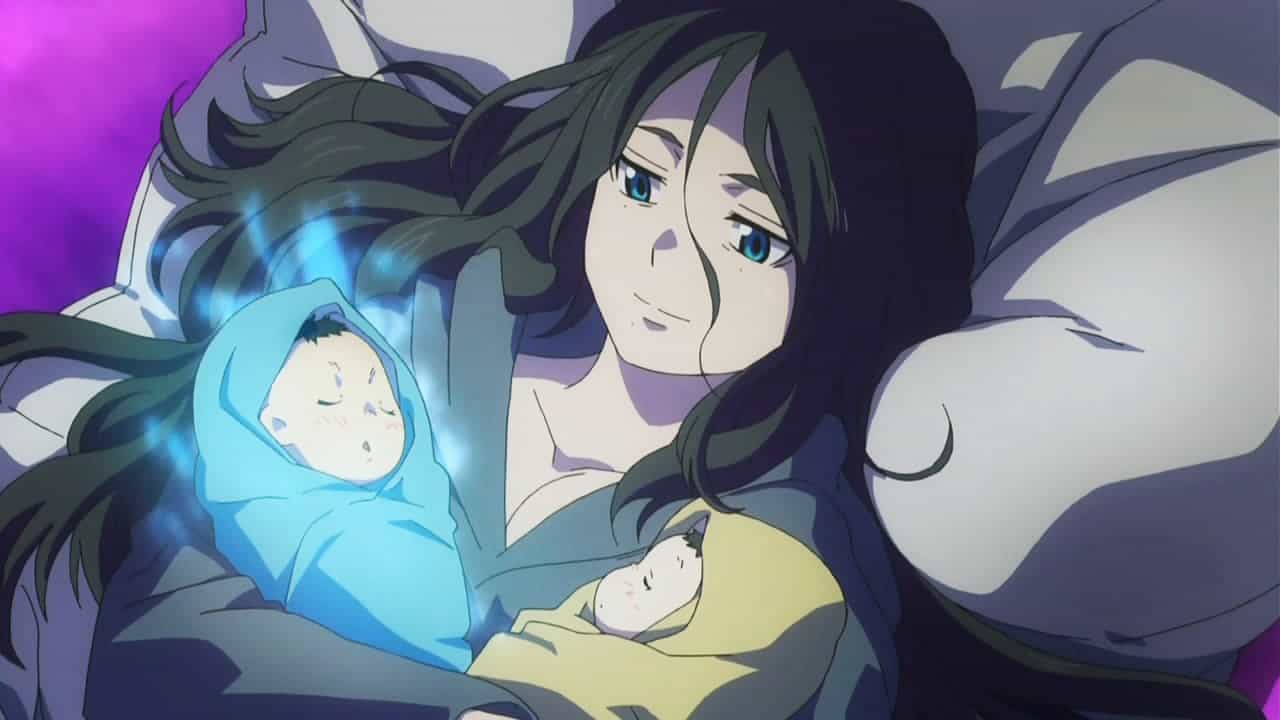 Here’s What the New Dragon Ball Anime Will Be About

Top 10 Adorable and Amazing Mothers in Anime(Mother’s Day Special). Mothers are the center of our universe. Whether they were tough, caring, or apathetic, they will always be the joy. Mothers in anime play a big role; Anime mothers portray a wide spectrum of characteristics. Whether they’re tough as Hitler or as loveable as a Mother Teresa, they indulge a great deal of affection for their children and family and are usually the sole breadwinners of the family.

Here’s a list of some of the most outstanding anime mothers.

if your super Saiyan dad is afraid of her. Chi-chi is a strong and stubborn mother, who won’t take no for an answer and who worries more about the education of her child and the safety of her husband as opposed to the destruction and survival of the planet. 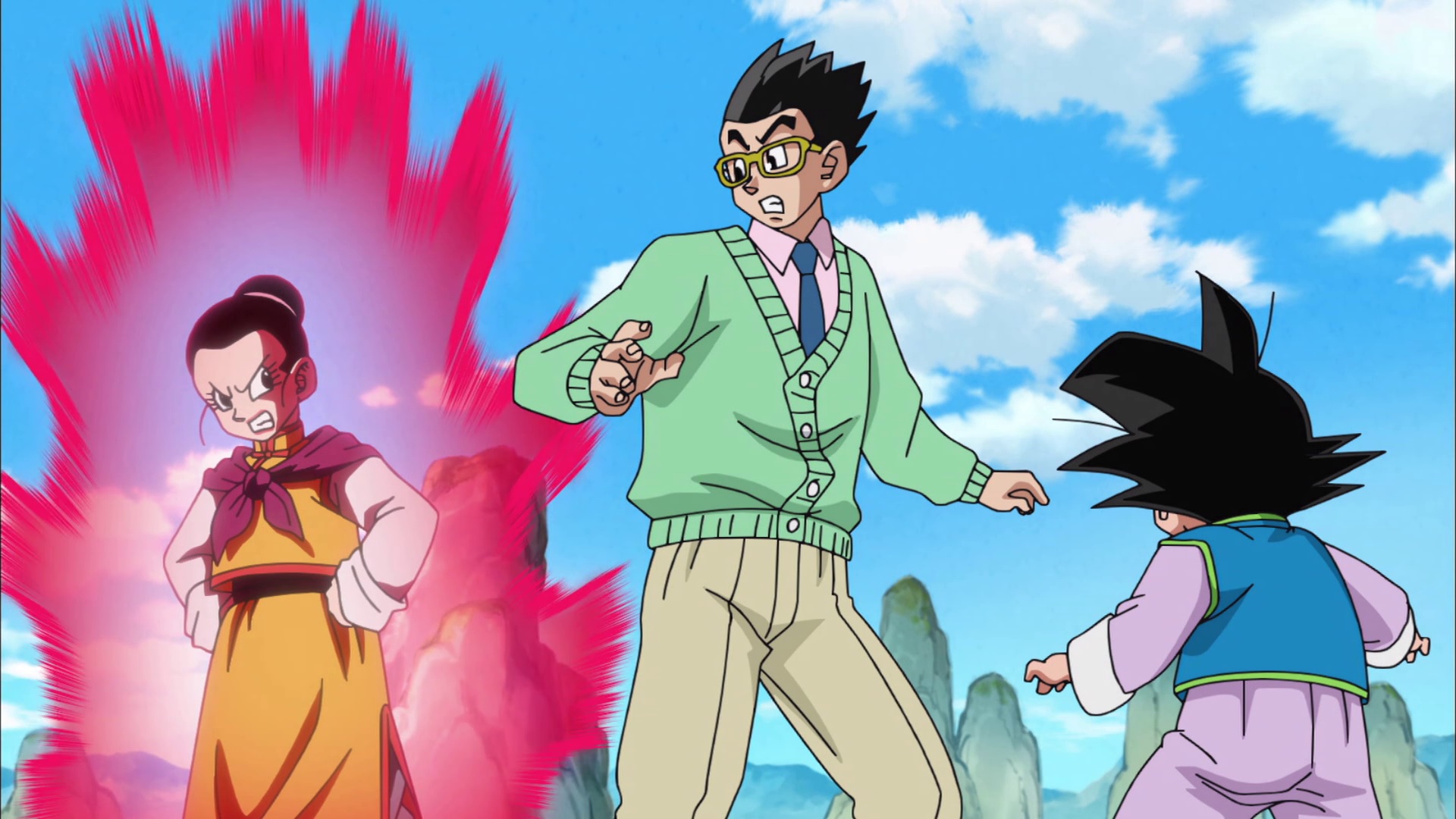 She goes through every means necessary to stop her son from following in his father’s dangerous footsteps, grounding him on every occasion. But her intentions are pure, as that of a true anime mother, with only the love for her sons and husband filling her heart.

9. Mari Katsuragi from The World God Only Knows

Mari Katsuragi portrays such a sweet mother. She lives up the example of a caring, loving mother who you count upon. So protective of her family. 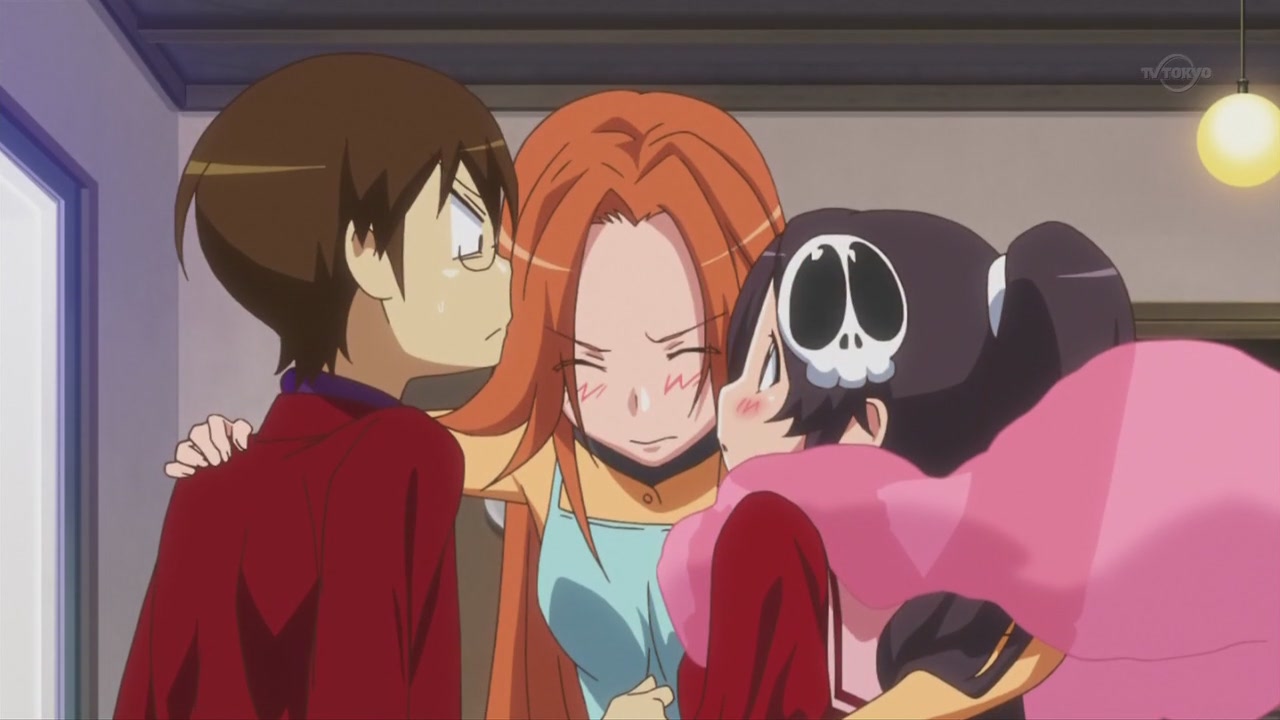 Doing her best with what she has, Mari plays such a hardworking person that runs a café. As well as takes care of her Otaku son that seems of no use to the society, which says a lot about her.

You must definitely know about the Elric brothers’ mom, Trisha. Although she does not get much screen time, she’s very important to the story as her death is the reason Ed and Al’s adventure begins. Trisha is a very optimistic and cheerful woman, who believes everybody can change for the better. Even after Van Hohenheim left her and the boys, she still loved him dearly. Eventually, she takes ill but still tries her best to take care of the two kids. She succumbs to the illness and leaves the two children behind. But the kids love her so much that they undergo a forbidden ritual in an attempt to bring her back, losing their body and limbs. It says a lot about a mother when her children are willing to do all that for her.

Sachiko Fujinuma has won all our hearts. She is a mom anybody can look up to. Having worked as a news anchor, she has a keen eye and notices any odd things in the environment.

She’s also very supportive of her son, the protagonist Satoru and helps him in any way she can.

Yasuko is the single mother of Ryuuji, the protagonist of the series. Initially, it appears like she’s a horrible mother. Ryuuji takes care of all the household chores whilst she comes home late each night and immediately goes to sleep. Yasuko Takasu seems like a very irresponsible mother that cares less for her kid. 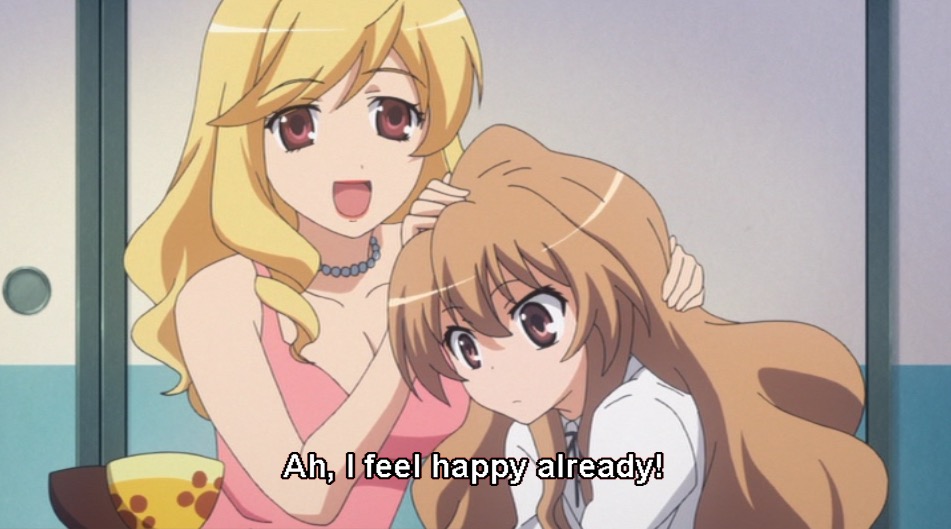 After the death of her husband, she took it upon herself to raise her kid and do anything just to provide him with what he asks for. That is the symbol of a caring mother who does everything and sacrifices all and above just to please her kid.

Bell- mère is a retired marine who has relegated herself to staying on a quiet island with a small peaceful village residing on it. She grows tangerines whilst raising her two adopted children Nami and Nojiko.

One day, Arlong and his crew came knocking at her door, collecting money. She confronted him that she has none. Her frank answer cost her life. She was shot down to the ground in front of her two children’s eyes.

4. Michiko Malandro from Michiko and Hatchin

If you have not heard of Michiko, you really should. Michiko Malandro is a self-ruling, glamorous and pompous young woman. Oh, she’s also an escaped convict. But don’t let this fool you, she’s also a skilled fighter and deep down is very passionate and tender. 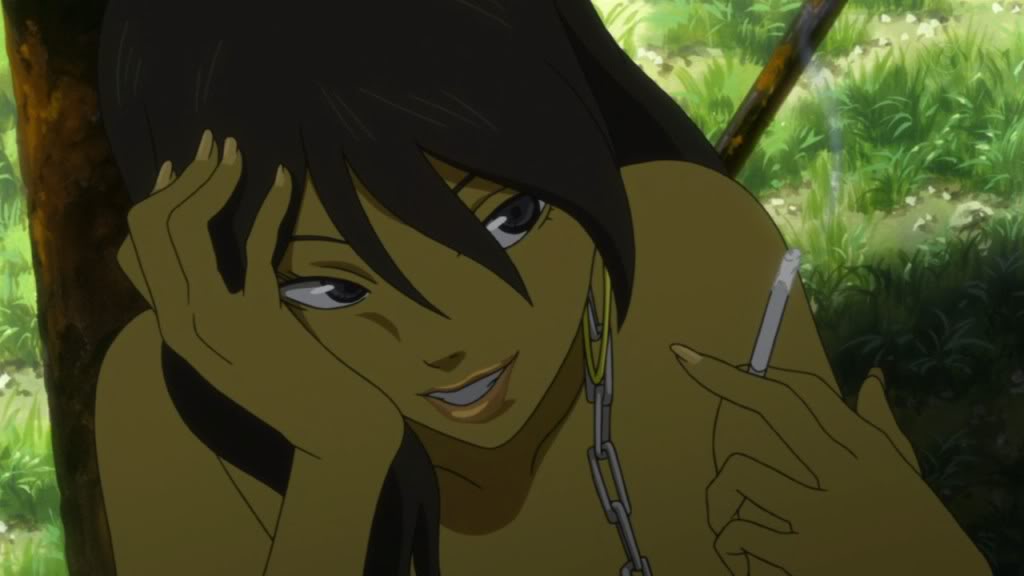 Some might even say Michiko is rude, arrogant and crass, however, Michiko is so much more. She rescues Hana, who she believes is the daughter of the love of her life. Together, they go on an adventure to find the man.

Who does not know Kushina Uzumaki? The only reason after the birth of the great, the most loved, and the girl’s heart-taker Naruto Uzumaki. Kushina is the role model for what a mother should be, should have. She cares enormously for her husband, but especially for a kid even before he has yet to be born. 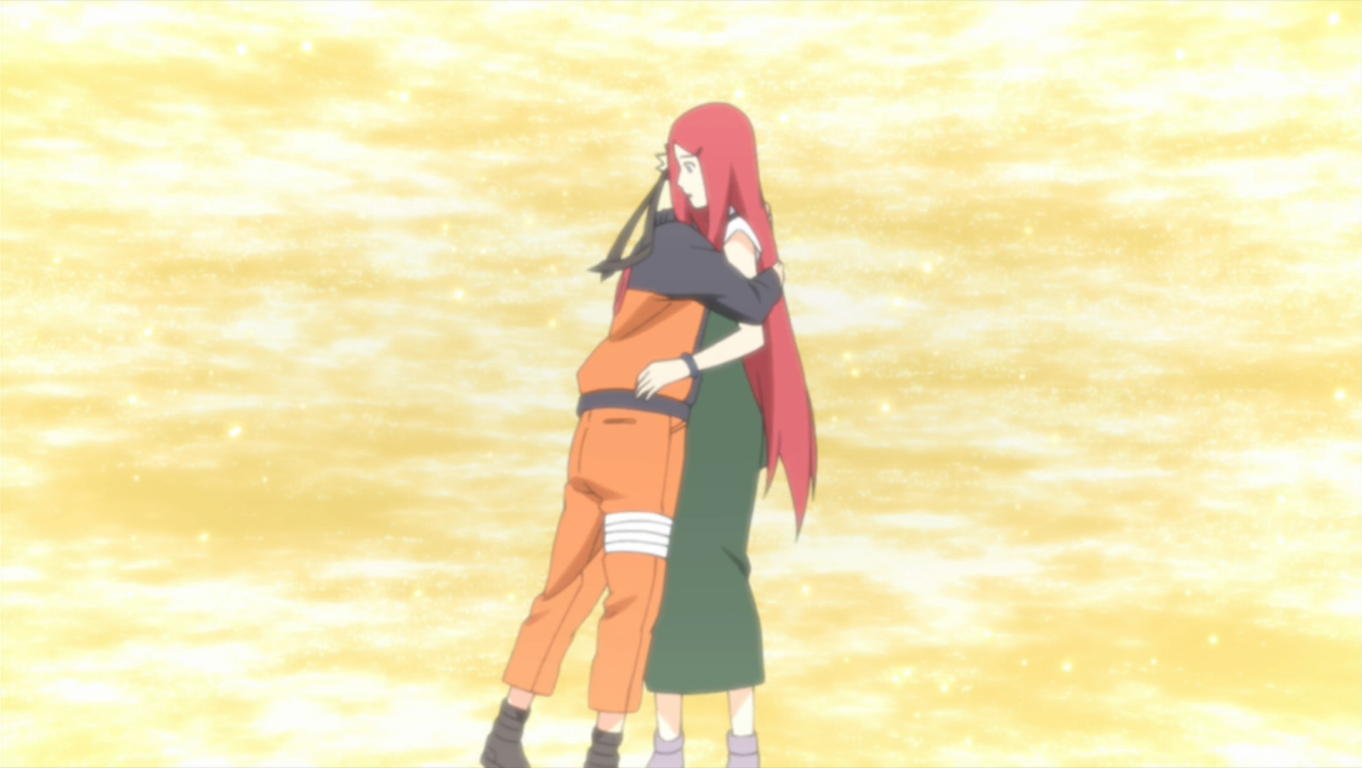 She showed such real affection towards him after his birth that she gave up her own life to save him from the nine-tailed fox. If that wasn’t enough, she seals her SOUL in his body in order to give him guidance with the Kyuubi when the time is right, as well as to provide some of that motherly love that Naruto has lacked throughout his life.

Sanae Furukawa is the mother of Nagisa Furukawa and the wife of Akio Furukawa. She doesn’t start out as the mother of the year. Like all people, she has her flaws, and her greatest was that she valued her work over her child a teensy bit too much. 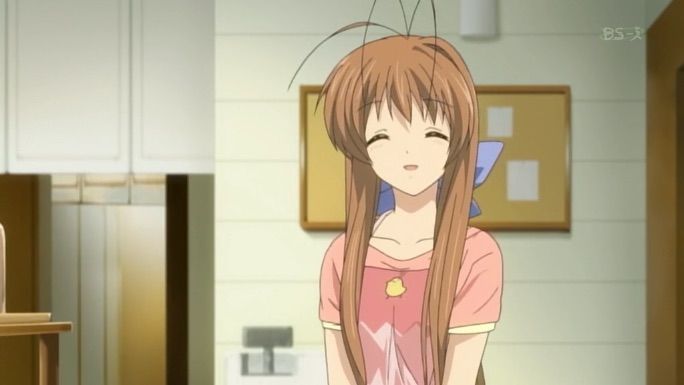 Besides all the problems that she had faced, she survived, keeping calm and strength. Sanae is sometimes also childish, hence she cries instantly if she’s hurt. Despite this, she can be very reliable. She works as a tutor and a baker and often has eccentric ideas about bread.

Despite becoming a mother to two half human, half wolf children at a young age and losing her beloved husband soon after, Hana bravely struggles to raise the two hyperactive and adorable kids. Although she’s left alone to raise them, she bears no resentment towards them and is intensely devoted to her children.

The journey of Hana throughout the film is a heart-warming, and heartbreaking one. Not only is she a single mother raising two children with barely any work qualifications, she has to raise two wolf children and hide their identities from the populace as well.

We hope you enjoyed reading this list! Have anyone else in mind you think should be on this list? Leave your suggestions in the comments below.

Advertise with us
1421
likes / shares
FacebookTwitter