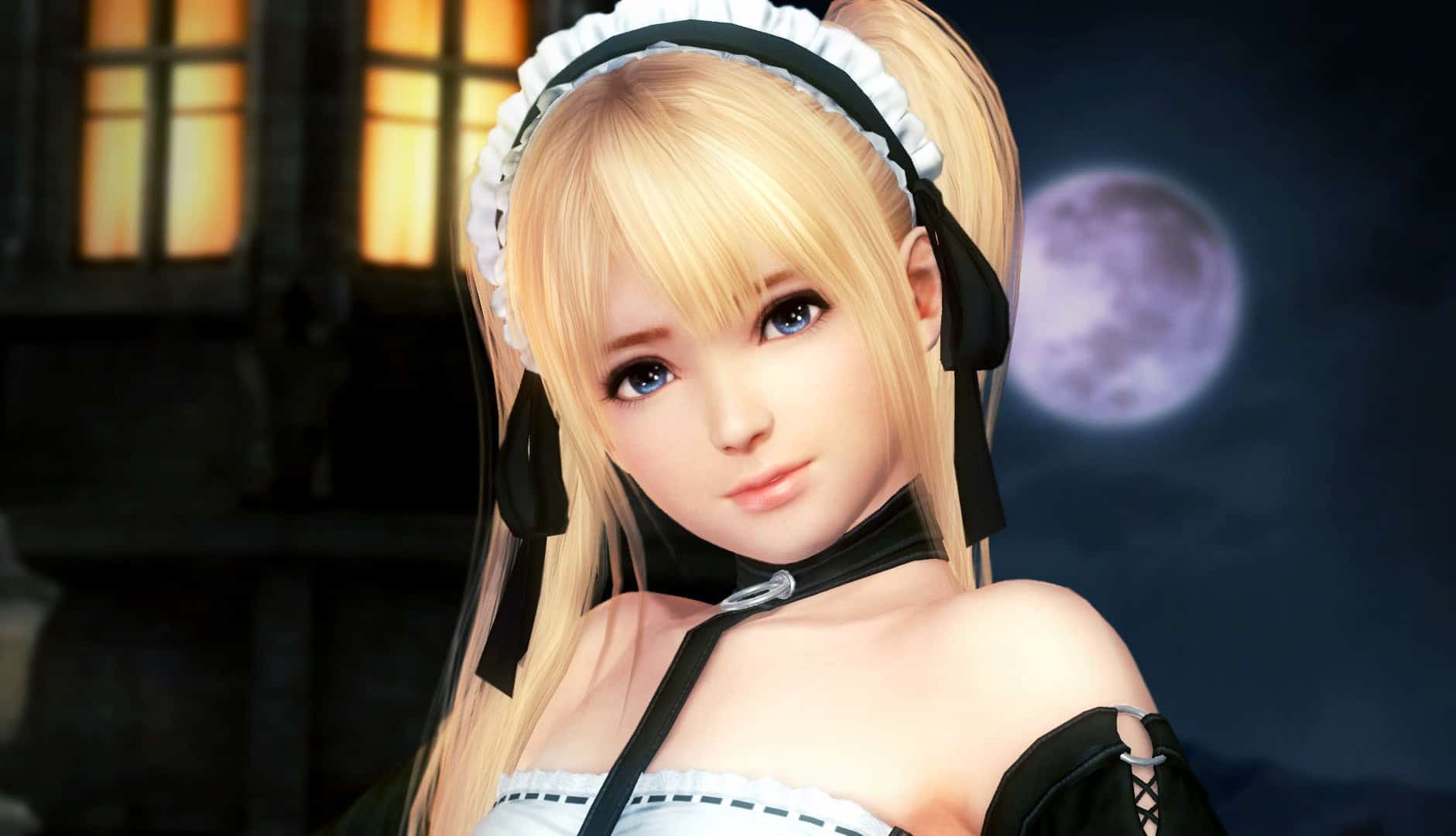 Most women in games today are as strong as their male counterparts. The fact that they have the same delicate and attractive features as certain Greek Goddesses is just a reality of the industry. Here is a list of the best female video game characters. 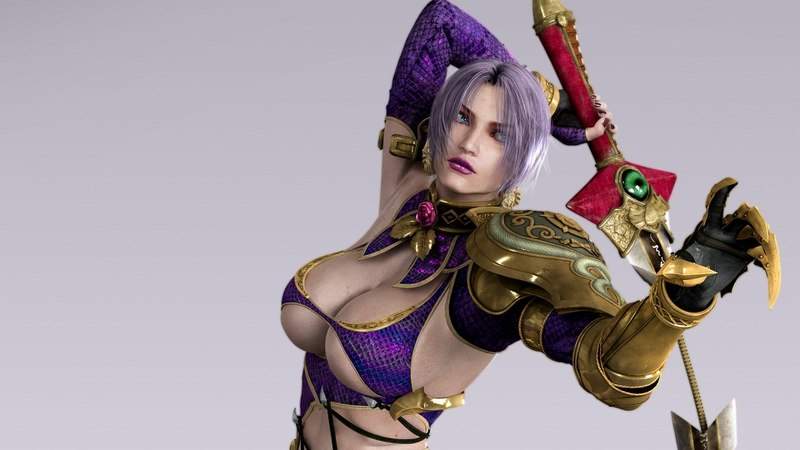 One of gaming’s hottest vixens, Ivy Valentine has always been the Soulcalibur series’ quintessential sex symbol. Scantily clad in a skimpy bikini top and thigh high leggings, she battles enemies with a whip blade in an extravagant fashion. 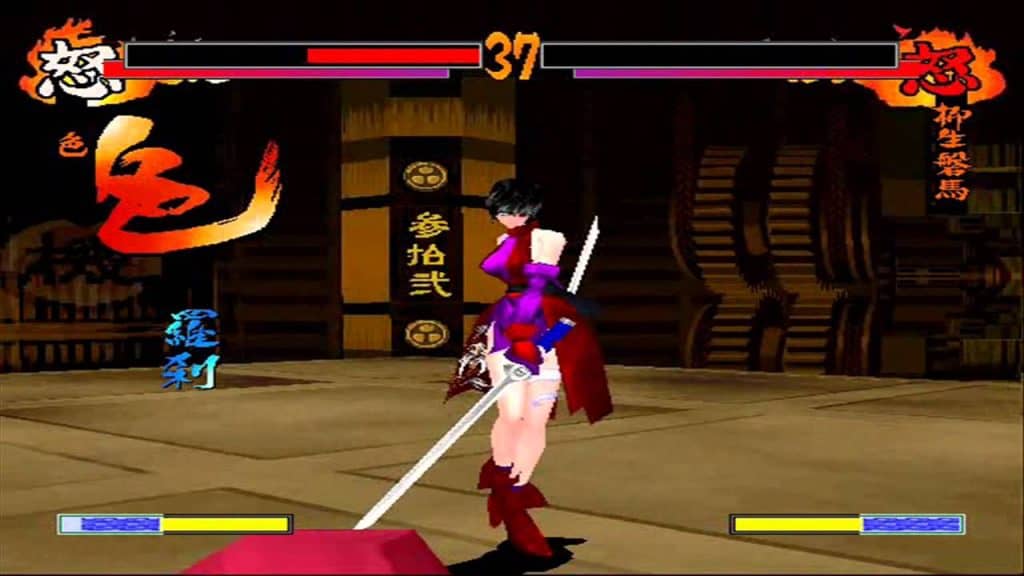 Shiki is one of the new characters introduced into the Samurai Shodown series in Samurai Shodown 64. Her Bust form in 64 Warriors Rage is referred to as Half-Shaded Shiki. She is a character who was made to appeal to the adult audience. A sad woman in her heart, she never understood what it is like to be a normal woman. 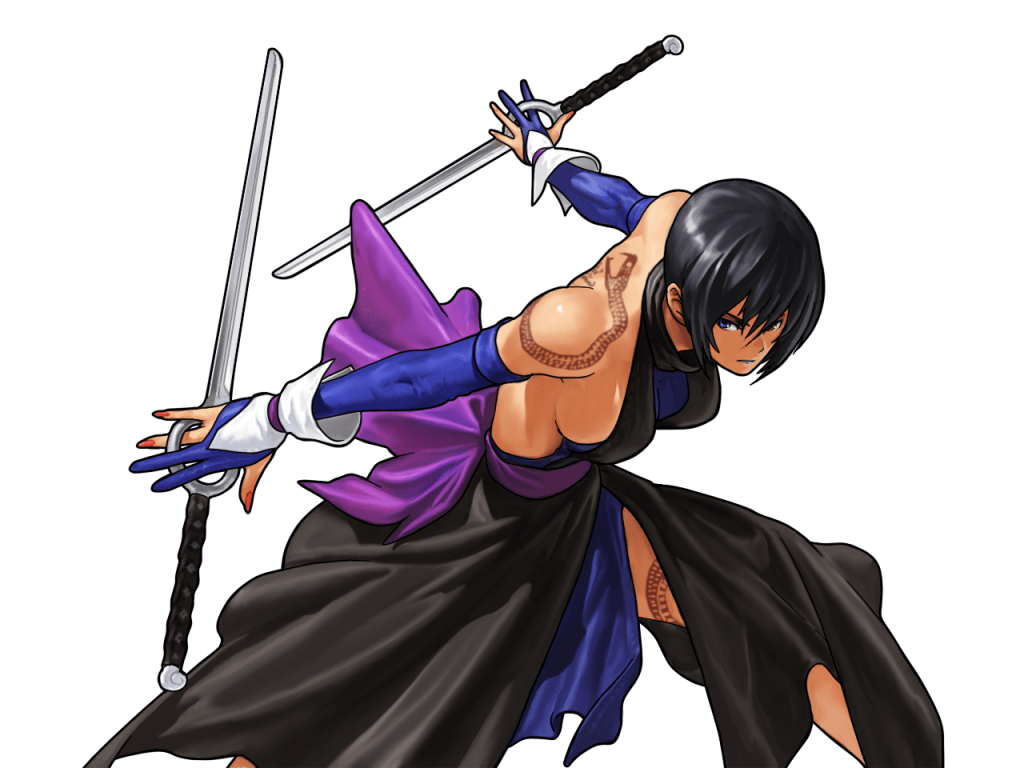 During her time with Yuga, she would give her body and soul to her master’s wishes.Her fighting style is focused in her twin katanas. She uses some unorthodox slashes and some kicks as well. Special moves from her Bust version are integrated into her Slash move set in her later, non-series appearances. Her swords are said to be crafted by the heart of the demon world and given to her by Yuga. In the past, several demons -including Mizuki- tried to get their hands on it. 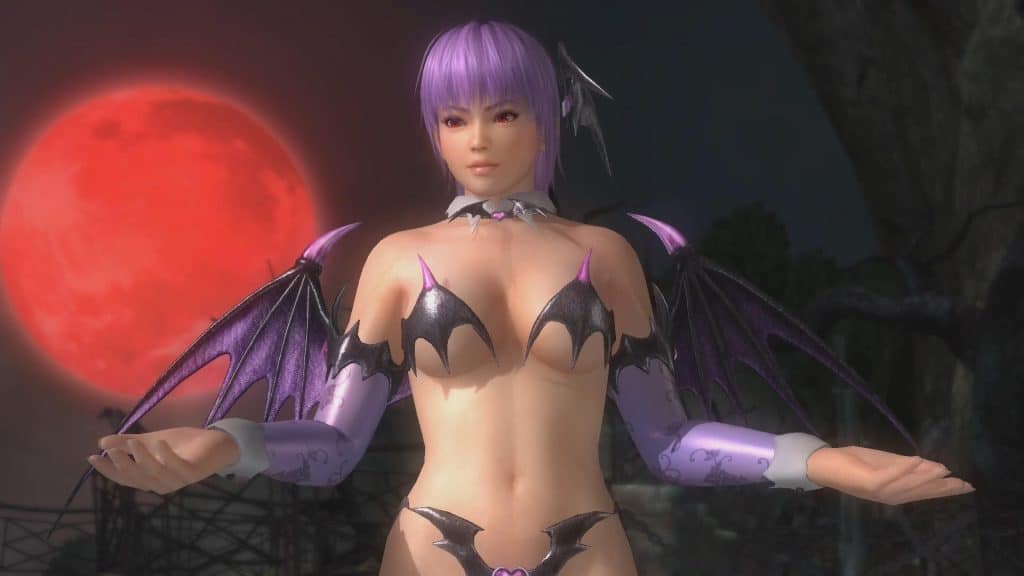 You could argue a case for almost the entire female cast of Dead Or Alive 5 and have an entirely valid point. However, maybe it’s her purple hair and accented Japanese dress that makes Ayane just stand out so much more from her counterparts. The half sister of both Kasumi and Hayate, the beautiful shinobi has had a dramatic past.

As the youngest girl in the series, Ayane sports a more slender and athletic build than the other fighters. Her red eyes, cut-to-her-nape purple hair, and ribbony red sash make for an eye catching combination. Add Team Ninja’s patented jiggle physics to the equation and you have a character that you can’t help but notice.

Yandere-chan is the protagonist and the main character of Yandere Simulator. Her goal in the game is to eliminate 10 rivals who have a special interest in Senpai. Yandere-chan has fair skin, black hair that is tied into a ponytail, and grey eyes. She is tall and has average-sized breasts.She’s seen wearing a white and navy blue uniform shirt with a red mini scarf, a matching navy blue skirt, black stockings and black shoes. Her uniform can be customized. In all uniforms, she wears her signature black thigh-high stockings.

Yandere-chan is, as her name suggests, a yandere; one who will go to any lengths, even murder, for her love. She suffers from a fictional type of insanity. Her behaviour does not perfectly match the definition of either a sociopath or psychopath.  But she is capable of actions that only a psychopath would consider taking. Overall, Yandere-chan is a blank slate whose personality is determined by the player’s actions and choices, but all Yandere-chans have the capacity to commit each of the possible actions in the game.

Yuna is a kind, loyal, honest, and polite humanitarian who strives to see the best in others and has a strong conviction to complete whatever task she feels is her duty. She is, however, naive, always believing the best of people, and often places the needs of others above her own, becoming apologetic when she feels she has let someone down.

Yuna doesn’t look overtly sexual but you know, it’s always the quiet ones you should look out for. The graceful demeanor can only mean one thing, inside is a wild, bad girl just waiting to summon some type of beast of horniness on the poor sap of her choosing.

5. Kasumi from Dead or Alive 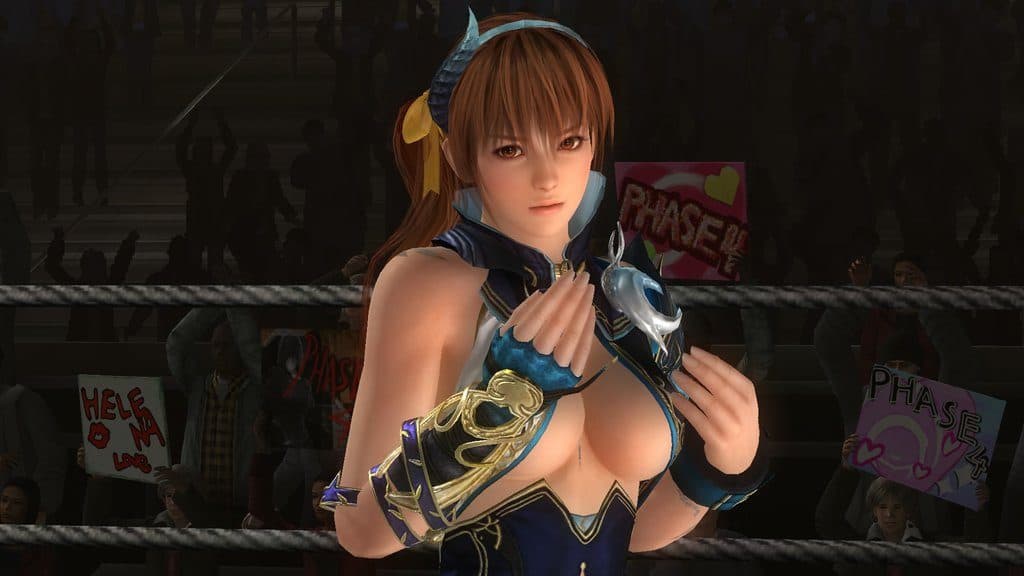 With the first game having been released back in 1996, the Dead or Alive series has been around for over twenty years. In that time, Kasumi has become something of a mascot for the series. As one of the series’ main protagonists, she’s gained a loyal following and is without a doubt one of the most recognizable women the game has to offer.

Her gentle demeanor, along with her kickass fighting skills, make her perfectly capable of putting a smile on your face or dropping you like a fly should the need arise. Of course, the Xtreme series has gained some attention due to its more… liberal dress code. With Kasumi making regular appearances in those games as well, it’d be hard for fans to find a reason not to like her. 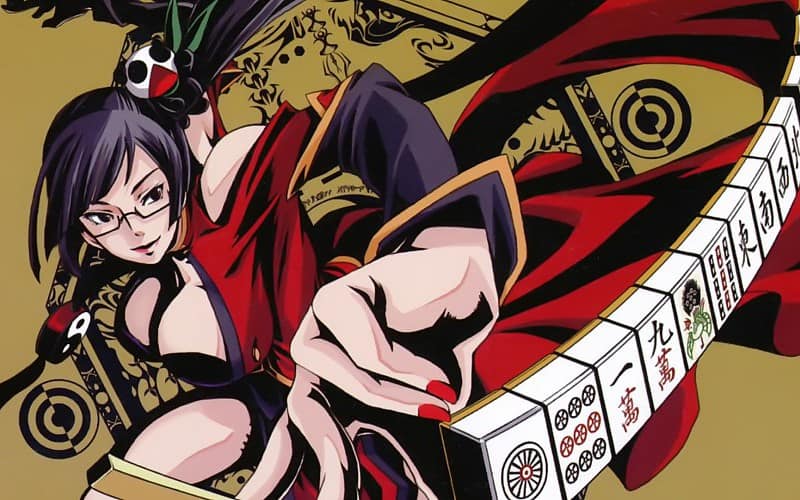 Litchi is a tall, young and attractive Asian woman with long black hair tied into a bun, pink eyes, pink lipstick, and large breasts.  She wears a stylish Chinese doctor uniform with long white sleeves, a yin and yang brooch ribbon, a red vest, and a skirt dress that exposes her thighs. she is a kind person who is willing to help those in need. 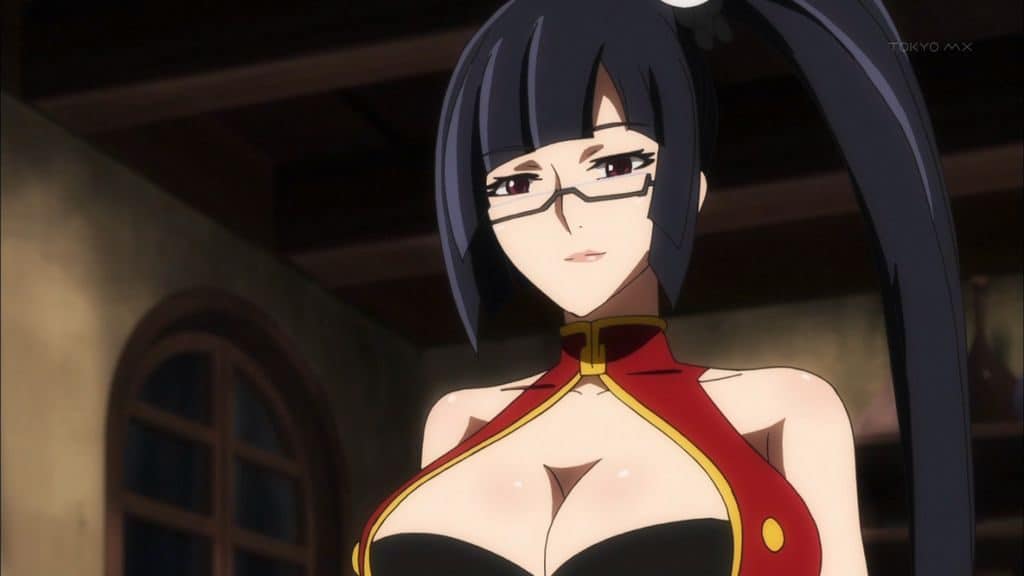 Litchi has the ability to mentally control her staff, Mantenbo, from a distance. Litchi herself is clearly skilled in martial arts, even without her staff, and is a skilled athlete. It is usually seen floating behind her and it will thrust forward as she punches and kicks before returning to its neutral position. She can also throw it so it lands, erect and upright, far away from her, and she can later make it fly back to her, twirling rapidly like a wheel so that it hurts anyone in its way. According to her story, she’s also a firecracker after a few drinks. A rowdy drunk with a medical degree sounds like a keeper! 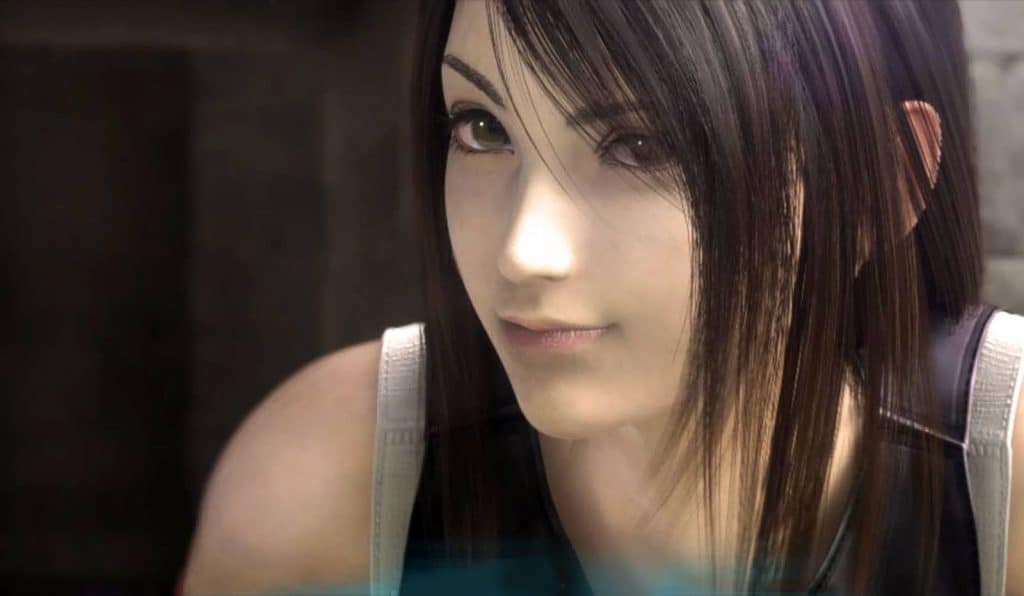 A short cut mini-skirt and a high-cut top accentuate her rather plain styling. She doesn’t have anywhere near as much flair as some of the other characters on this list. However, her curvaceous body, long brown hair and symmetric face all create a well rounded and lovely package. She doesn’t have to try to be sexy, and most of her attributes aren’t what you would only find in a game heroine. There’s something about her design that you could see existing in the real world, making her all the sexier. 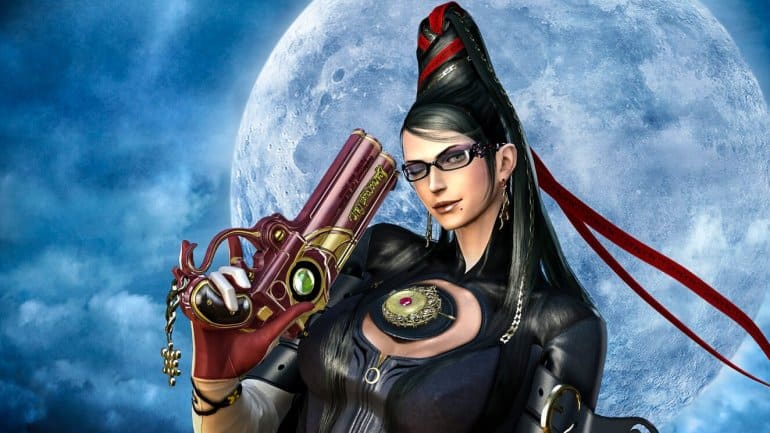 Witches are typically not at all pleasant to look at throughout fiction, at least not through natural means. Whether Bayonetta herself uses a bewitching spell upon her onlookers is up for debate, however. Wearing a skintight outfit that is comprised completely of her own hair, Bayonetta strikes poses that work to highlight her slender build.

Playfully tracing a lollipop with her lips and coquettishly staring into the camera spices up her already sensual performances. To top it off, she has no qualms about bearing it all for her victory. When performing an ultimate attack, she strips herself naked, unwinding her dress to transform her hair into whatever best suits defeating her opponent. If her looks could kill her enemies, Bayonetta would have no equal in leaving a body count.

1. Princess Zelda from The Legend of Zelda

she is wise beyond her years and intelligent enough to rule her people. She always wishes to do what is right for others and is extremely self-sacrificing. Though not always capable of defending herself or others on her own, she does not quit and tries to aid allies when she needs their help. She is also forgiving towards former enemies even when they have harmed her in some way.

Associated with the Goddess Nayru and the Triforce of Wisdom, Zelda possesses keen insight and good judgment although this does not always avail her in eschewing capture. Most of Zelda’s incarnations are additionally gifted with innate psychic or magical potencies, such as telepathy and precognition. Albeit her gamut of abilities has yet to be revealed, Zelda has demonstrated the ability to cast spells, engender or annul barriers and seals, and shoot a bow.

Additionally Zelda is also a capable military commander in Hyrule Warriors and can manipulate light-based magic energy to create balls of light or a triangular field of light that causes light energy to erupt from the ground.

Did you enjoy the list? Did we miss out on any of your personal favorite characters? Let us know in the comments section.