The Medium: How Fixed Cameras Ruined the Game

The story centers on a high school student, Katagiri Yuuichi, and his circle of friends. They are just your ordinary group of friends, hanging out with each other and constantly dealing with everyday high school life.

One unfortunate day, Katagiri Yuuichi and his friends receive mysterious letters asking them to meet up. They all complied and went to see each other. However, all hell breaks loose when they get ambushed and knocked unconscious.

Upon waking up, they all realize that they are inside a mysterious room alongside “Manabu-kun,” one of the characters from a canceled children’s show. To the surprise of everyone, Manabu-kun requires them to play a survival game he calls the “Friendship Game” to pay off a huge debt. He also informs everyone that one of them indirectly gathered them together, perhaps telling the group that one of them is a traitor.

The Friendship Game will run a series of games that will test their trust and bond with each other. As the story goes, Yuuichi needs to identify who he can trust among his friends, despite everyone’s secrets and betrayals.

Entangled in a game of money, it is up to Yuuichi to decide which matters most: money or friends. 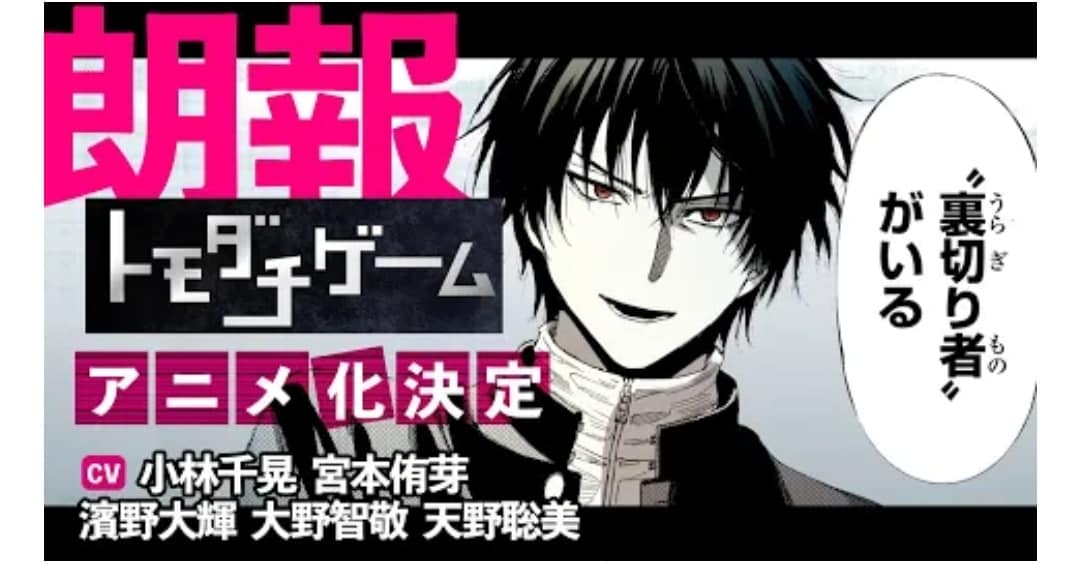 Coronavirus Effect on Anime and Gaming

Tomodachi Game‘s animation production will be handled by Okuruto Noboru. Meanwhile, Hirofumi Ogura will direct the show. On the other hand, Kenta Ihara will provide the series composition.

Hiroto Morishita will be the sound director. It was revealed that Nana Mizuki performed the opening theme song, “Double Shuffle”, for Tomodachi Game.

Are you excited about this survival anime?