Another anime, manga, and gaming convention affected by Covid-19! Organizers for the Tokyo Comic Con 2021 event have announced that this year’s edition of the convention has been canceled due to the new coronavirus disease (COVID-19).

The event was to be held at Makuhari Messe Event Center from December 3 – December 5.

MORE ON THE CANCELLATION

Tokyo Comic Convention President, Mitsuaki Munegumi, in his statement, had this to say, “In consideration of the health and safety and health of visitors, performers, and related parties, Organizers have decided to cancel the event due to the impact of the spread of the new corona infection.”

Tokyo Comic Con began its yearly conventions in 2016, and following the effects of the coronavirus pandemic on the industry, the convention followed various other convention events in holding an online event last year for Tokyo Comic Con 2020.

Event organizers have apologized for the cancellation in their statement, commending everyone, both fans and guests for preparing hard for the convention. They stated that they needed to prioritize health and safety hence the difficult decision had to be made.

The statement continued, “Tokyo Comic Con has been popping every year since the first in 2016, providing communication with famous overseas actors and famous artists, props used in movies (exhibition and shooting of props, places for cosplayers to interact with each other, etc.). As a cultural festival, we have been enthusiastic and impressed by the fans every year.” 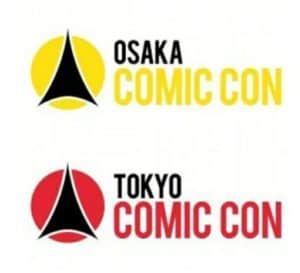 The staff then announced that they will hold Tokyo Comic Con 2022 next year, as well as the first Osaka Comic Con.

This is very disappointing but there’s always next year.