CloverWorks announced that it is producing a new original television anime series titled Tokyo 24th Ward (Tokyo 24-ku) that will debut in January 2022.

The show is a new anime from director Naokatsu Tsuda (of JoJo’s Bizarre Adventure) and it’s being produced by CloverWorks.

The trailer itself is only a minute long, but it does manage to introduce the three main characters: Ran Akagi (voiced by Yuma Uchida), Koki Siudo (Kaito Ishikawa), and Shuta Aoi (Junya Enoki).

Based on the trailer (below) and the character artwork, it looks like the green-haired character is the nerdy, uptight “Donatello” of the group, the redhead is the wild, wacky “Raphael” type, and their blue-haired leader is donning the color and personality of the “Leonardo” archetype.

The anime takes place on an artificial island floating in Tokyo Bay, named “Kyokutō Hōreigai Tokubetsu Chiku” (Far East Special District Outside of the Law), nicknamed “24th Ward.” The manga centers on three childhood friends born and raised on the island: Ran, Koki, and Shuta. The three have different social standings, hobbies, and personalities, but they are always hanging out together. But their relationships will change dramatically after a certain incident.

At a memorial ceremony one year after the incident, the three happen to meet again, and all of their phones start to ring at once. The phone call is from a friend they thought was dead, urging them to “choose the future.” Each young man will believe in their own way of doing things to protect the future of the people of the 24th Ward. 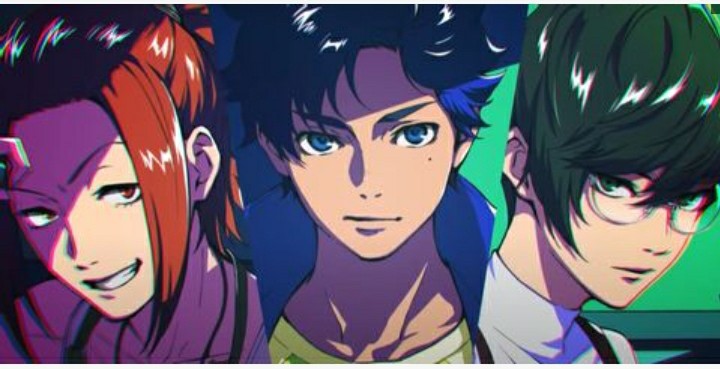 It is an original anime, and with original anime, there is no source material so fans can’t really know what to expect. But you can reference the anime’s official website for more information and updates. Will you be watching this anime when it airs in January?