Ascendance of a Bookworm Season 3 Confirmed

July 18, 2020, it has been a year since the deadly arson attack to KyoAni that resulted to 36 lives perished and 34 injured (including the culprit). With the arrest of the suspect last May, the animation company and the bereaved families of the victim continue their crusade for justice.

A year ago, Shinji Aoba, a 41-year-old man, armed with five knives, a hammer, a lighter, and 40 liters of gasoline, walked into the Kyoto Animation building at 10:30 am and set it on fire. There were 70 people at the time of the incident. After the incident 36 people died with 34 injured (including the suspect himself).

A video commemorating the victims of this tragedy was streamed and uploaded on KyoAni’s official YouTube channel at 10:30 JST on July 18, 2020. Eventually, the video became private. In order to keep the immediate community undisturbed, the memorial service solemn, and also as a protocol against the ongoing pandemic, KyoAni asked people to avoid forming groups within the vicinity of the site. Though, some people are seen offering prayers outside. 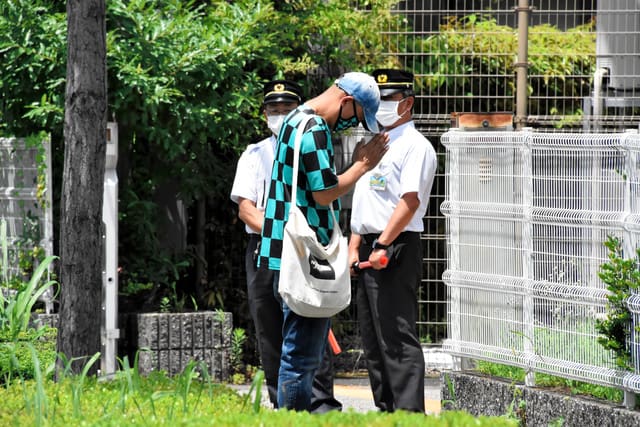 Right after the incident, the culprit tried to escape from the pursuing studio staff only to be captured by the police. He was afflicted with third degree burns and eventually admitted to a hospital. There, he admitted that he himself started the fire because he accused KyoAni of “plagiarizing” his novels. It was later find out KyoAni did received a draft novel from the suspect, but it didn’t even made to the first-stage assessment. His work is eventually forgotten and its content have no similarities to anything the animation studio have produced. 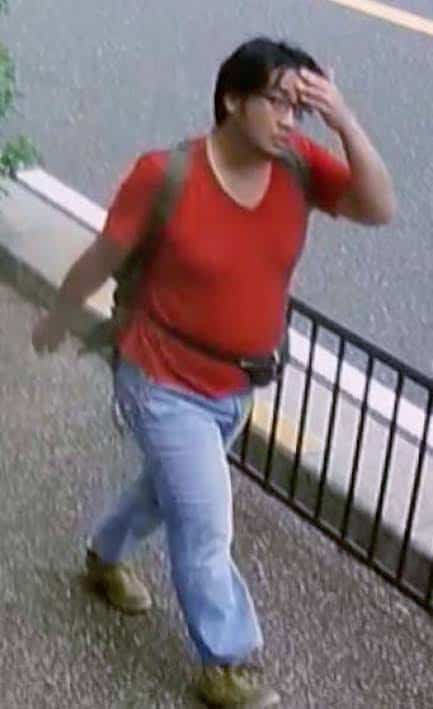 Shinji Aoba caught on security camera last July 16, 2019, a couple of days before the arson attack.

Courtesy of Kyodo News, taken from a security footage

Due to his injuries, his warrant was “suspended” until May 27, 2020, the day he was judged sufficiently recovered from his burns. On that day, he was formally charged of multiple counts of murder, arson, and other charges.
It took this long for him to be charged because under Japanese law, the police can issue a warrant only single time for a crime. There will be no second time. There is only a maximum of 23 days for holding a suspect in custody in order to reach a decision whether to indict the culprit or not. Because of his injuries, the process will not be able to proceed, so they have to wait for him to recover. If they did push it forward, with the suspect not able to talk at that time, they have to release him after 23 days. After his release, he cannot be arrested for the same crime again. Hence, this is why they have to wait for 10 months.

With how horrid his crime is, a capital punishment is expected, but because of his “mental conditions”, this might be mitigated to life imprisonment. Yet, footages and witness accounts pointing out that he had been wandering around the studio days or even weeks prior and how prepared he was during the arson, the prosecution may have the chance sweep “his excuse” away. Previously, he robbed a convenience store at Ibaraki on 2012 and jailed for a couple and a half years.

For the compensation of damages, unfortunately, KyoAni and its victim can only demand it from the arsonist. They can’t legally demand that to his family or anyone close to him. Meaning, if he is unable to pay, they can’t do anything about it. 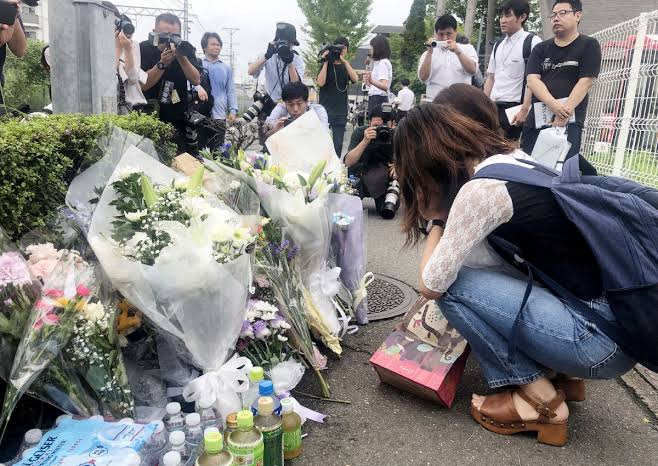 Courtesy of Asia One

27 of the 33 surviving injured victims returned to their work after months of recovery with the remaining victims asked for an extended break in order to overcome and cope with their trauma. In order to maintain space and privacy for the victims, their families, and the company itself, they asked everyone, through an official statement, to approach the police or their lawyers for further inquiry of the incident. The demolition of the building was finished on April 28, 2020 with no further plans for the site revealed at the moment.

With a series of donations continuously pouring for the victims and KyoAni in order to regain their footing, the Japanese government passed a measure in order to tax-exempt these contributions. 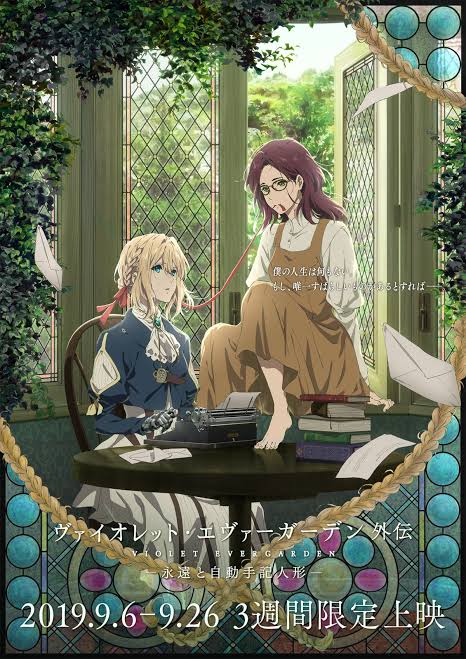 The 11th Kyoto Animation had been suspended last year due to recovery efforts. Though, they continued training programs for aspiring animators. The ones who are deemed outstanding will be recruited for the studio after further examinations.

With KyoAni recovering, the 2020 Free! movie was cancelled. Meanwhile, Sound! Euphonium collaboration with Keihan Main Line and the 4th episode of BEM were delayed. Even David Production’s Fire Force’s 3rd episode was delayed for a week with the changes of color in fire and the narration modified.

Despitet premier of Violet Evergarden Gaiden on Germany last August 2019 and shown in Japan the following month, the movie following it, which was originally scheduled to be released this January, slated to April. And yet, because of the CoVid 19 pandemic, it is once again rescheduled to September 18, 2020. For the 2020 Paralympics, which is now rescheduled to August 2021, KyoAni withdraw the episode that it is producing for the Animation x Paralympic.

Recently, one of the lawyers of KyoAni and victims published a message:

Today, we would like to extend our condolences to the bereaved families as we hold a memorial service a year after that incident.

We think that incident is really unfortunate for our dearest ones, who sincerely worked hard with the animation company, and as well as for us, who were left behind and still grieving. The sadness, loneliness, and regret are beyond us to bear. But first, we would like to thank the people who supported us through this ordeal.

That morning, a lot of people from the neighborhood, firefighters, police officers, medical personnel, and other people around desperately tried to help, rescue, and save lives of our beloved family members. We would like to express our deepest gratitude for your hard work and efforts.

After that incident, many people across all of Japan and even around the globe expressed their condolence and great support for KyoAni and its victims. With the sheer amount of help from everyone, we are once again reminded that the company and the projects that they worked hard for are widely and deeply appreciated.

In addition, for the people, including friends and acquaintances of the victims, that lends a shoulder to cry on and comfort the bereaved families after that tragedy. We thank you very much.

The affliction of that crime caused too much distress for us. Several fundraising activities have been formed aiming to help the victims and their family. We are deeply grateful for the people who became a part of it.

To be honest, we would like to thank everyone with our own voice. Yet, we are not yet ready to face everyone because of how grief-stricken we are. However, we are writing this to thank you this July 18th, a year after that incident.

36 people have passed away and many people mourn for them. Each one of them remembers their beloved one on their own, trying to overcome the pain and sorrow with each other’s help as much as possible. Now, we want to share time with just our families, friends and colleagues, and pray in peace. We appreciate to keep everything solemn.

We believe that justice will prevail in the future. And we also strongly hope that such tragedy will never occur again.

We were living and enjoying time together for years, and in just a day, everything vanished in thin air. It is regretful how we weren’t able to say goodbye to them. Everything is absurdly suddenly.

However, we think that they might have been watching us from the heavens. We will continue to support and remember their legacy on KyoAni.

Thank you very much.

TN note: this is a rough translation from a message titled “To Everyone”

Disclaimer: This article and any content relating to aforementioned topic is 100% my personal thoughts and opinion and not presented as fact or claims. The views expressed in this article do not necessarily reflect the official policy or position of UltraMunch. Any content provided are not intended to malign any religion, ethnic group, club, organization, company, individual or anyone or anything.

Advertise with us
285
likes / shares
FacebookTwitter