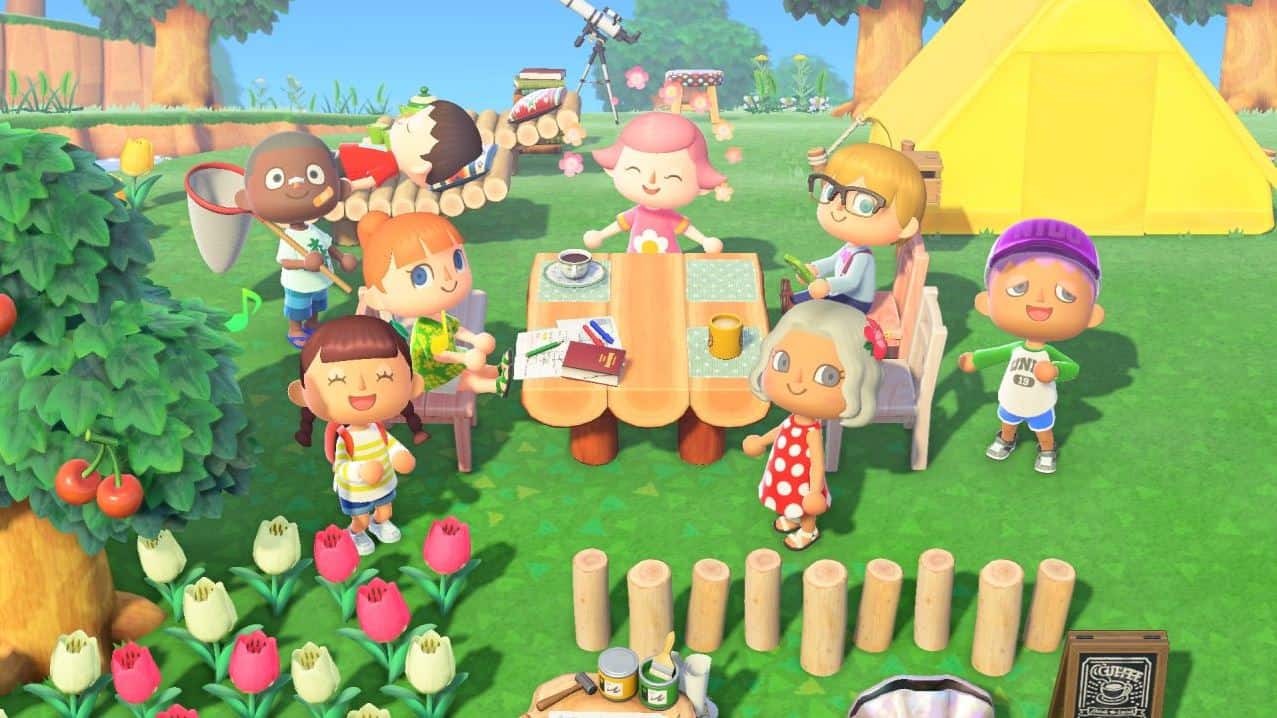 The Promised Neverland Gets Live-Action Series at Amazon

Having spent nearly 400 hours on the latest Animal Crossing title (yes, I really do have that much free time), I can safely say that this is easily the most difficult game in the series to truly master. Between exploring Nook Miles Islands, creating hybrid flowers, and making sure you have plenty of spare tools on-hand, there can be a lot to pay attention to in order to truly create your own island paradise. So below, I’ve compiled a small list of tips and tricks that’ll make your island vacation all the more enjoyable! 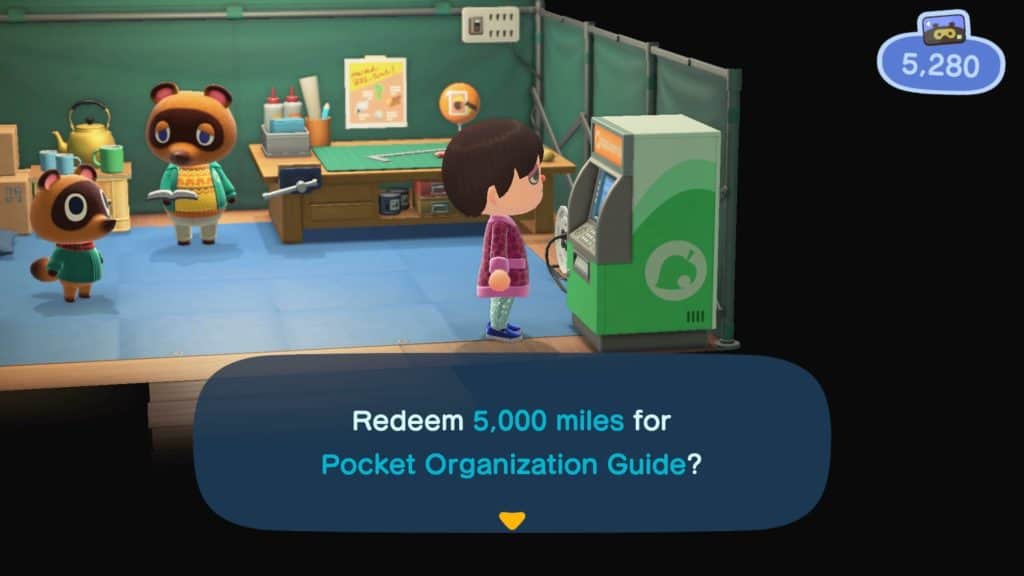 Returning players of the series will notice that you’ll start with 20 slots in your inventory, a slight increase from the 16 players were originally limited to in previous games. However, you should spend much of your time early on raking up Nook Miles to redeem for more pocket space! You can buy two upgrades for your inventory, totaling 40 spaces! You’ll be able to carry more fish, bugs, fossils, and furniture than ever before! While some of your items may stack, like crafting materials and shells, but you’ll want plenty of space for all your tools and any gifts for your friends.

Pay Off Your Debt ASAP 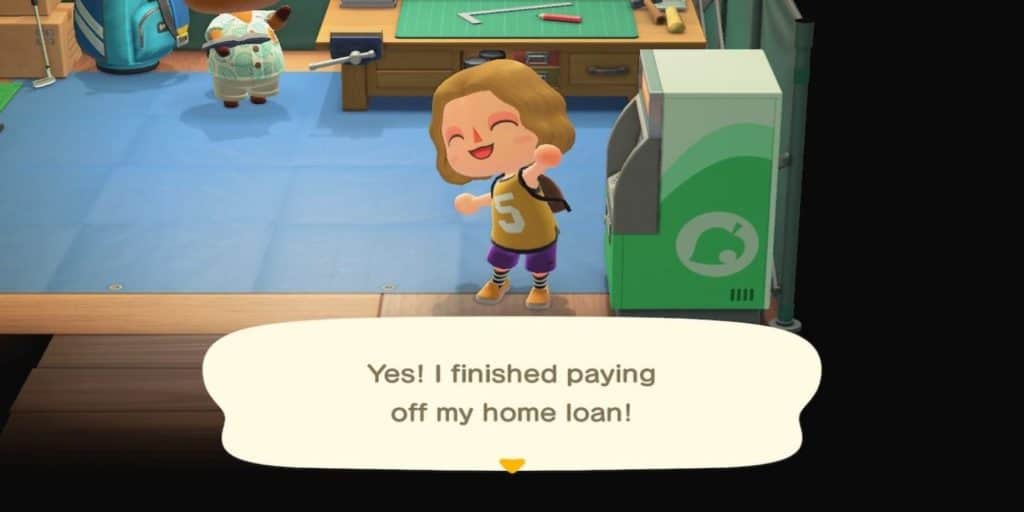 Thankfully, Tom Nook is a merciful loan shark and gives you as much time as you need to repay your home mortgage. But while’s it’s nice to have to deadline on paying off your house, you’ll want to do so for a number of reasons. First, and most obviously, Nook will increase the size of your house, adding on various rooms, a basement, and even a second story, giving you a ton of space for all the furniture you’re bound to hoard. With every addition, you’ll also unlock more customization options, including exteriors, doors, and mailboxes, allowing you to make your cozy beach villa or pristine fairy tale lodge. Most importantly, however, every new room will increase the storage space available in your home, eventually allowing you to have up to 1600 individual items stored away at a single time! With all of the crafting materials, home furnishings, and clothes you’re going to collect, it’s probably a good idea to get started on making sure you have enough space for it all. 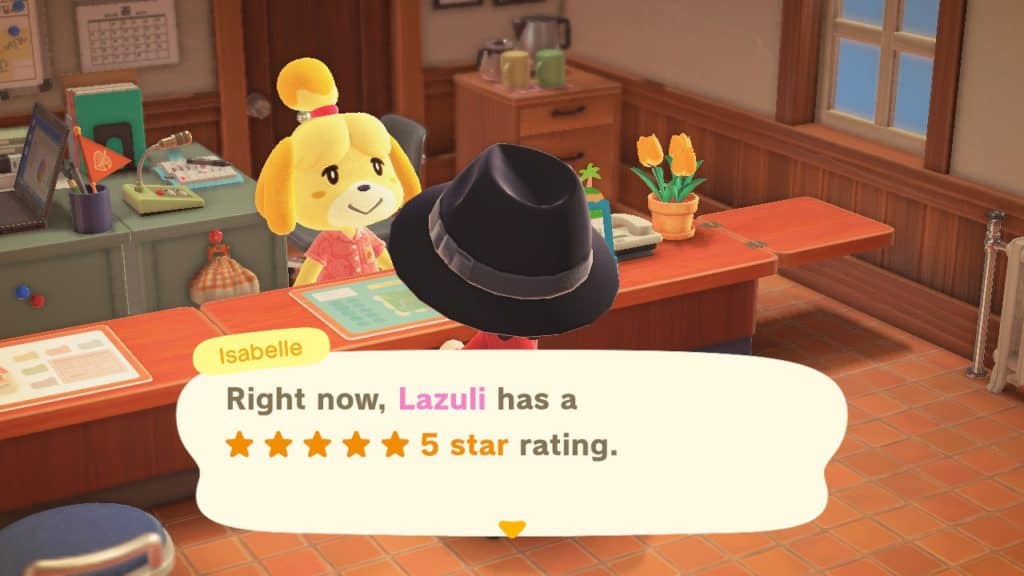 After you’ve settled in, made your home cozier, and invited a couple villagers to live with you, an upgraded Resident Services building will replace the tent in the plaza. To help him with the increasing affairs of running an island, Tom Nook invites Isabelle to work with him. Veterans of the series should recognize Isabelle as the perky secretary who assisted mayors in Animal Crossing: New Leaf. One of her functions in Resident Services will be providing feedback for the quality of your island. Follow the advice she gives, whether it’s to plant more flowers or build up the island more. Increasing your rating to three stars unlocks the Island Designer terraforming app, which completely opens up the options you have to customize your island, and K.K. Slider will start playing shows in your plaza on weekends. At five stars, you’ll start seeing the rare Lily of the Valley appear on the island, and with enough consecutive days as a five-star island, Isabelle will reward you with the coveted Golden Watering Can DIY. 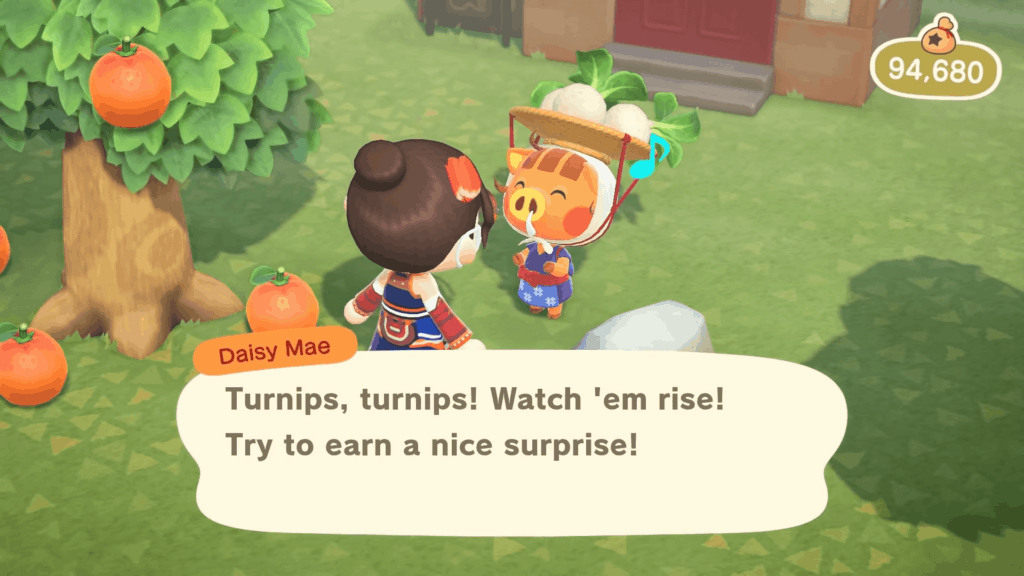 I’ve never been much of a morning person, but I always make an effort to get up early on Sundays, because between 5:00am and 12:00pm, I can catch Daisy Mae roaming around. The granddaughter of Sow Joan, Daisy has followed in the family business of selling turnips. You only have that short window of time to purchase turnips, which will range between 90-110 bells. Every day, from Monday to Saturday, the island’s main store Nook’s Cranny will have fluctuating prices on the root vegetable, sometimes dipping as low as 50 bells but sometimes rising as high as 600! The Stalk Market is a risky game to play, but if you play it right, you’ll be rolling around in bells in no time.

All 10 Games Announced at the Bethesda E3 Press Conference 2019

Fun fact: the play-on-words for the Stalk/Stock Market stems from the fact that, in Japanese, kabu (株) is both the word for “stock” and “turnip.” 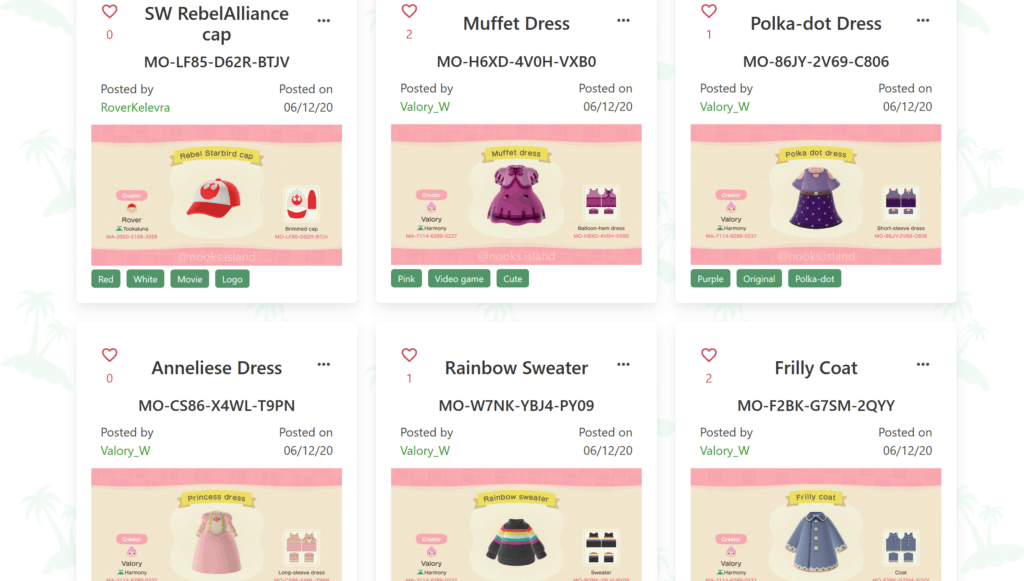 The online community for Animal Crossing has always been friendly and helpful toward one another, and the release of New Horizons has only helped to increase the scope of what’s possible. If you’re looking for a piece of flashy clothing or a specific cobblestone pattern, thousands of custom designs are available on Nook Island. If you want to keep track of the Stalk Market’s prices and start following patterns, Turnip Prophet will let you record your island’s prices, as well as predict what prices could be like for the rest of the week. If there’s a specific item or villager you’re looking for, Nookazon has listings for anything and everything you could possibly imagine, with sellers accepting payment in the form of bells, Nook Miles Tickets, or trade for other items. No matter what you’re looking for, there’s probably someone willing and able to help you get it.

Hopefully, these hints will aid you in creating the island of your dreams! Share any tips and tricks of your own in the comments below. Animal Crossing: New Horizons released worldwide on March 20, exclusively for Nintendo Switch.