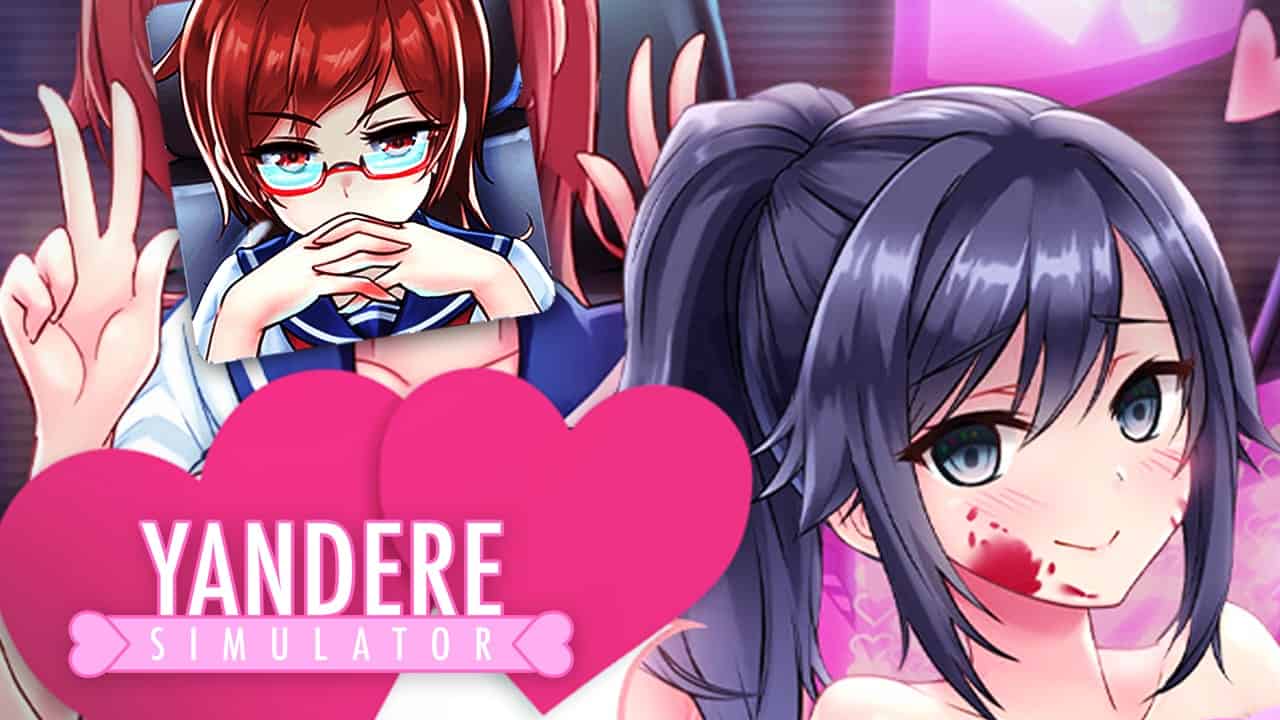 Previously, we had launched a poll for Yandere Simulator fans to vote on their favorite characters to appear in the crossover. Now, it seems the characters have been selected and Info Chan has appeared for a limited time in the Project QT store.

Disclaimer: The content of this game is intended for adults only. NSFW content ahead.  Some of the images below have been censored by our team to make it appropriate for this site. 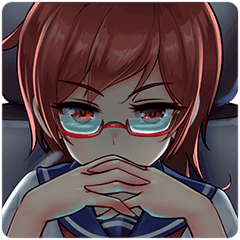 Most Yandere Sim fans are probably already familiar with her, but this artwork and design of Info Chan brings a totally new take on the character. 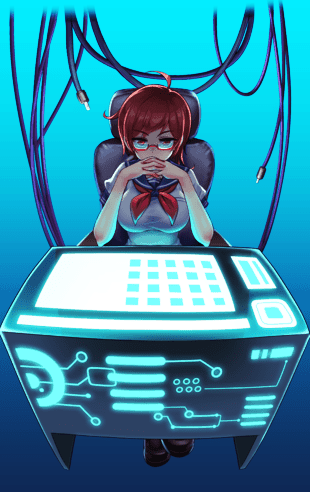 From within the game’s shop menu, the announcement for the Info-Chan “Summon Pack” can be seen. 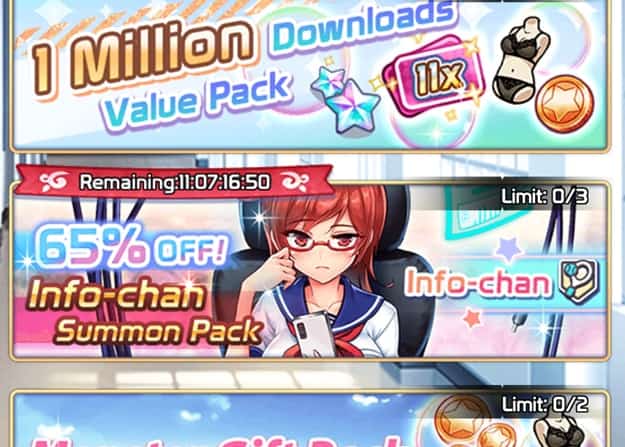 For those who are not familiar with Project QT, usually there are 5 levels of “artwork” for each character. As you could probably guess, the artwork gets lewder as the level increases.

How to Increase Levels?

The player needs to develop relationship point with the character through various ways in order to increase the level of each character.

According to this in-game announcement, Info Chan is only available for this time period and afterwards, “she will NOT be added to Basic Summon, Secret Shop and Chests.” 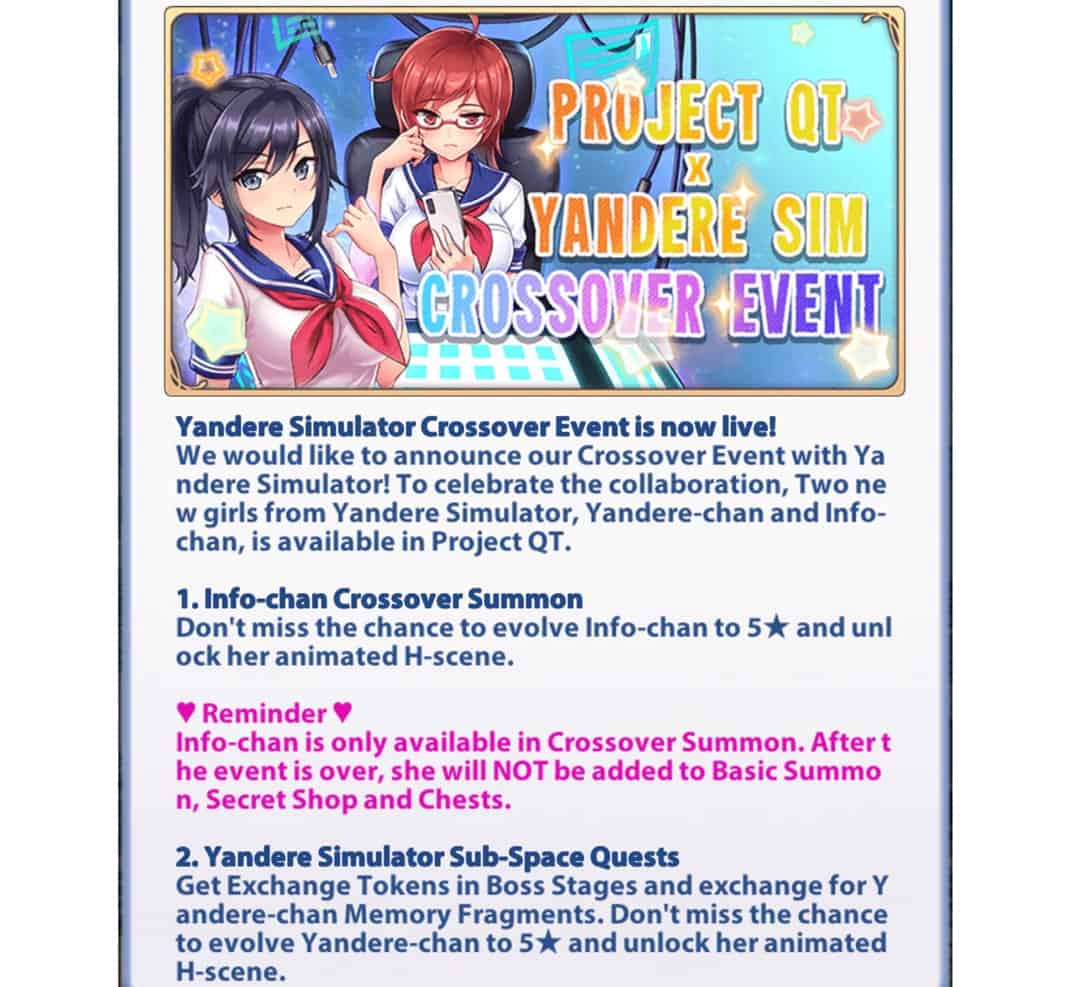 So it seems this really is a limited time only crossover. It’s not clear if Yandere Chan is also a limited edition summon? However, this crossover seems to entail much more than just artwork, as there are side quests and “memory fragments” to collect as part of the story.

How to Buy This Pack?

You can always go the old fashioned way and pay using your credit card, however we have also heard that Nutaku is giving away Free Gold as part of their way to help players “stay indoors” during this pandemic! 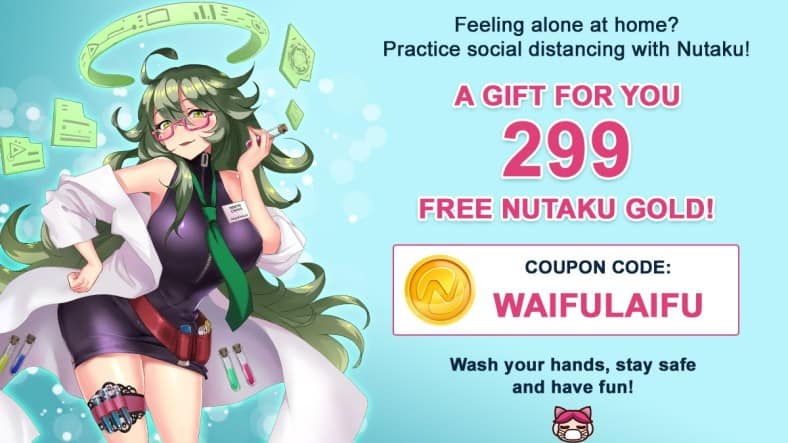 The current cost of the Info-Chan pack is 2,000 Gold, so this free 299 Gold can definitely help!

We also stumbled upon this ad for the chinese version of “Project QT” featuring Yandere Chan and Info Chan. 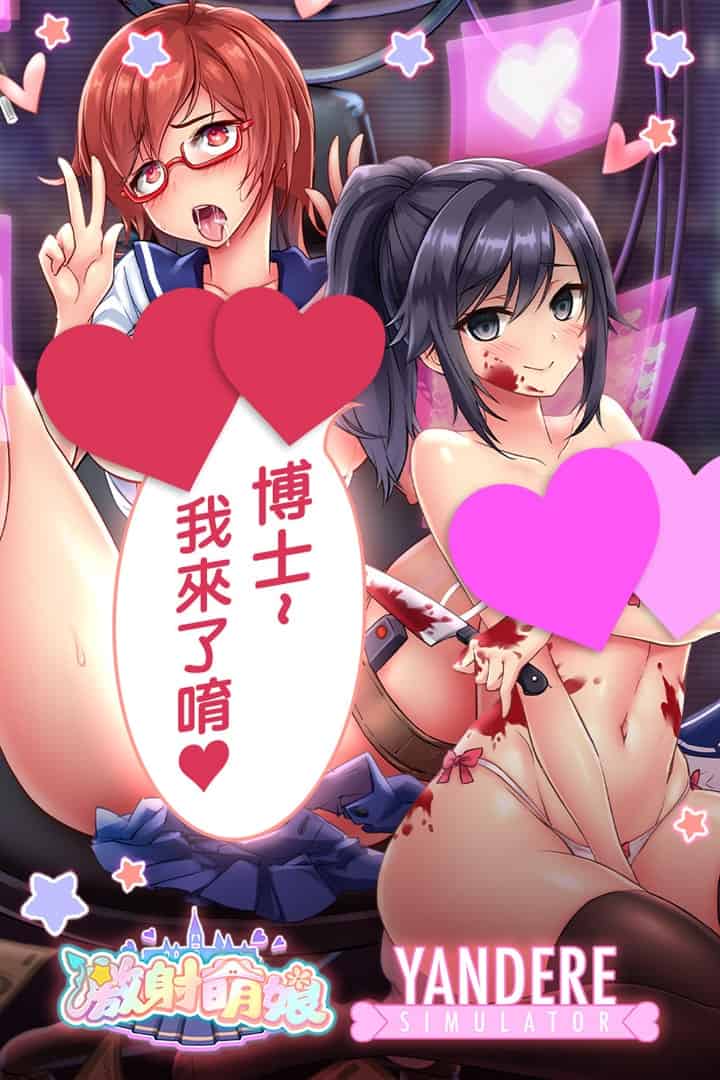 Not sure what the speech bubble says, Google Translate app wasn’t too helpful.

We had to censor this ad for the sake of our website!