In this article, we’ll take a look at the five richest billionaires in Japan.

Kuni Busujima is worth $4.9 billion and is currently the fifth richest man in Japan. He owns Sankyo which happens to be one of the three major Pachinko machine producers in Japan. Currently, the company is run by his son, Hideyuki, and he merely serves as the company’s honorary chairman.

He set up the company in 1966. Prior to this, he worked for Heiwa, a rival Pachinko company.

Hiroshi Mikitani is a Japanese business mogul worth $9 billion. He is the founder, CEO, and chairman of Rakuten, Japan’s largest online retailing company. Rakuten was founded in 1997 and ever since then, Mikitani has been focused on acquiring companies that can expand his global offerings and one day, outmaneuver established eCommerce behemoths such as Amazon and eBay.

Besides his holdings in Rakuten, he also owns a $100 million stake in Pinterest, as well as in Kobo, a Canadian-based eBook reader company. Currently, Hiroshi Mikitani occupies a wide array of positions in various companies.

Masayoshi Son is well known for being the richest man in Japan for a certain period of time. He is currently the CEO of Softbank, a telecommunications and holding company that he founded a year after he graduated from college.

He currently owns 25% of Softbank which is invested in over 1,000 internet businesses. He also owns residential property, worth about $45 million, in Tokyo. Also worth mentioning are his properties in California and the Tiffany building in Ginza- worth $117.5 million and $326 million, respectively.

Takemitsu Takizaki is a Japanese business mogul with a net worth of $24 billion. He is the founder of Kayence, a company that specializes in the creation of bar code readers, sensors, digital microscopes, and a variety of products that are utilized in factory automation systems.

The company engages solely in product planning and development and does not manufacture any end product(s). Manufacturing is outsourced to qualified contract manufacturers.

Currently, Takemitsu Takizaki owns 26% of Kayence. These shares are owned directly, through his son and his holding company, TT KK.

Tadashi Yanai is currently the richest man in Japan with a net worth of $42 billion. He is the president of Fast Retailing, a company which he founded in 1963, presently serving as the umbrella company for Uniqlo retail stores.

He owns a 46% stake in Fast Retailer, the largest apparel producer in Asia. His net worth also includes the stake owned by his two sons and his wife. Moreover, he is the chairman of Fast Retailer.

Let us know what you think of this article and of Japan, in general. Have you been yet? 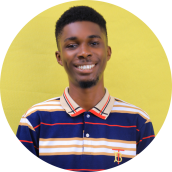