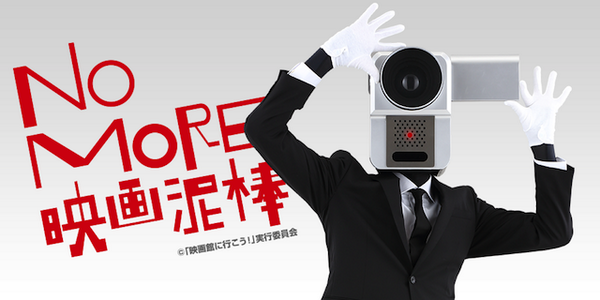 Studio Khara, the animation studio behind the newly released Evangelion movie, Evangelion: 3.0+1.0 Thrice Upon a Time, has released a statement regarding piracy of the movie after several leaked versions were discovered online.

On March 13, Studio Khara posted a Tweet in several languages detailing their take on illegal recordings of their works. According to the post, “copyright infringement is a violation of the Movie Theft Prevention Act and the Copyright Act and may result in imprisonment of up to 10 years or a fine of up to 10 million yen, or both. The company will take strict action against this kind of behavior.”

While the movie is seeing success, illegal online leaks are also steadily increasing, which would explain the statement being released in English and Chinese as well.

After nine years since the previous movie, the fourth and final installment of the Evangelion Rebuild film series has been released. The film has opened to its biggest premiere yet, beating out Demon Slayer as well as the previous movie’s first-day profits by about 23% with a total of $7 million.

The first film in the series, Evangelion: 1.0 You Are (Not) Alone, was released all the way back in 2007 and was the flagship for this series of movies. While 3.0 + 1.0 was initially scheduled for release in 2015, the film was met with delays when Director Hideaki Anno was asked to direct Shin Godzilla.

This would help to explain the presence of leaks and photos being taken back in 2018 when fans were hungry for any information they could get about the movie.

However, the long waiting time has allowed for tons of marketing for the film. Among the various ad campaigns, some of the stranger commercials have managed to stand out in a hilarious way, including one that features the character, Gendo Ikari, and his voice actor using phrases like “Shave Impact” to describe the quality of a razor.

Advertise with us
206
likes / shares
FacebookTwitter