It was also revealed on the website that the show will debut in January 2022. The anime will be streamed by Crunchyroll.

His strength limited by the magical crest with which he was born, Mathias, the world’s most powerful sage, decides reincarnation is necessary to become the strongest of all. Upon his rebirth as a young boy, Mathias is thrilled to discover he’s been born with the optimal crest for magical combat on his first try! Unfortunately, the world he’s been born into has abysmally poor standards when it comes to magic, and everyone thinks he’s still marked for failure! Now it’s up to Mathias to prove everyone wrong…world’s strongest sage-style! 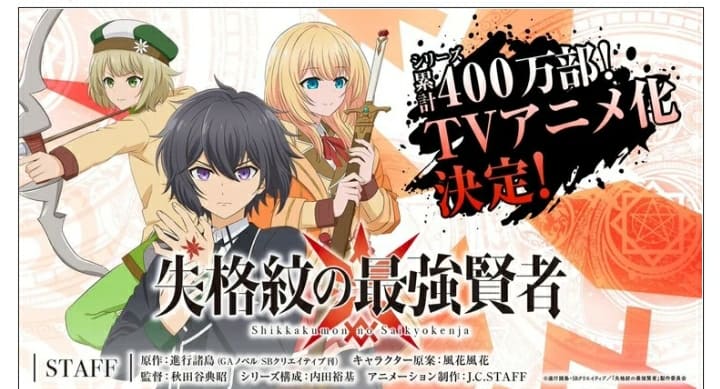 The staff of The Strongest Sage With the Weakest Crest includes Noriaki Akitaya (ORESUKI Are you the only one who loves me) as director, Huuka Kazabana (The Strongest Sage With the Weakest Crest light novel illustrator) as original character designer, Mina Oosawa (I-CHU) as character designer, and Hiroki Uchida (Date A Live III) as series composer. J.C.Staff is the production company for the anime.

“Attack on Titan” Breaks World Record for Largest Comic Ever

What are your thoughts about this update?

Advertise with us
4538
likes / shares
FacebookTwitter