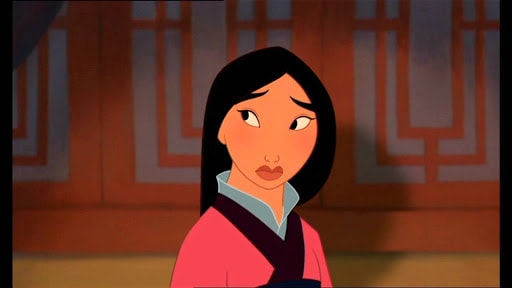 There has been plenty of hype about Disney’s live-action Mulan remake and I must admit even I had high hopes for it being a passable adaptation of one of the best animated movies in the last 30 years. Well, the reviews are in and they are not pretty…

Shame on Disney for failing to do something that should be well within their capacity, and I suppose shame on me for having any positive expectations. I’ve read reviews citing flawed CGI, lazy acting, bad set design, poor choreography, and obviously got a general sense that the movie is just un-enjoyable. In China, public opinion of this movie is apparently even worse. Disney originally stated that the movie was meant to be a more realistic depiction of the story and took out all the fun little bits of mysticism. Yet, they added a transforming dragon lady for some reason.

I can’t personally attest to any of this because I don’t have $30 to spend watching something, that I have on good authority, is a two-hundred million dollar cinematic turd. What I do have is $0 and an hour and a half to watch something very good instead.

The official title of the best Mulan movie to come out this year literally lists its resolution. The English translation is Matchless Mulan or Peerless Mulan. This is a movie made in China, in Mandarin Chinese, and is entirely comprised of Chinese people. Don’t worry, there are English subtitles, although the translation is a bit too direct.

Firstly, I’d like to give a robust shout-out to the costume crew for this film. I didn’t know anyone outside of the hardcore historical or cosplay communities could make period-realistic costumes that look this good. From the leather to the fabric, to the layering, it’s all quality pieces. Later in the film, you see dozens of beautifully made reproduction sets of bronze armor, in the style and colors that were common at the time. Additionally, the set design is simply awe-inspiring.

From what I can tell, the filmmakers built large sections of fortress city in the period style. There are several beautifully made, real high caliber sets in the movie. Nobody in Hollywood bothered to build real sets in years, preferring to use green screens and CGI trickery wherever possible. I am specifically referring to Jurassic Park (1993) as opposed to Jurassic World (2015).

Mulan, in this movie, is as the original legend suggests, a stone-cold badass. But also as the original legend suggests, she’s not magic. This movie depicts her as an exceptional soldier surrounded by other exceptional soldiers. She’s not a solo act, which I appreciate, especially because I’m tired of stories in which one magic kid is inexplicably able to defeat entire armies on their own as allies look on in a mix of awe, horror, and shameful arousal. None of that here! Just bad-ass demeanors and camaraderie all day long.

As she and her comrades train and become efficient soldiers, the deciding factor in battle is their ability to work together as a single fighting force. In terms of realism, this kind of story believability is indispensable to a good movie, and this one has it in spades.

You’ll notice I said that Mulan is not magic but that doesn’t mean there’s no mysticism to be found. It wouldn’t be an Asian fantasy story without some strange and inexplicable ritual wreaking havoc on the protagonists.

While Disney’s Mulan, both the 1998 animated and 2020 live-action movies, delve into all the spiritual, mystical, and mythological angles, with varying results, this movie only has a use for the pseudo-magical. Through a ritual, this old lady conjures a swarm of rats that swarm the fortress city and eat all the grain.

Actual rat problems were very commonplace in the historical context and many superstitions formed around them, therefore, an event like this is actually realistic. While I doubt magic had anything to do with it, it was a siege tactic to encourage rats to enter the enemy camp. An army marches on its stomach so if the rats eat all the food… you can guess why this can be a winning strategy.

What can we learn from this?

What lesson will Disney and Hollywood, in general, learn from this film? Probably, nothing. The fact that Disney spent $200 million to make a movie objectively worse than a movie that doesn’t even have its own Wikipedia page yet should be a wake-up call.

I don’t know how much the production of this movie cost but I’d bet it was a fraction of Disney’s dumpster fire. And every yuan of it is on the screen in glorious 1080p on YouTube. Oh yeah, did I mention it’s free on Youtube? Luckily, I personally didn’t even see any ads during the movie.

I strongly encourage you to watch this movie for free on YouTube and share it (and this article) with anyone who has good taste in movies.

Advertise with us
240
likes / shares
FacebookTwitter