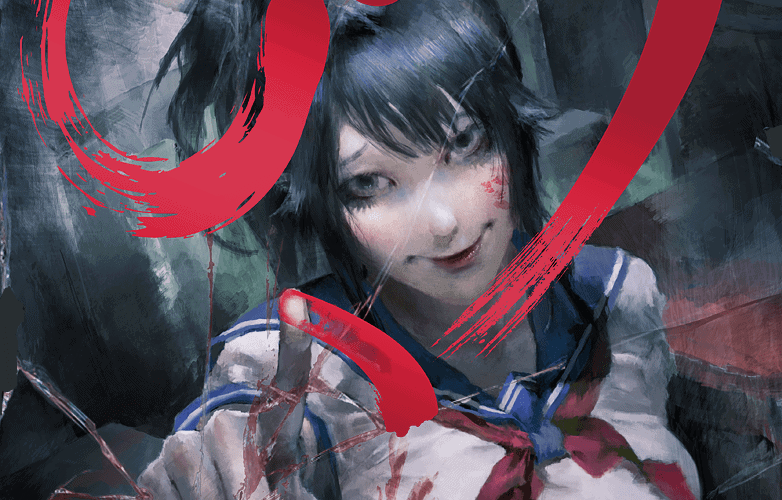 Character Design for “All For One” Gets Revealed

Yandere Simulator has always been a project close to my heart. I started working with YandereDev on various projects since 2015. We have tossed ideas back and forth about video scripts, cutscene ideas, etc. One of the most recent projects we were able to bring to reality was the Yandere Simulator Star Crossed Lovers Official Song and Music Video:

Over 6 months in the making, and we finally have a beautiful master piece!

You can buy this poster here!

The inspiration for this poster came from a few ideas, but I was mainly trying to capture something that was both beautiful and creepy. Two specific inspirations for this idea came from the Dark Knight Joker design: 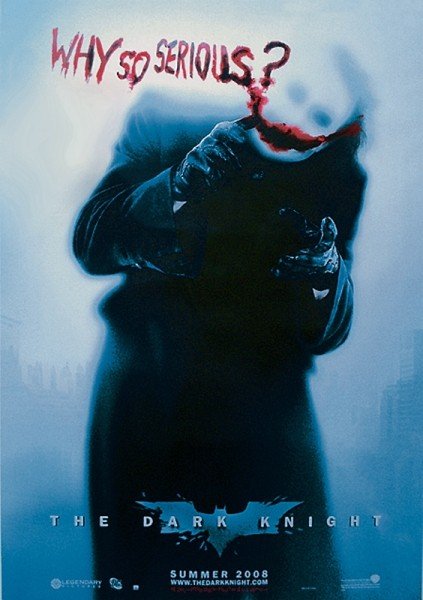 The other inspiration came from a game that is very close to me and is both creepy and beautiful, Majora’s Mask.

I came up with the idea to combine the creepy design of the “heart” from Majora’s mask and the blood writing idea from the Dark Knight poster to create a concept that fits perfectly with the Yandere Simulator universe.

The heart design that is seen in the logo was originally a proposal I had submitted to YandereDev for a new logo for the game. At that time he was debating between renaming the game from Yandere Simulator to LoveSick.

I felt that this concept really captured the idea of LoveSick really well.

An idea that is both creepy and beautiful needs to be handled delicately. If we made it too “creepy” we might end up crossing the line of overly “edgy” or “cringey” and if we didn’t make it properly the whole idea could be lost or the message might not have the right impact.

I knew I needed to get in touch with someone I could trust to execute this idea, and the only artist I knew who could handle something like this was Christian Angel. 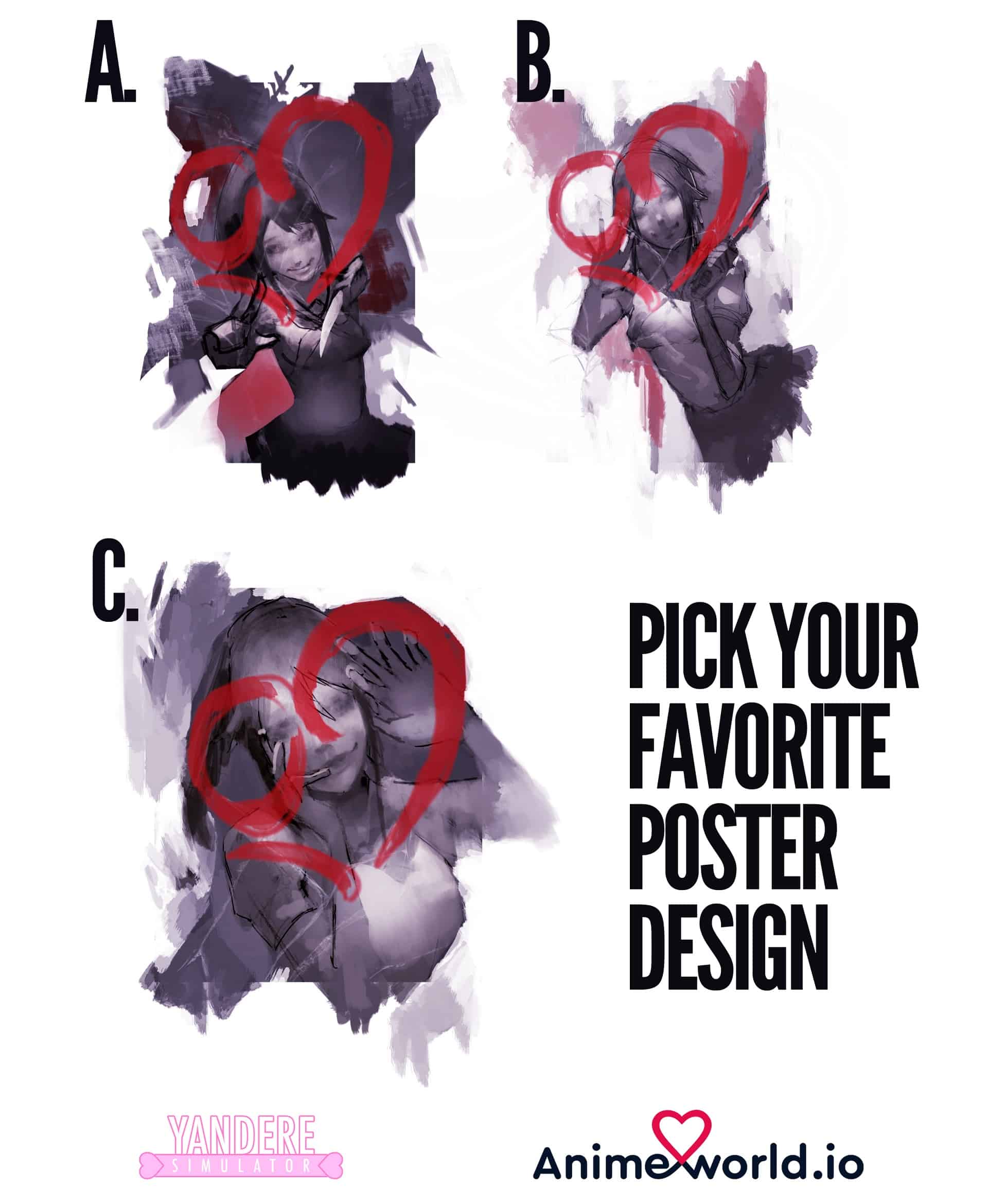 After explaining the concept to him, Christian quickly sent a few rough sketches with different concepts and ideas. They were all so great, I didn’t know which one to pick, so I did what we usually do in times like this, we posted it to AnimeWorld and put it to a vote.

Overwhelmingly the fans chose “A” and so we ended up going with that design. 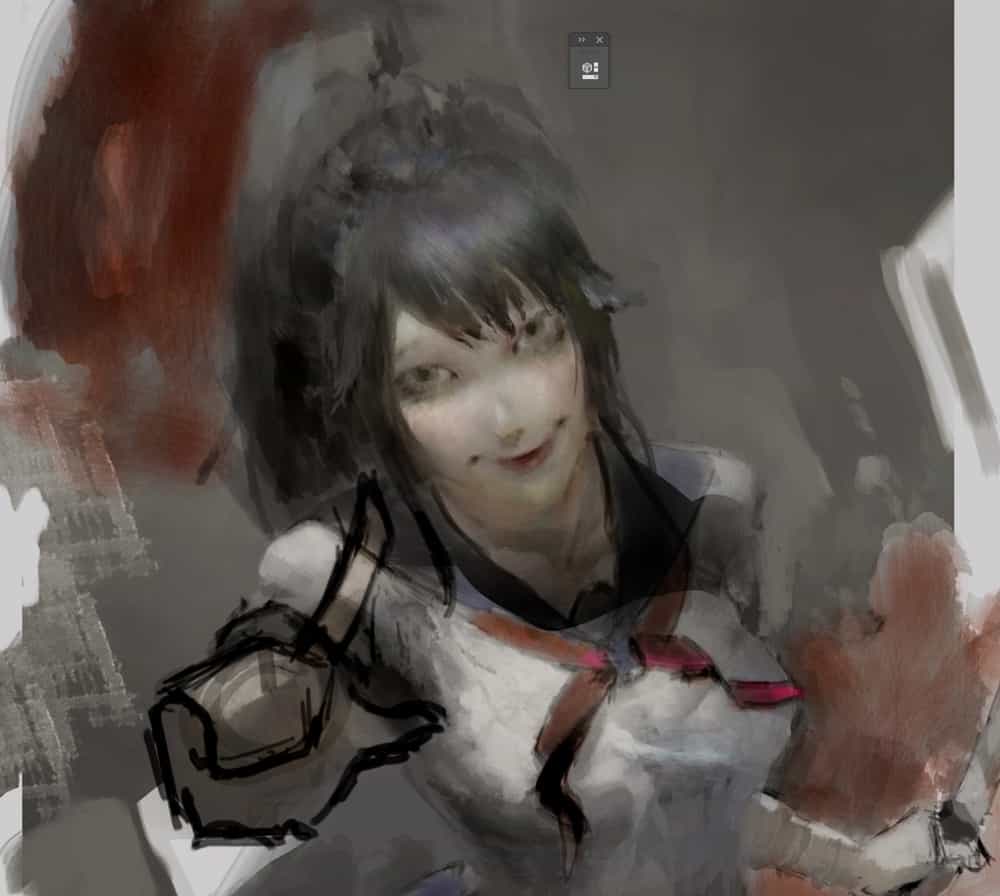 Very quickly, the idea began to evolve and slowly come to life! The details in her beautiful eyes were being worked on and it was as if the blurry image was slowly coming into focus. 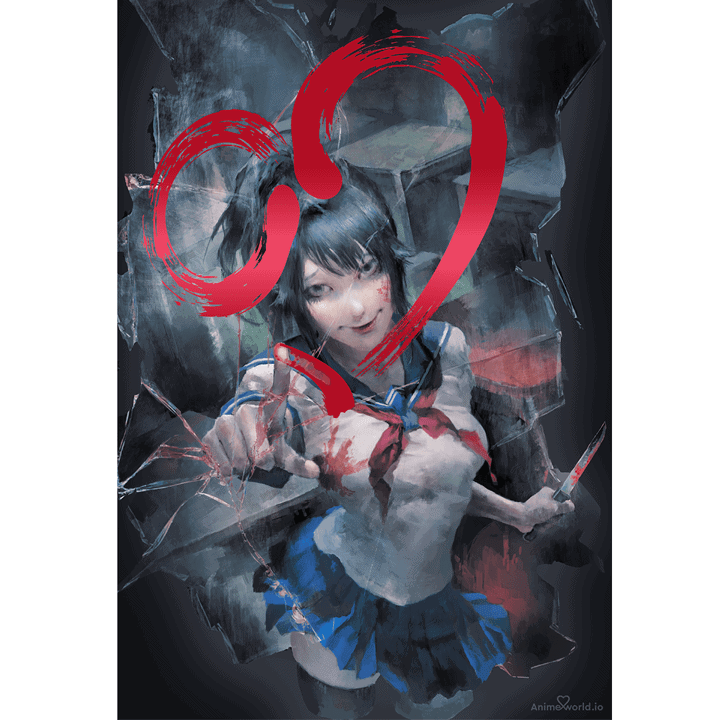 After what felt like a very quick time, the design was finally completed! (The version above was slightly modified to work for a CYMK print) 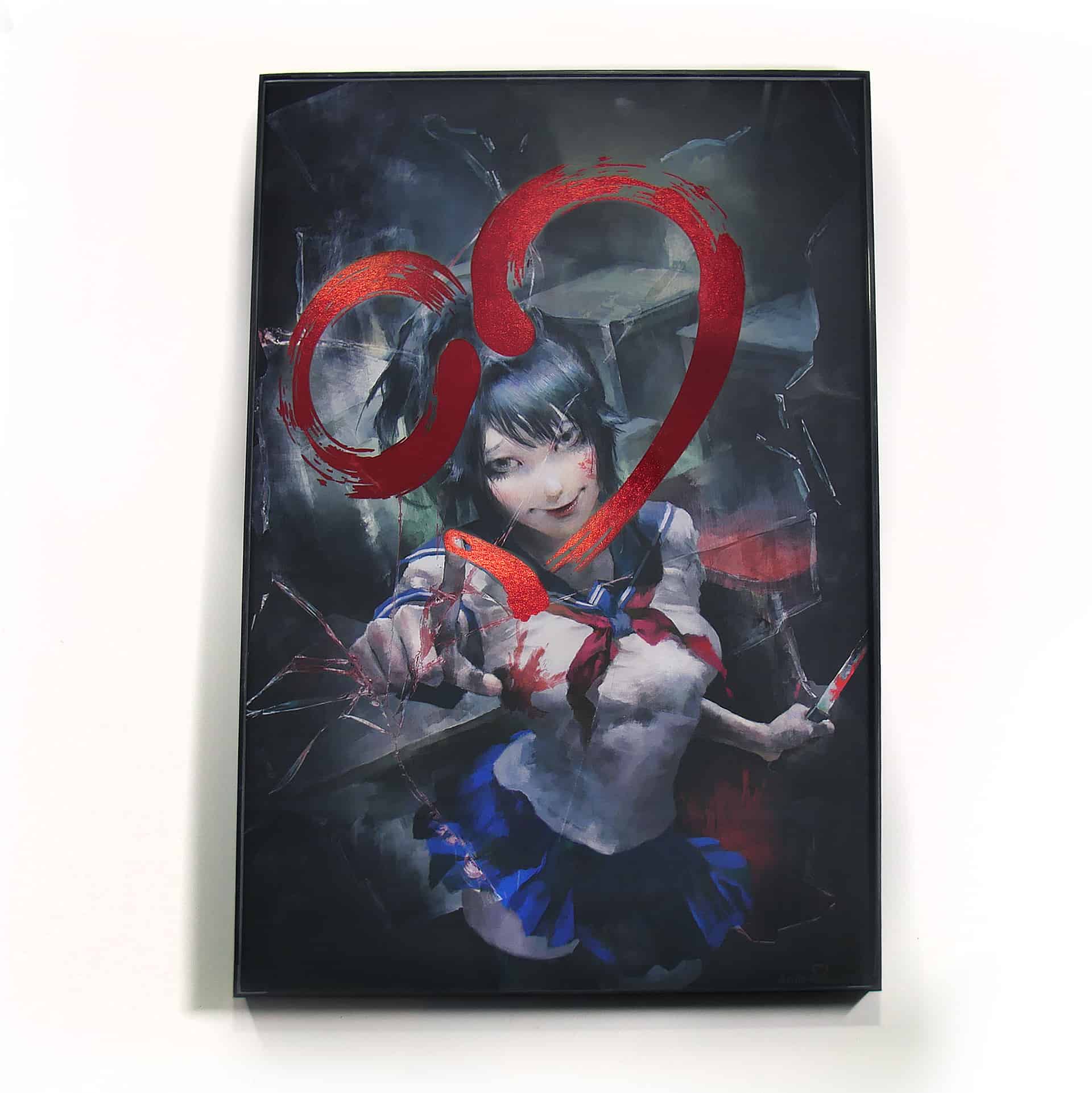 One of the most difficult challenges we faced was taking a proper photo of this thing! We humans have two eyes, so when we look at something like the holographic foil, we see two versions of it with each eye and it looks very shiny and interesting.

Video is probably the best way to capture the red foil with a camera!

Racists Tweets Get an Anime Cancelled!

Depending on the angle you view the poster, you can get some really neat effects!  This is our first ever official poster design, and the first poster I have ever run for commercial print. I knew we had come so far with the design and concept, and the execution of the idea by Christina Angel was FLAWLESS.

The only way to do this poster justice was to pay the extra cost, find a printer that could handle a large scale foil print, and get this design printed!

The size is 11 x 17 inches and the centerpiece of the design is the red holographic foil heart which reflects light and glistens off the matte finish of the poster. The paper that this poster is printed on feels quite thick and sturdy!

I’d really like to thank everyone who participated in the development and provided feedback for the design. All of our fans on Facebook and in the Anime Art groups have been such a huge help and support for these projects. Thank you!

I would also like to thank YandereDev and Christian Angel for being so supportive about this idea.

Get Your Poster at a Discount!

Overall I am very happy with how this design turned out. The final prints are currently in production and you can secure yours right now at a discount! 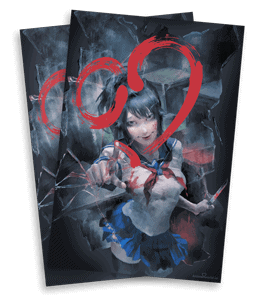 Use the coupon code, “PREORDER20” and get 20% off the poster! (Update, Pre-orders have finished, you can still buy the poster below!)

You can buy it here!

*Disclosure:  This is an UltraMunch (formerly AnimeWorld) exclusive. YandereDev saw the development and gave feedback for this idea to throughout its completion.