Manga creator Satoshi Mizukami has revealed that his The Lucifer and Biscuit Hammer (Hoshi no Samidare) manga is inspiring a television anime adaptation that will premiere this summer.

So the long-awaited adaptation is finally happening. The tweet below promises a Summer 2022 debut in Japan. No international release plans were shared. It also includes some art to commemorate the occasion. Mizukami’s comment on the announcement indicated that the anime will cover the entire manga “until the end.”

It has been revealed that Nobuaki Nakanishi (Koihime Musō, Mahōjin Guru Guru, Kasimasi – Girl Meets Girl) is directing the anime. Original author Mizukami is credited for series composition alongside Yūichirō Momose (My First Girlfriend is a Gal, Infinite Dendrogram, So I’m a Spider, So What?).

The story follows misanthropic college student Yuuhi Amamiya, who one day finds a talking lizard in his bed. The lizard tells Yuuhi that he has been chosen to become a Beast Knight, tasked with saving the world alongside a magical Princess. The threat to the world is a mage who wants to destroy the Earth with the titular Biscuit Hammer, a massive hammer hanging in Earth’s orbit. Yuuhi encounters the Princess, one Samidare Asahina. Samidare has her own plans, though. She intends to defeat the mage with Yuuhi’s help so that she can destroy Earth herself. 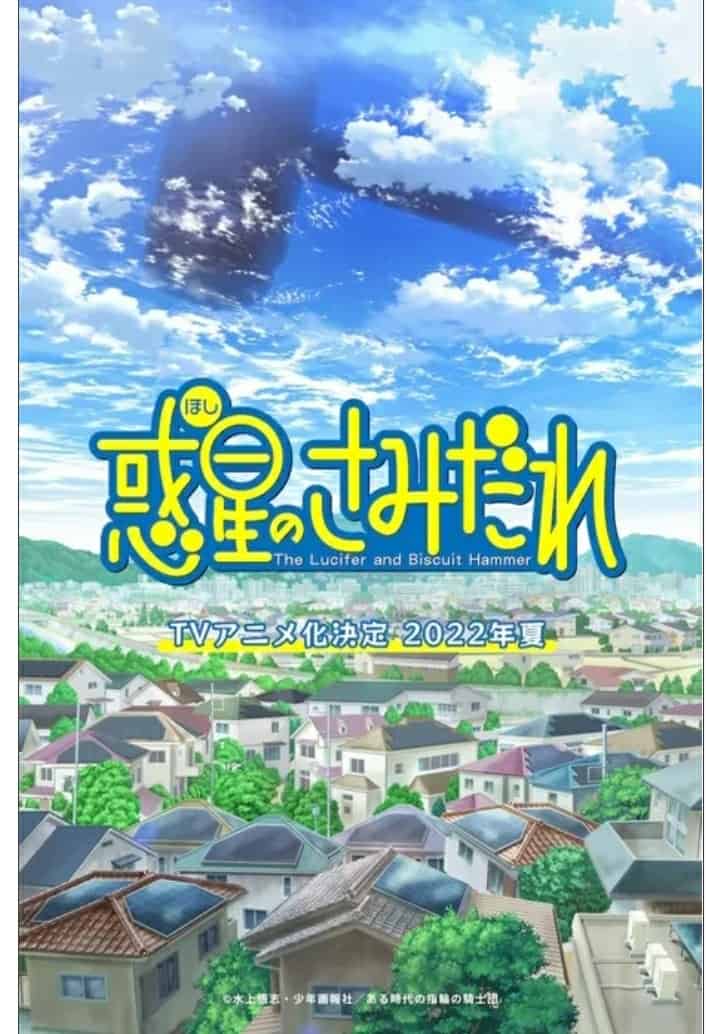 The manga is available digitally via Crunchyroll and Seven Seas Entertainment.

Mizukami launched the manga in Shonengahosha’s Young King Ours magazine in April 2005 and ended it in 2010. It was localized into English from 2012 through 2015 across 10 volumes. JManga once carried the manga, and Seven Seas Entertainment later licensed and released it.