The Journey is the first full-length collaboration between Saudi Arabia’s Manga Productions and Japanese animation giant, Toei Animation. The official website for The Journey (Journey: Taiko Arabia Hantо̄ de no Kiseki to Tatakai no Monogatari, or Journey: A Tale of Miracles and Battles on the Ancient Arabian Peninsula) has announced that the anime will premiere in Japan on June 25, 2021. The website also unveiled a visual for the upcoming movie.

The Journey is based on an epic tale drawn from the Arabian Peninsula and the collaboration with Toei gives it that distinctive anime look. The Journey exemplifies Manga Productions’ aims to create content for global audiences with international standards, support local talent, and showcase the region, its people, and its culture.

Manga Productions originally scheduled to premiere the film at the Cannes Film Festival in May 2020 until the physical event was canceled due to the coronavirus pandemic, delaying the anime film’s release for a year. We now have a premiere date for this film and the anticipation is as high as ever.

The Journey has a plot set 1,500 years ago. The film details the story of a man named Aws and the people of Mecca who are forced to take up arms to liberate themselves and their city from enslavement by a ruthless general and to prevent it from being destroyed.

The production staff includes both the Japanese team and the young talents from Saudi Arabia. Kobun Shizuno (Detective Conan films) is directing the film and Atsuhiro Tomioka (Pokémon films) is writing the script. Tatsurō Iwamoto is the film’s lead character designer. The anime film is being produced in Japan and Saudi Arabia simultaneously as Manga Productions has branches in Riyadh and Tokyo.

MORE ON THE SAUDI ARABIA-JAPAN COLLABORATION

Essam Bukhary, CEO of Manga Productions (Saudi Arabia), had this to say: “The Journey is a milestone project for Manga Productions, which since its start has been seeking to be a global pioneer in creative content”. 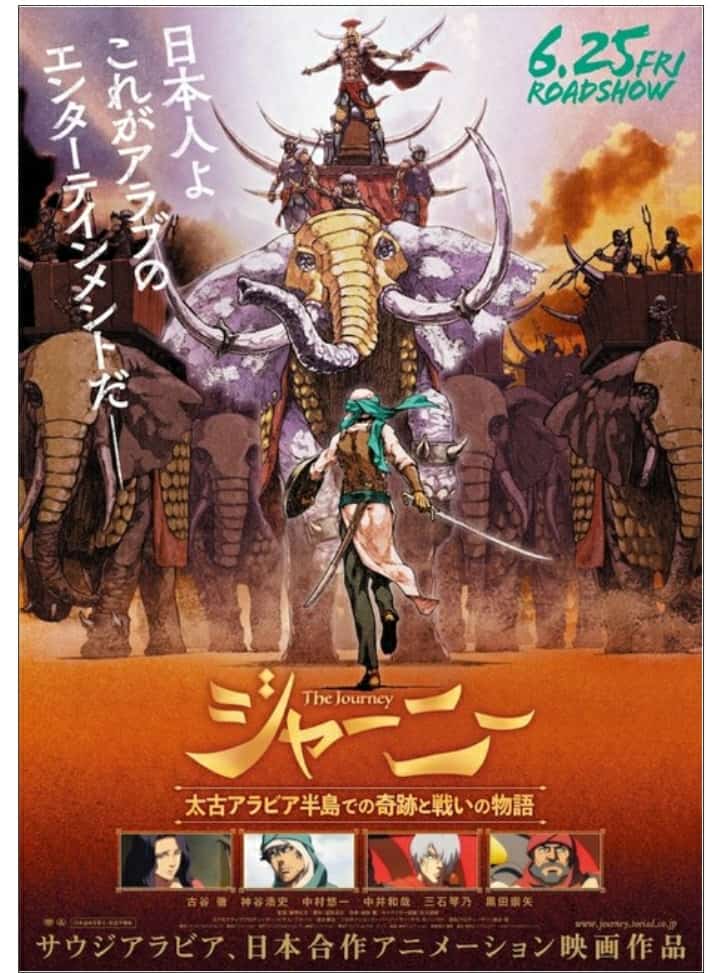 AnimeExpo 2020 Cancelled due to Covid-19

“It has been a great challenge for us as Japanese from the Far East to share in the history of ancient Arabia, which has completely different customs and cultures from ours. With the supervision and assistance of the Saudi team, we were able to collect the materials and ideas needed to prepare this film.” – Shimizu Shinji, chief advisor at Toei Animation.

Manga Productions is a subsidiary of the Prince Mohammed bin Salman Foundation, also known as MiSK. MiSK has signed several deals to train Saudi Arabian talents in design and animation. Their aim is to create animation, comic, and video game projects to “promote Saudi ideas and messages internationally”.

Will you enjoy this one-of-a-kind anime film? What are your thoughts on this unprecedented collaboration for the movie?