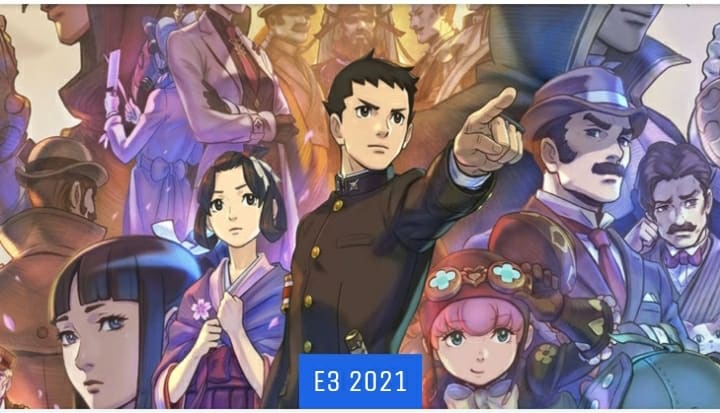 CAPCOM’s E3 2021 showcase did well in showing off new features, more about the characters, and the ever-present power of “OBJECTION”!

The release date for the games has been confirmed. CAPCOM will release the game in the West on July 27 and in Japan on July 29. The game will launch physically and digitally for Nintendo Switch, as well as digitally for PlayStation 4 and PC via Steam in the West.

From the trailer videos, we can see that the game is set within the Victorian London era. The upcoming Ace journey will introduce players to new characters and challenge them to confront new cases. The gameplay focuses on the investigation and courtroom antics that players have gotten accustomed to.

There are also some additional features that will be making their debut in this new game, such as “The Dance of Deduction”, a feature that challenges Herlock Sholmes and Ryunosuke to use abductive reasoning to solve their case. Logic is key here, however, sometimes, you will still jump to the wrong conclusion.

Another new feature is the “Summation Examination”. With Summation, jurors have to explain why they’ve issued a guilty verdict. The defense attorney, then, needs to try to nudge out some new information in order to bolster their own stance. Do you think you are capable of changing the jury’s mind? Well, give it a try.

The Great Ace Attorney Chronicles will include both English and Japanese language options. The compilation will feature bonus content that was previously DLC in the original releases, including mini-episodes, videos, and alternate costumes.

Follow us on Discord and Facebook for more news and updates on all the hot topics of gaming, anime, and more!

Advertise with us
12
likes / shares
FacebookTwitter