The staff for the television anime of Mato Satō and Nilitsu‘s The Executioner and Her Way of Life (Shokei Shōjo no Virgin Road) light novel series has posted four-character promotional videos. The action fantasy anime is set to premiere on April 1.

Previously, we covered the release of the trailer.

The production team for the anime includes:

Ryō Hirata is designing the props, and Teruhiko Niida is directing the art. Keishi Okuda is the color key artist. Issei Shibayama is directing the 3D CG. Shingo Fukuyo is the compositing director of photography, and REAL-T‘s Kentarou Tsubone is editing. 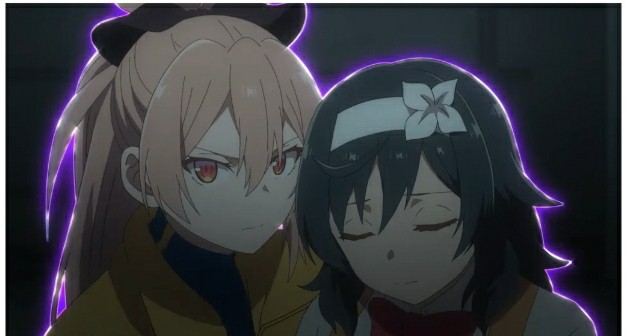 The Executioner and Her Way of Life is based on the light novel series written by Satou Mato and illustrated by Niritsu, which is published under SB Creative’s GA Bunko label. Warner Bros. Japan describes the story as follows:

Once upon a time, the world was thrown into chaos by The Lost Ones” — people from another world with special powers known.

To maintain peace, “The Executioners” are ordered to kill “The Lost Ones”  without mercy.

This is the story of an unlikely pair: the Executioner Menou, who tries to be pure, honest, and carry out her mission — and “The Lost One” Akari, who is impossible to kill.

Advertise with us
146
likes / shares
FacebookTwitter