The wonderfully eclectic and beautiful amalgamation of tradition and innovation in Japan is astounding. It’s one of the main reasons why visitors to this country are so enraptured from the moment they step foot into it. Often, the high-speed Shinkansen trains and bright city lights are what charm people first, but the historical cities that still exist in Japan are the hidden gems.

To truly experience olden-day Japan, you may need to travel outside the main cities, but trust us, it’s worth it.

We’ve listed below five of the most historical cities in Japan that you should plan to visit whilst you’re here! 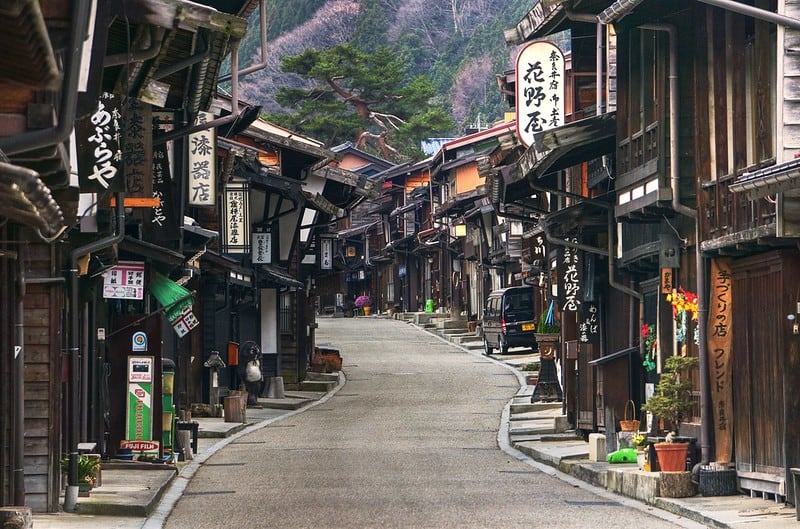 Narai-juku is the most picture-perfect little town. Located in the mountainous Nagano prefecture, it’s situated along the historic Nakasendo highway. A popular travel route during the Edo Period, the Nakasendo highway stretched between Kyoto and Edo (now known as Tokyo), and served many thousands of merchants and travellers every year.

Narai-juku was a popular stop along the highway, offering rest-stops and restaurants. It was buzzing back in the day, but today, it offers visitors one of the most serene atmospheric experiences.

Narai-juku’s charm lies in its retention of the olden style buildings with overhanging second stories and lack of motor vehicles on the roads. Instead, people opt mainly to walk around here at a leisurely pace, taking in the sights, eating at family-owned restaurants, and generally just taking in the nostalgic vibes of the town. 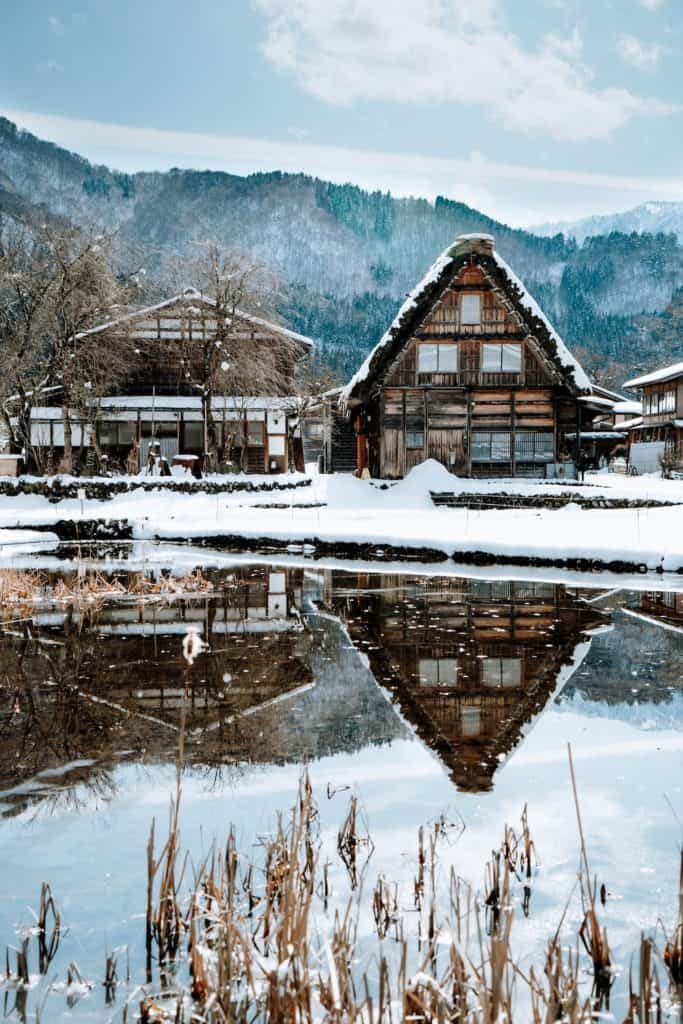 Have you ever come across those beautiful pictures of a small historical village in Japan, complete with snow-capped thatched roofs? That’s most likely Shirakawa-go!

Shirakawa-go is located deep in the remote mountains of Gifu. Its neighbouring village Gokayama is also a stop that most travellers like to combine together, as each offers a unique charm that’s equally nostalgic and breathtaking.

One of the biggest understatements about Shirakawa-go is that it is beautiful. Many people who visit this charming little village become obsessed; it really is quite unlike anything they’ve ever seen before.

What sets Shirakawa-go apart is the scenery you get when overlooking the towns from above. The gassho-zukuri farmhouses (steep thatched roofs that are designed to withstand large amounts of snow) against the backdrop of looming mountains is simply spectacular.

During winter, when the snowfalls add that extra charm to the village, it actually becomes illuminated at night – a sight you don’t want to miss. 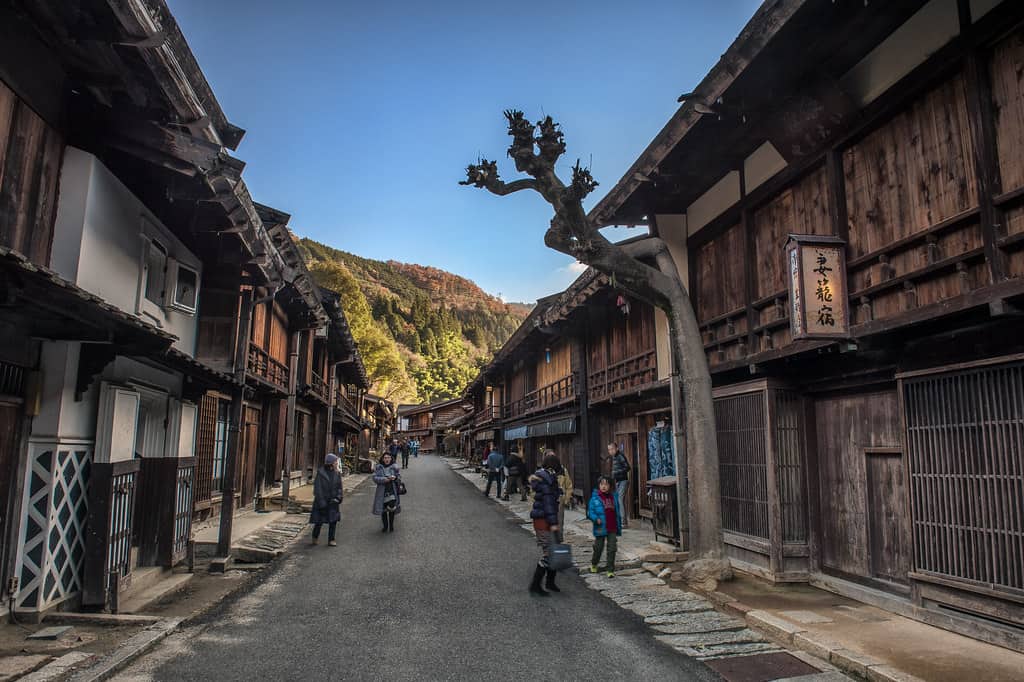 Tsumago, similar to Narai-juku, is another post-town on the Nakasendo route. It’s actually become quite popular as being one of the best preserved towns to visit if you’re after a historical experience.

Here, all the towns’ residents work hard to preserve the Edo-period ambiance that visitors love so much. From prohibiting cars on the roads to concealing phone lines and poles to regular maintenance of the buildings – you’ll appreciate every small detail once you arrive and feel like you’ve stepped back 100 years in time.

The best way to experience Tsumago is to stay at one of the local minshuku or ryokan and hike the popular route from Tsumago to Magome. 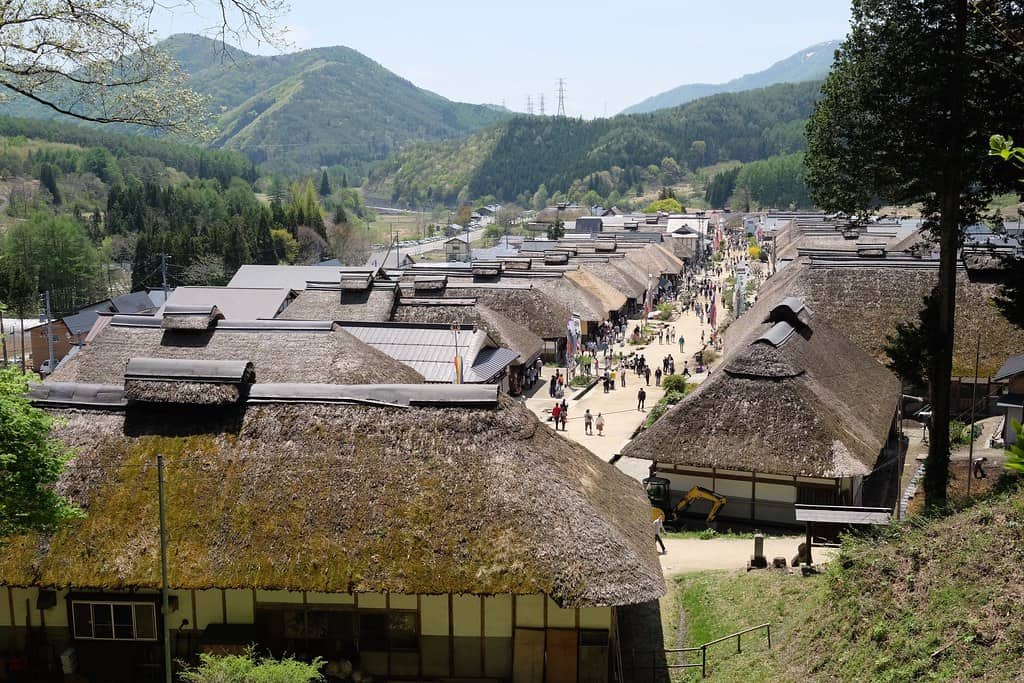 Similar to Tsumago, Ouchijuku is a former post town that’s risen in popularity for its restored Edo Period atmosphere and aesthetic.

What to Expect from Animanga 2020

Ouchijuku is located along the Aizu-Nishi Kaido trade route which connects Aizu with Nikko, and is in present day located within the Fukushima Minamiaizu district.

Since becoming designated as an important historical preservation building district in the 1980s, major efforts were made to ensure that the Edo-style charm of Ouchijuku was conserved in the best way possible.

Visitors today can enjoy the unique beauty of the thatched roof houses made of Suzuki grass and reed-like plants. The insides of many of these houses have been transformed into shops, museums, and restaurants that can be visited by tourists.

For a picture-perfect photo, head to Miharashi-dai which is located on a hill overlooking the town. 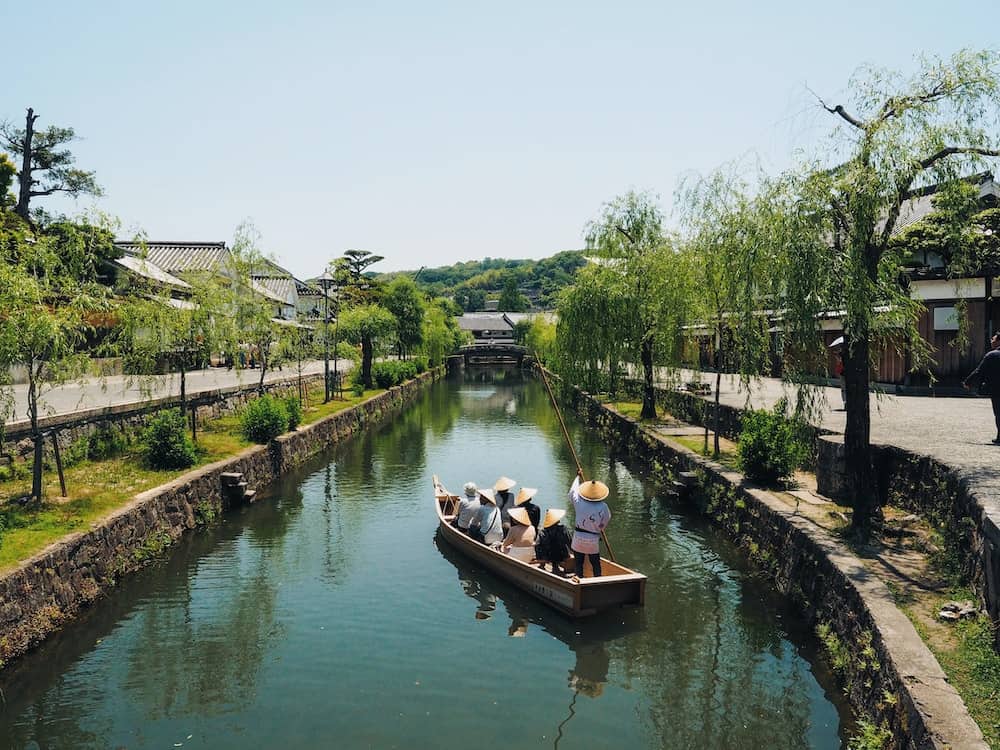 The Kurashiki Bikan Historical quarter is a preserved part of the Kurashiki district in Okayama. During the Edo Period, Kurashiki played a major role as the area where they would store large quantities of rice from the surrounding neighborhoods before shipping them to the main hubs like Osaka and Edo (Tokyo). Canals were built throughout the area to allow boats to navigate between the many storehouses and neighboring ports.

Today, even though the area itself has been upgraded to a more modern town, you can still visit the Kurashiki Bikan Historical quarter for some nostalgic beauty. During certain seasons, weeping willow trees sweep through the canals, and the stone bridge backdrop is an absolute dream for photographers hoping to catch that unique Japanese historic aesthetic.

Being able to truly feel like you’ve been transported back in time simply by being in a well-preserved space is an experience that the Japanese people have mastered. If you think that you can just appreciate the historic beauty through images and would rather do other things whilst in Japan, think again!

Much like monumental landmarks such as Mount Fuji and the explicit constant buzz of life in Tokyo, it’s one of the things that you need to personally experience to truly appreciate how amazing it is.